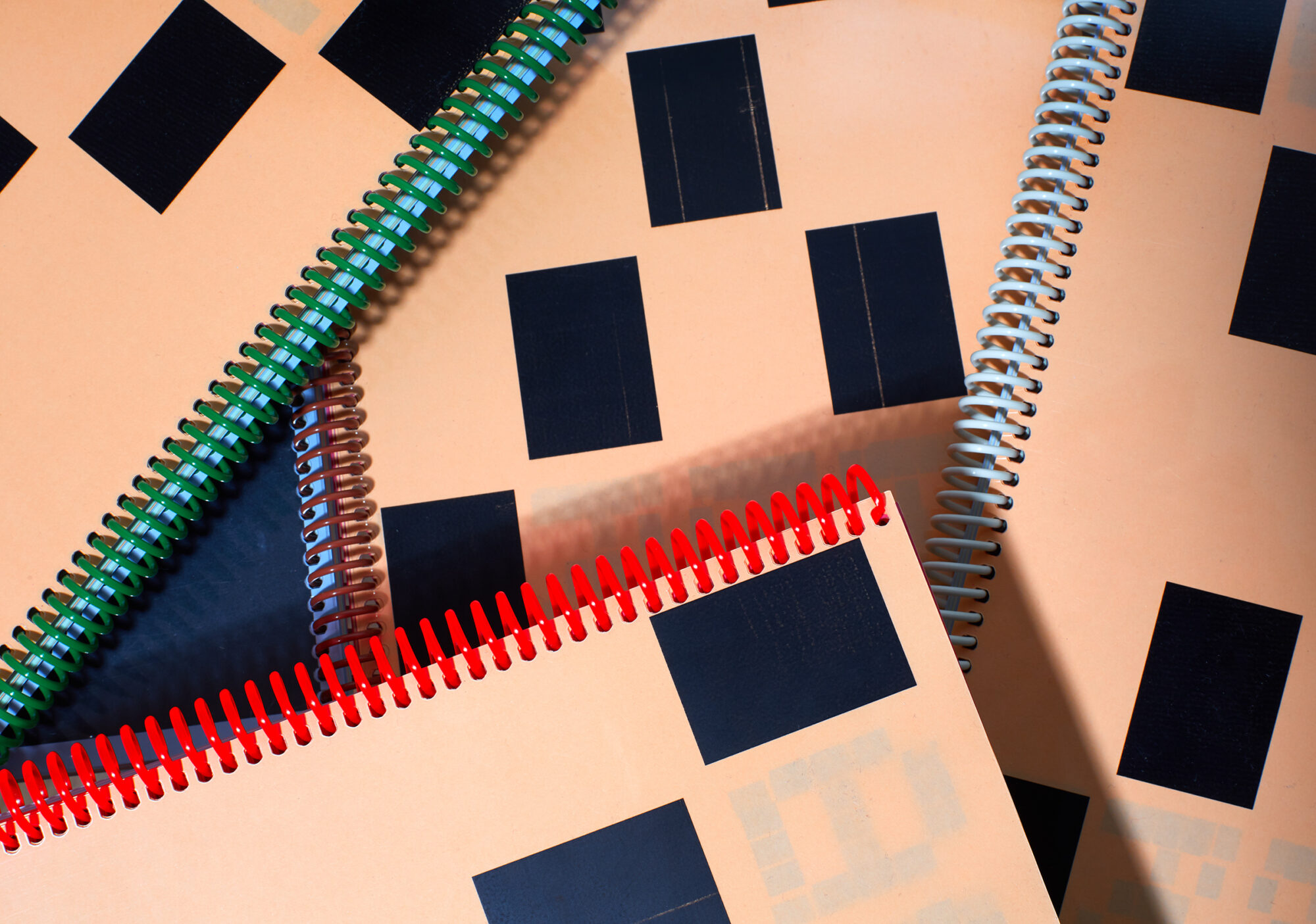 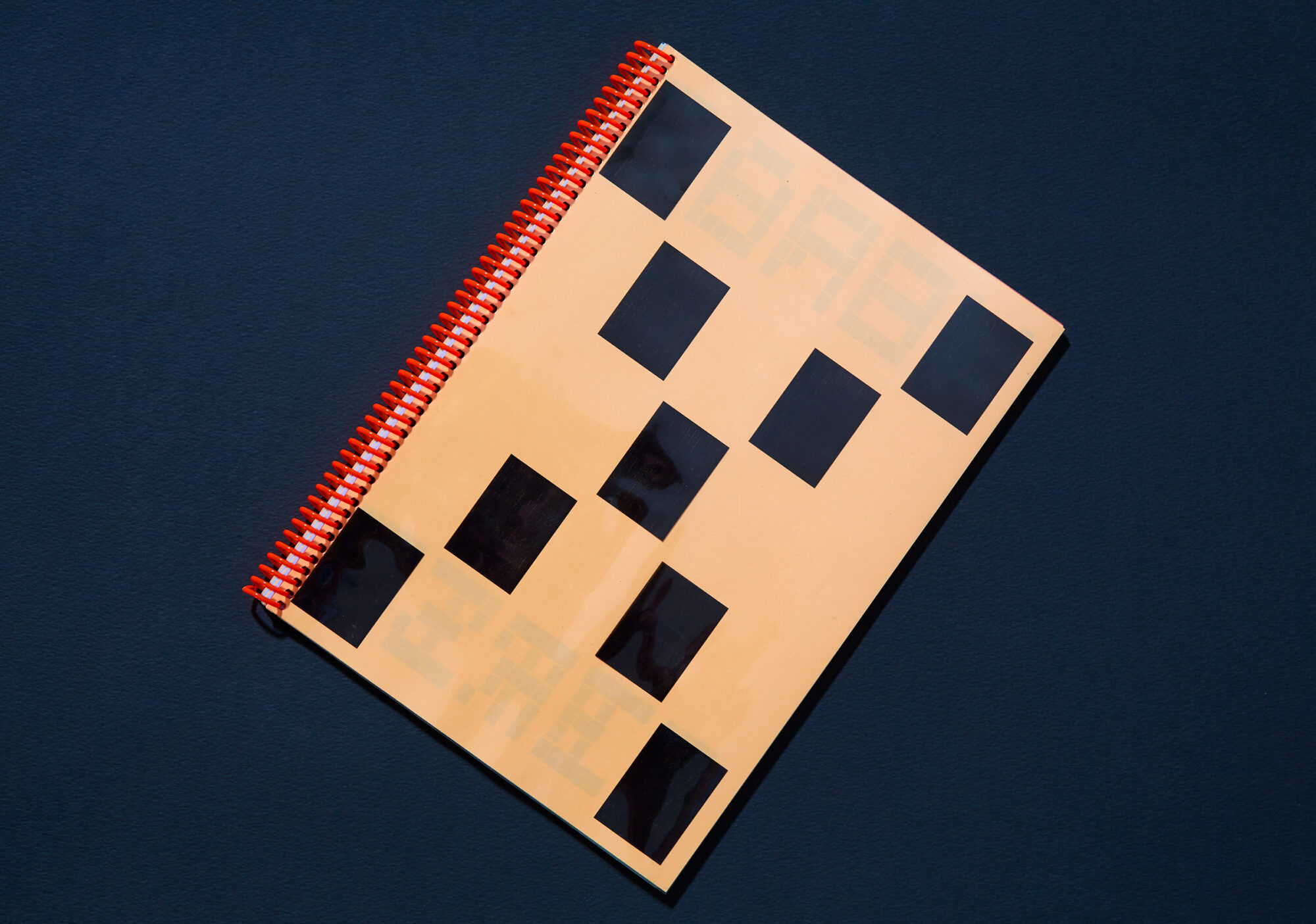 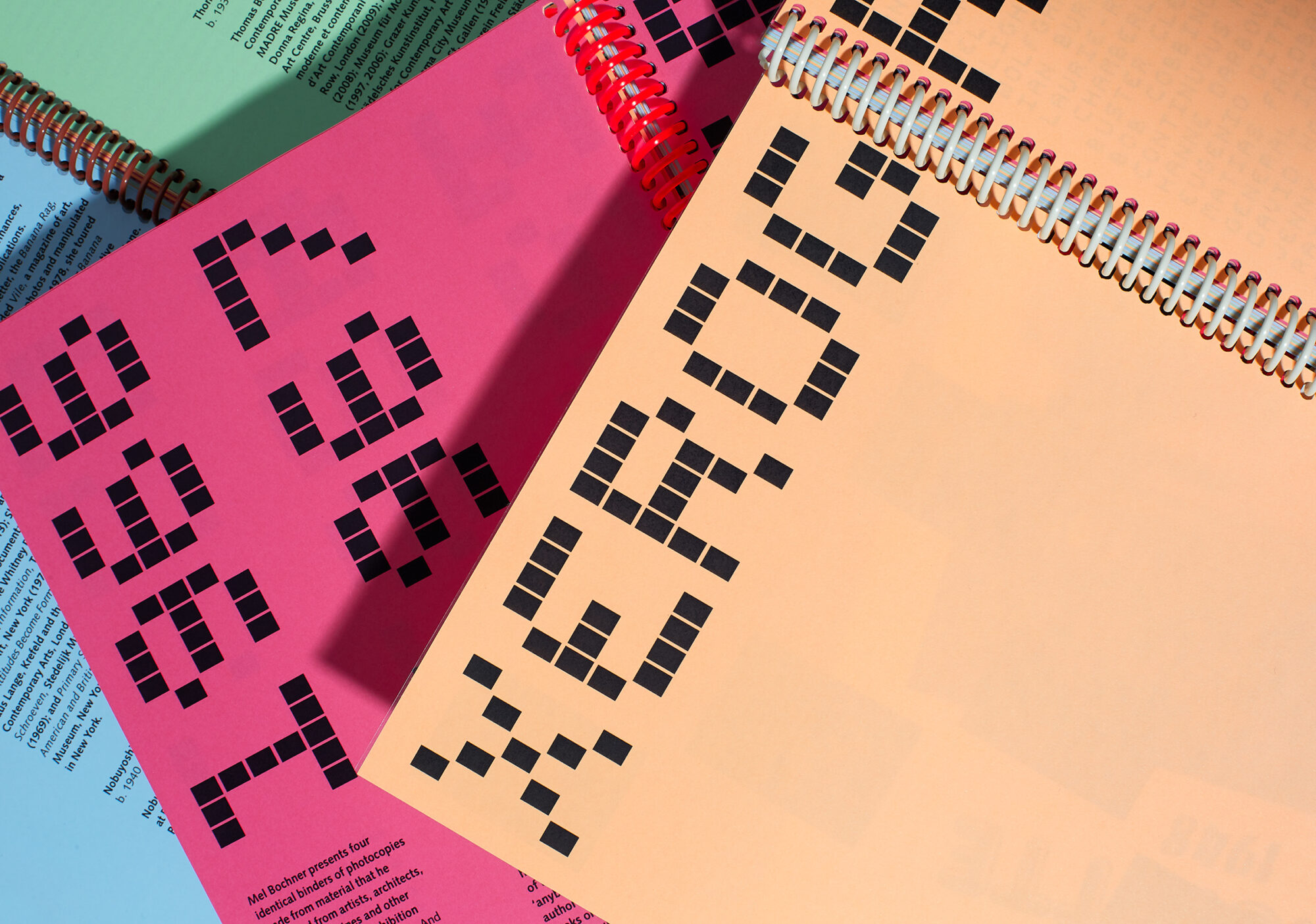 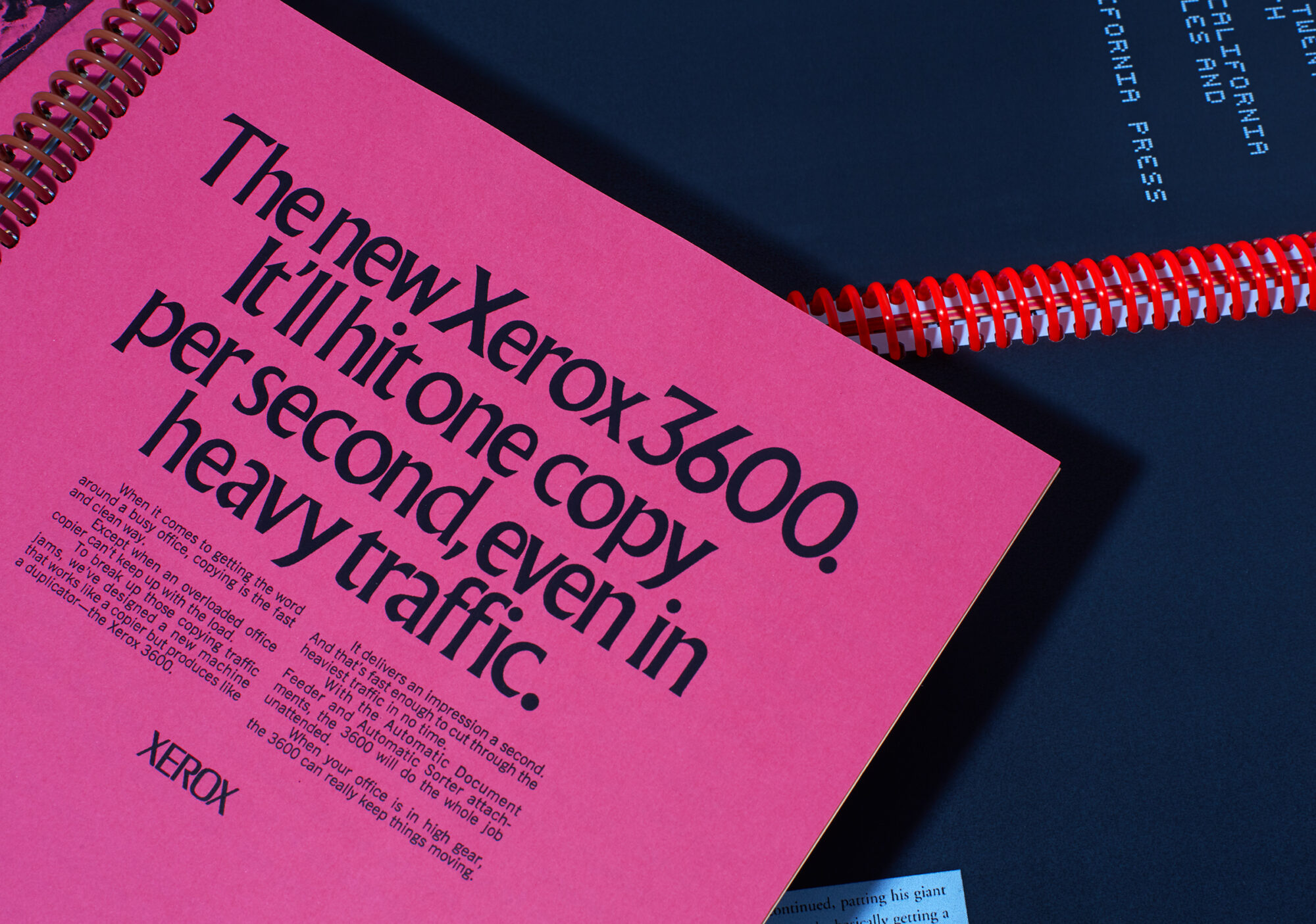 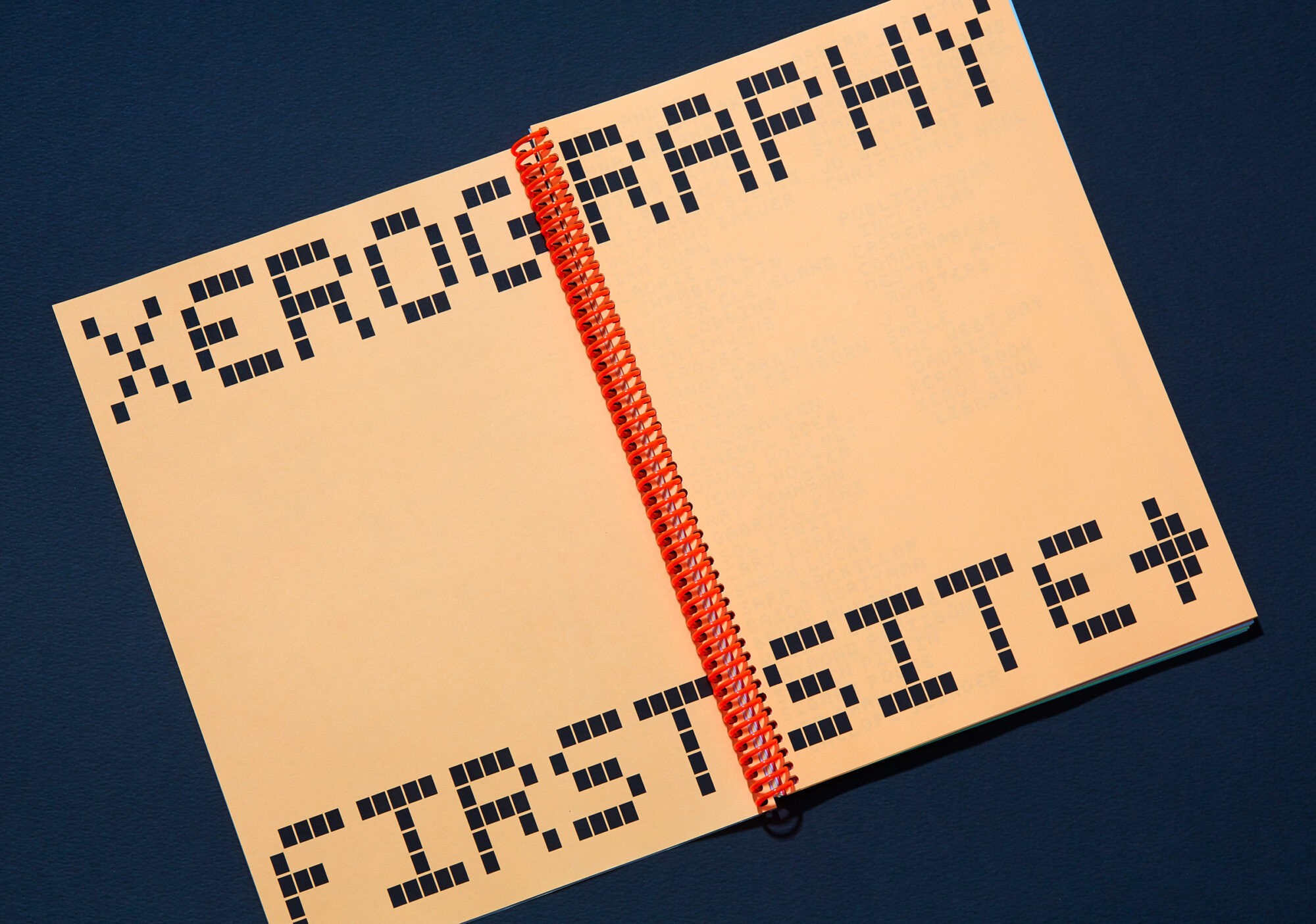 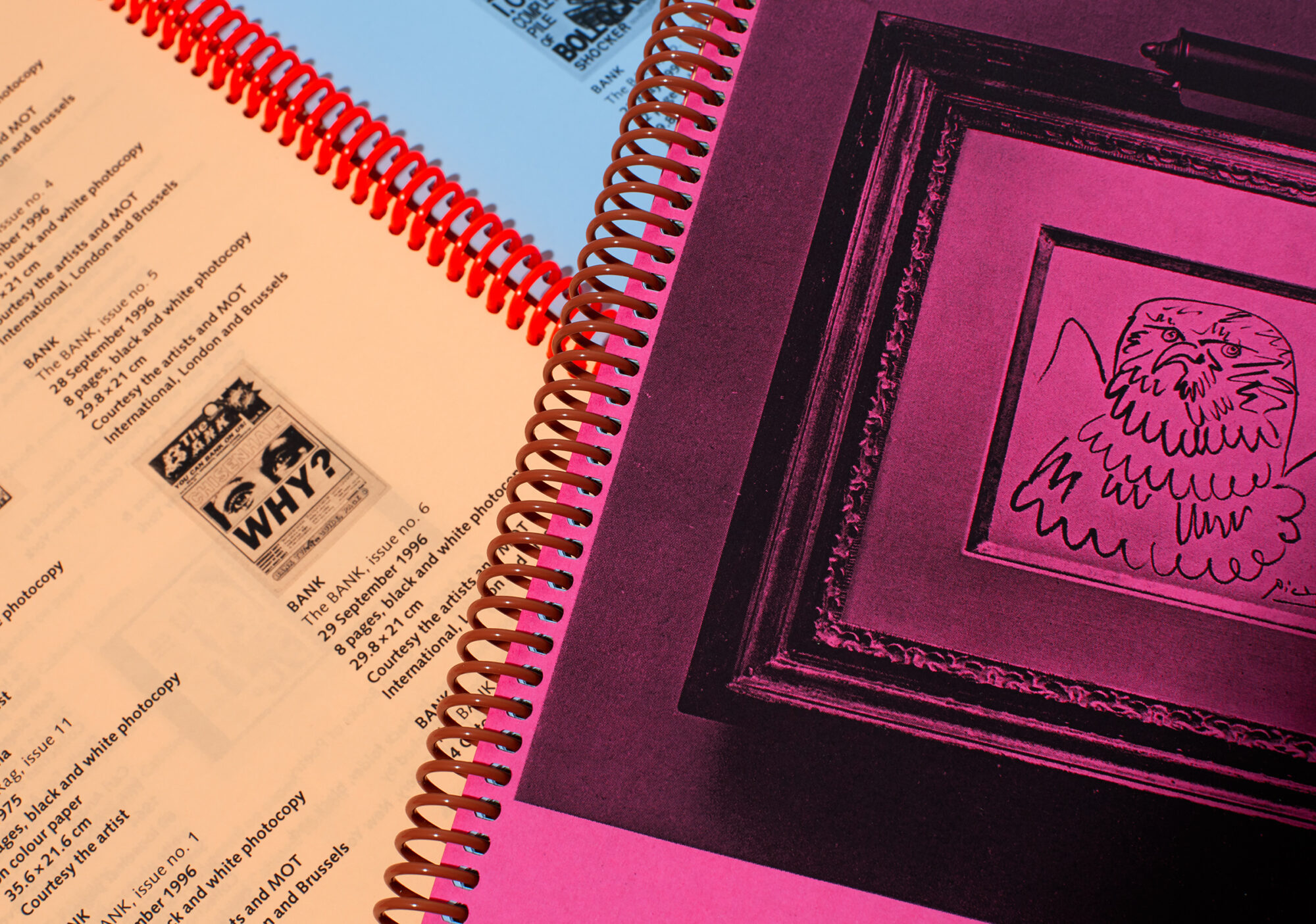 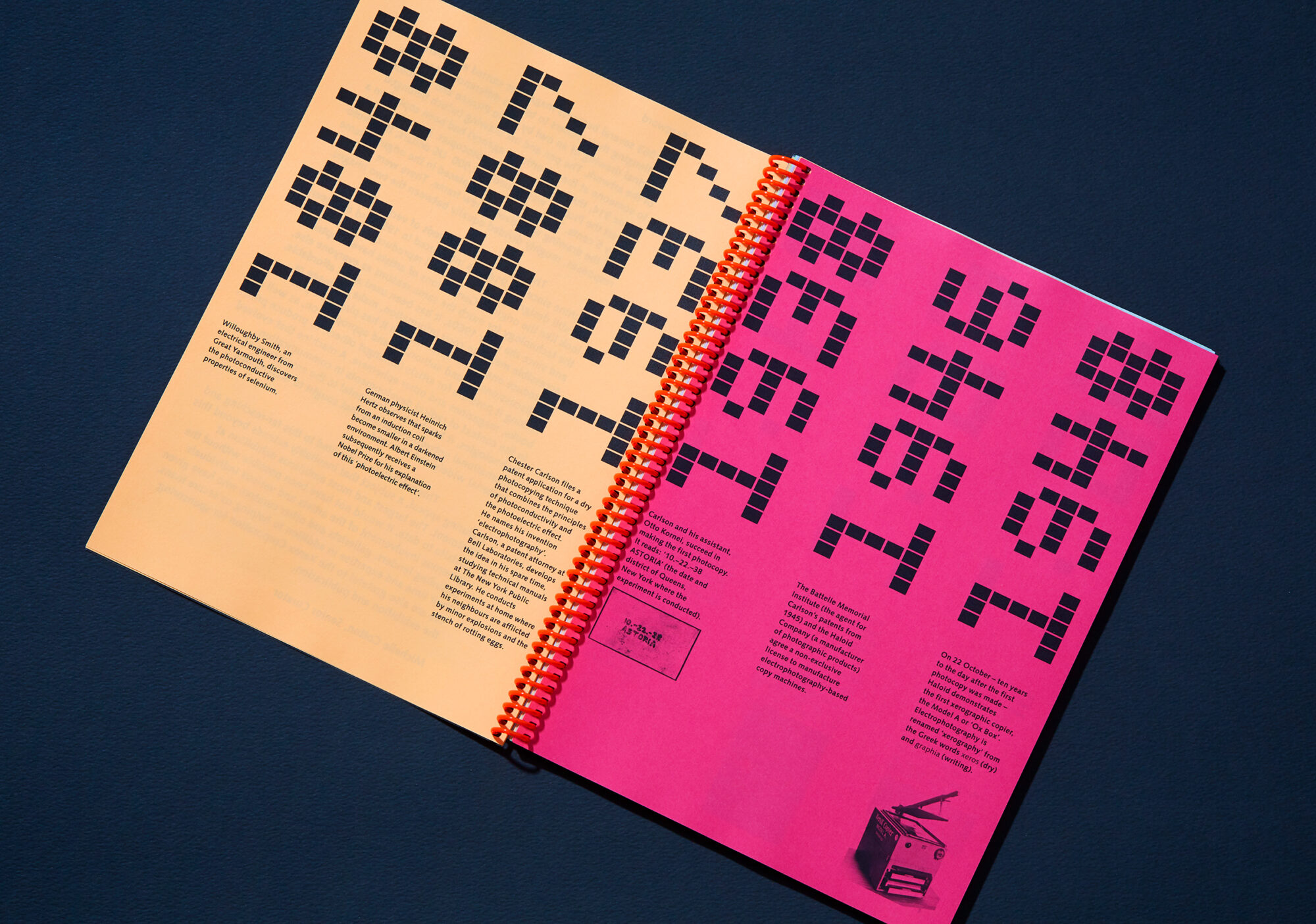 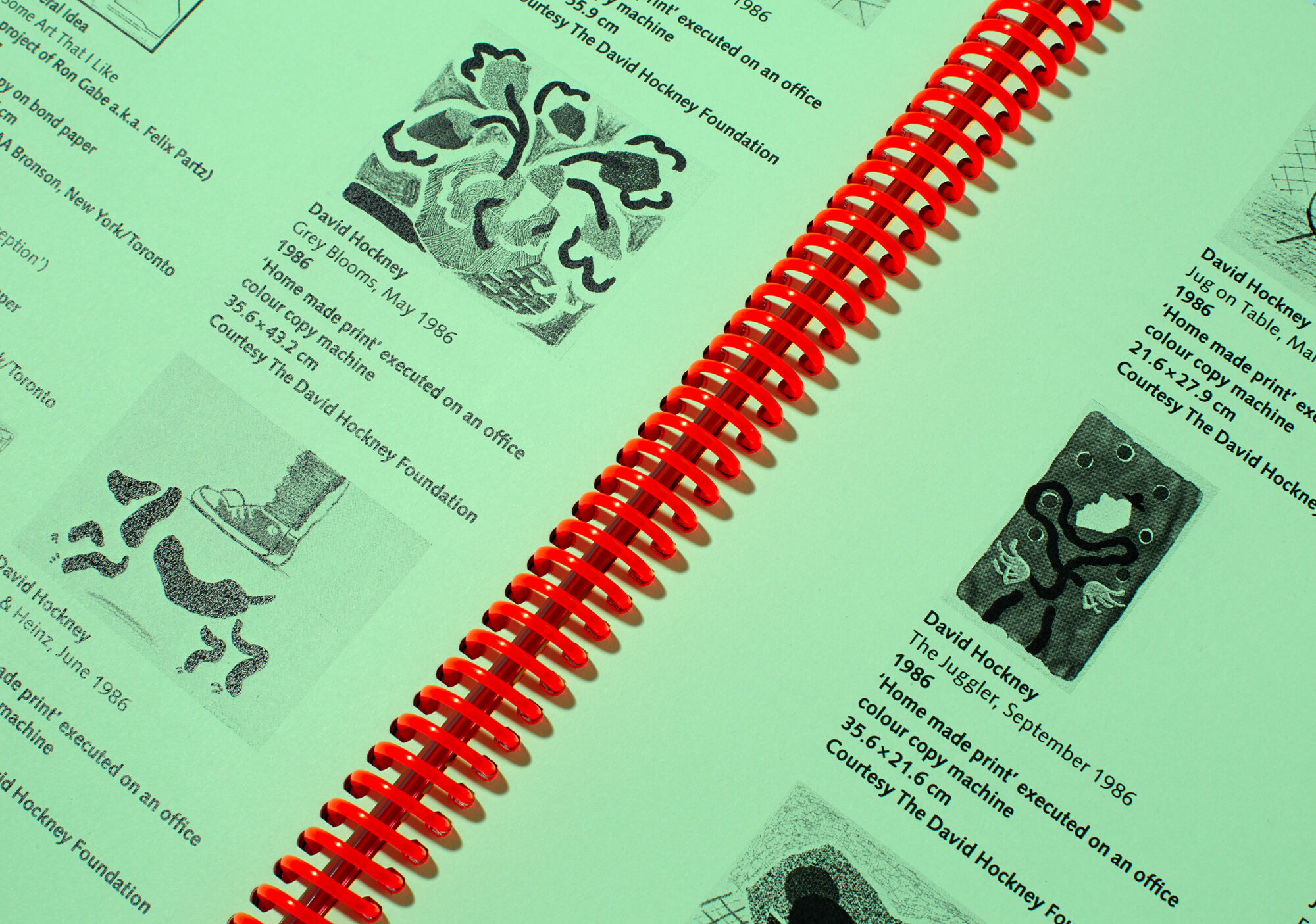 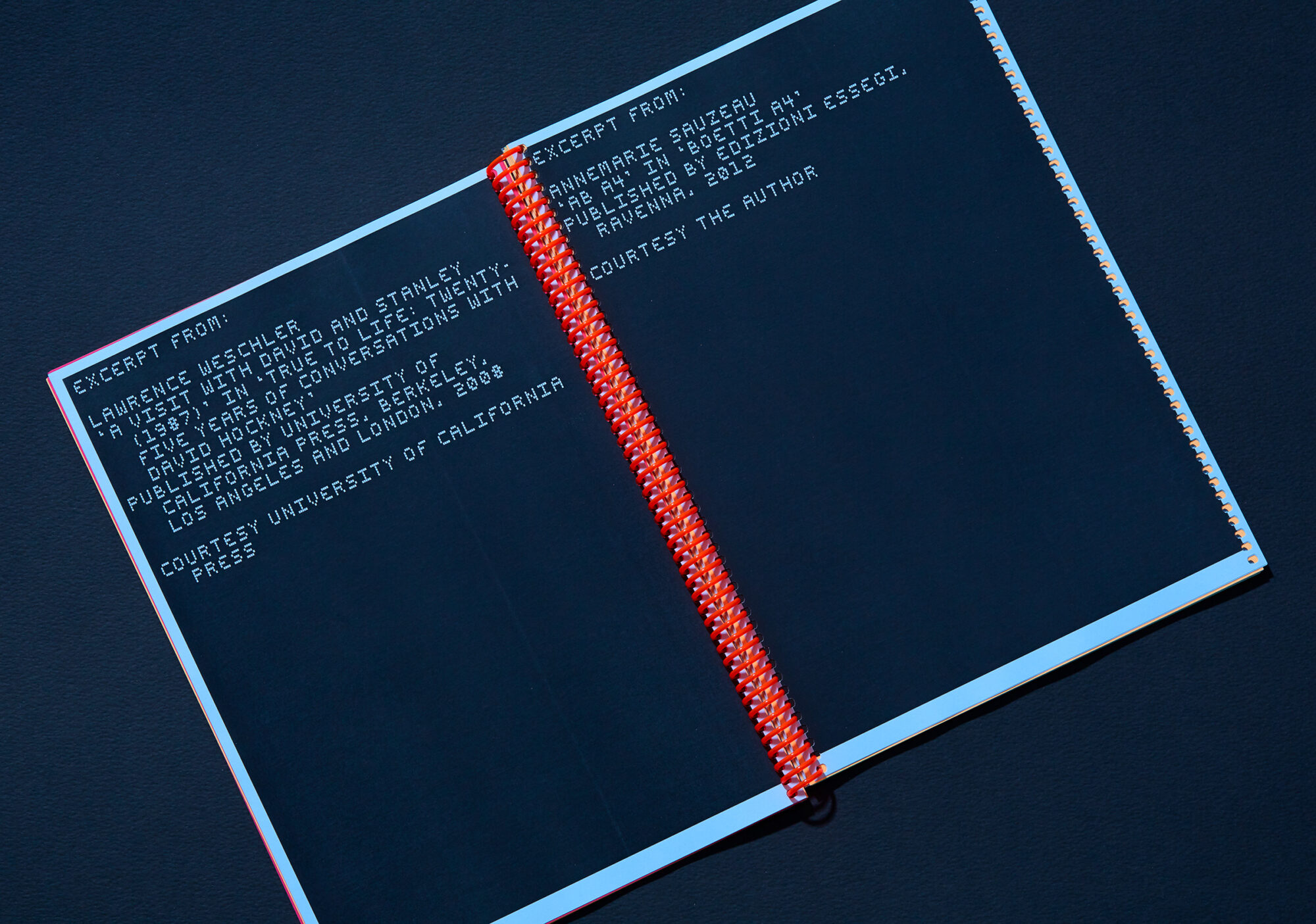 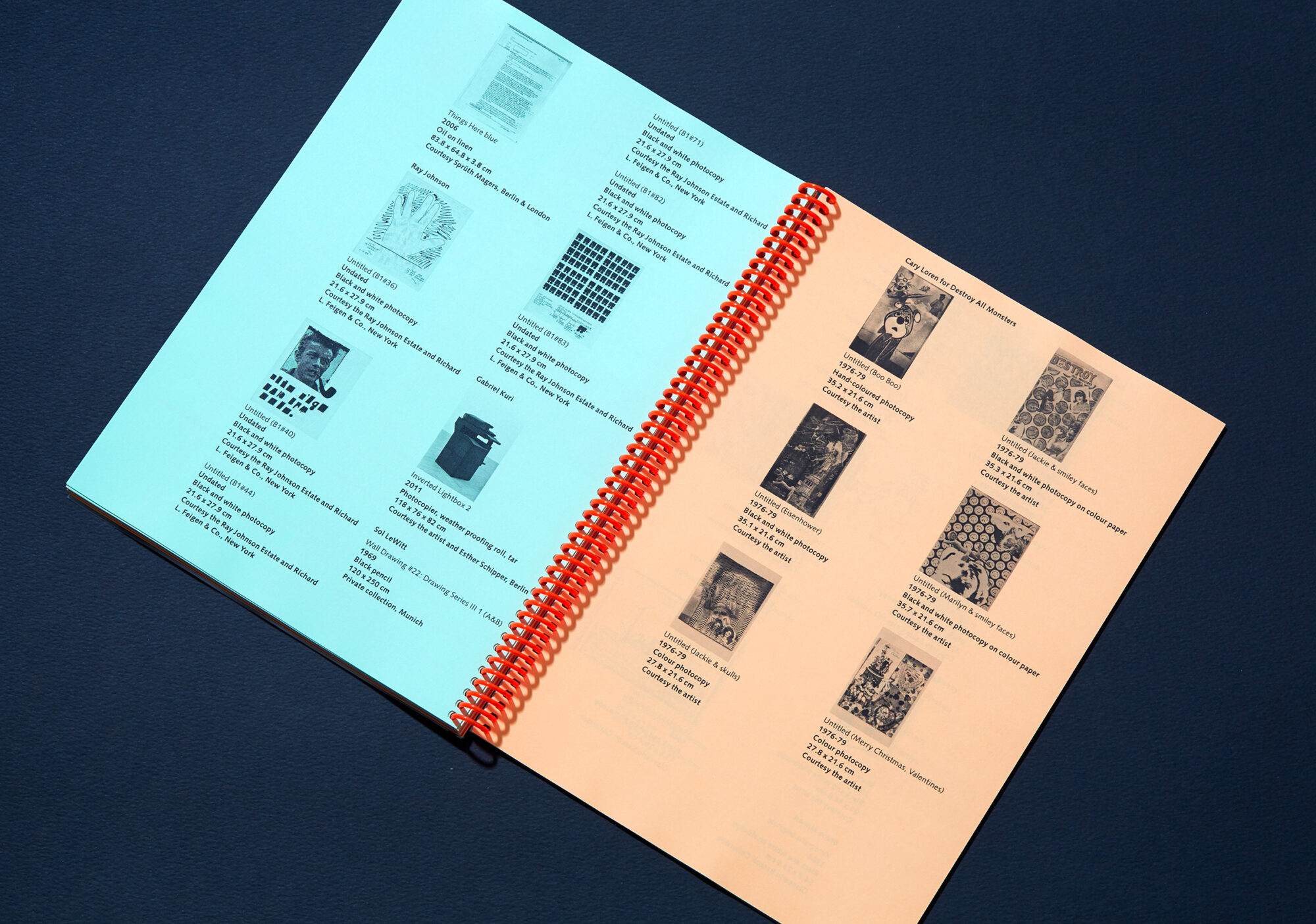 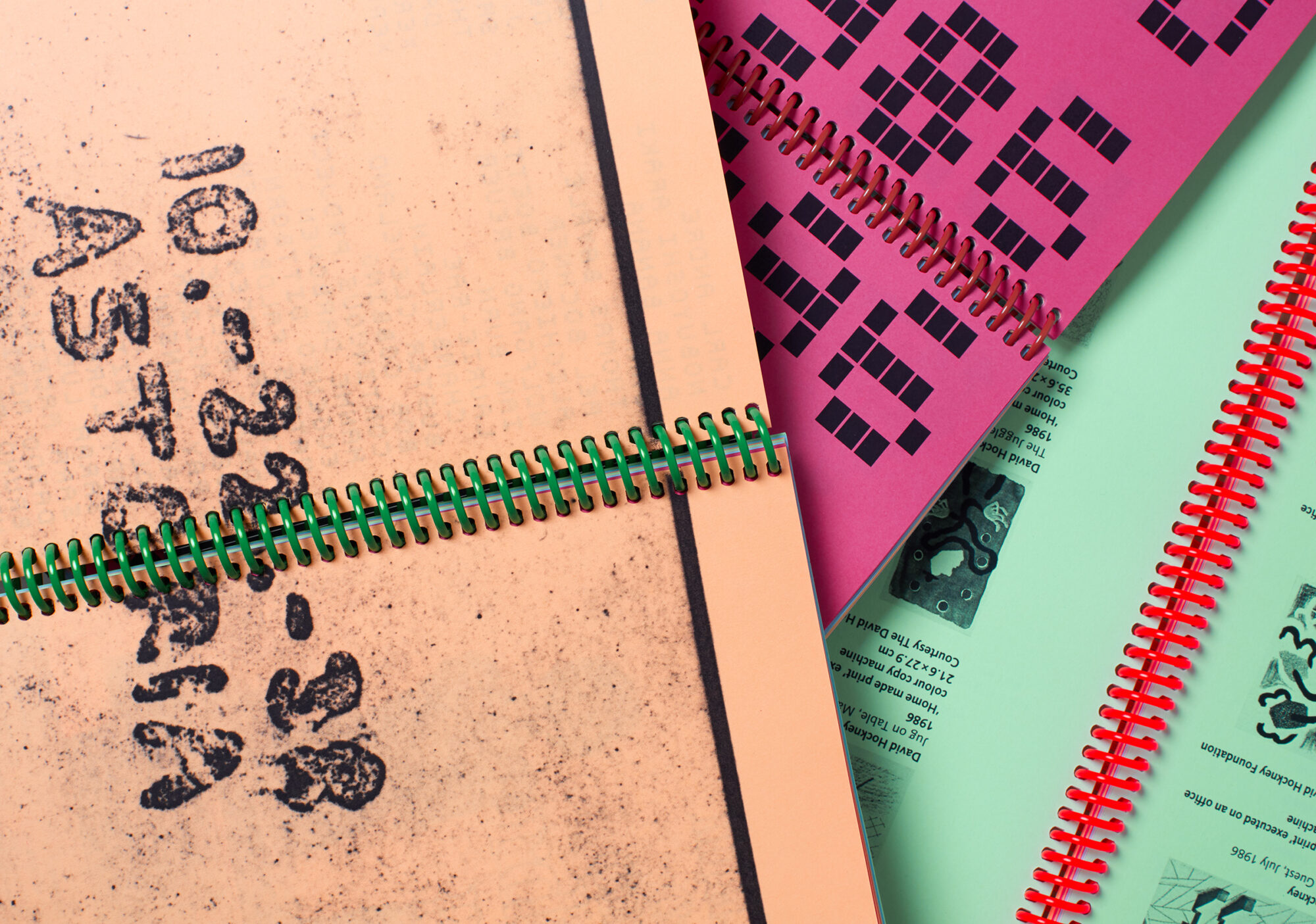 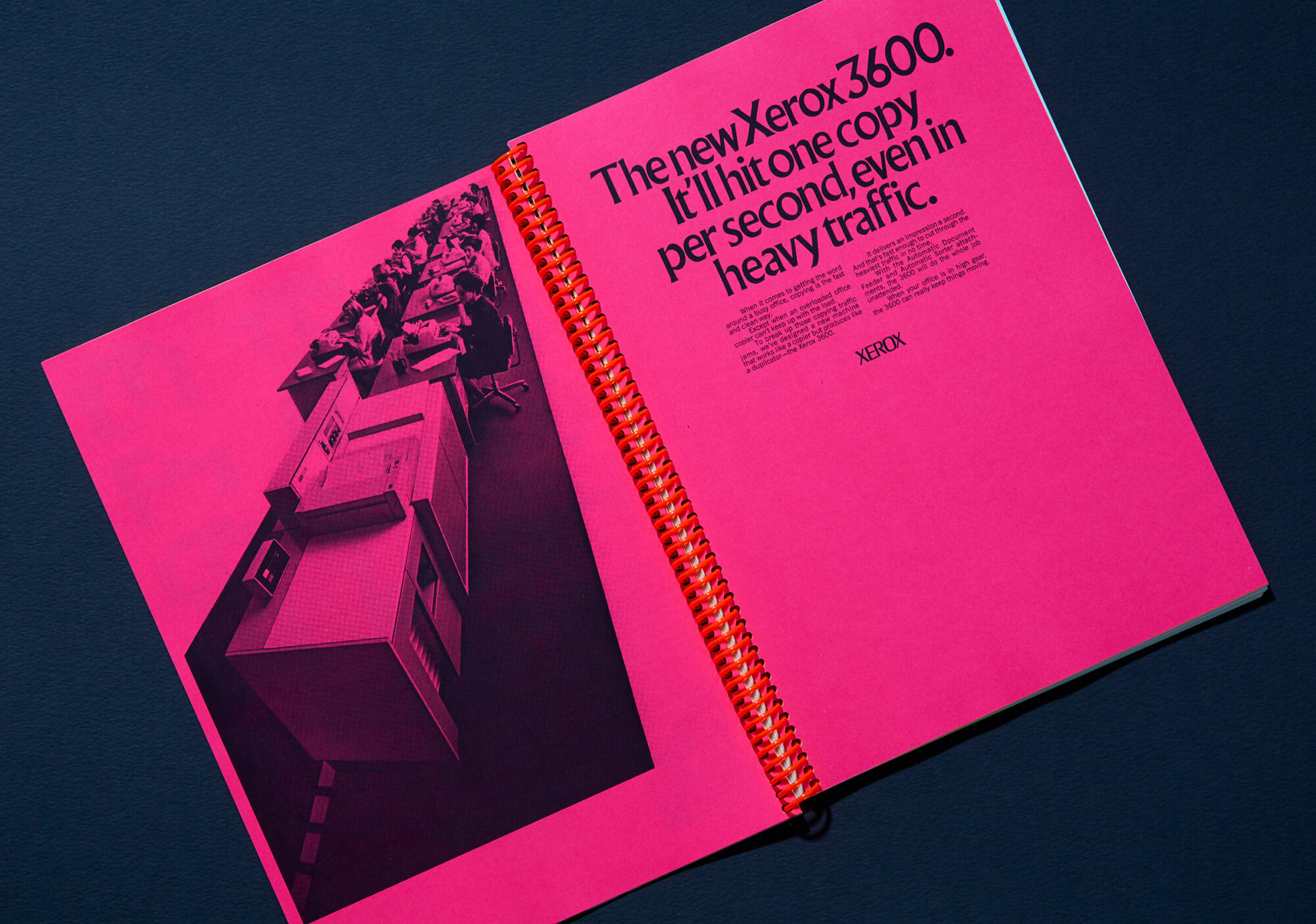 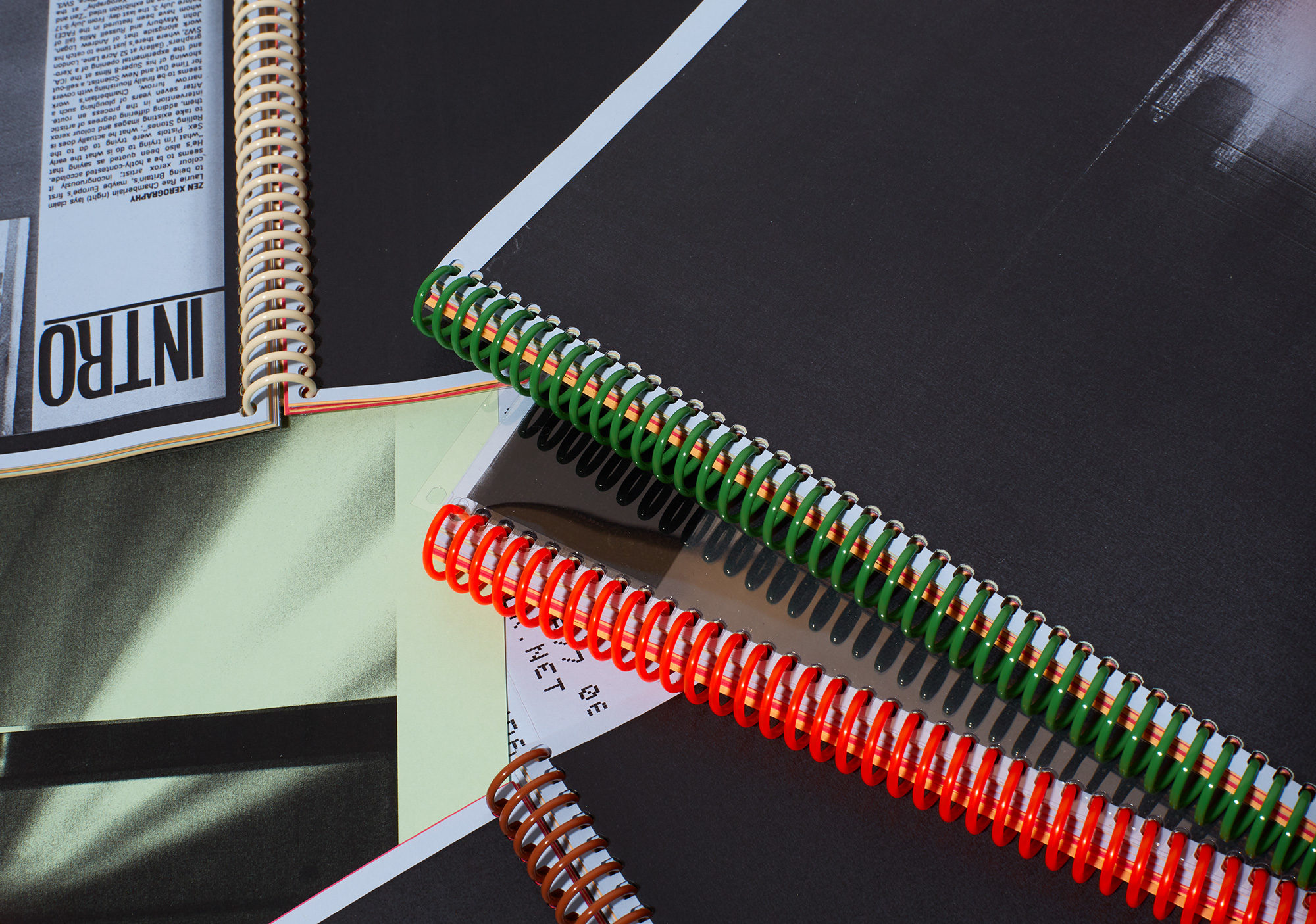 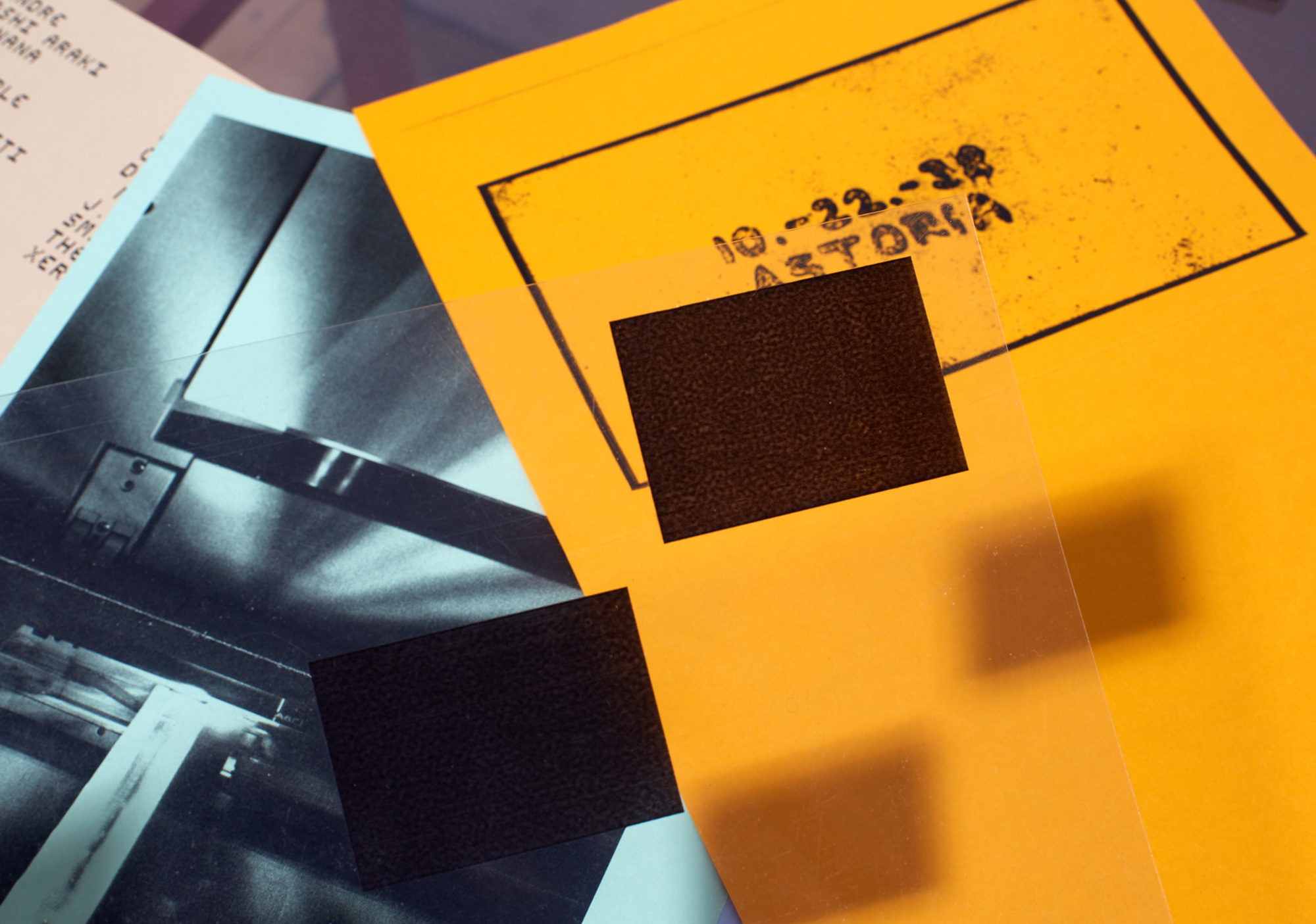 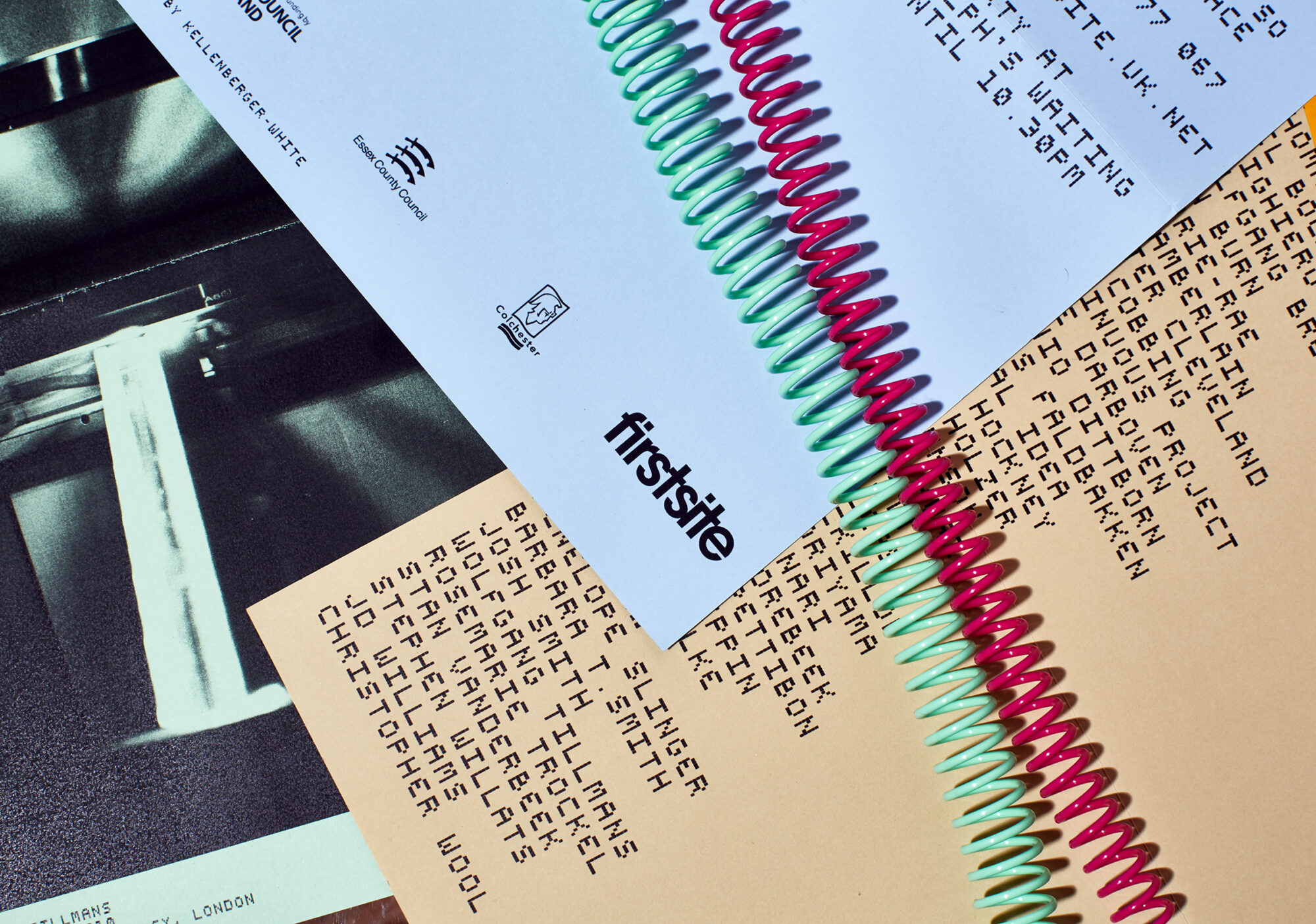 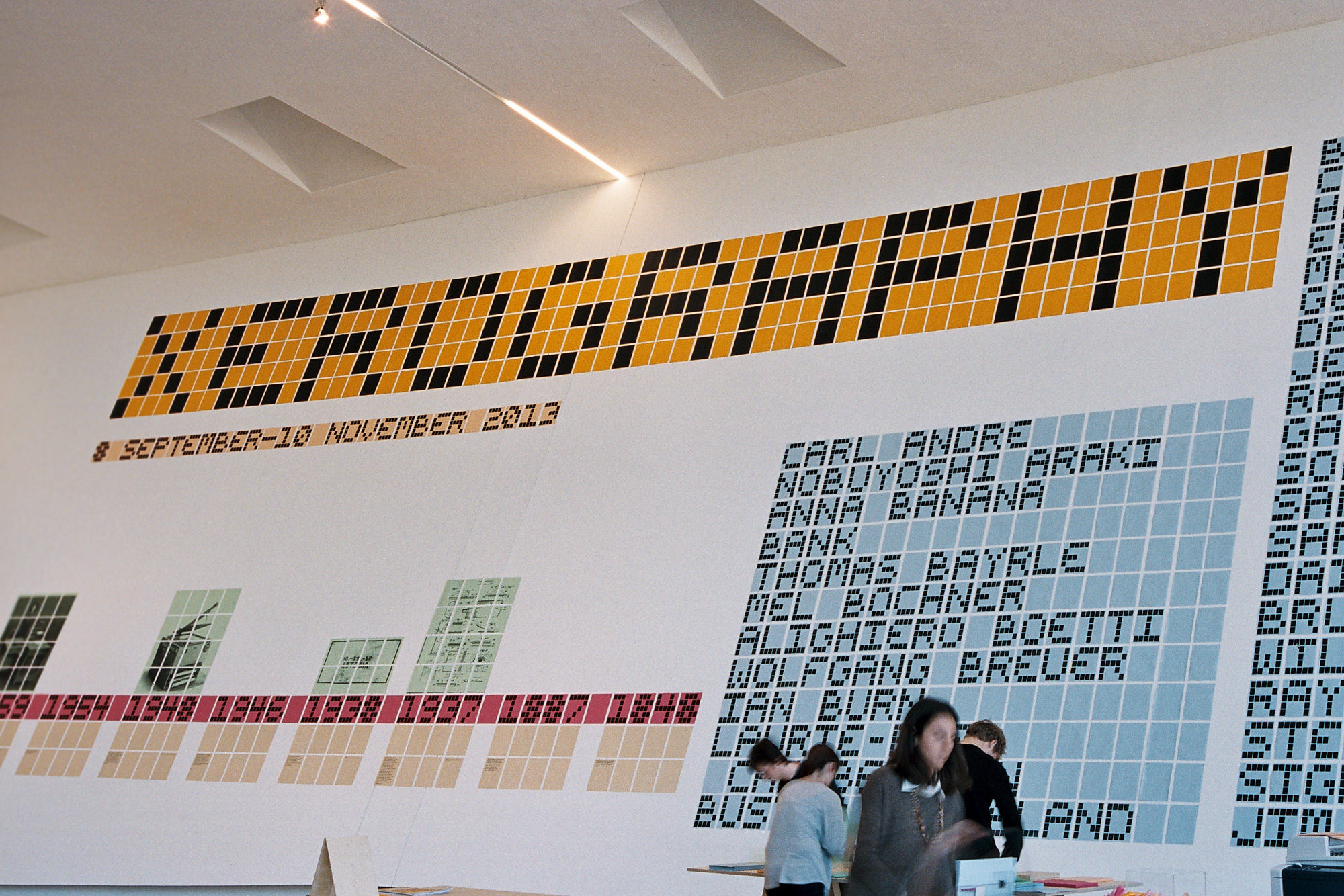 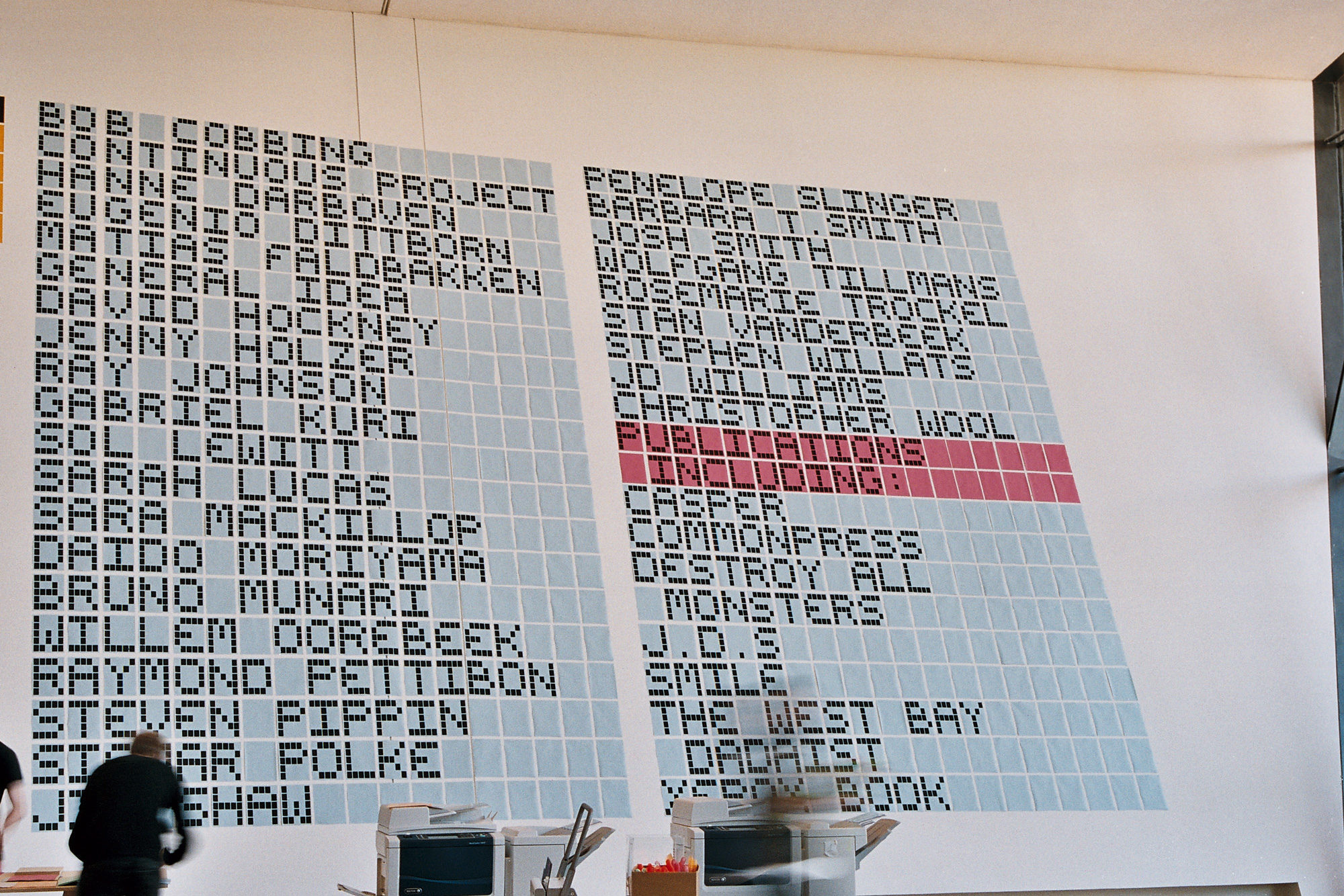 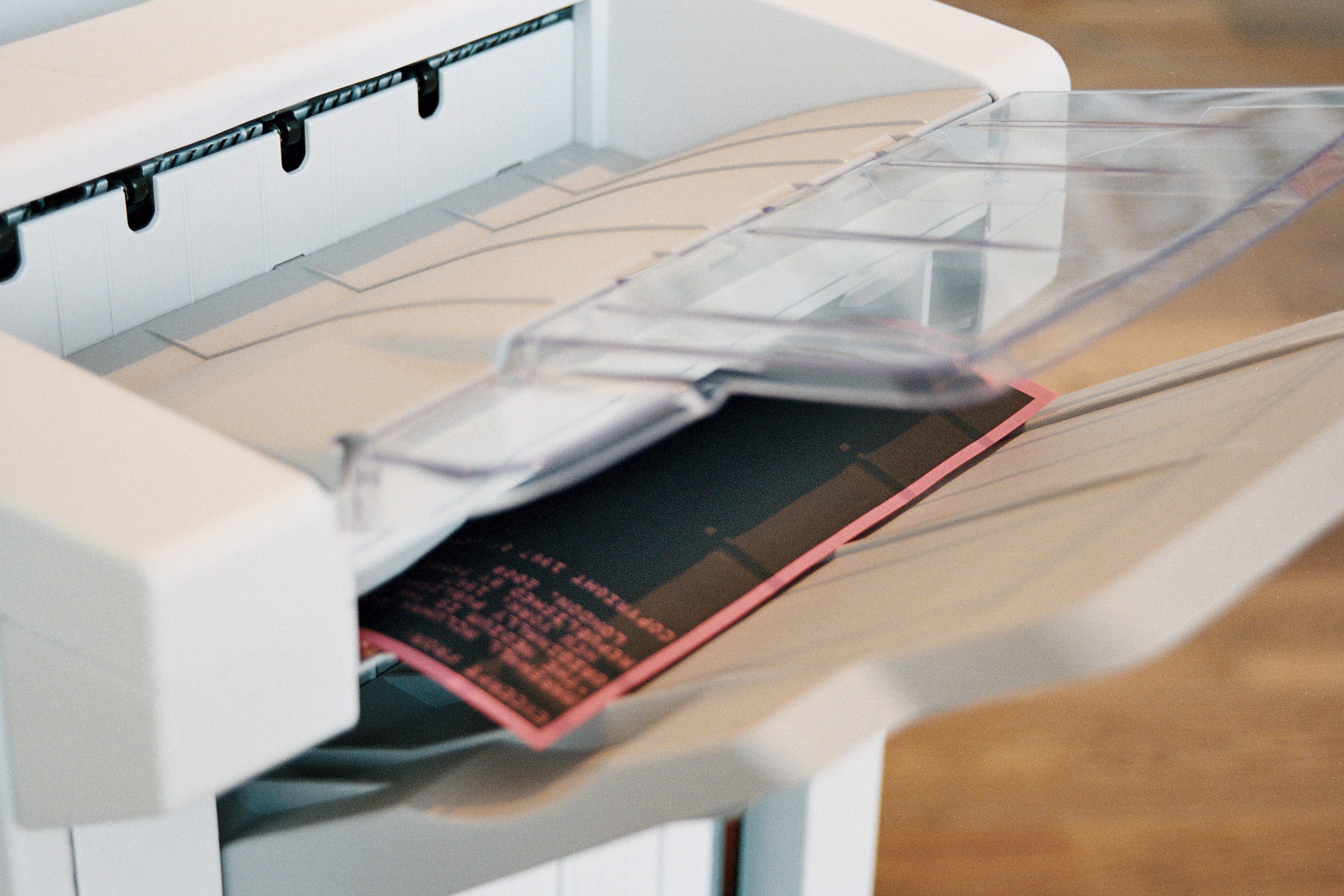 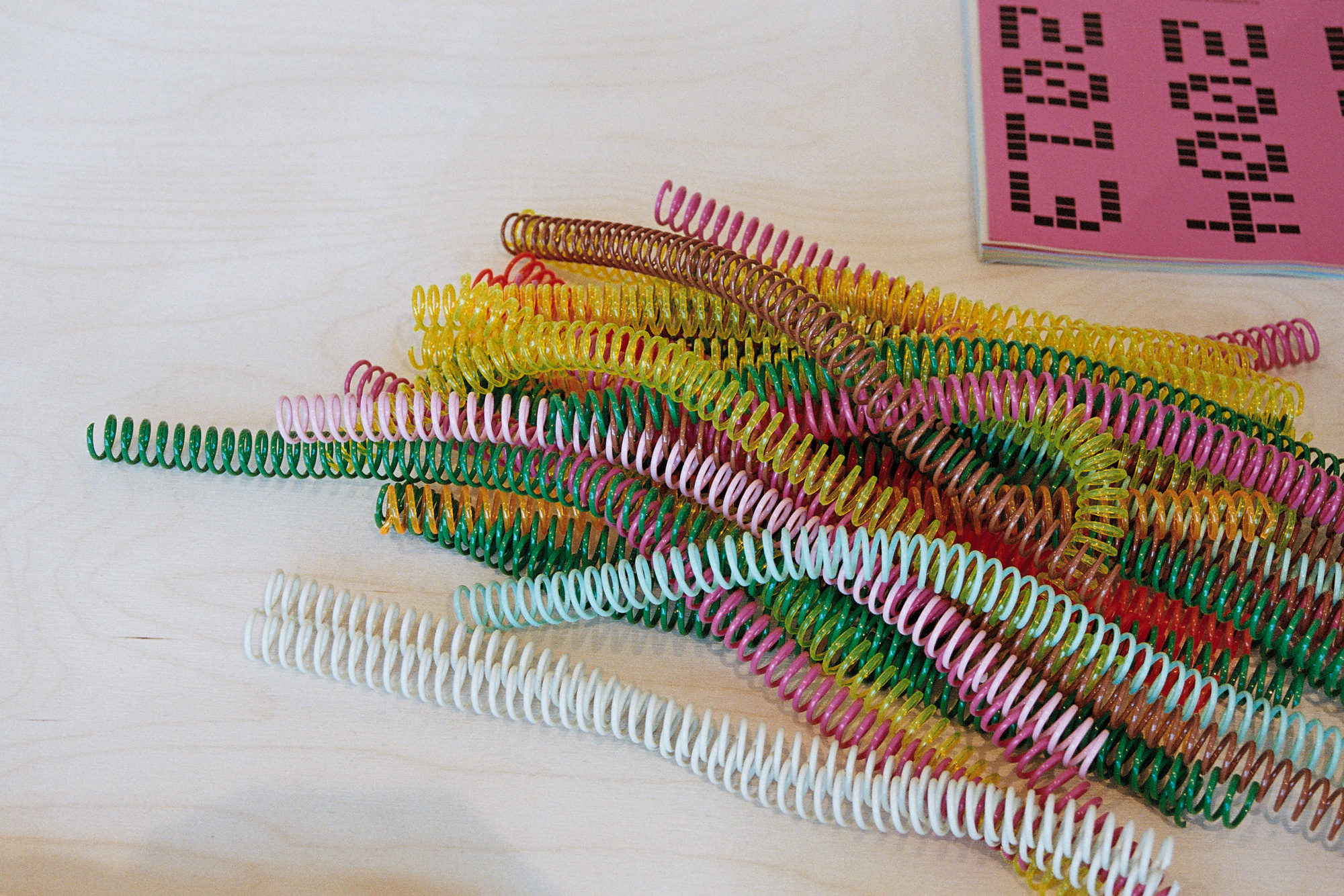 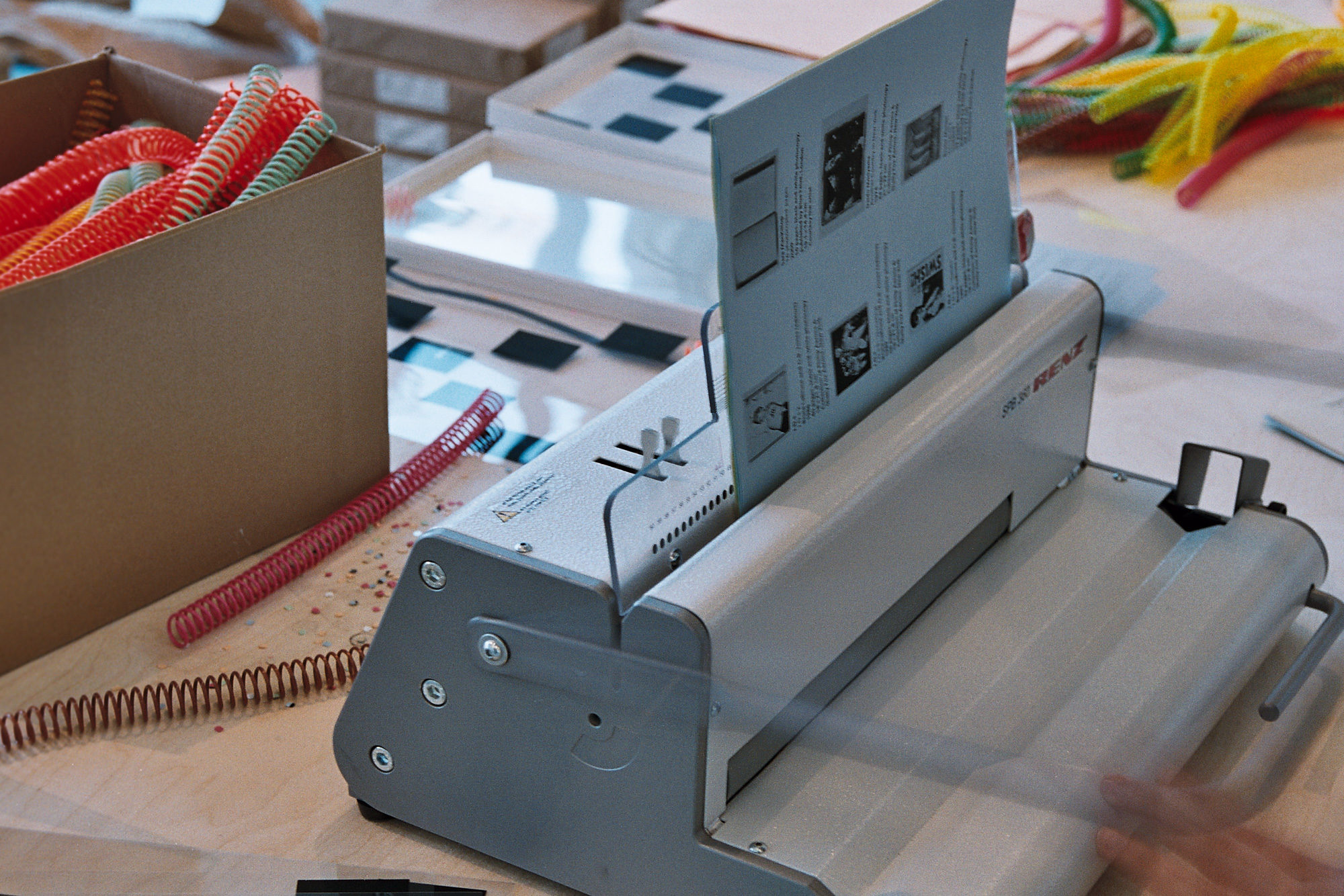 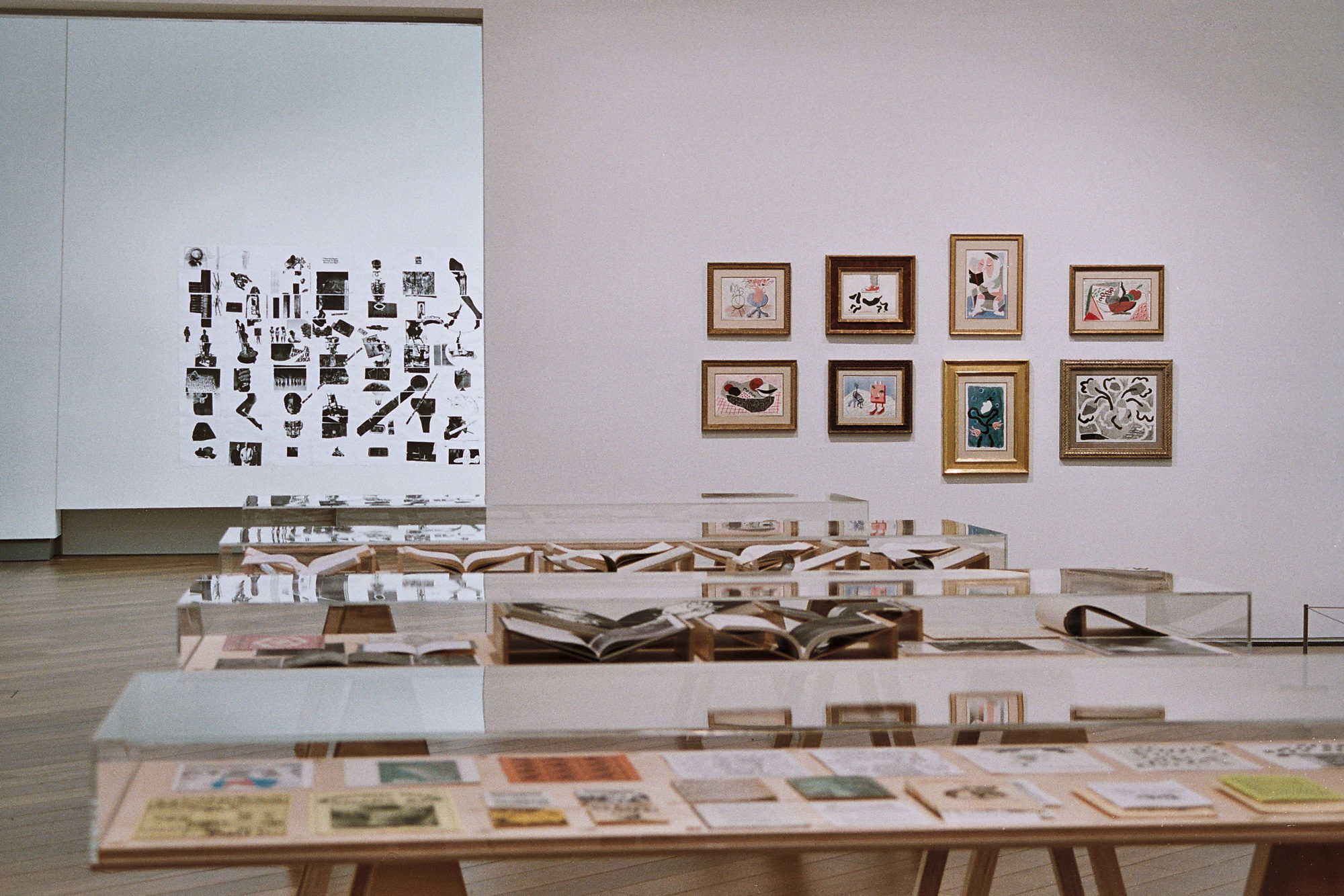 In 2013, Kellenberger–White were invited to design the ‘Xerography’ exhibition, held at Firstsite gallery in Colchester, along with its catalogue and accompanying publicity materials. The exhibition was a celebration of the anniversary of the invention of the photocopy.

We started by playing with a photocopier. Leaving the lid up we made a full black copy, a symbol of totality; the resulting A4 sheet with a large black rectangle was central to our design scheme. We used it to create a bespoke font, which we called A4, making each letter and character by tiling A4 sheets of paper in a 5 x 5 grid. This strong typographic identity created its own image, lending coherence to the whole exhibition identity, and making all our materials distinctively part of ‘Xerography’.

The exhibition itself showed more than 125 works of art by nearly 40 artists (among them Carl Andre, David Hockney, Sigmar Polke and San Van der Beek), which we captioned with A4 acetate sheets, stapled to the wall – again using simple office stationery to link through the entire scheme. Contextualising the broad range of art on display, we created a 150-metre-long wall of environmental signage. The wall carried details of the artists and a timeline of key developments in the career of the photocopier, not least the moment when Judi Stutz, a pioneer of sorts, was sacked for photocopying her naked bottom.

We also developed a low-tech print-on-demand interactive zone in the gallery entrance space. Here the public could experience the process of making the exhibition catalogue. We provided peculiar colour components used in everyday office print/binding, from paper in pastel shades to different spiral coils for the binding. The catalogue brought newly commissioned essays and extracts from important critical writings together with interesting adverts from Xerox promoting their photocopiers, including one that compared a photocopy with an original Picasso.