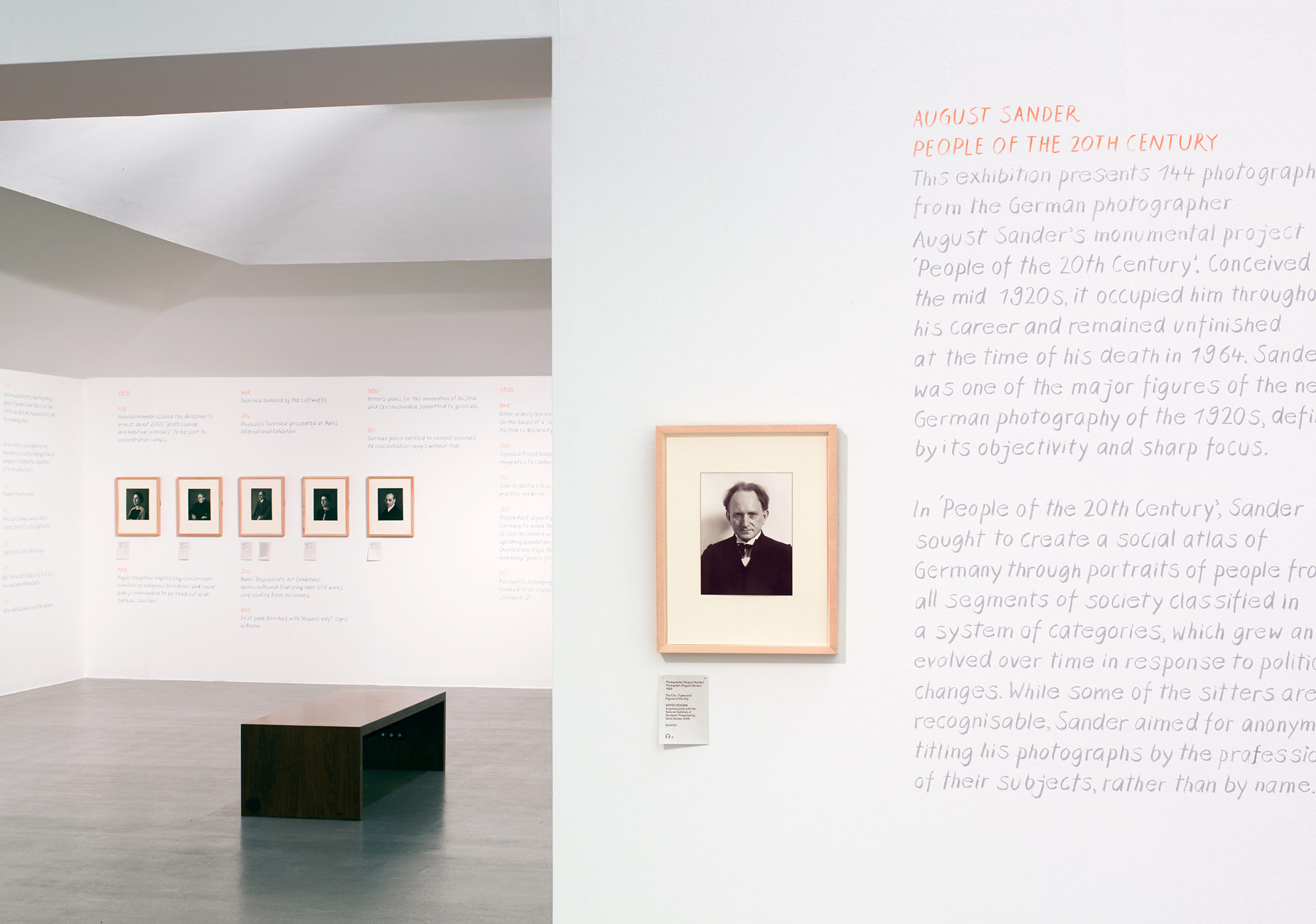 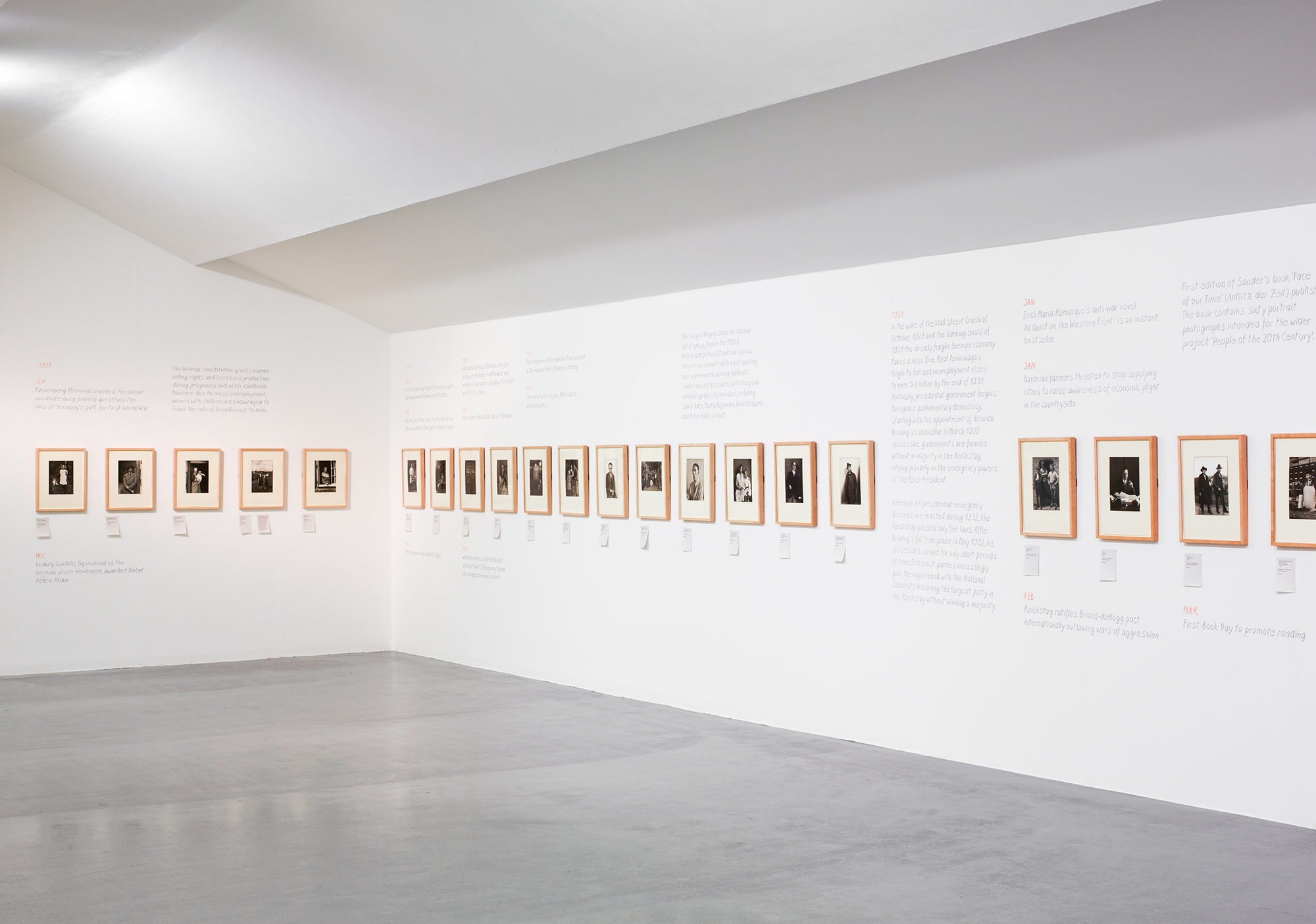 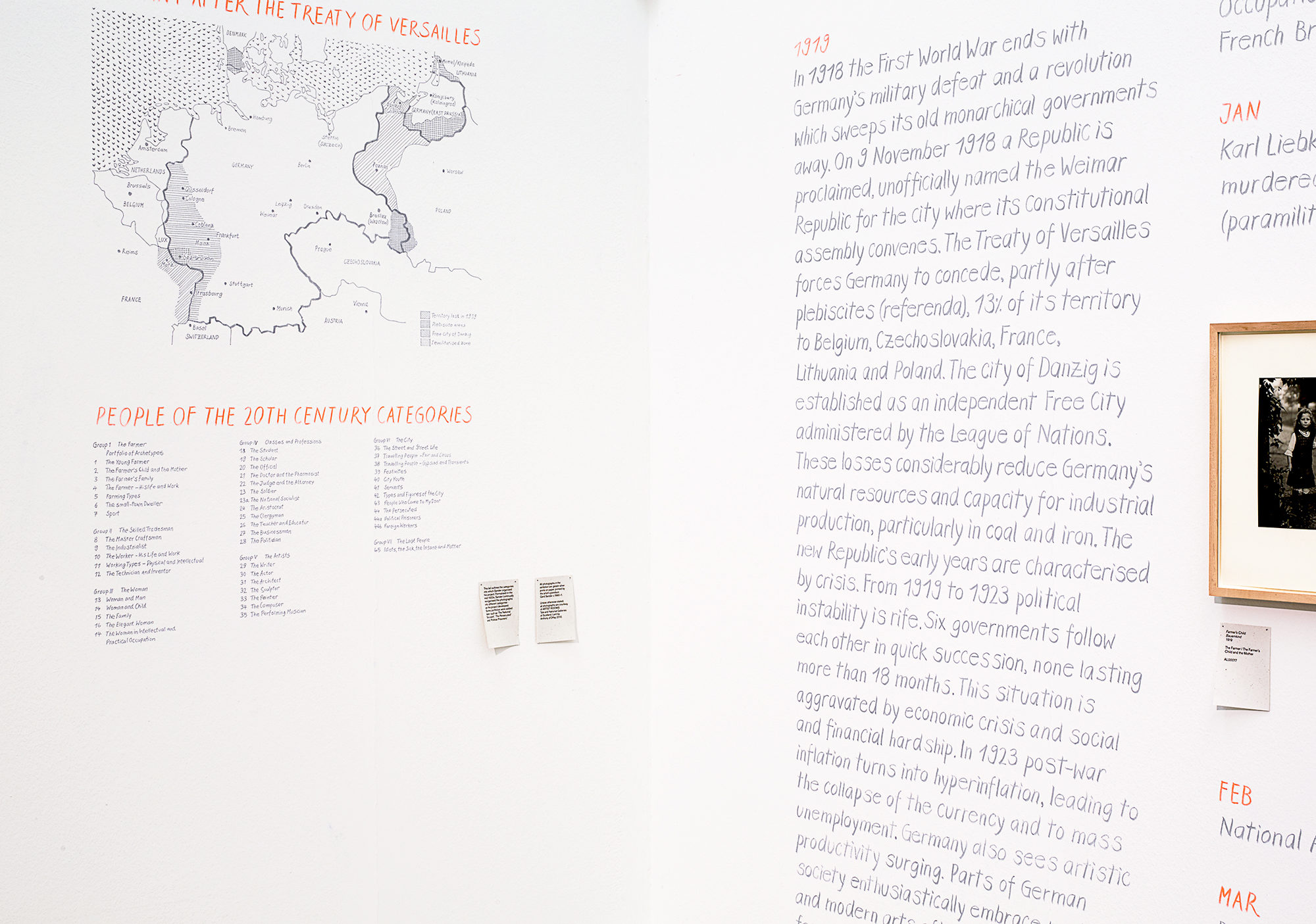 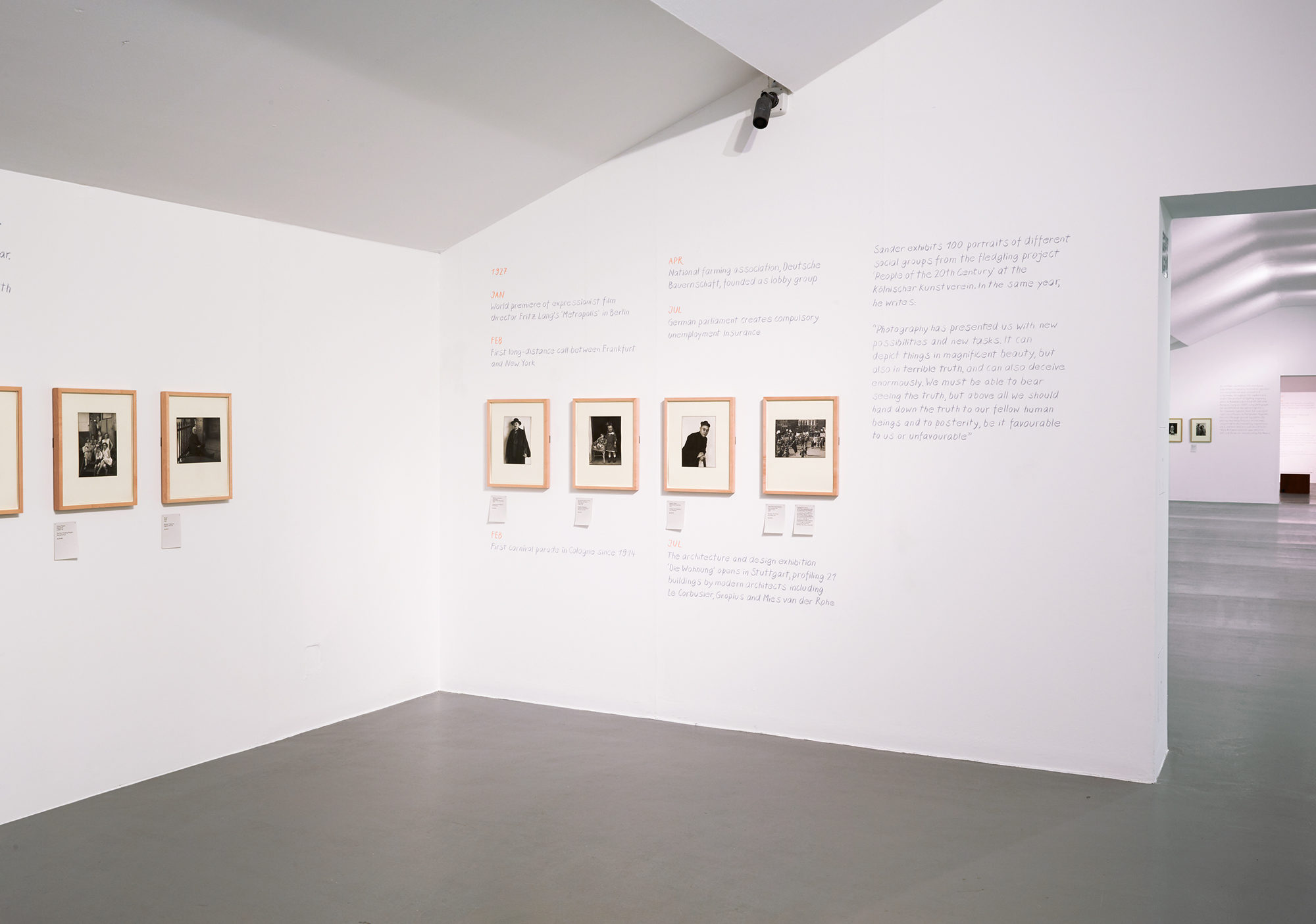 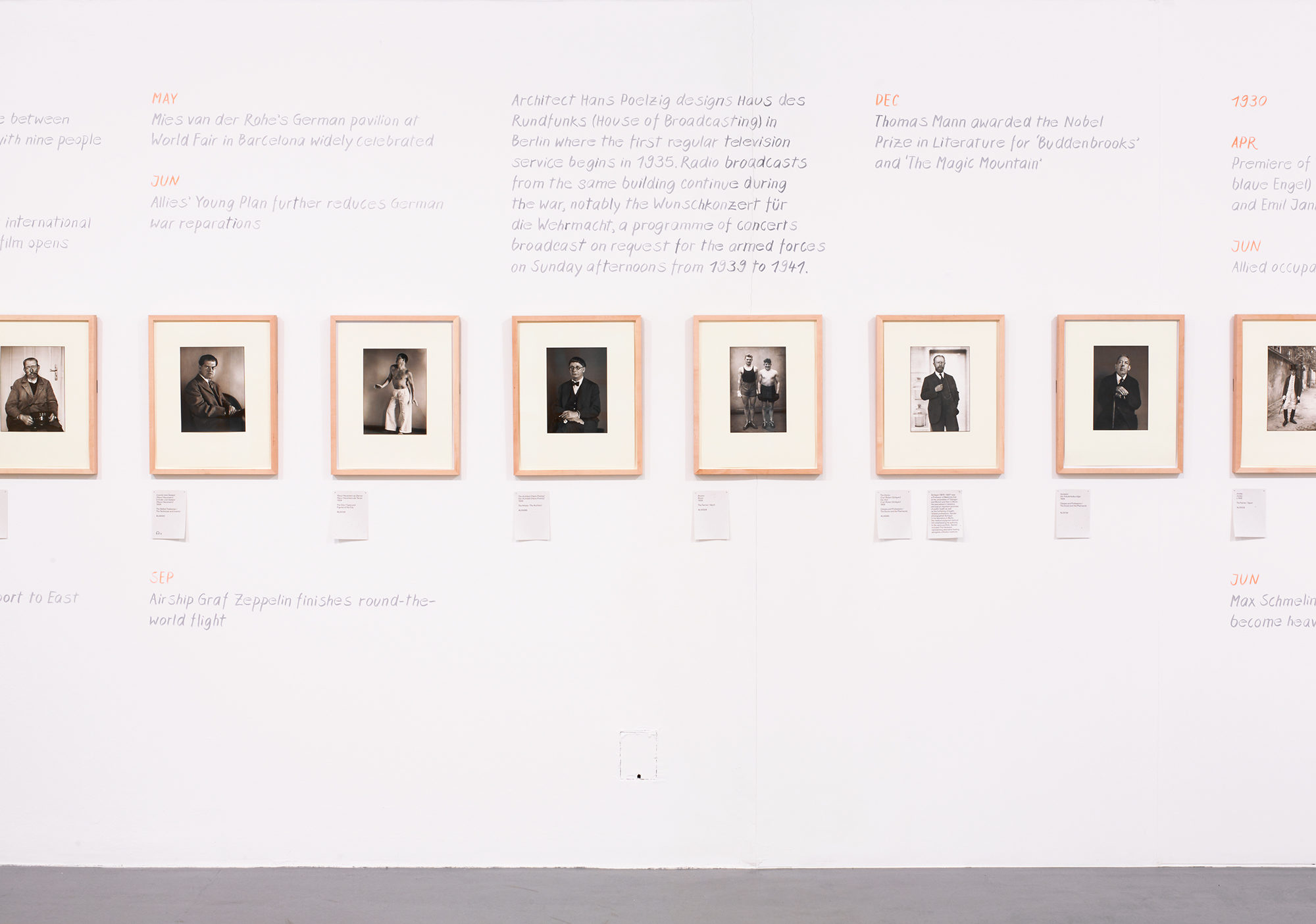 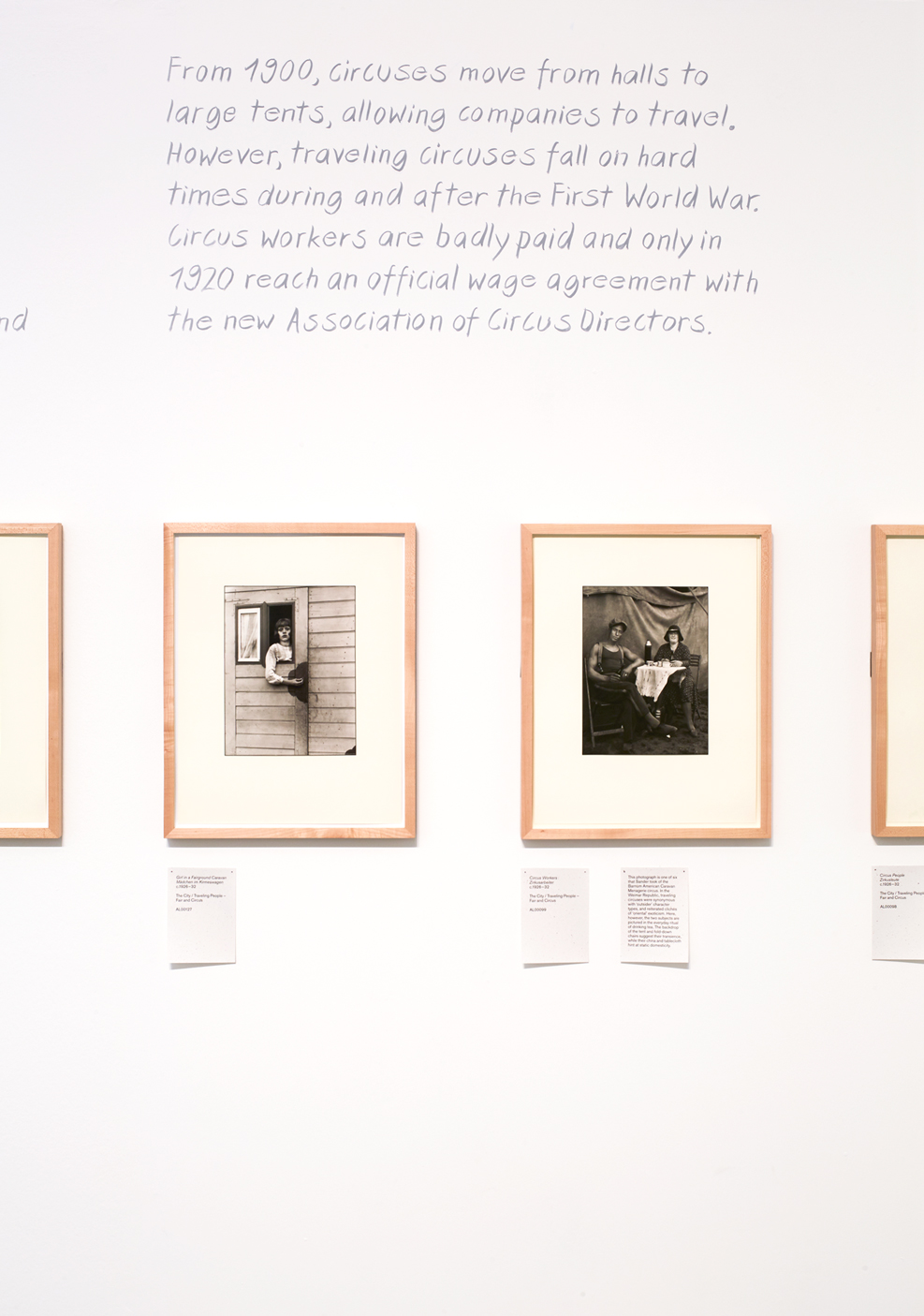 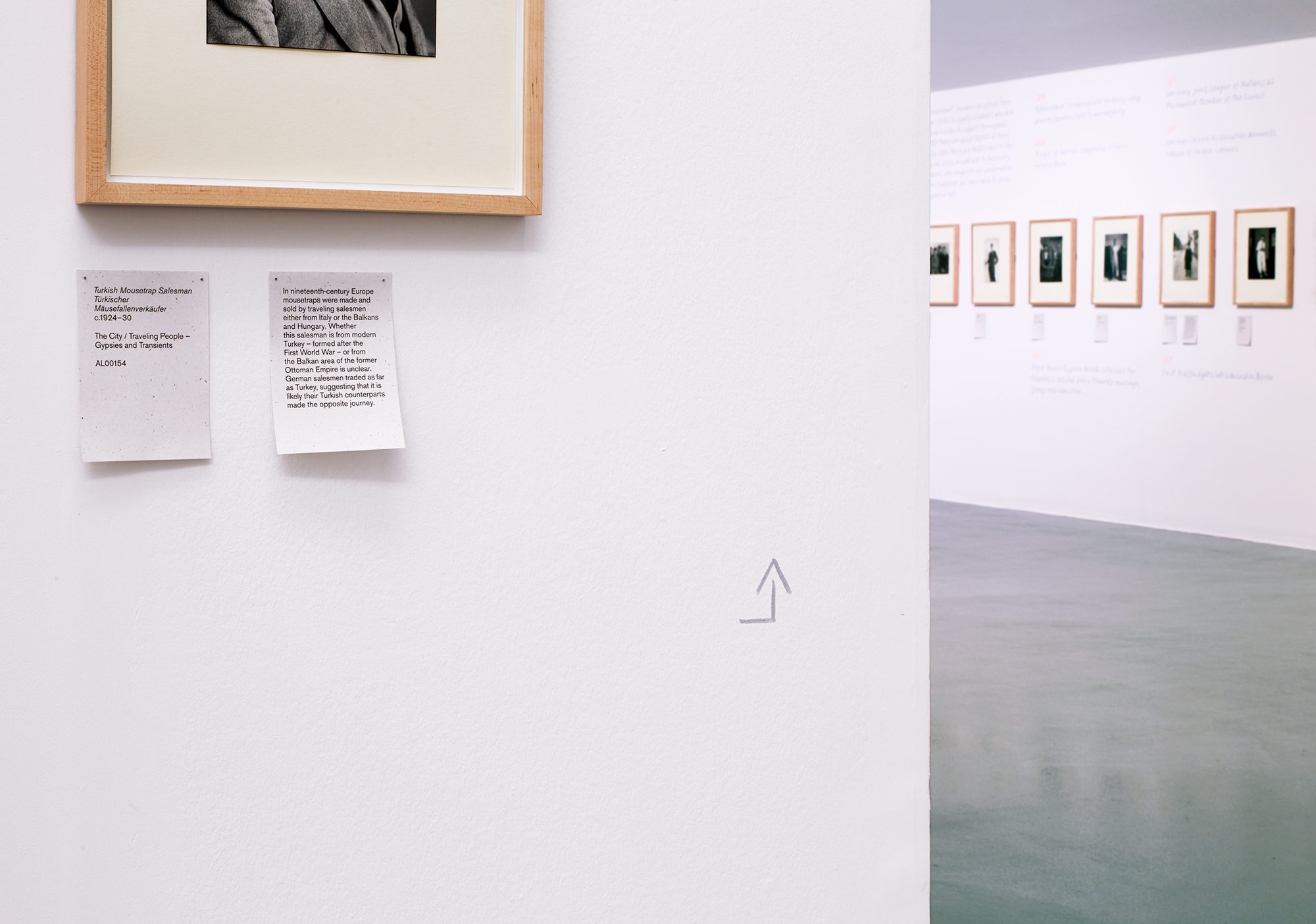 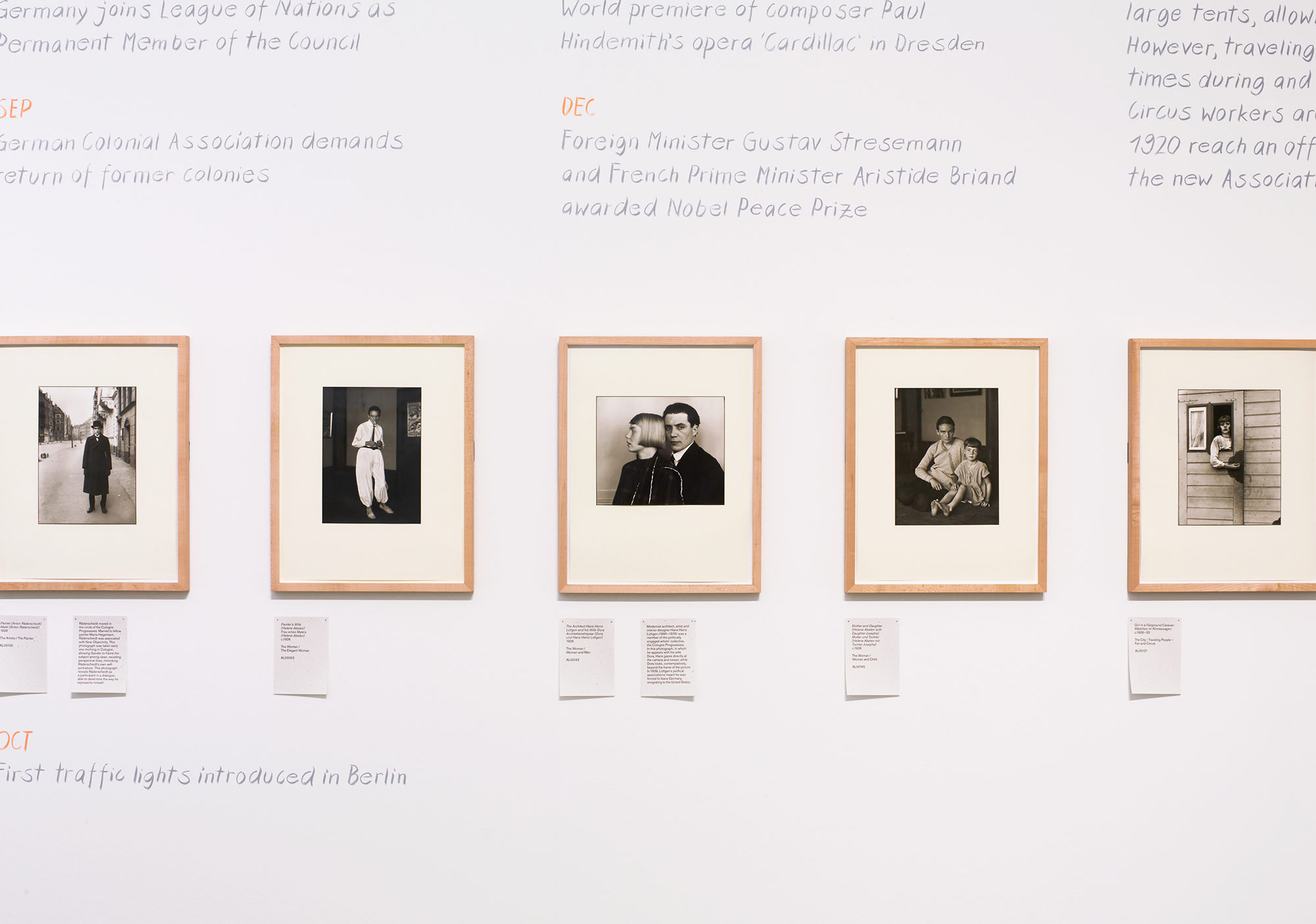 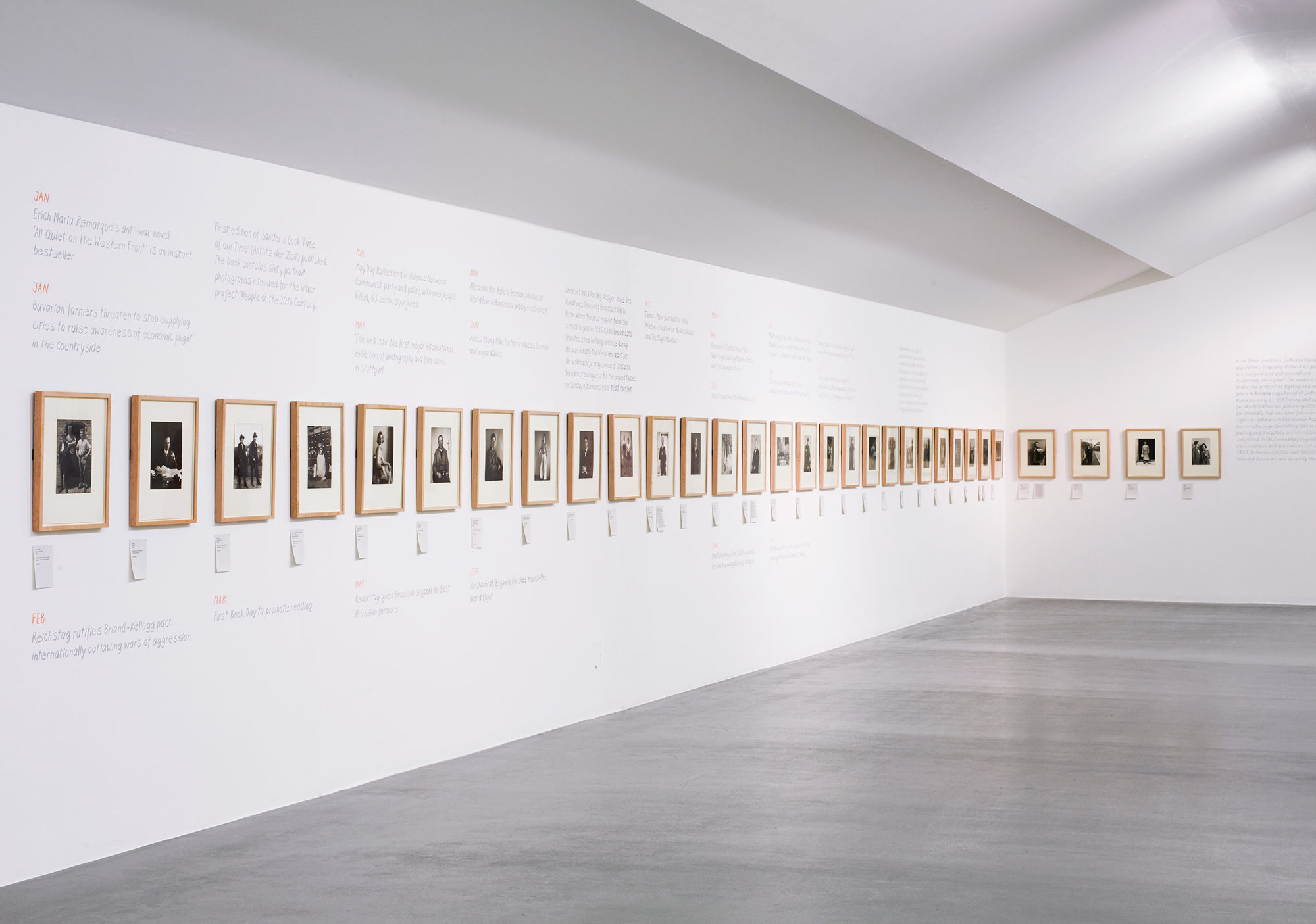 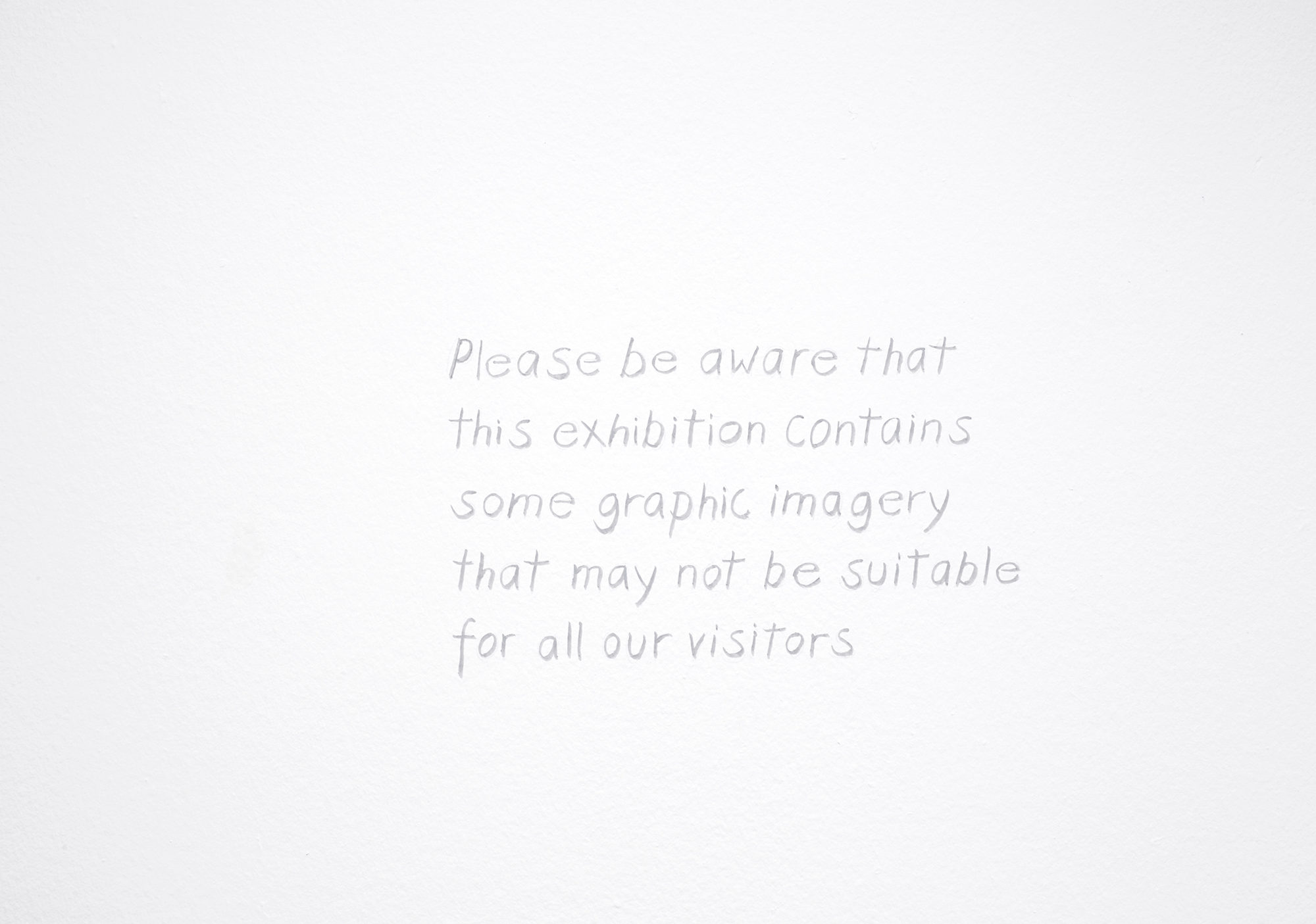 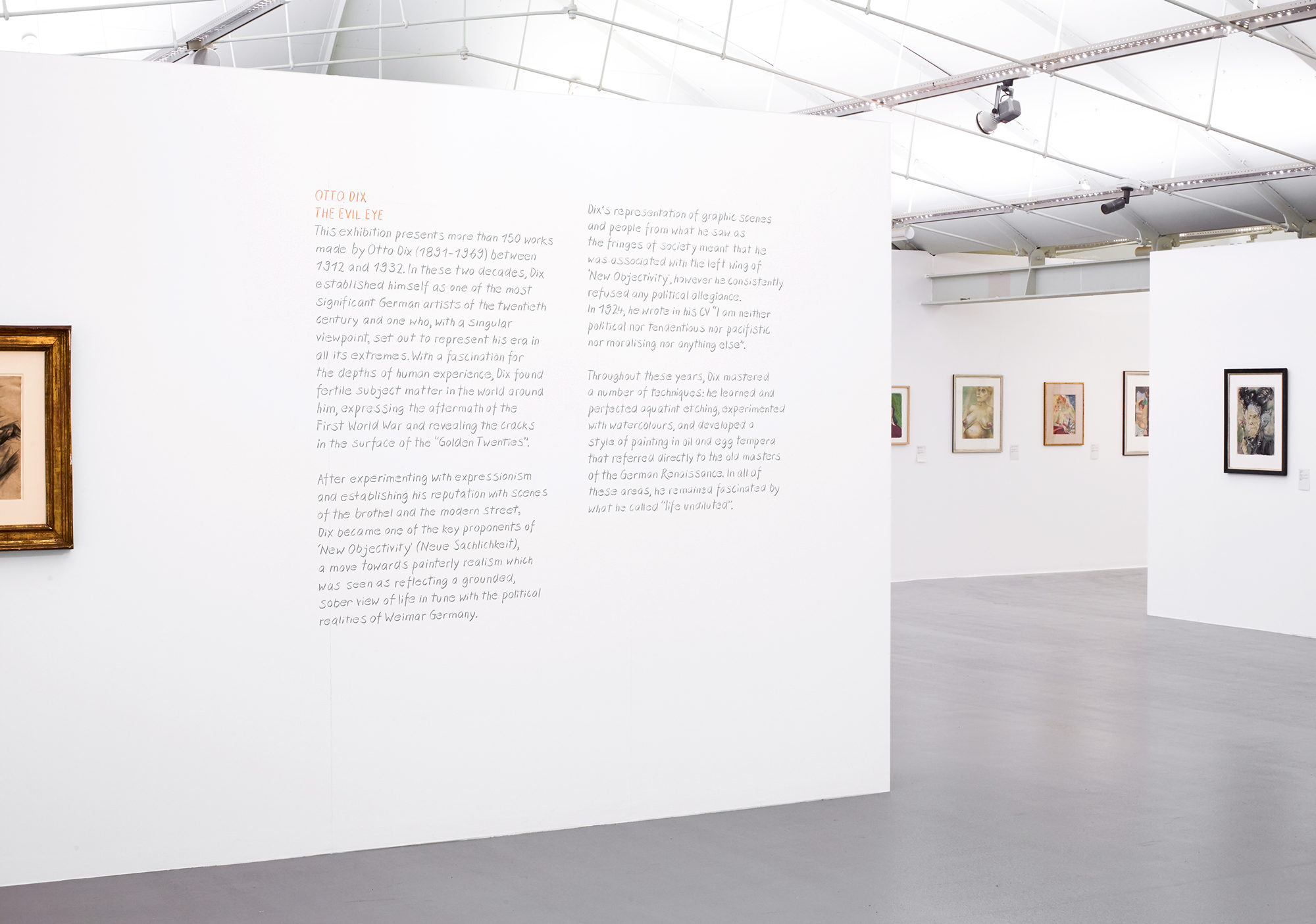 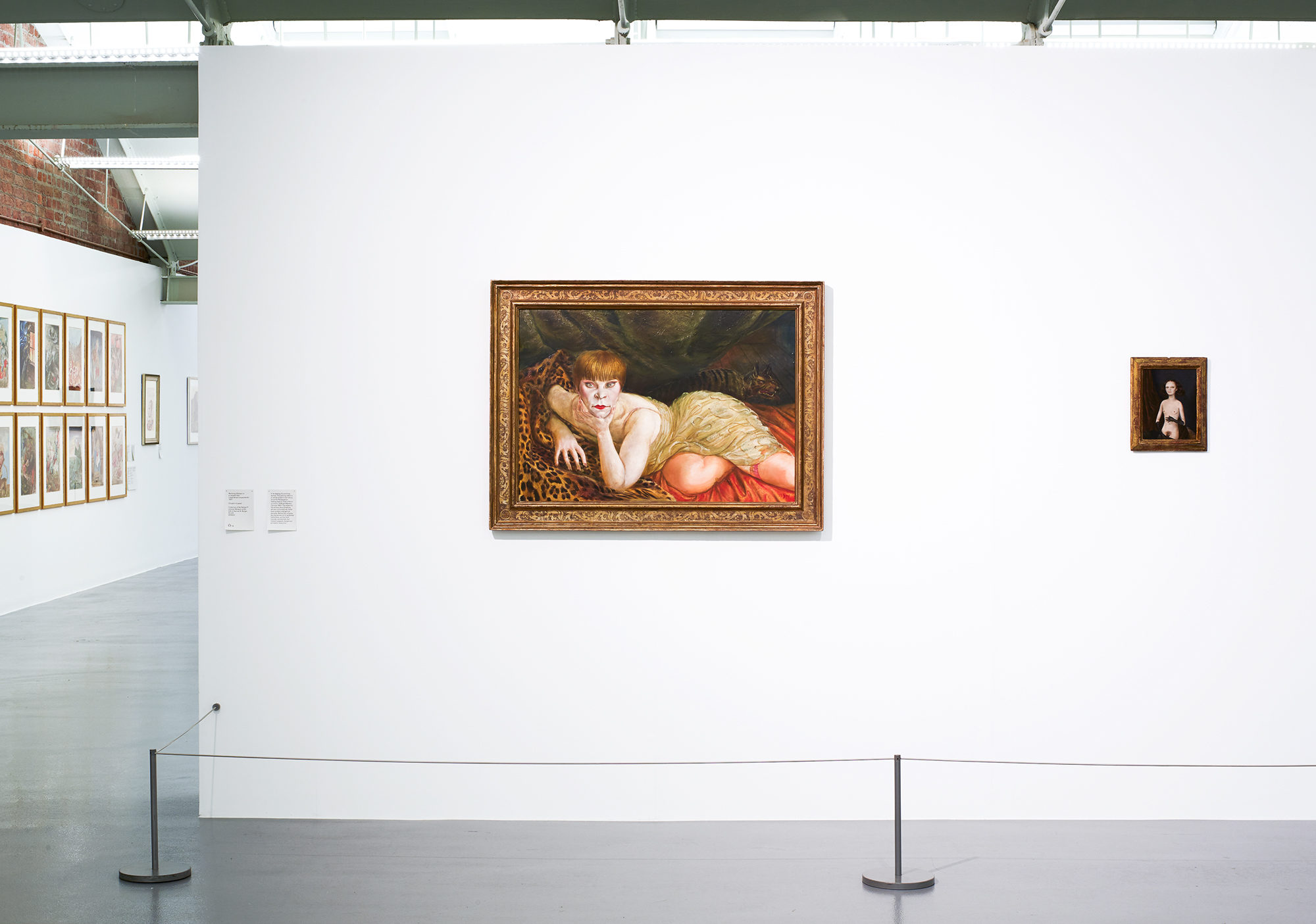 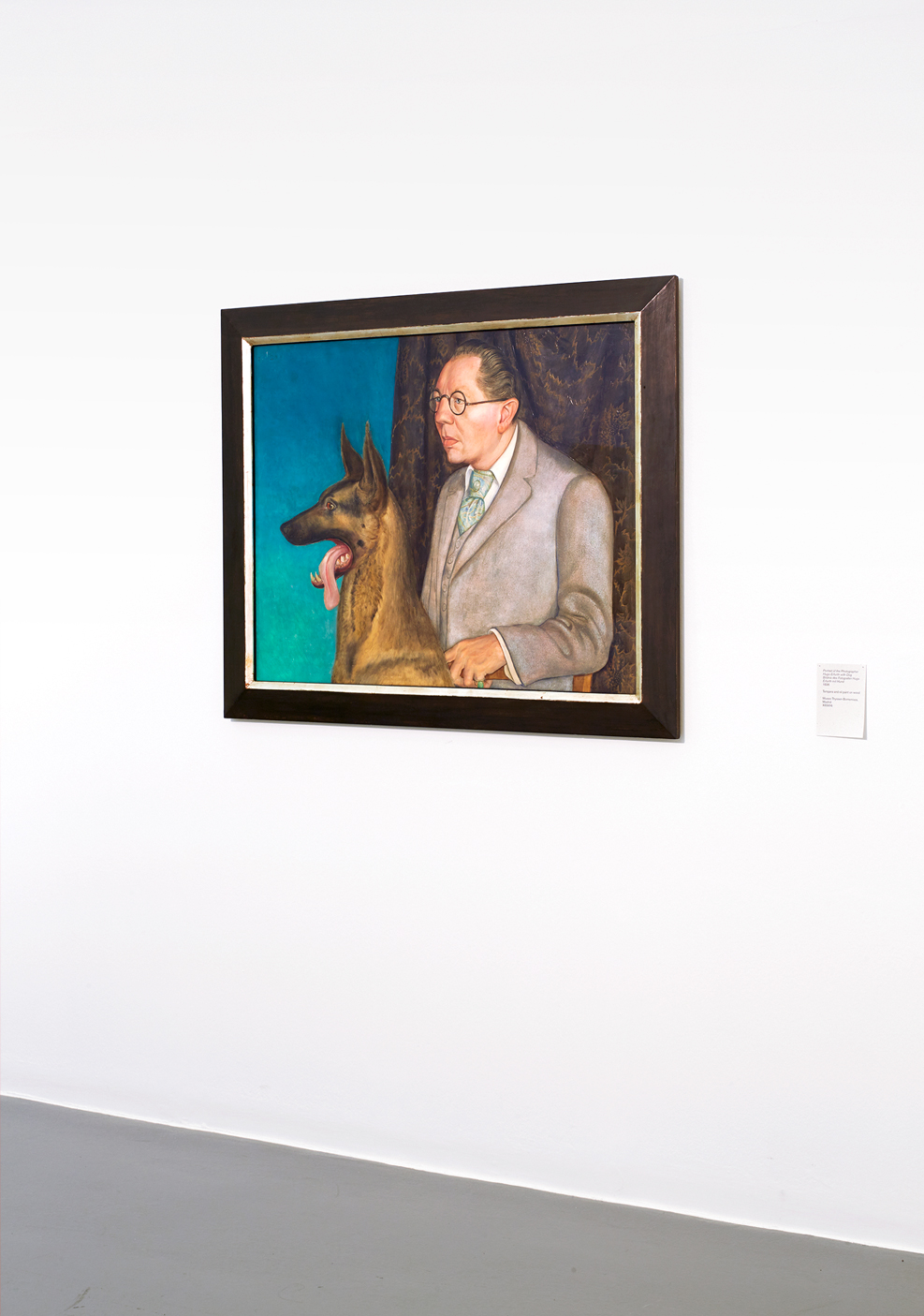 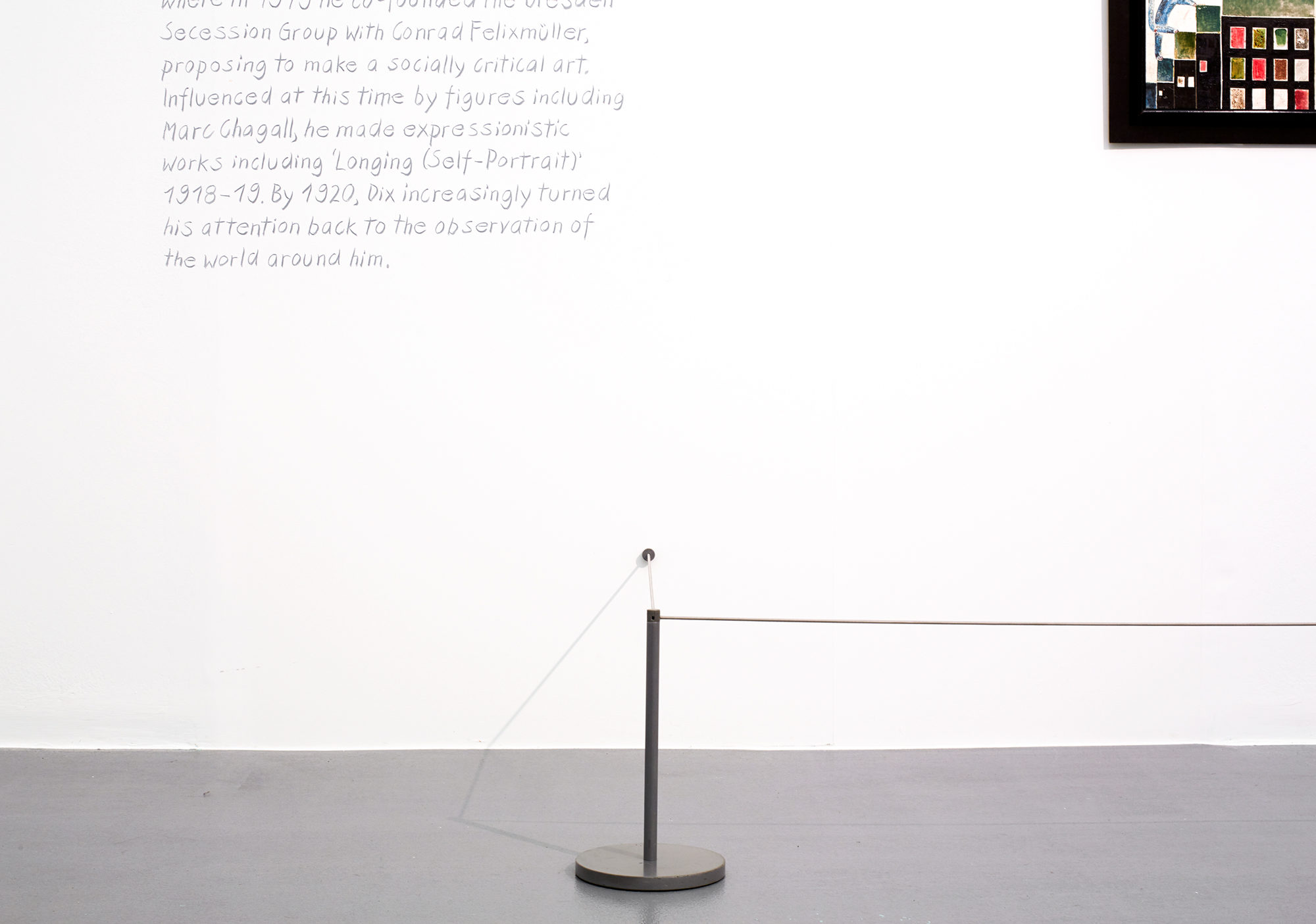 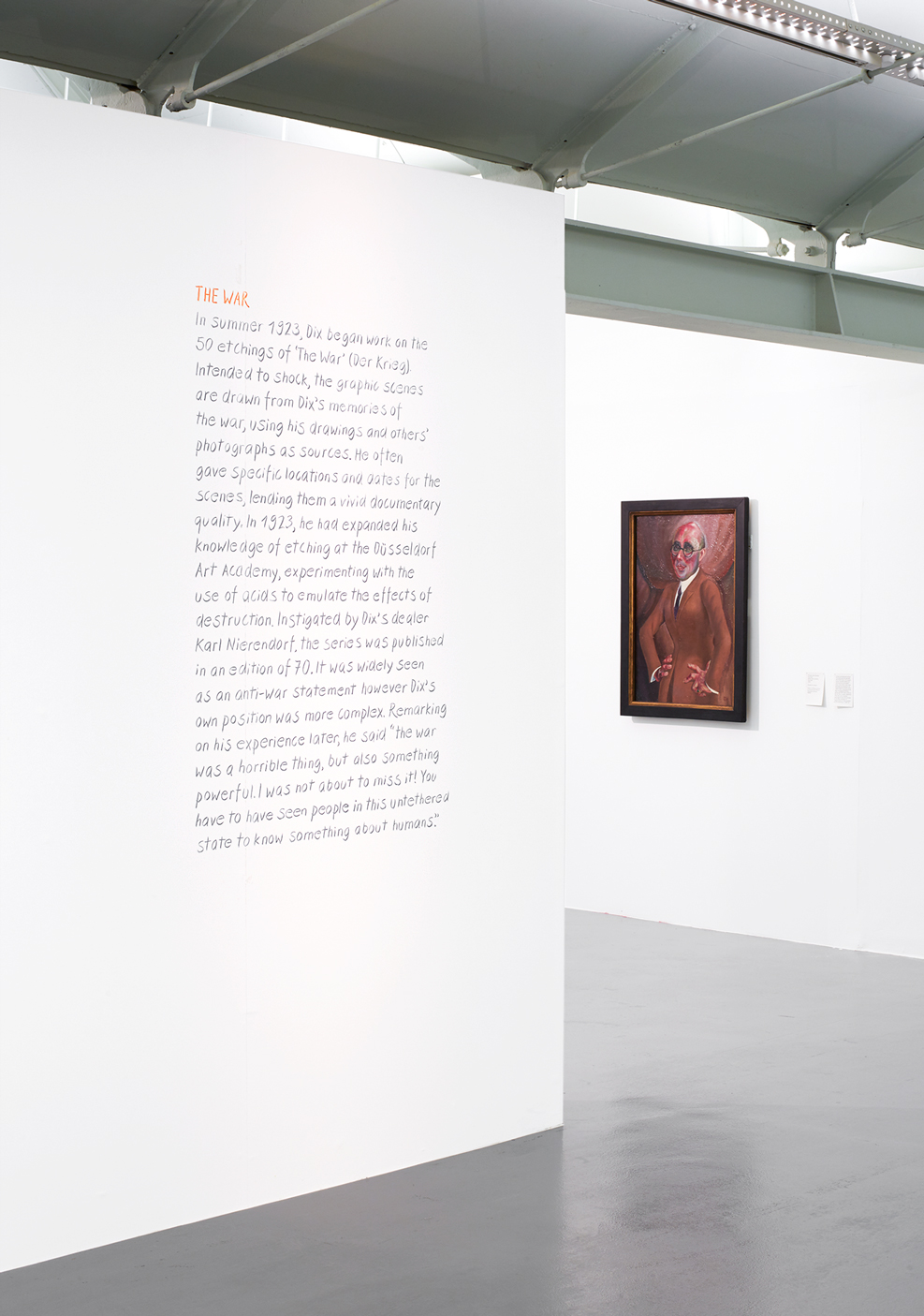 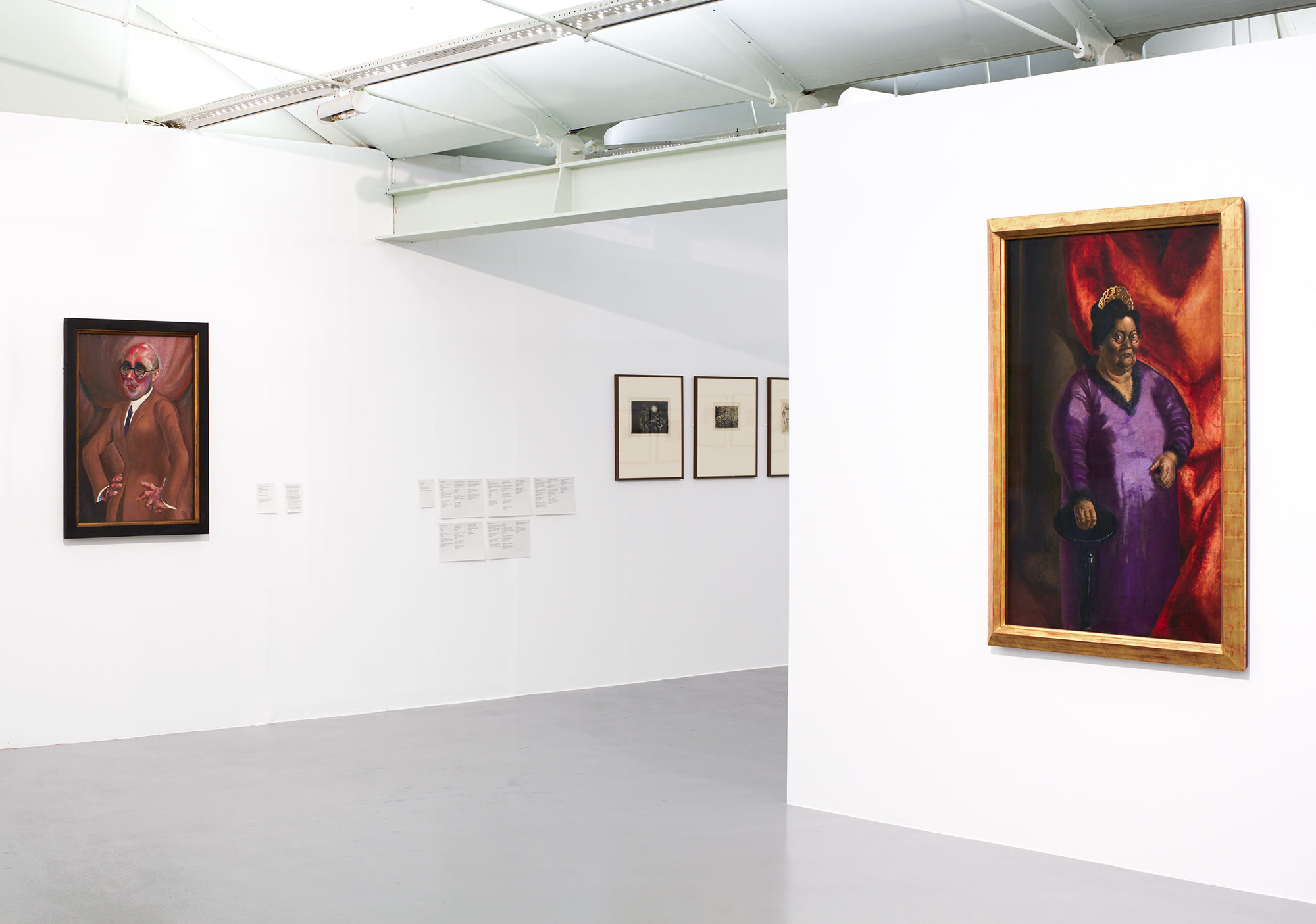 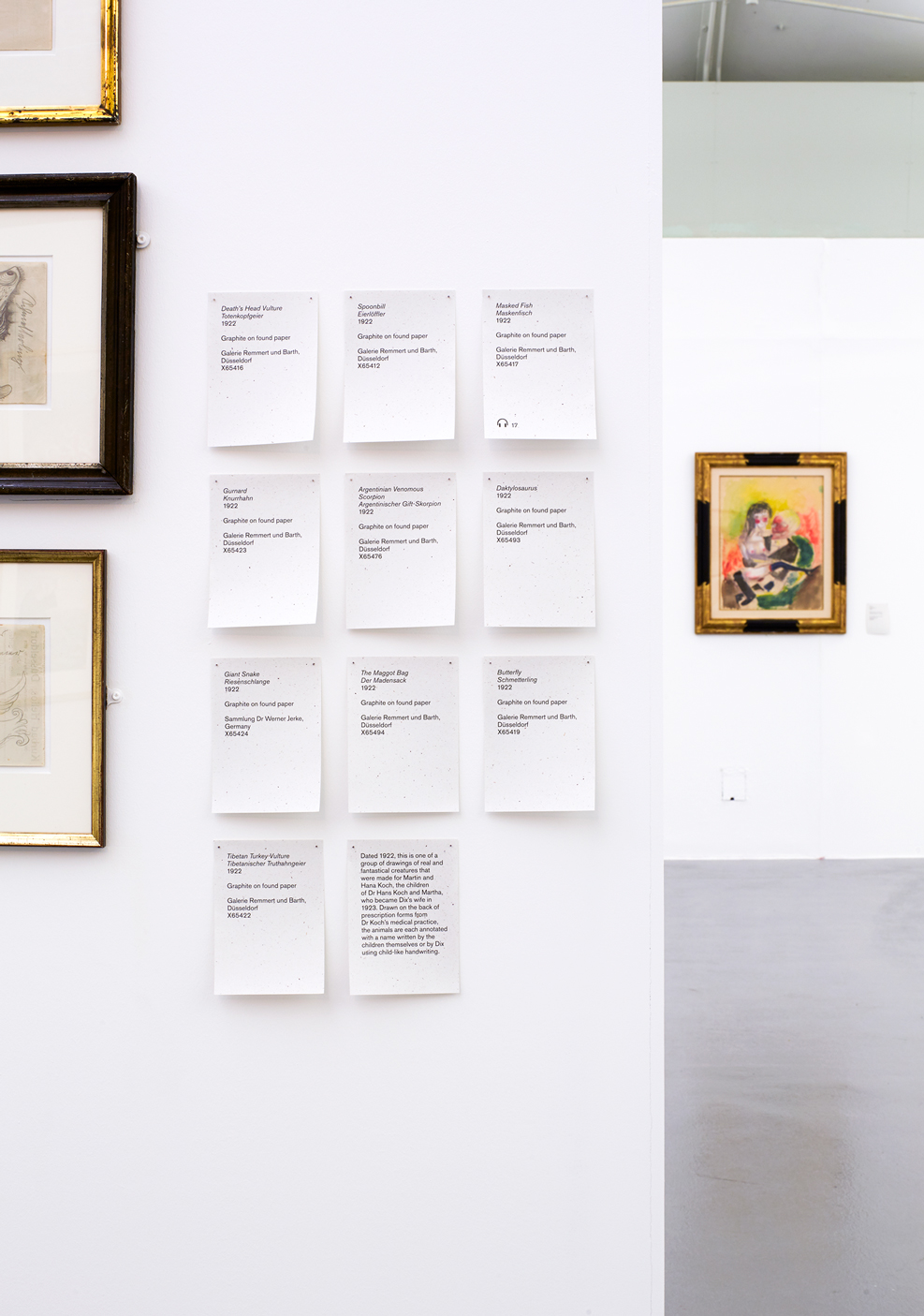 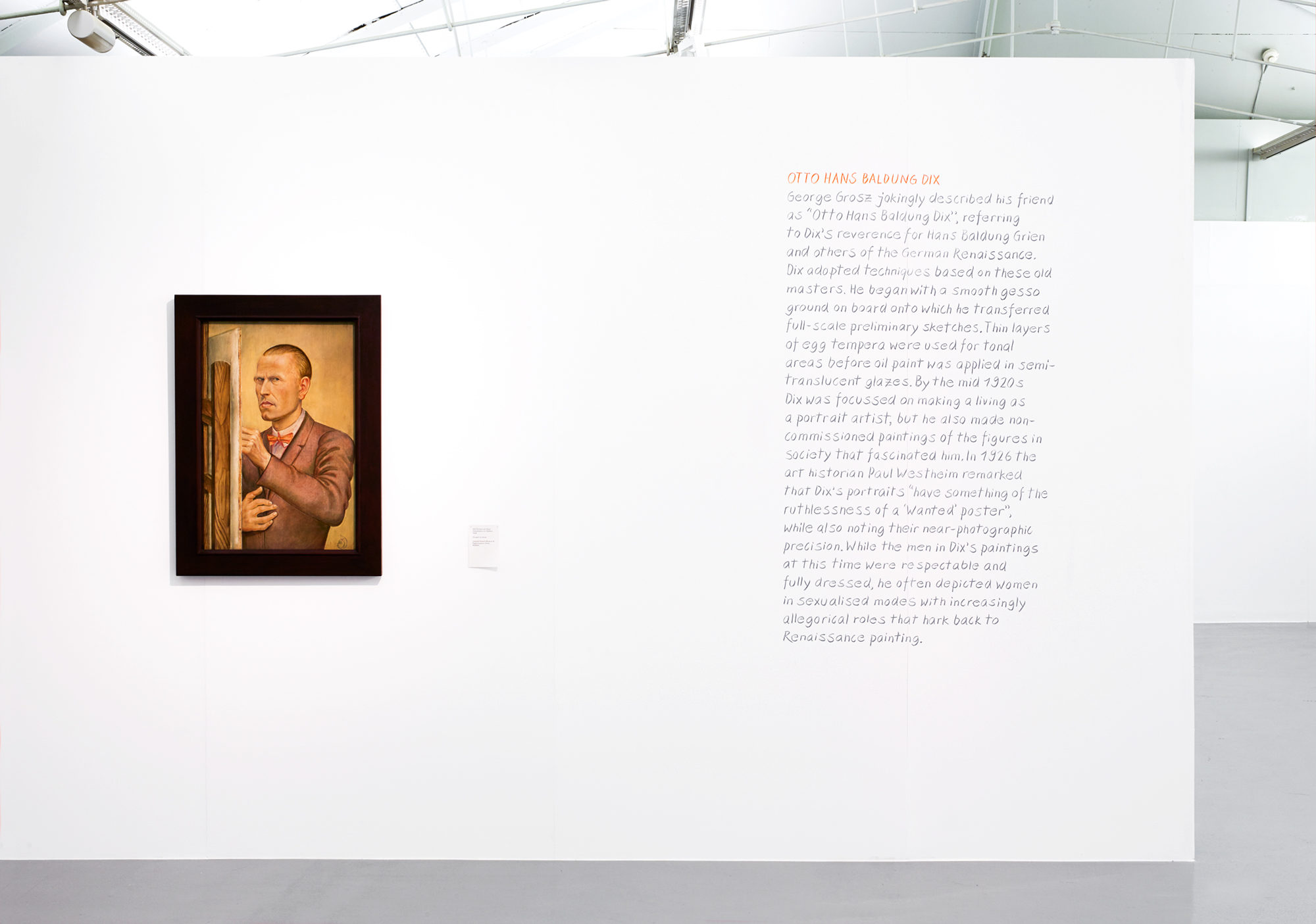 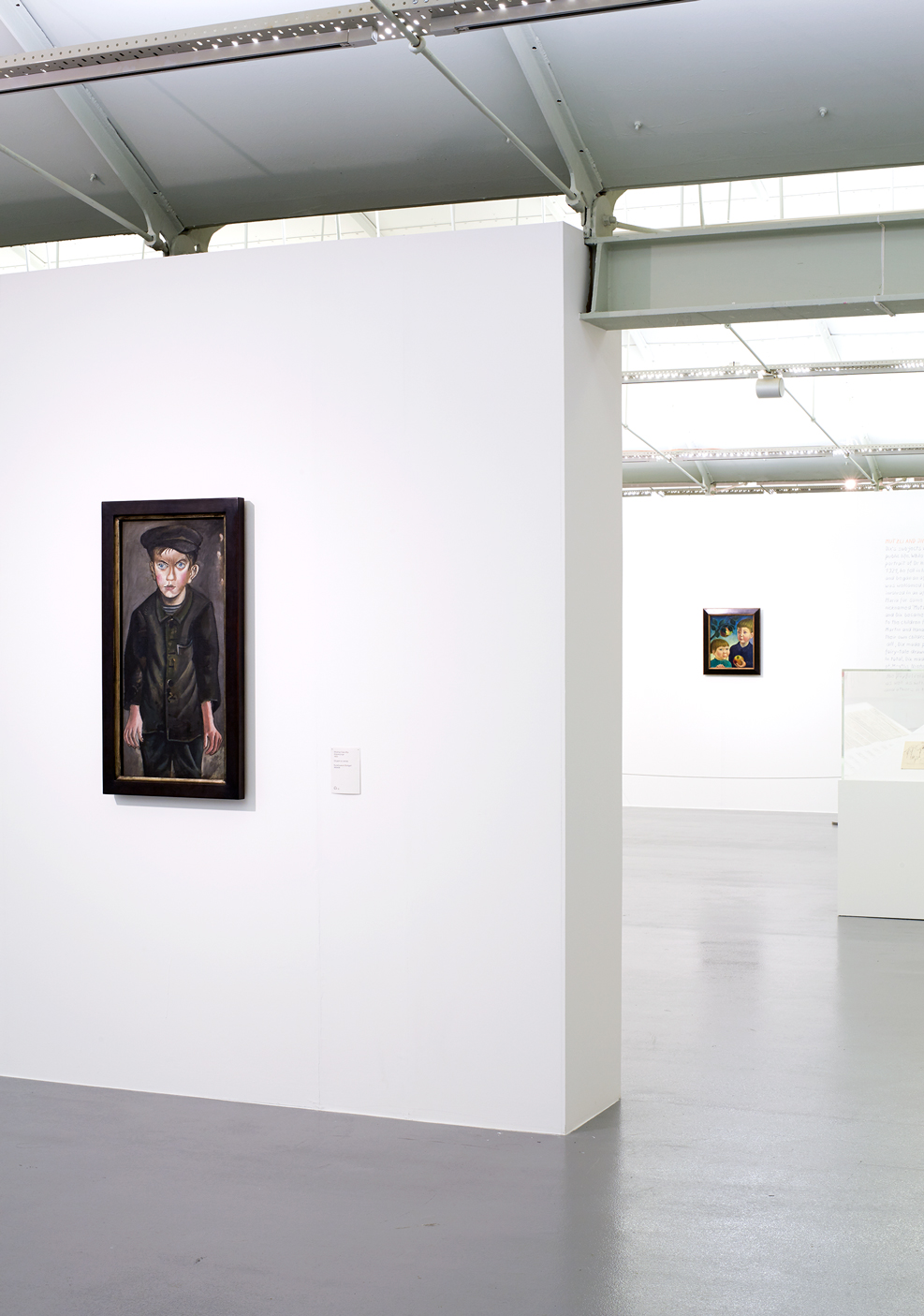 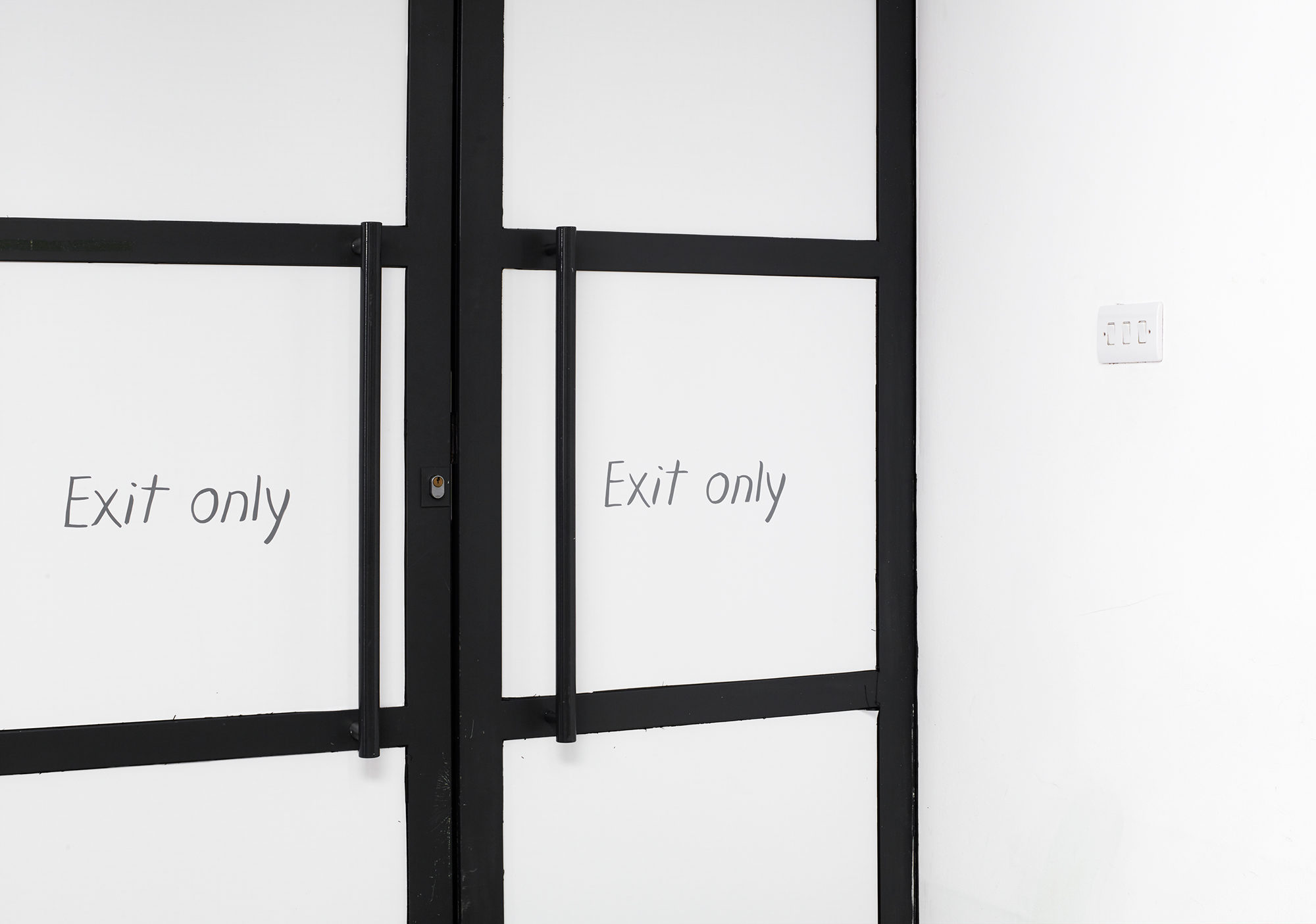 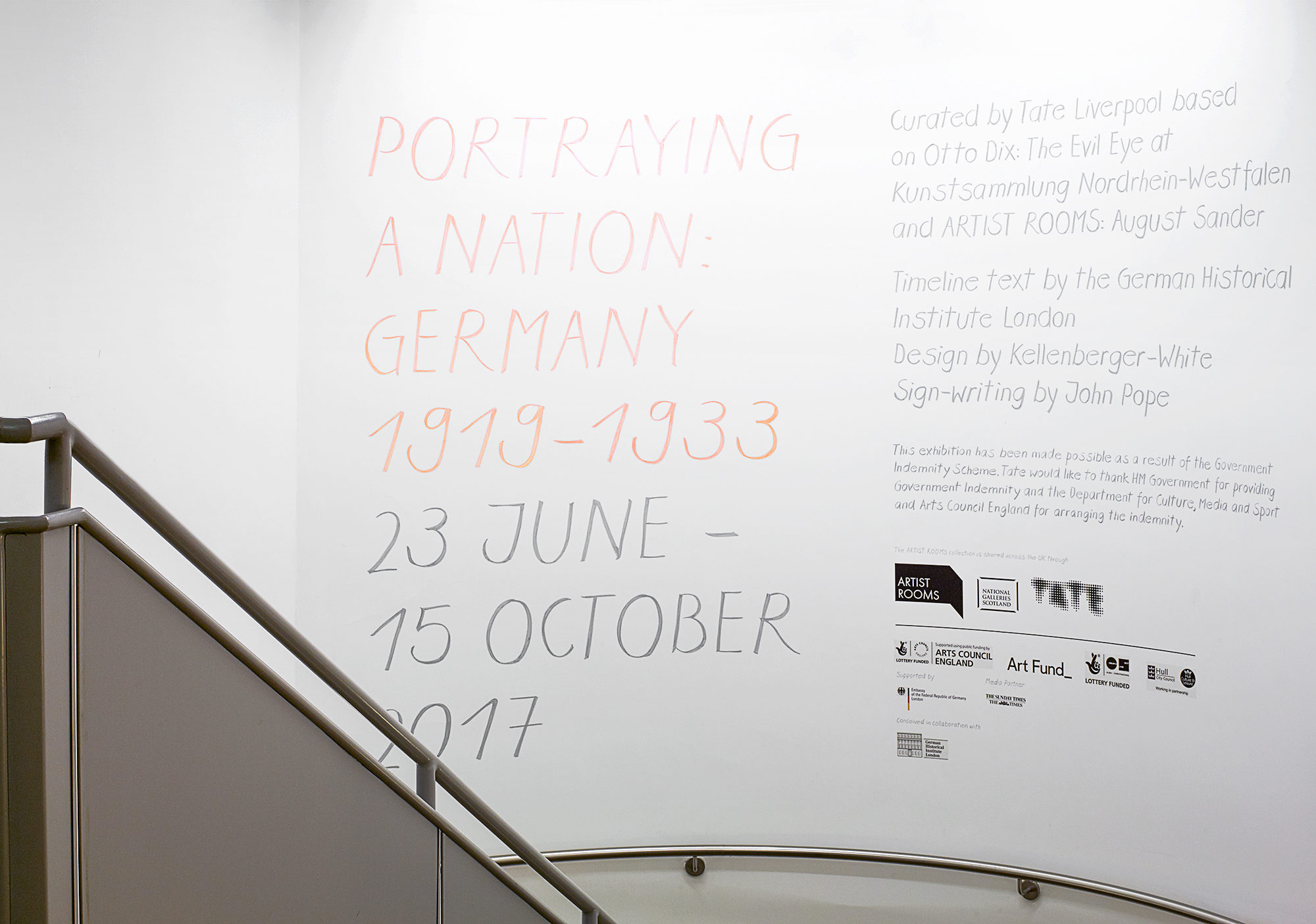 “A pungent new exhibition reveals a world of chaos”
The Guardian

Sander’s pictures, showing a cross-section of Weimar society, were accompanied by a timeline of German history over the same period. Juxtaposed against portraits of doctors, farmers and circus performers were details of events that would culminate in the Second World War.

We designed the exhibition to amplify this relationship between official history and the faces of the people who lived through it. To achieve this, we flipped the conventional hierarchy of image and exhibition text, so that the timeline text was large enough to be read from afar, which meant it could be read while visitors looked at the photographs.

For the exhibition typography, we devised an informal handwritten typeface from the jottings on photographic negatives and contact sheets, using letterforms we had found in Germanic handwriting exercise books. We typeset the photo captions in Akzidenz-Grotesk, the first popular sans serif released by Berlin’s Berthold Type Foundry in 1898, on sheets of paper fixed loosely to the wall.

The width of two Sander portraits hung side by side made an ideal column width for the timeline typeface at the scale we required. This column-to-image ratio dictated the rest of the exhibition design, as well as the length of the written content; we applied the same informal visual language to the Otto Dix exhibition. Production involved full-scale prototyping, as well as working with the signwriter John Pope.