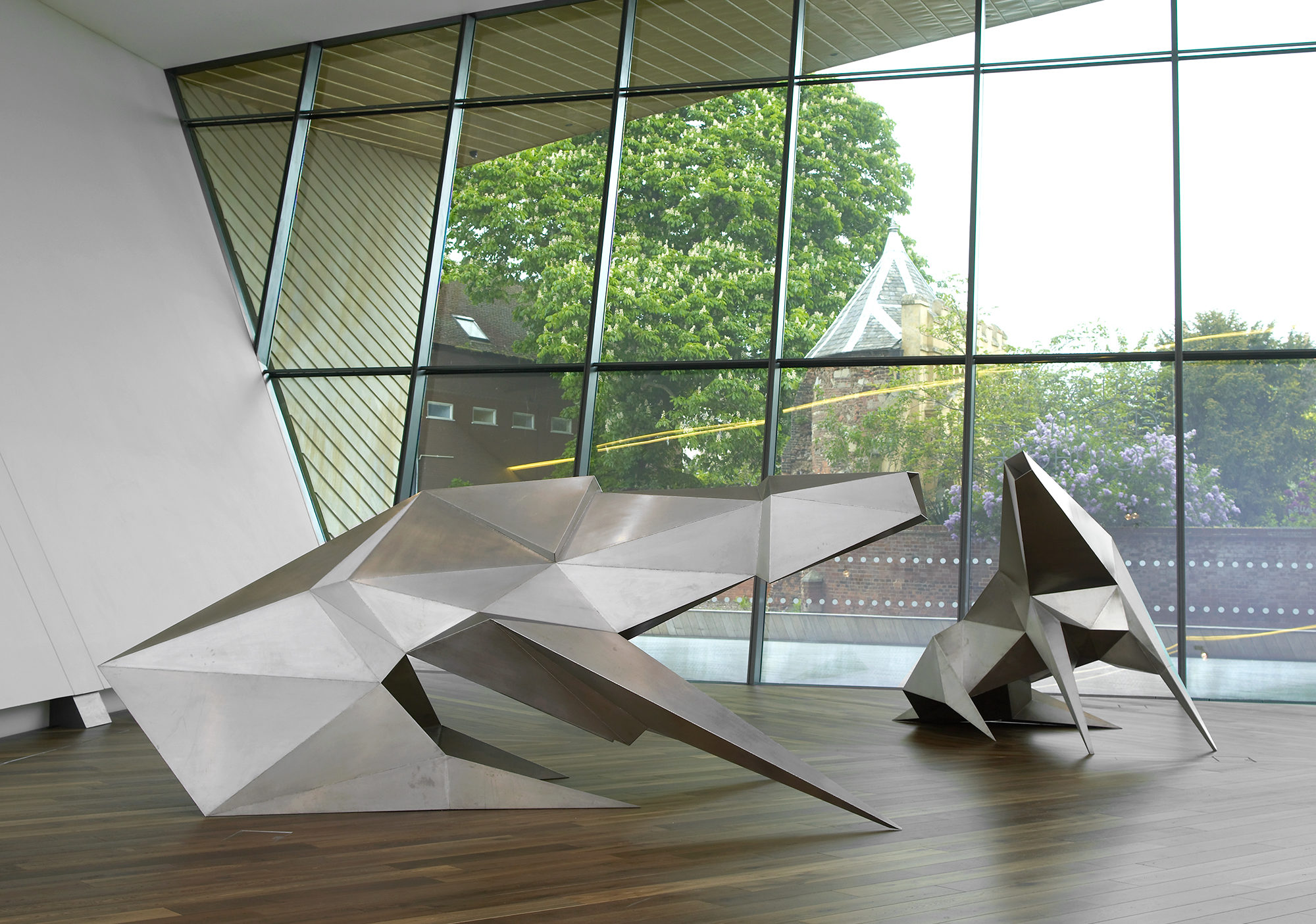 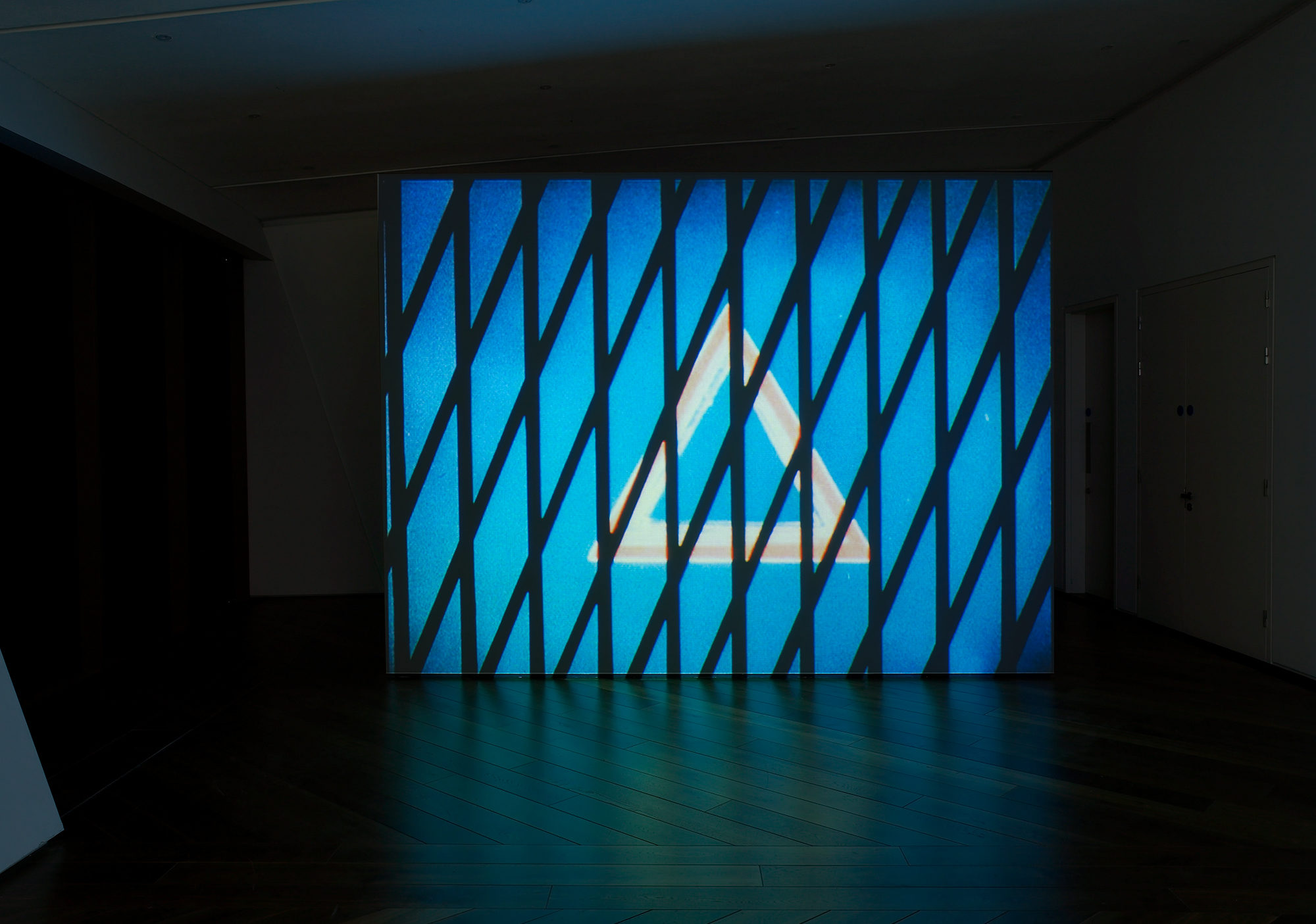 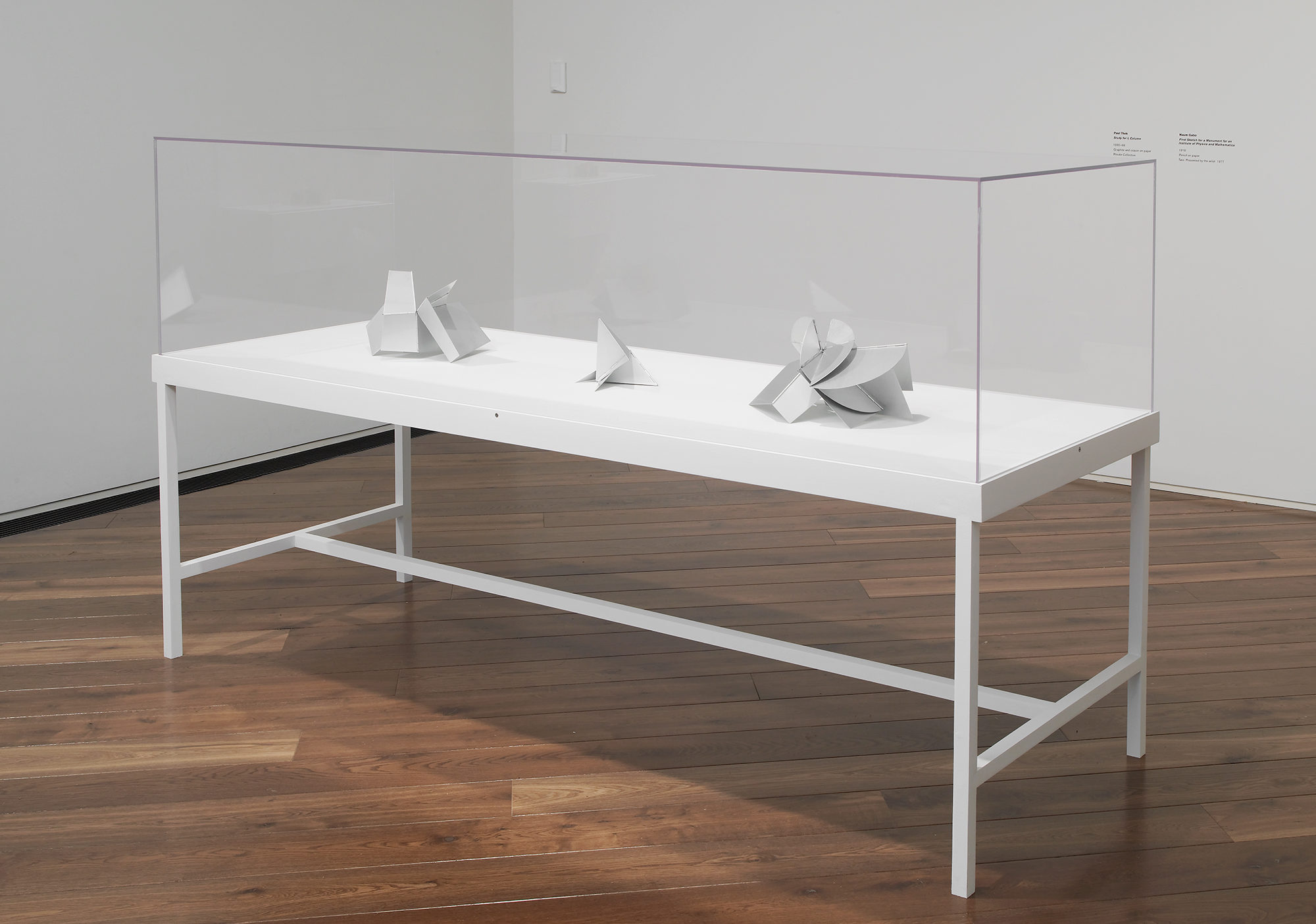 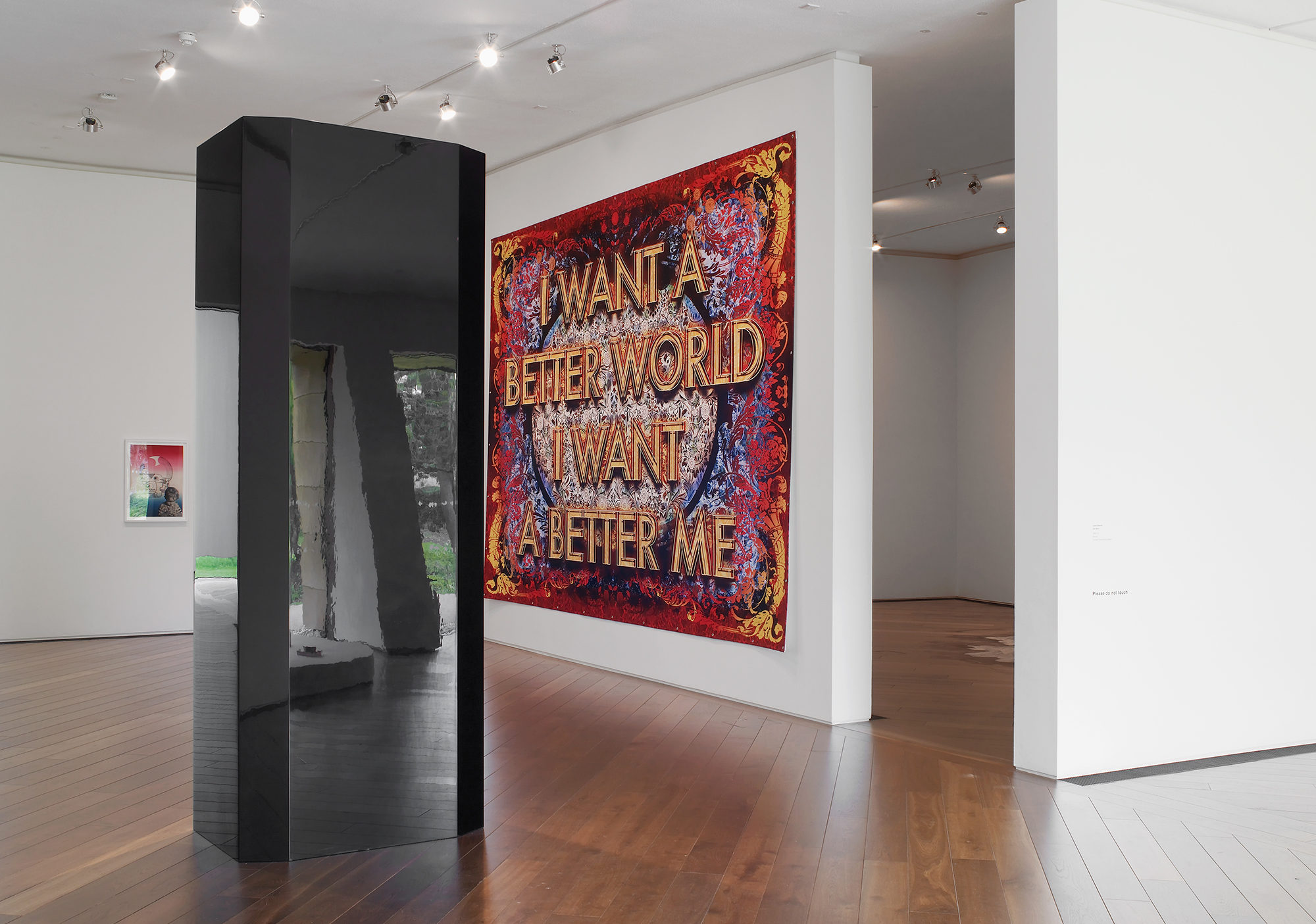 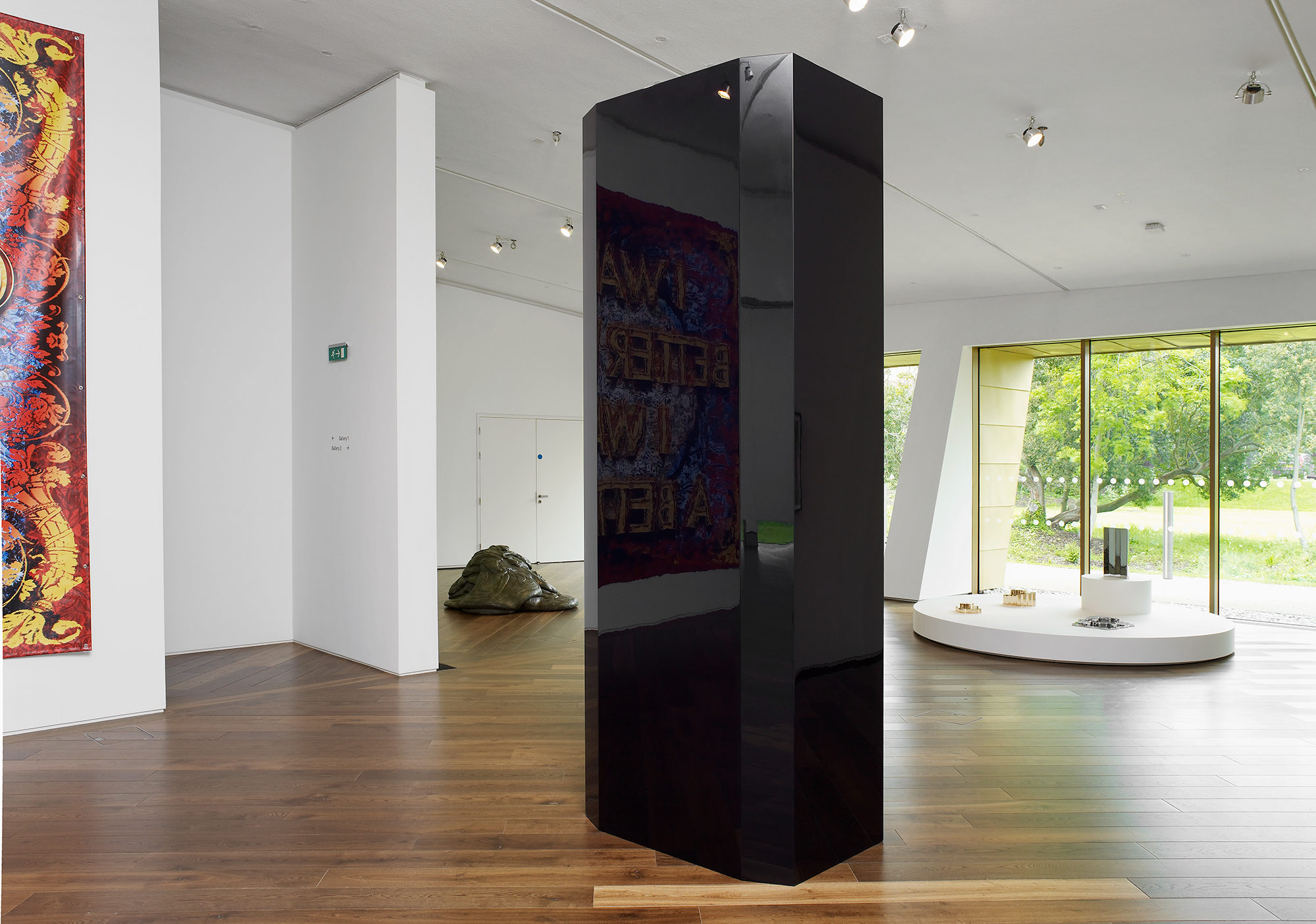 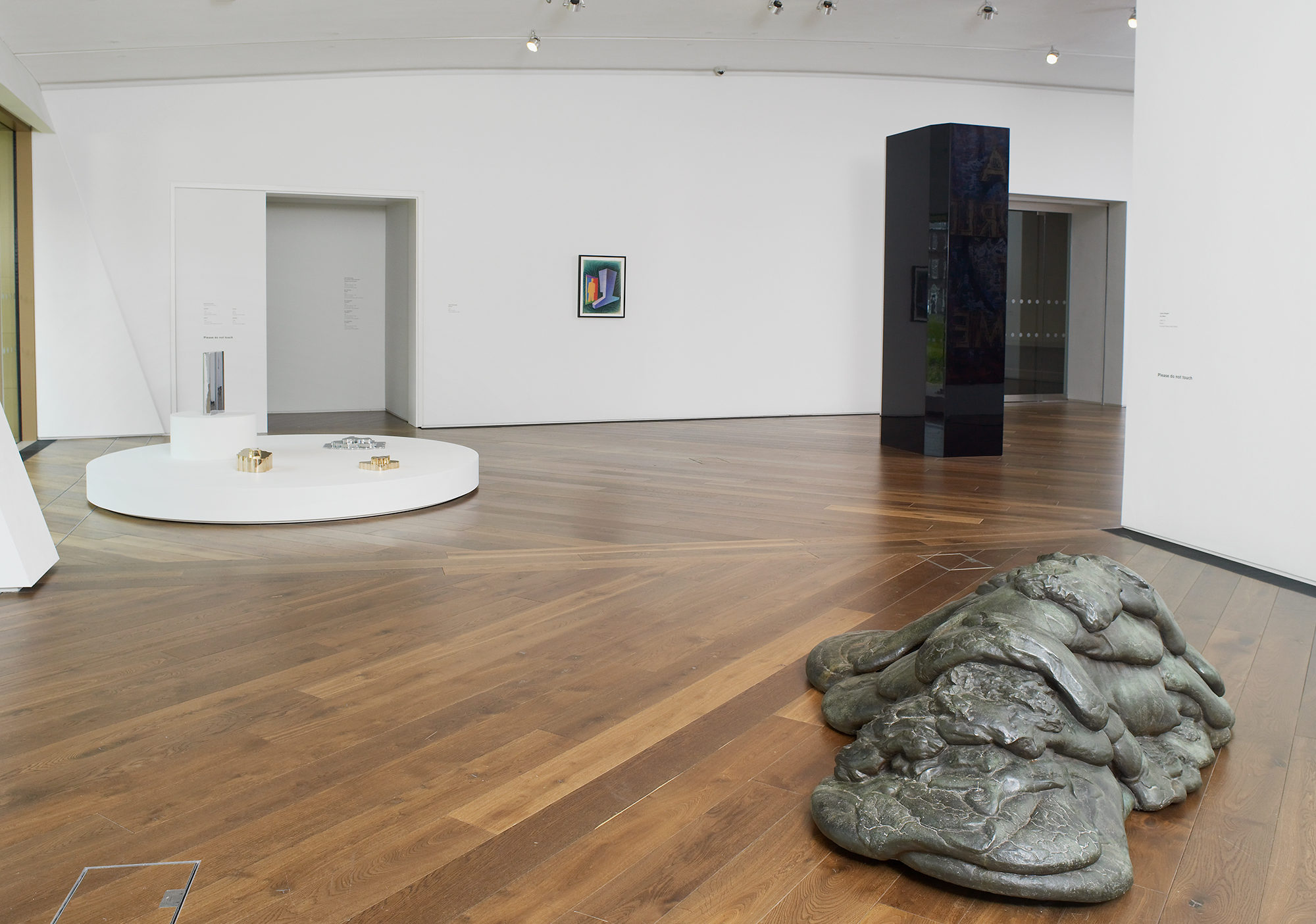 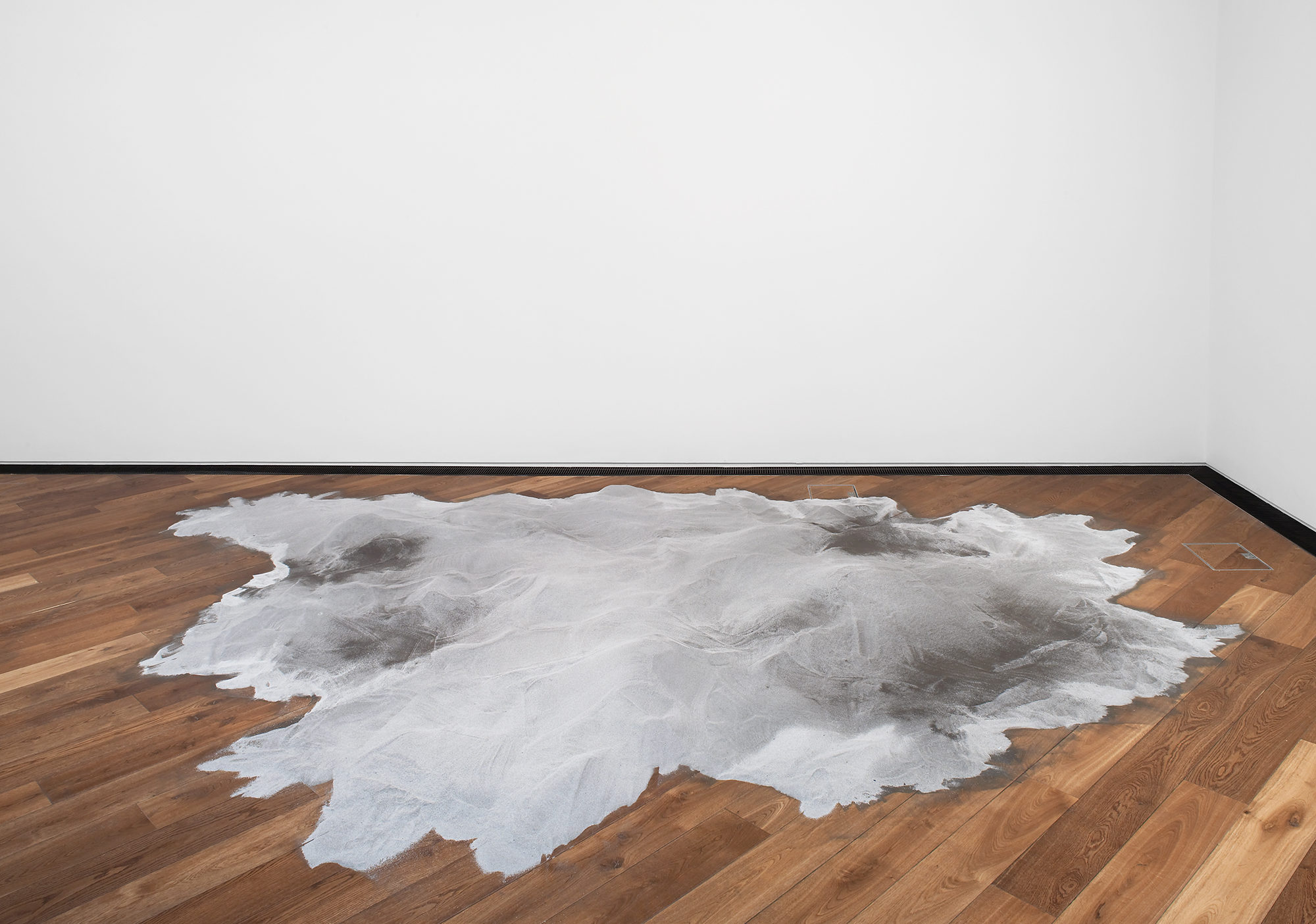 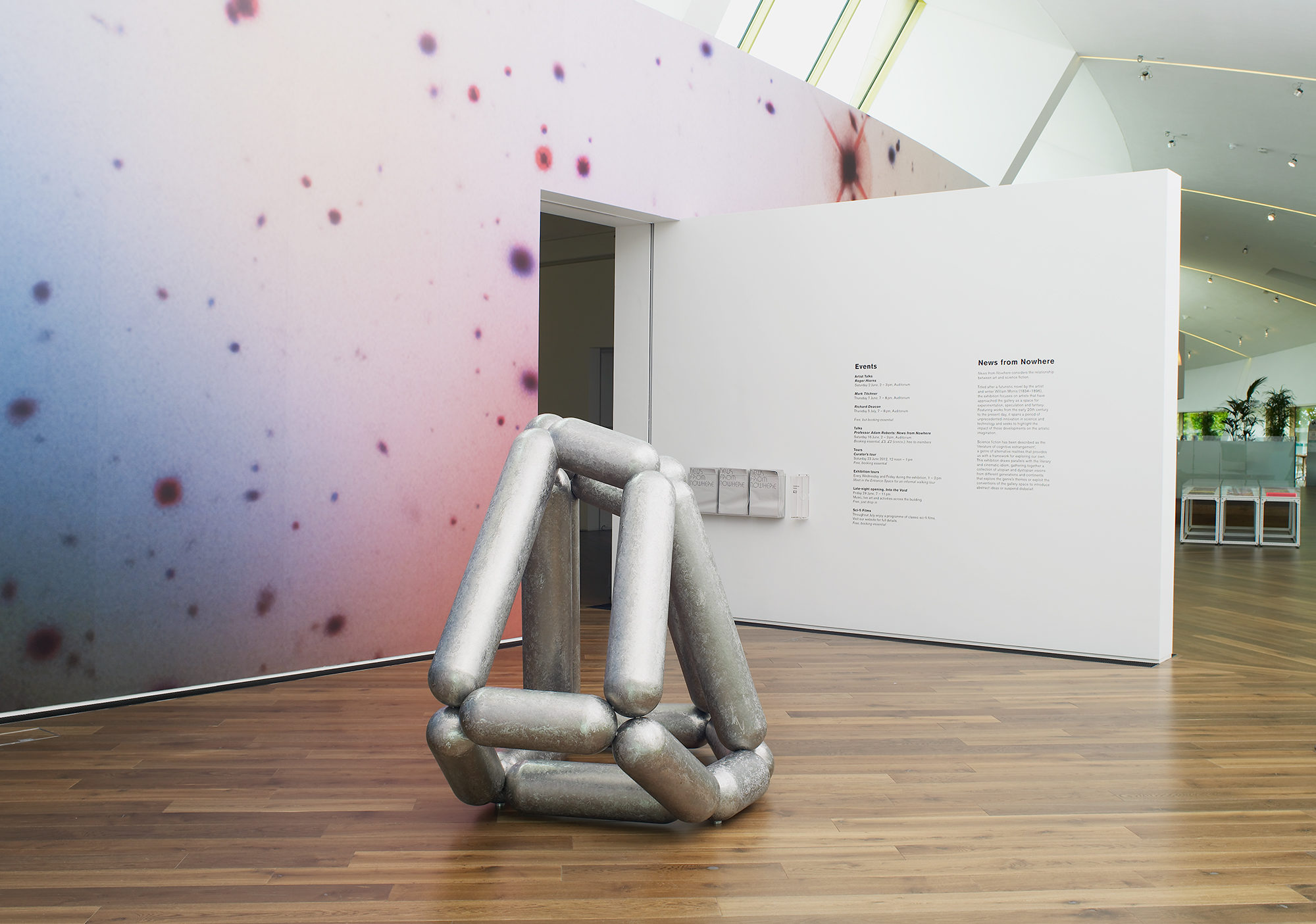 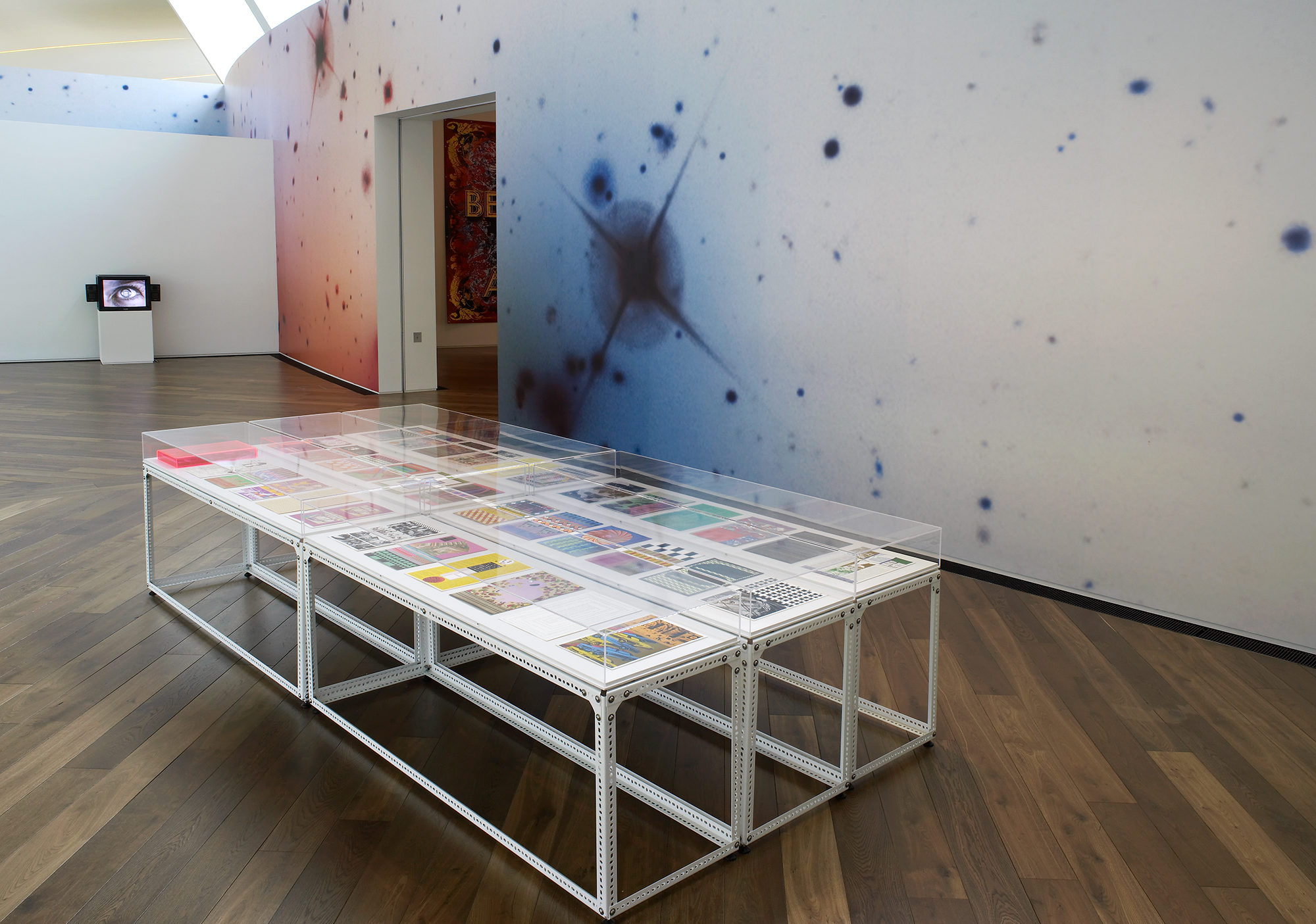 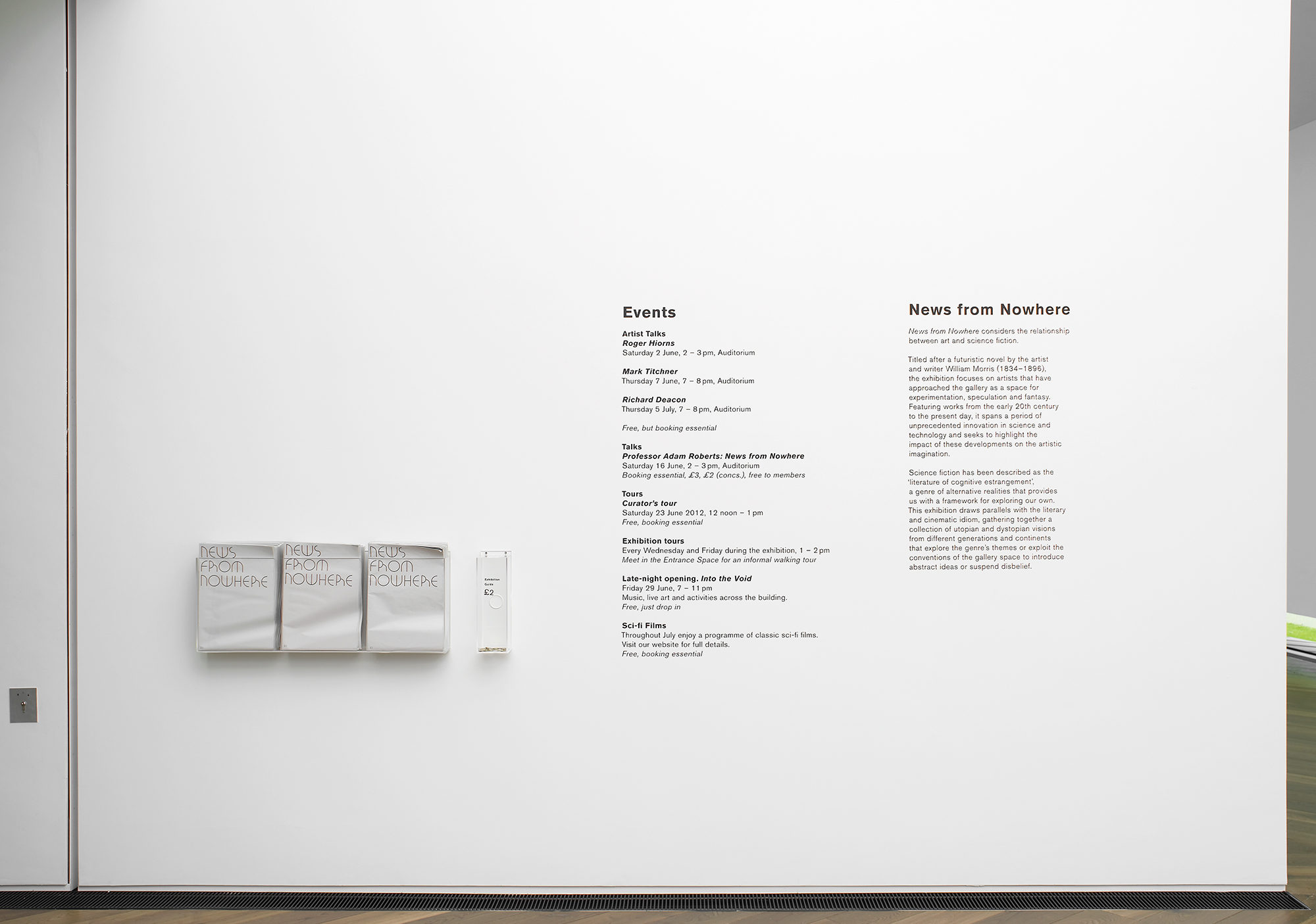 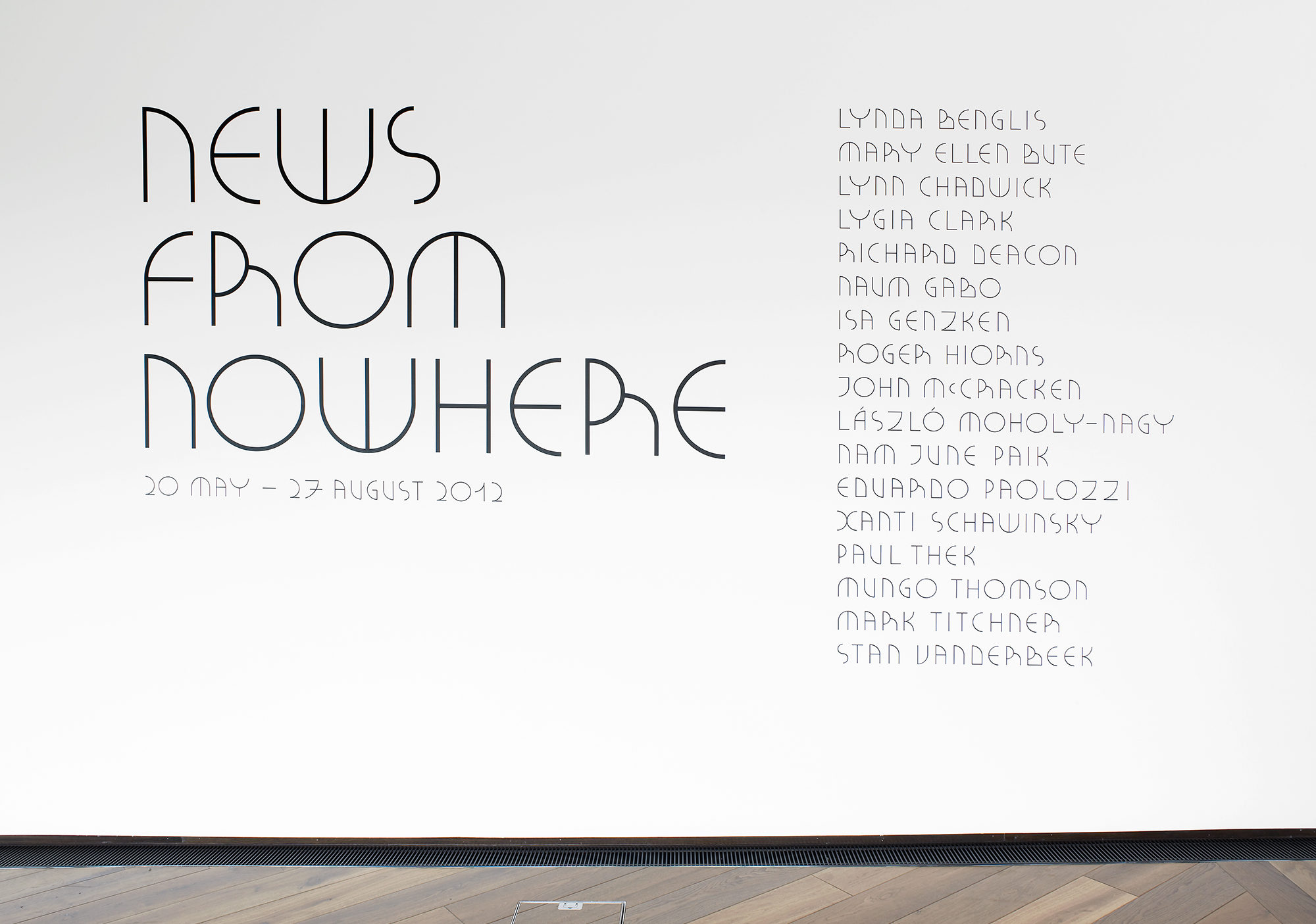 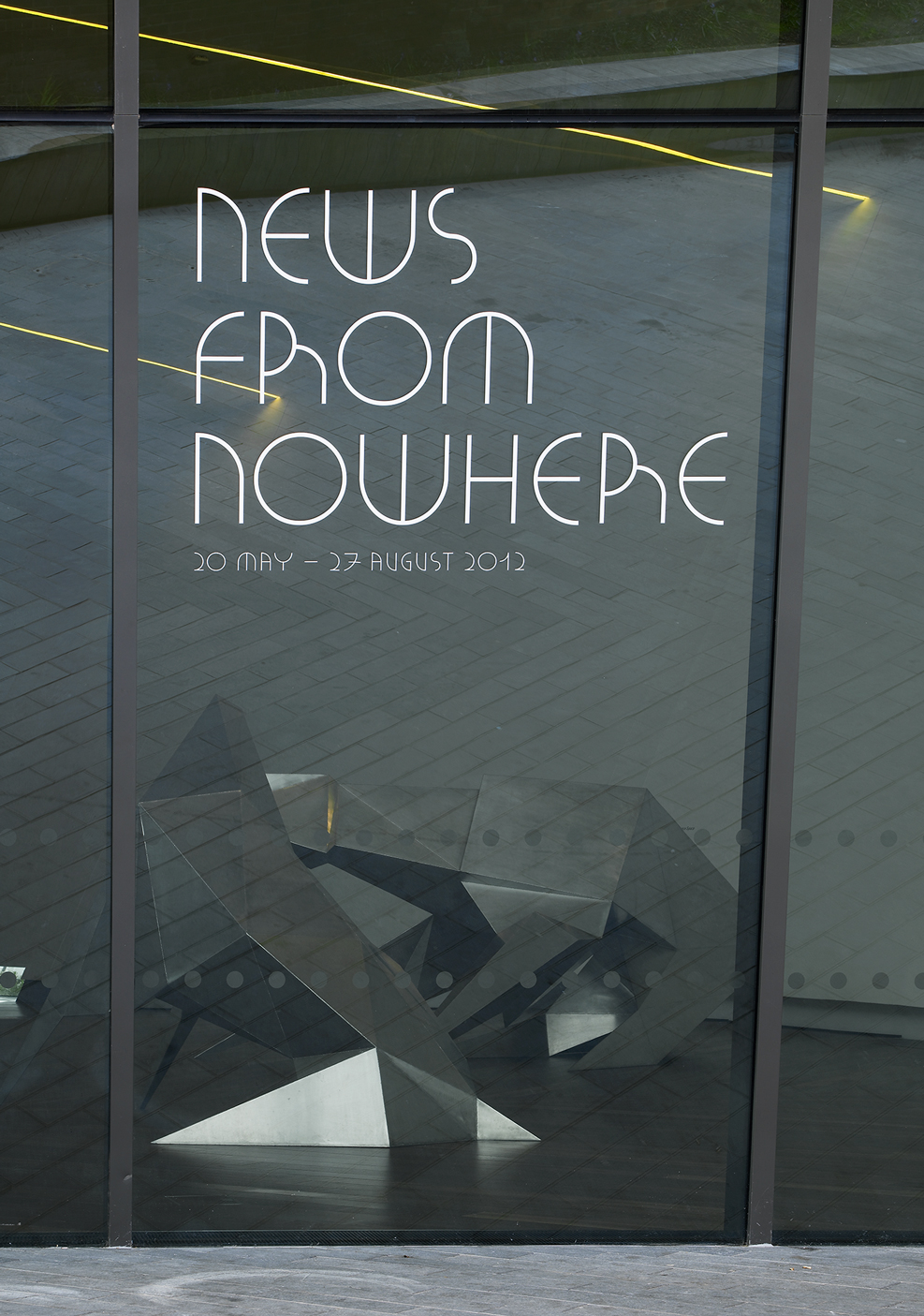 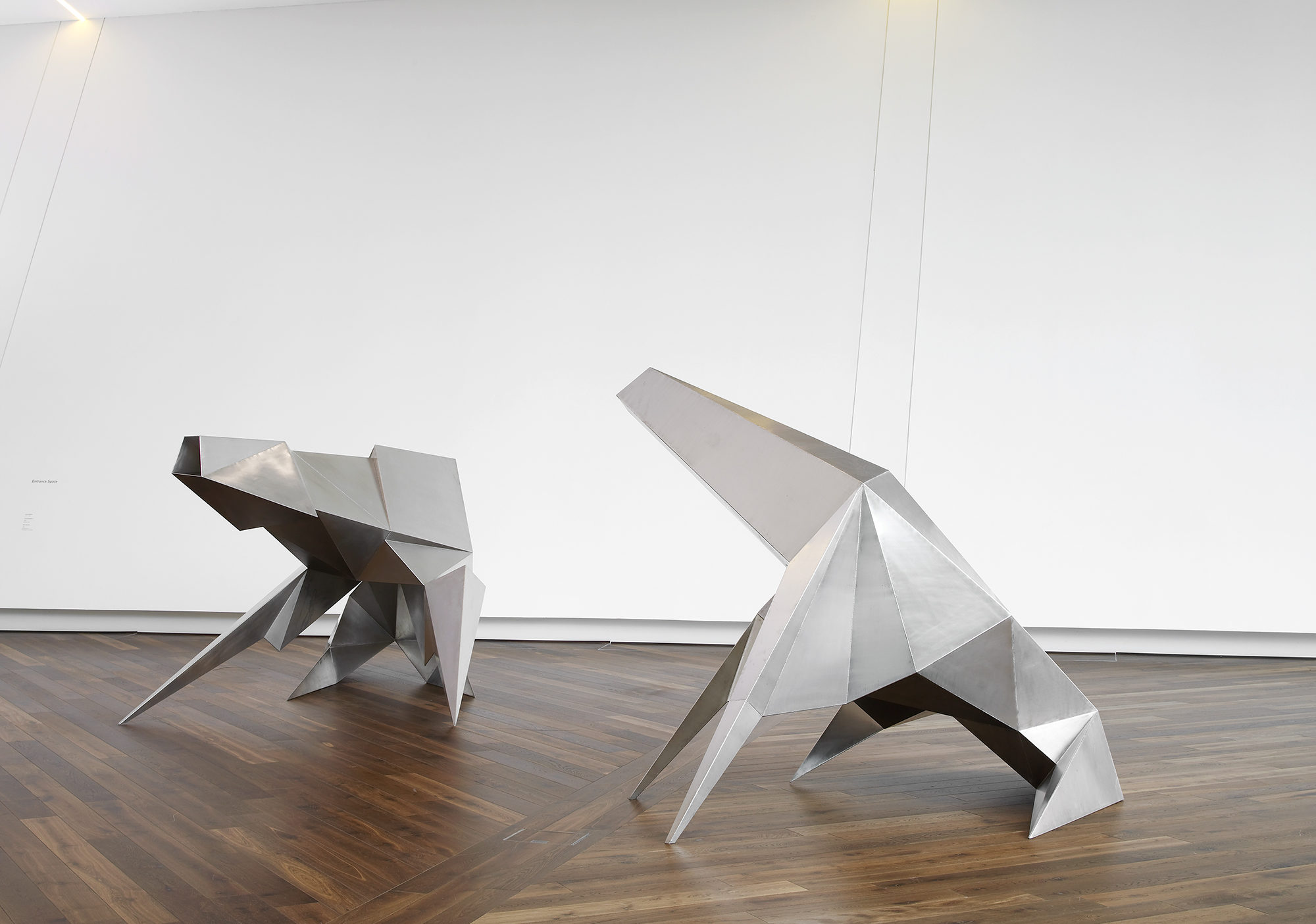 ‘News from Nowhere’ was a thematic exhibition exploring the relationship between art and science fiction, featuring works ranging from the early 20th century to the present day. The exhibition drew parallels with the literary and cinematic idiom, gathering a collection of utopian and dystopian visions.

Kellenberger–White designed a bespoke typographic identity for use in the exhibition graphics, newspaper publication, and marketing materials.

The typeface was based on shapes found in the exhibited works and research material. The geometry of the letterforms drew on the circular lines in Naum Gabo’s drawing ‘First Sketch for a Monument for an Institute of Physics and Mathematics’ (1919). Further inspiration was drawn from the futuristic sets designed by László Moholy-Nagy for the film adaptation of the H.G. Wells novel, ‘Things to Come’ (dir. Alexander Korda, 1936). Using light as a material, Moholy-Nagy’s sets avoided dense solid forms, instead using thin steel columns panelled with glass and clear plastics. Our Gabo typeface is light, its strokes are thin and the counters are large, making the background material (white walls and paper) shine through.

The exhibition was accompanied by an illustrated publication designed and printed in newspaper format.