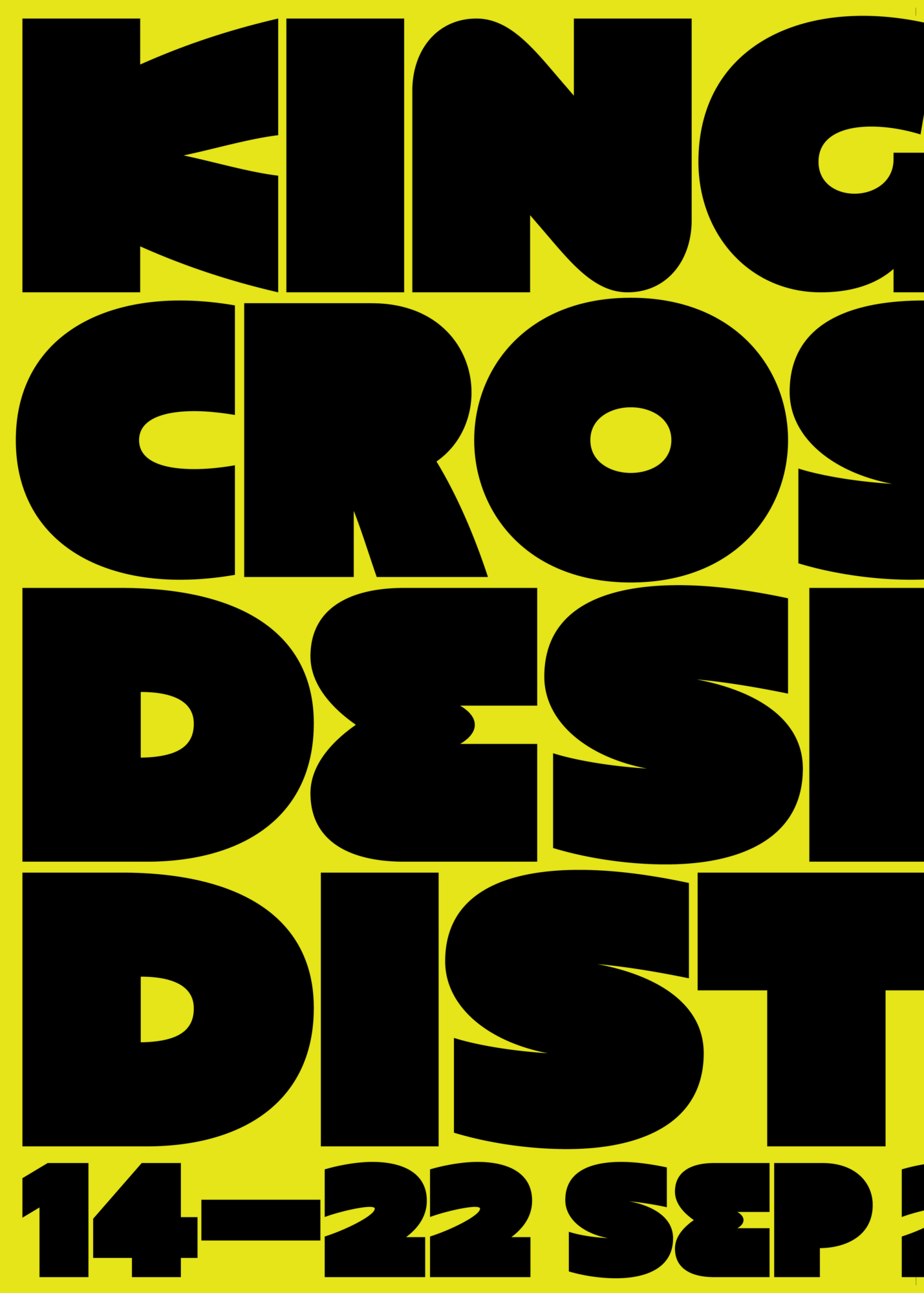 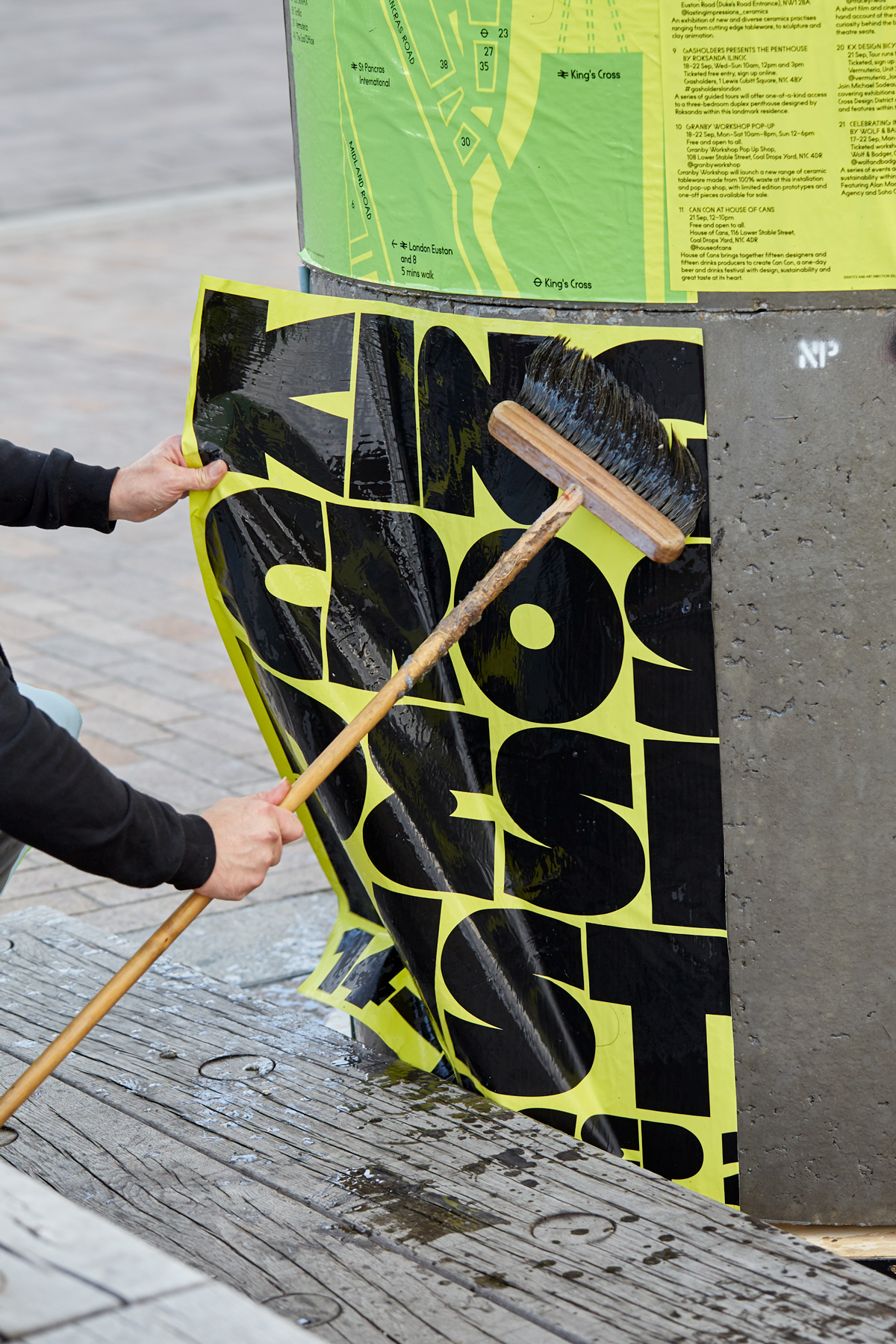 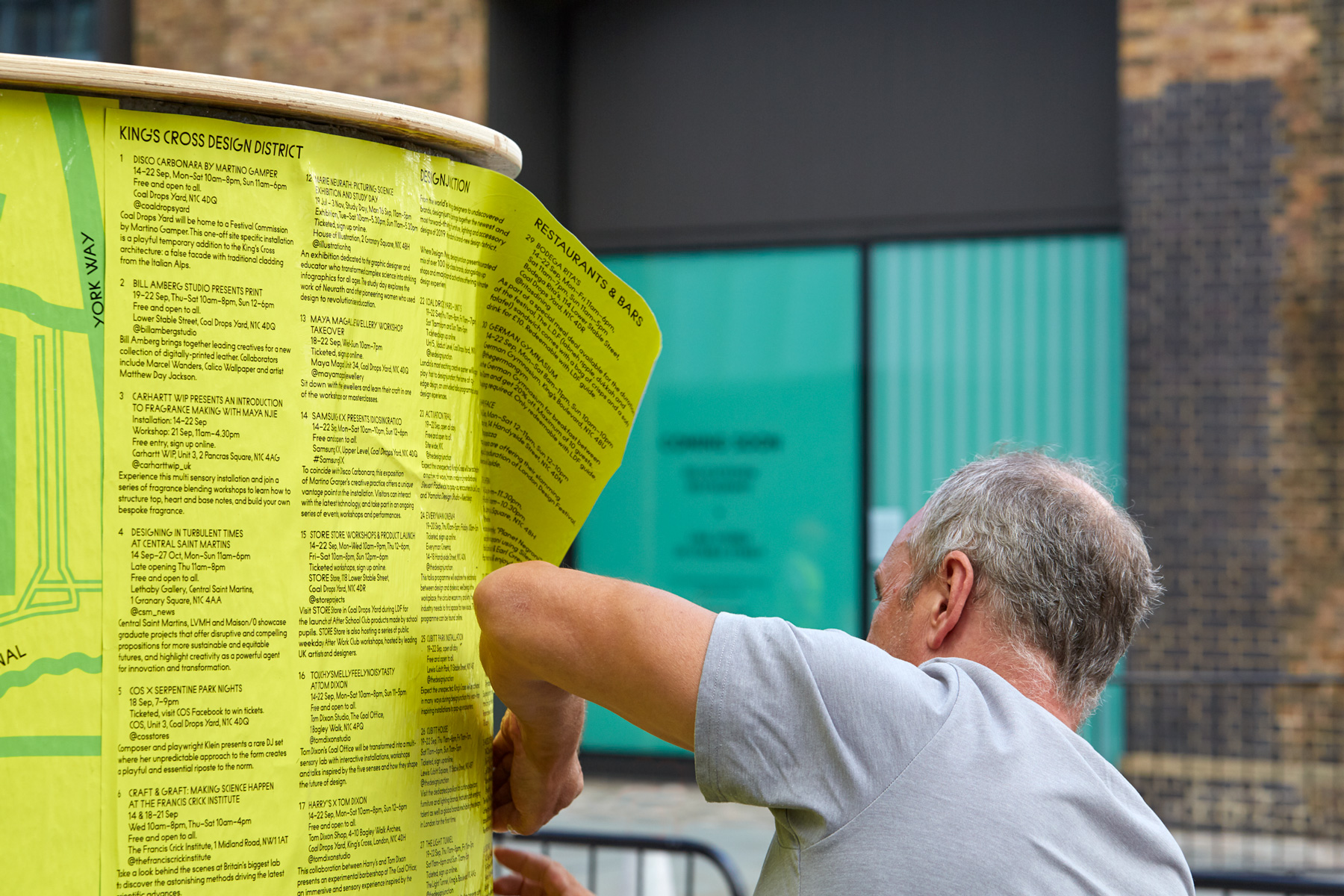 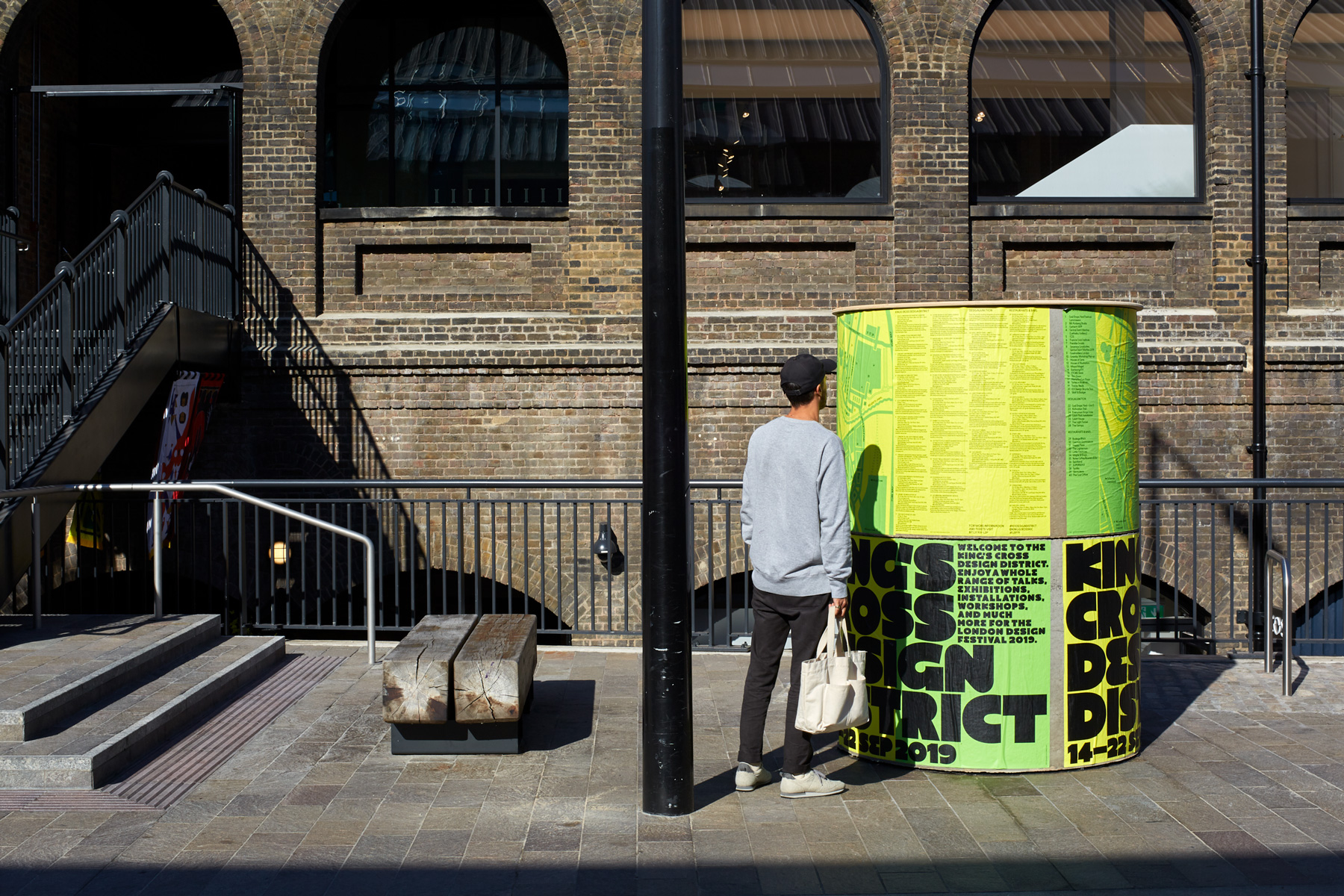 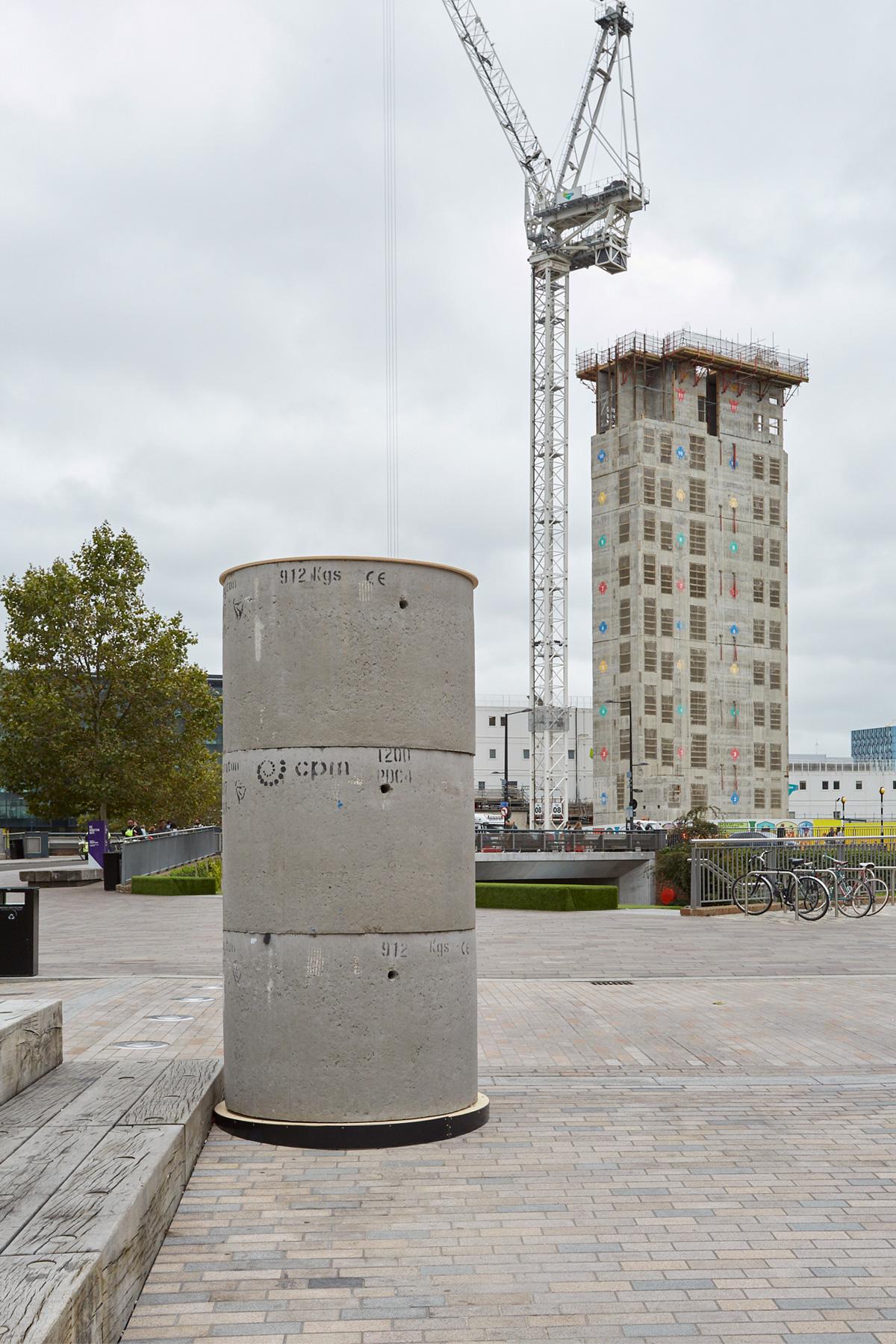 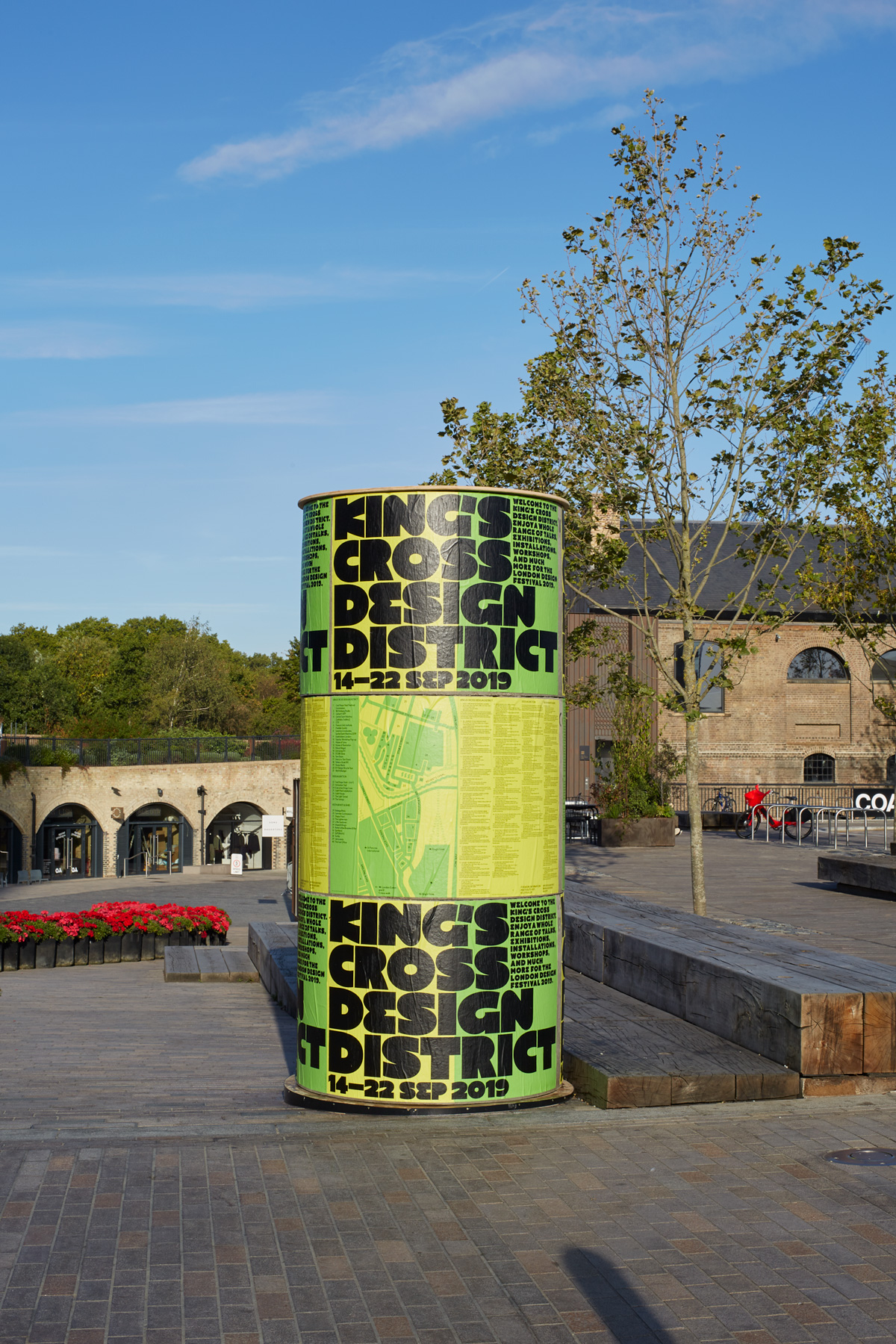 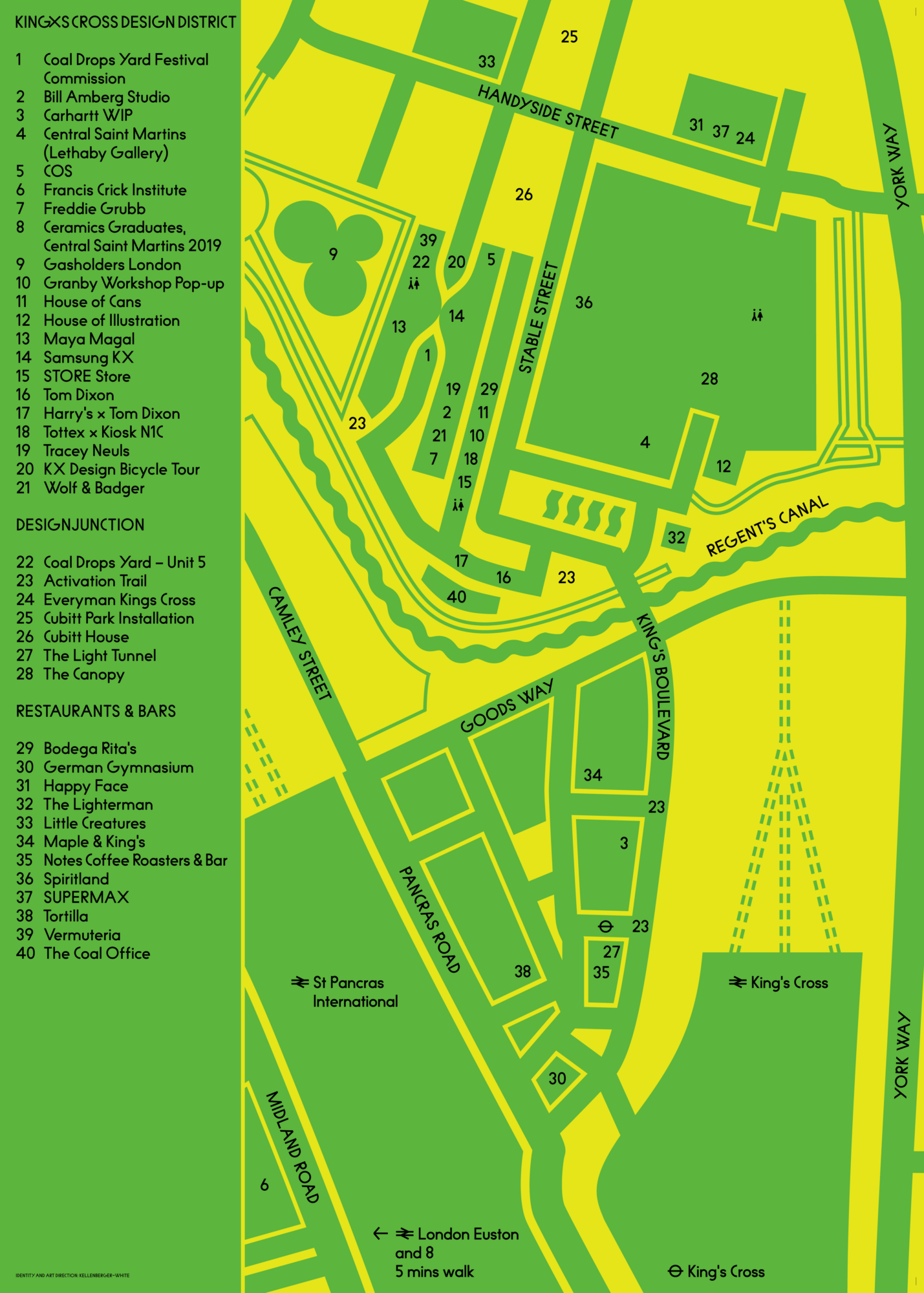 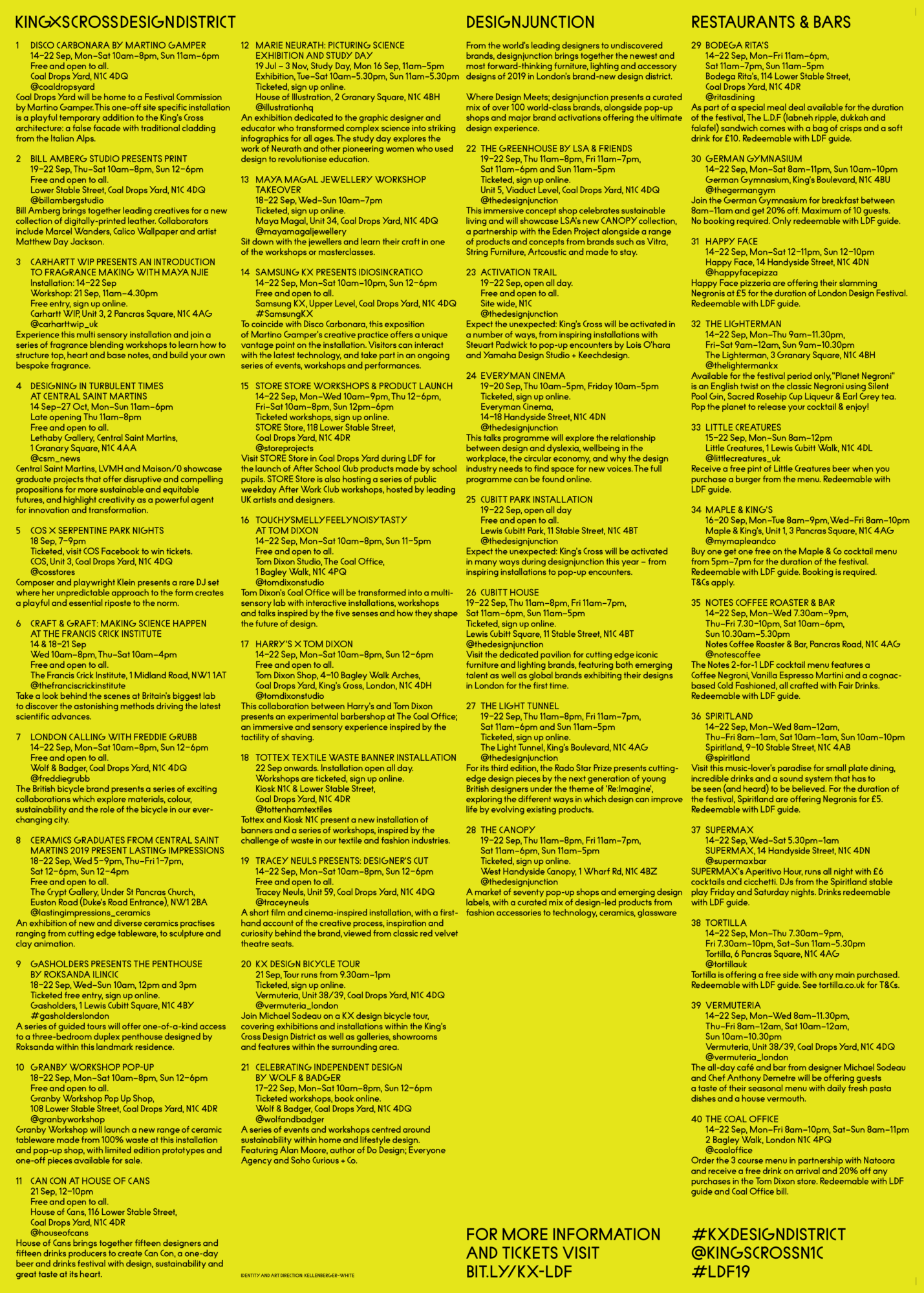 We have designed the identity for the London Design Festival’s newest design district since it was established in 2019. King’s Cross is one of the largest regeneration projects in Europe and the King’s Cross Design District presents exhibitions, installations and talks during the festival. Both the visual identity and the Design District serve to cement a place in London’s fabric for the new residential and commercial precinct once occupied by railways and warehouses.

To do this, we developed an inventive, low-waste signage system and social-media campaign in the spirit of a street-poster campaign. We designed a characterful poster typeface, KW Litfass, in the tradition of European advertising columns bollards. Our signage scheme, spread across 67 acres of public space, makes use of modular concrete pipes typically used for underground drainage. By stacking these into large columns, and wrapping them with screen-printed posters, we created information touch-points throughout the district. After the event, the pipes are returned to an adjacent building site to minimise waste.