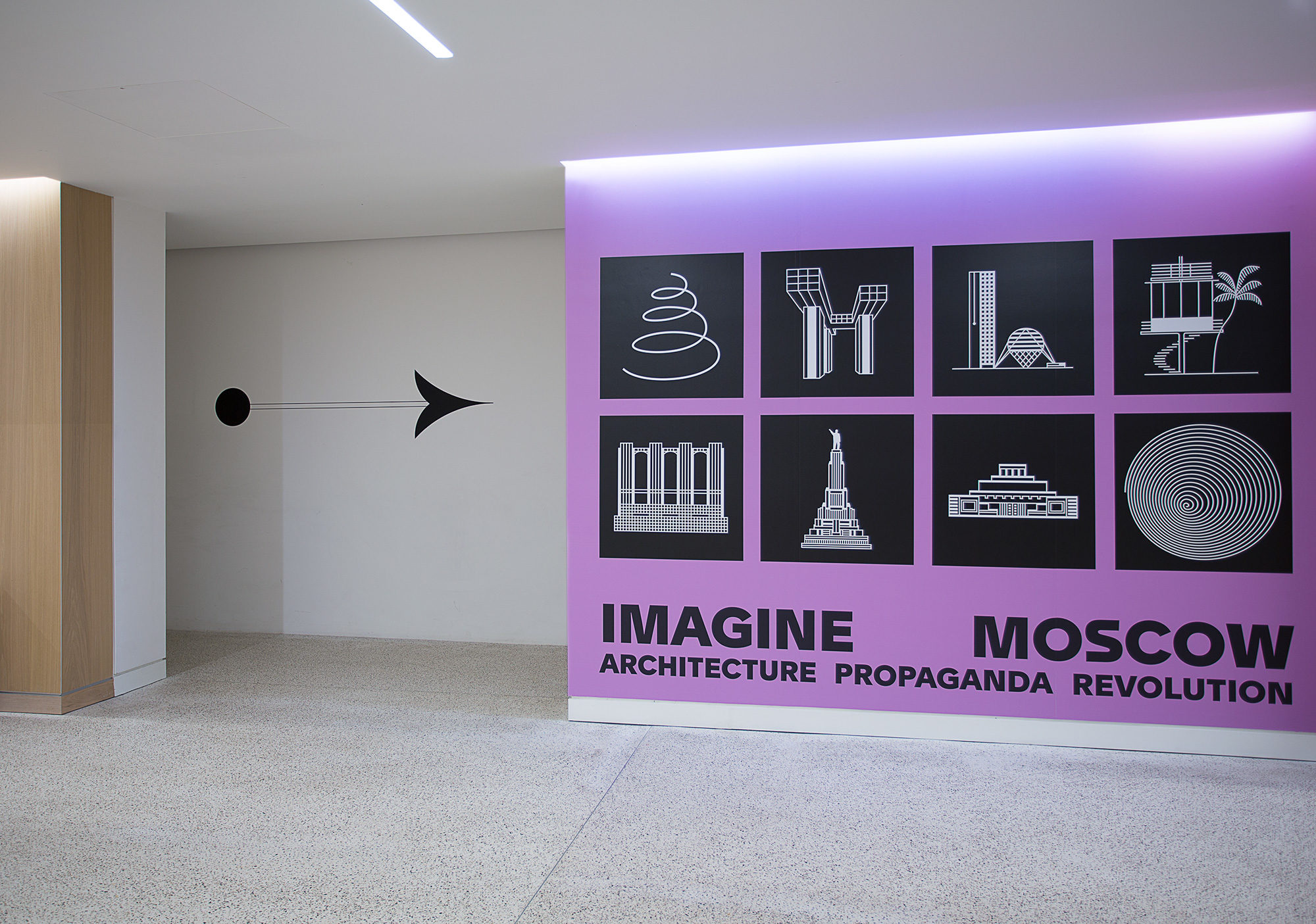 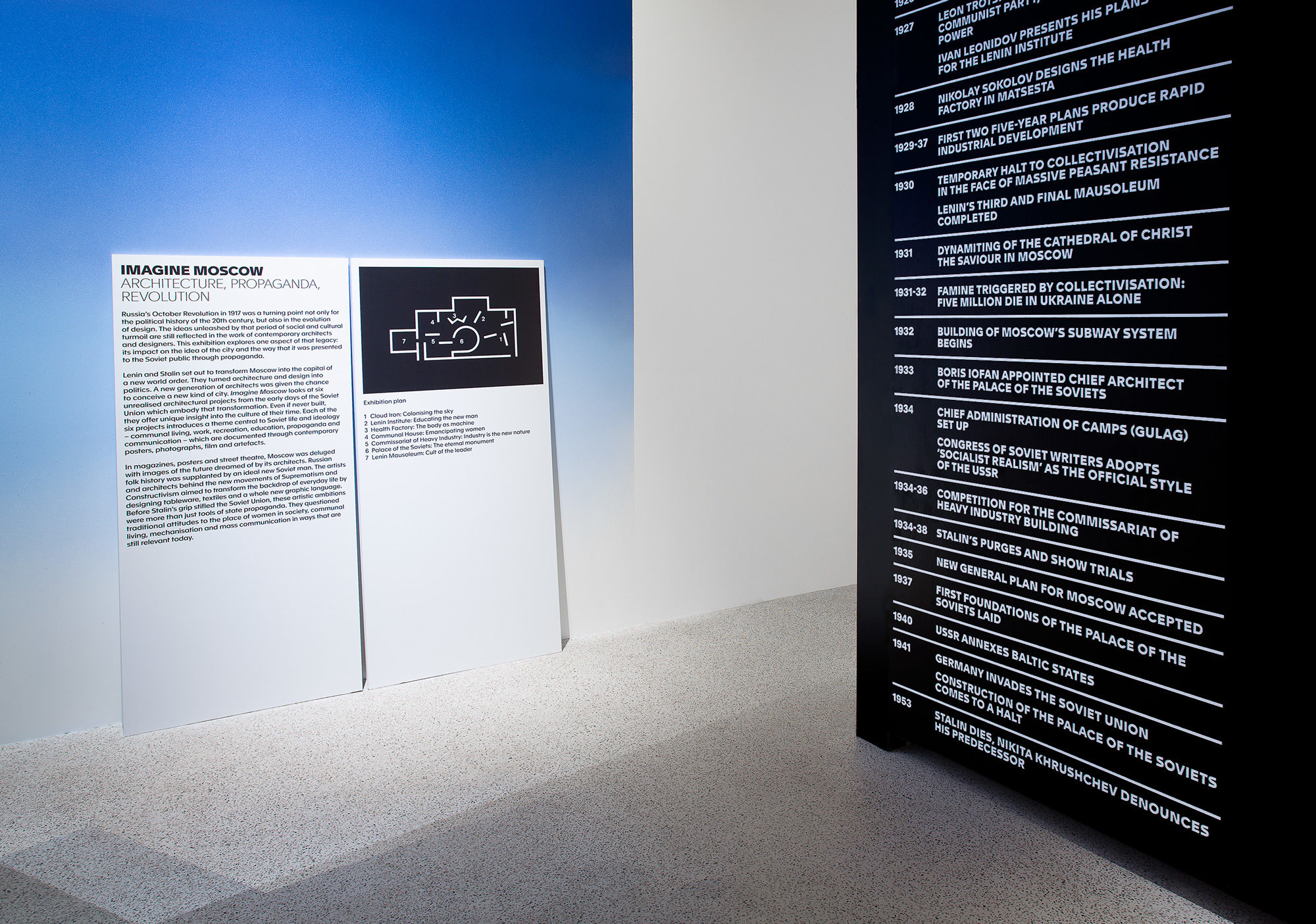 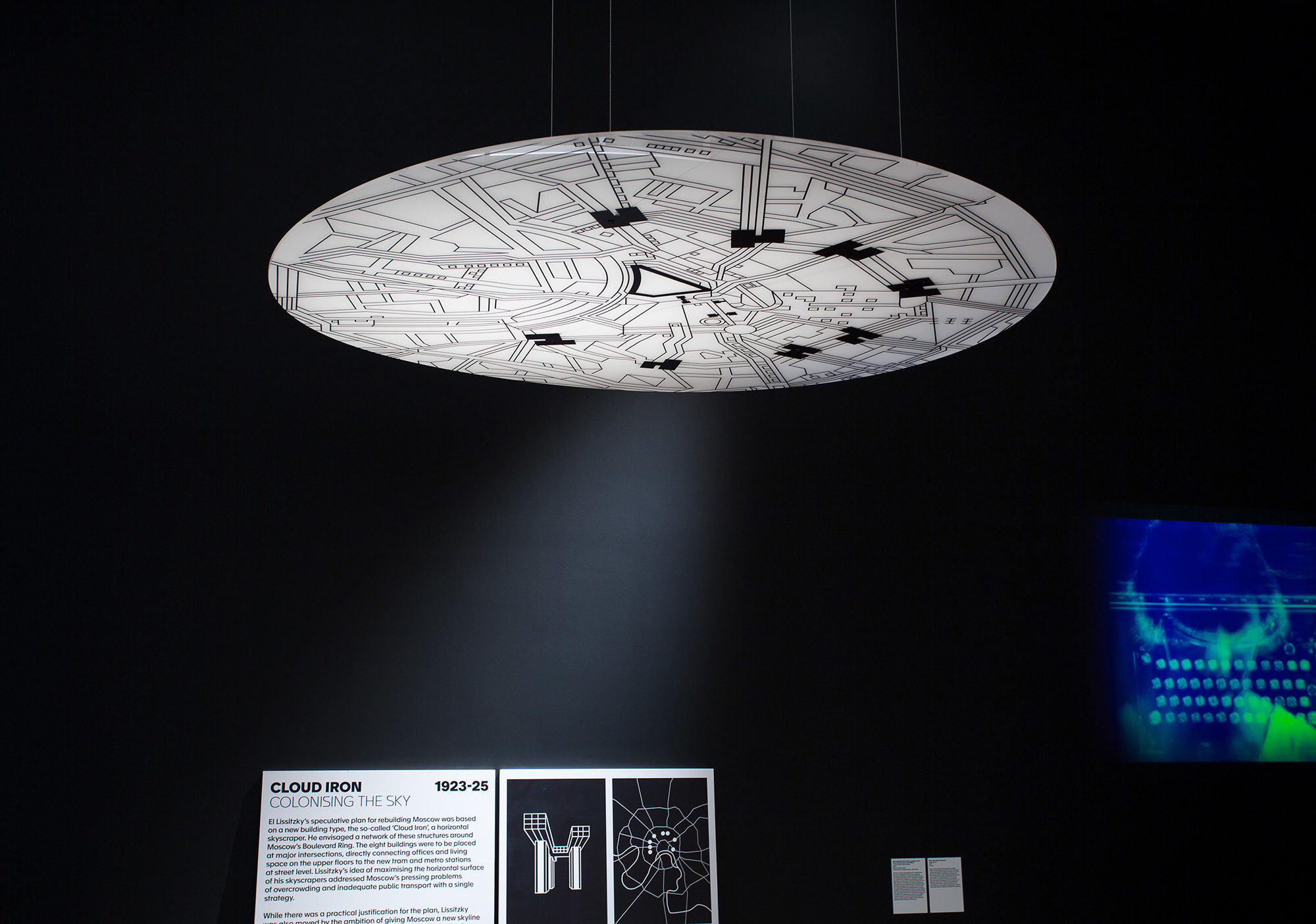 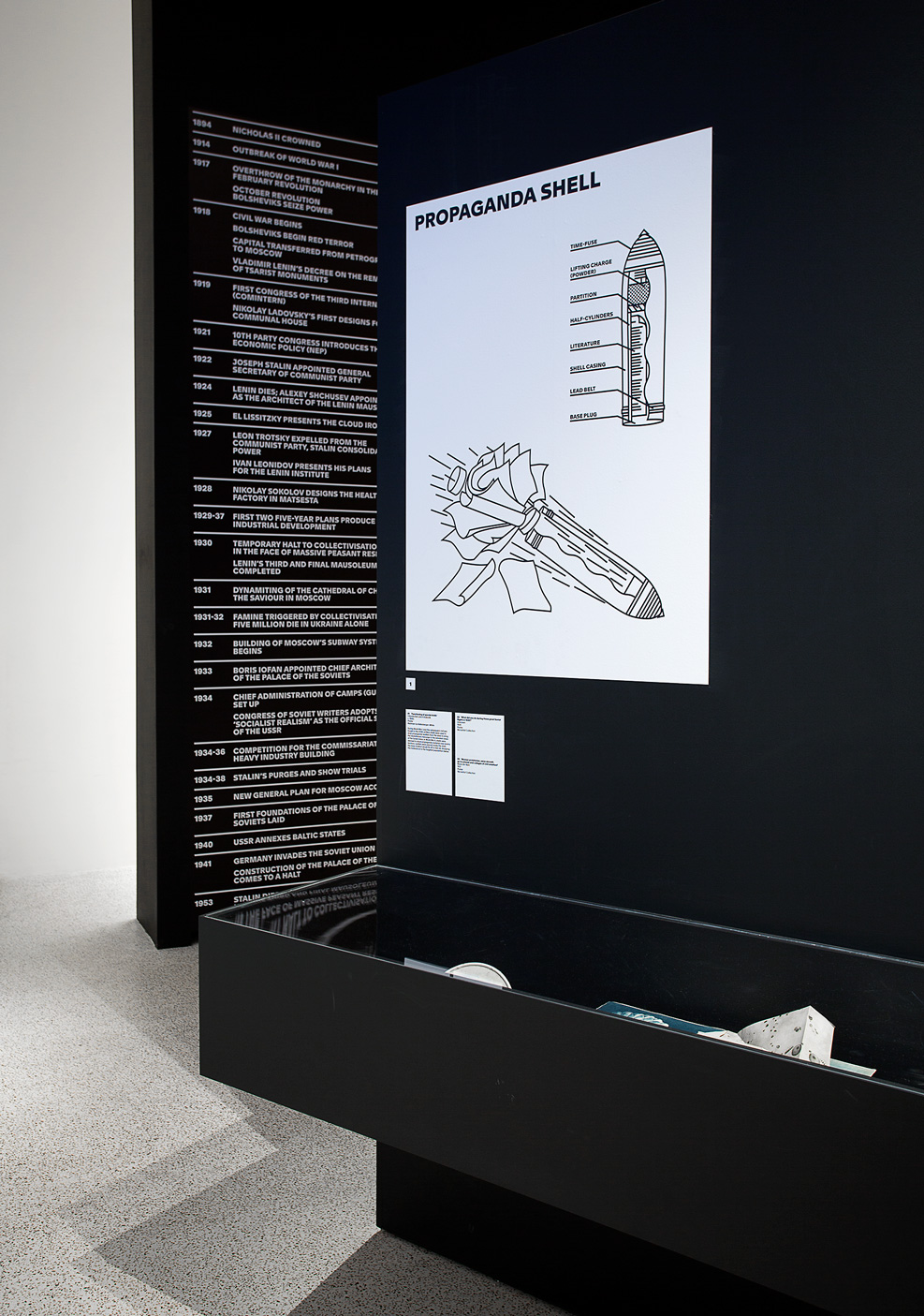 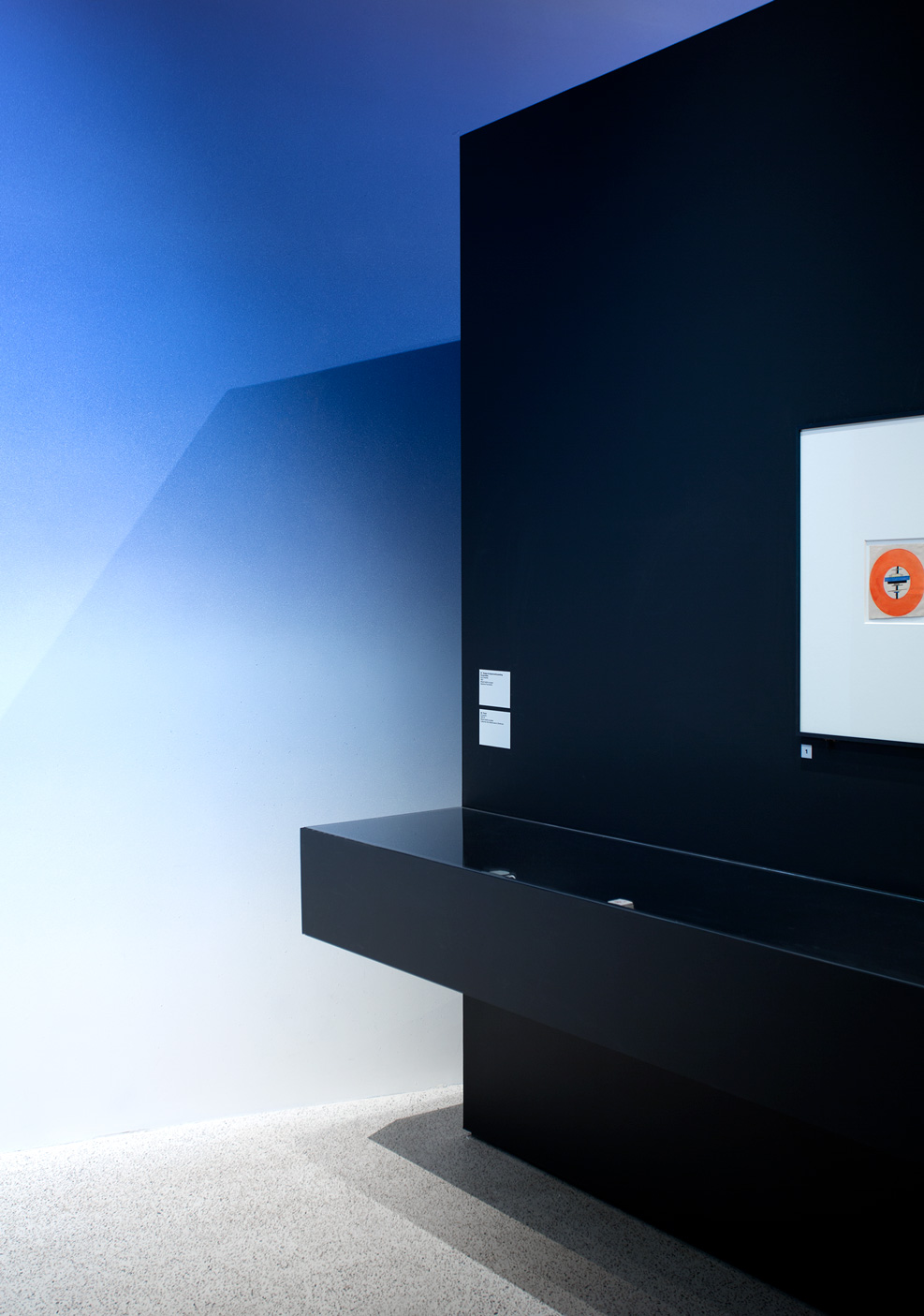 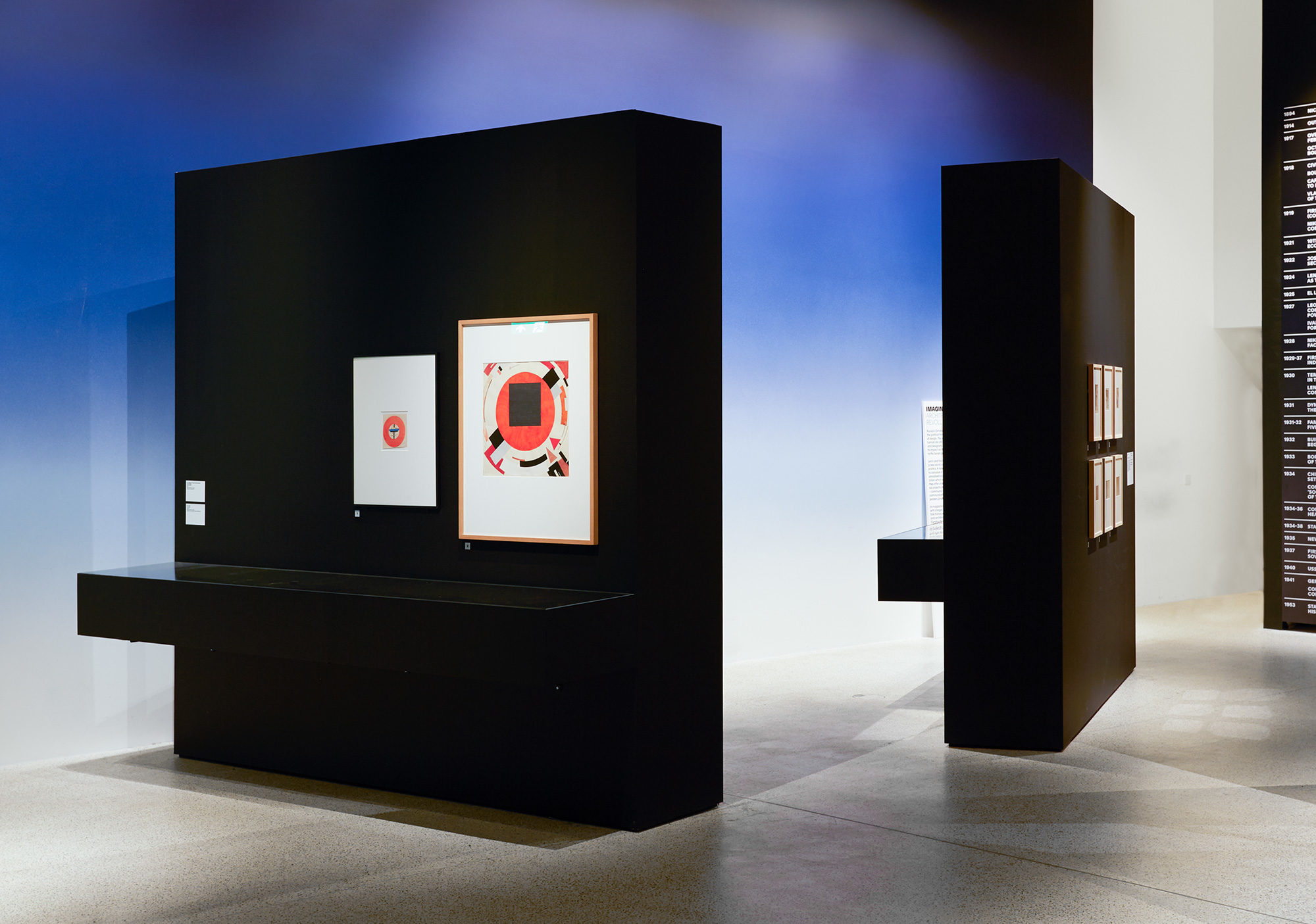 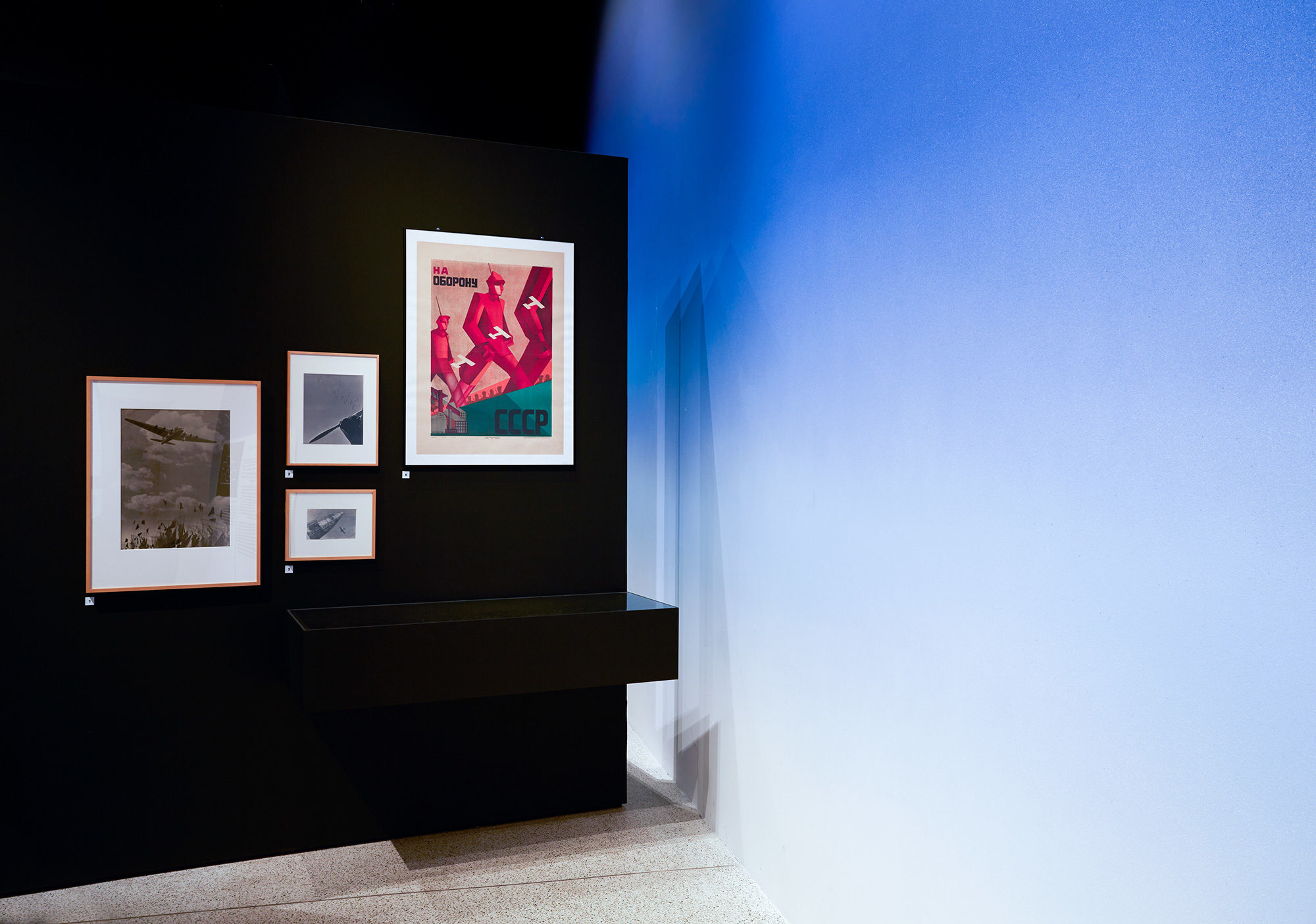 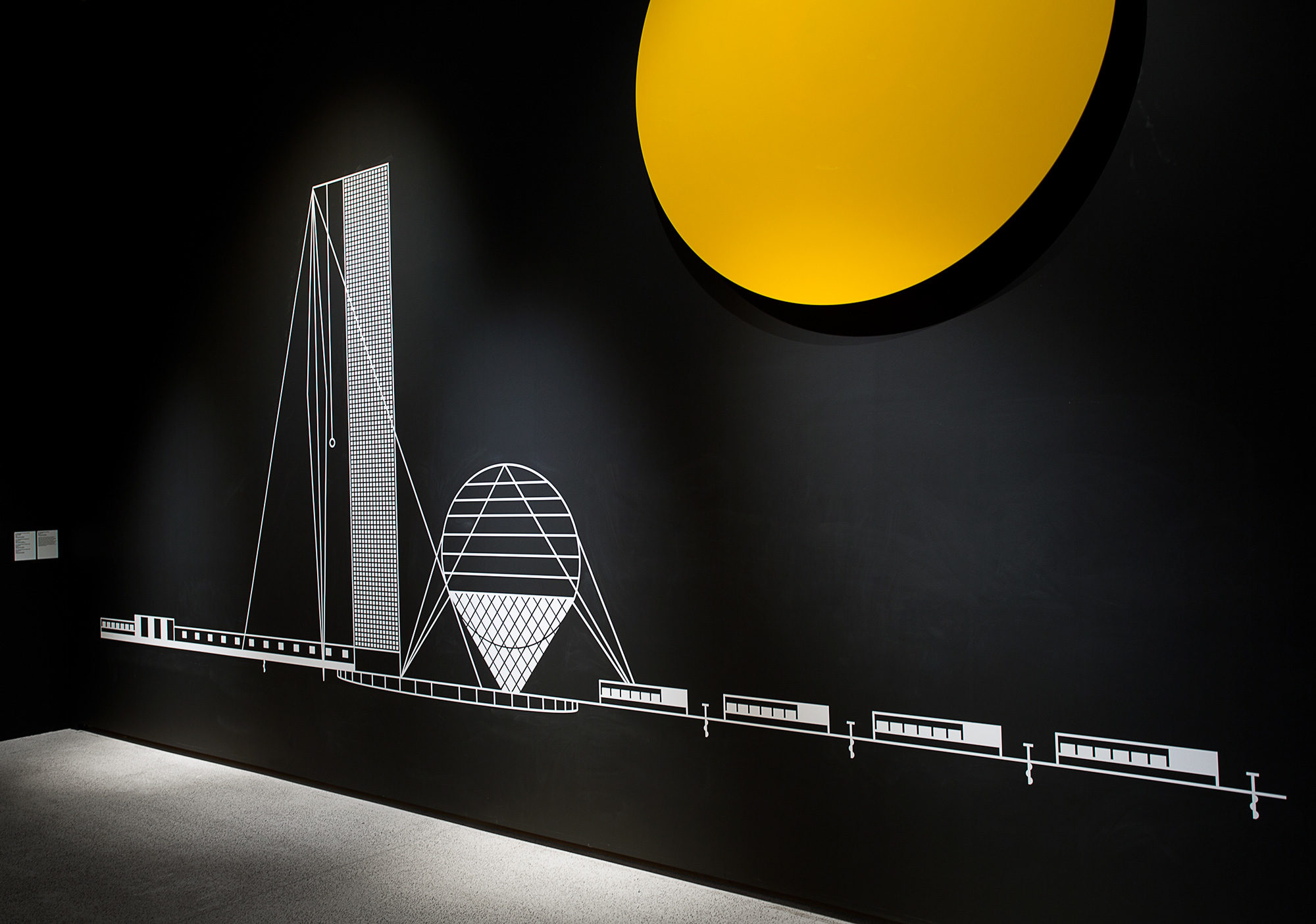 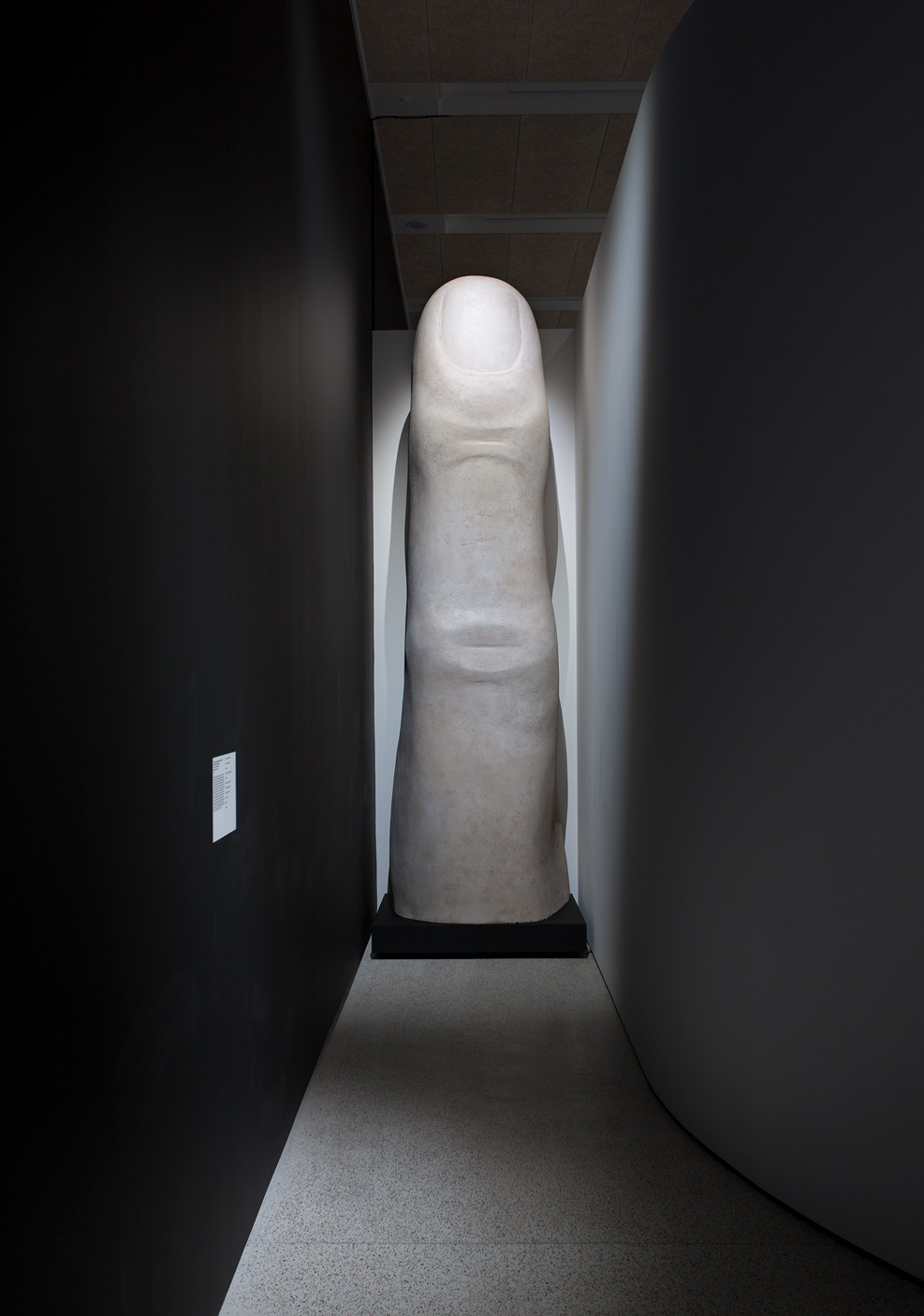 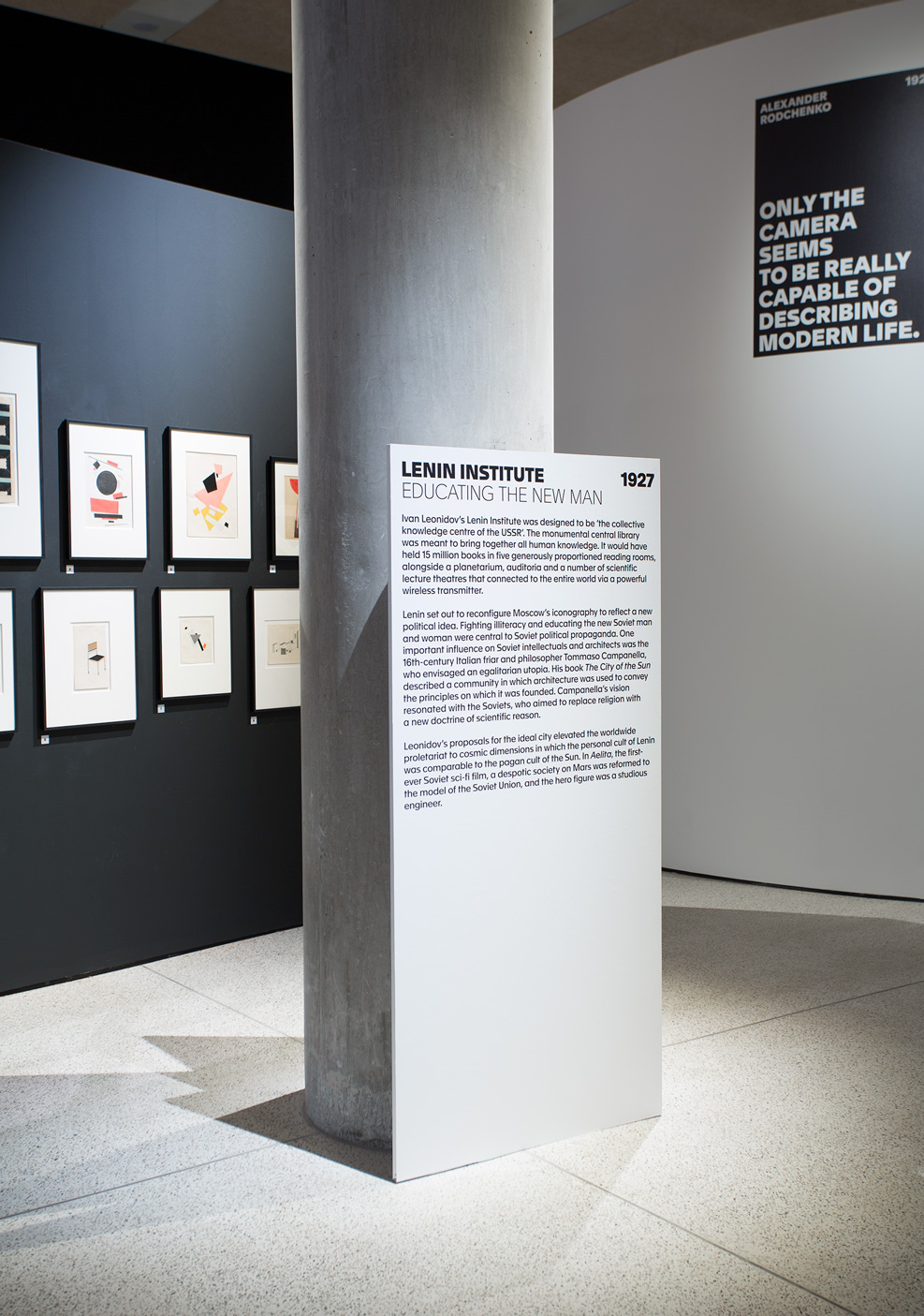 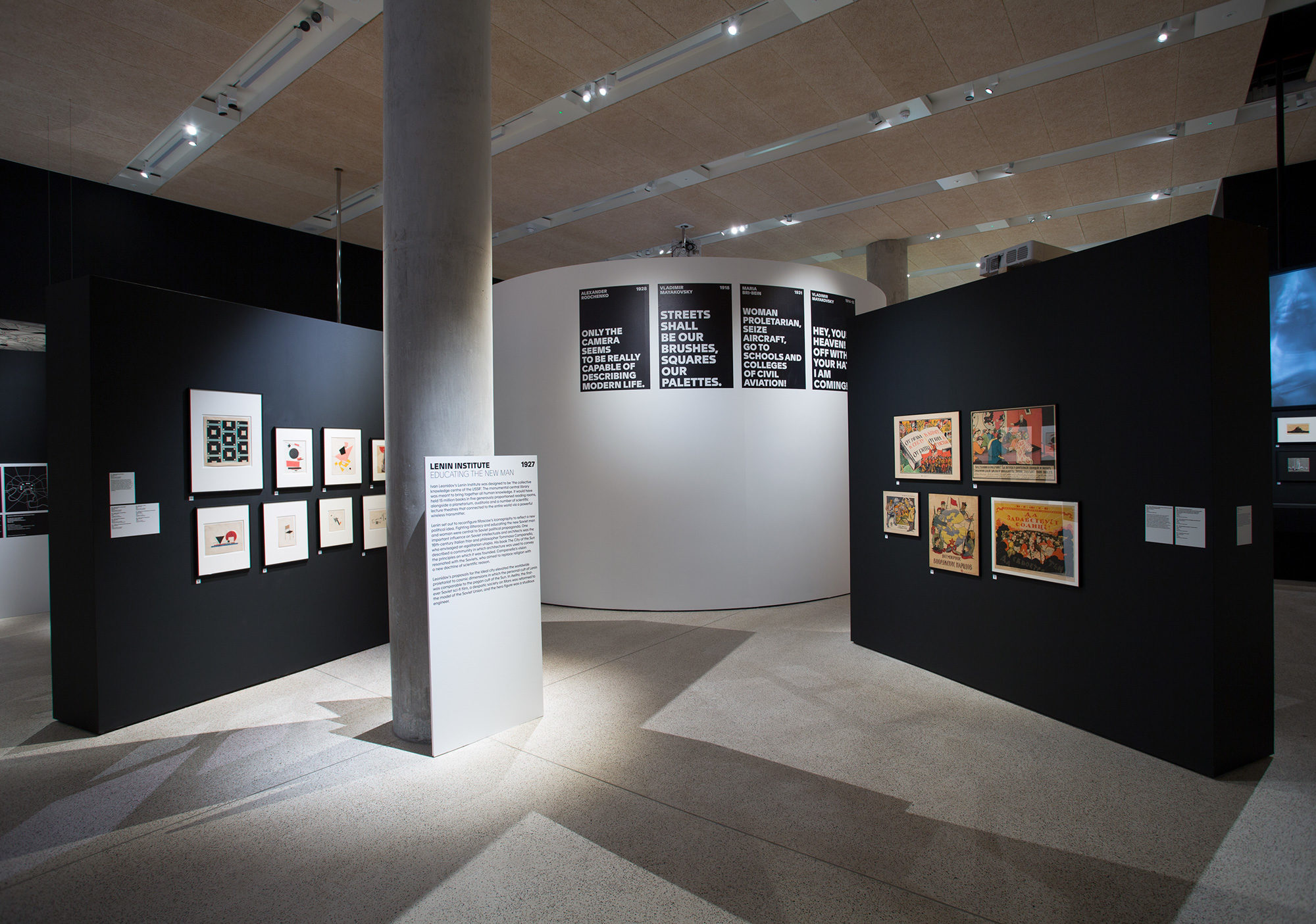 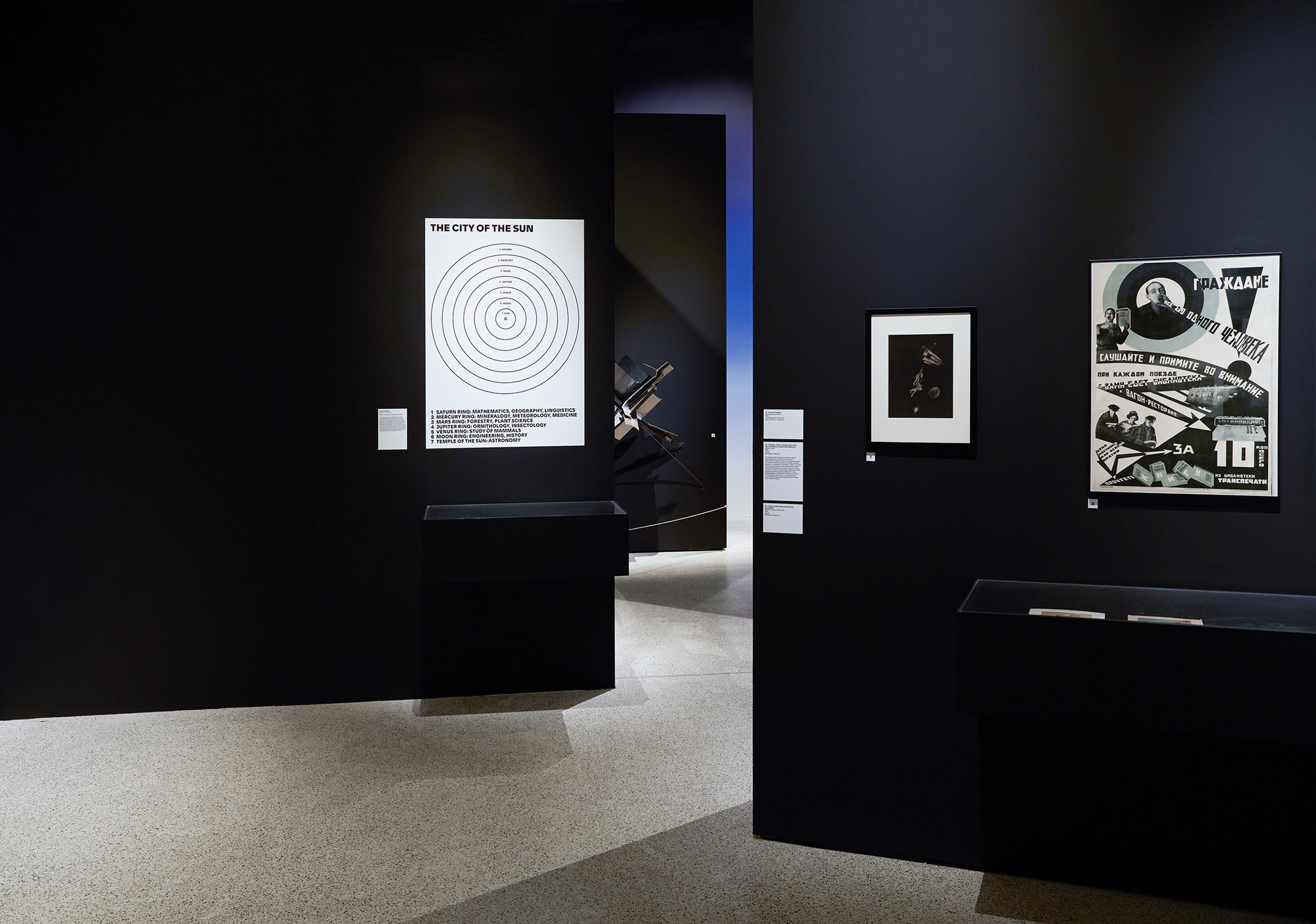 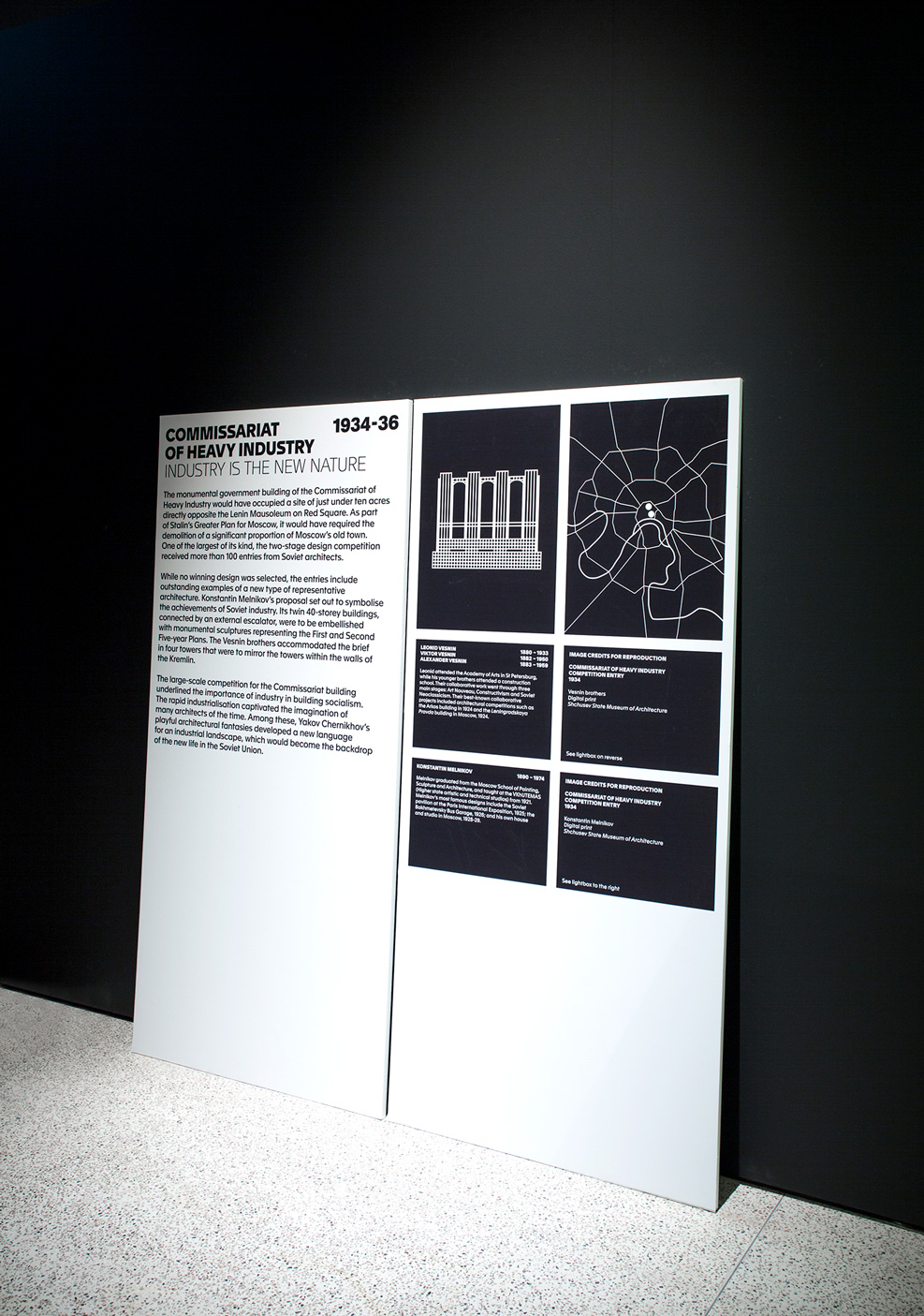 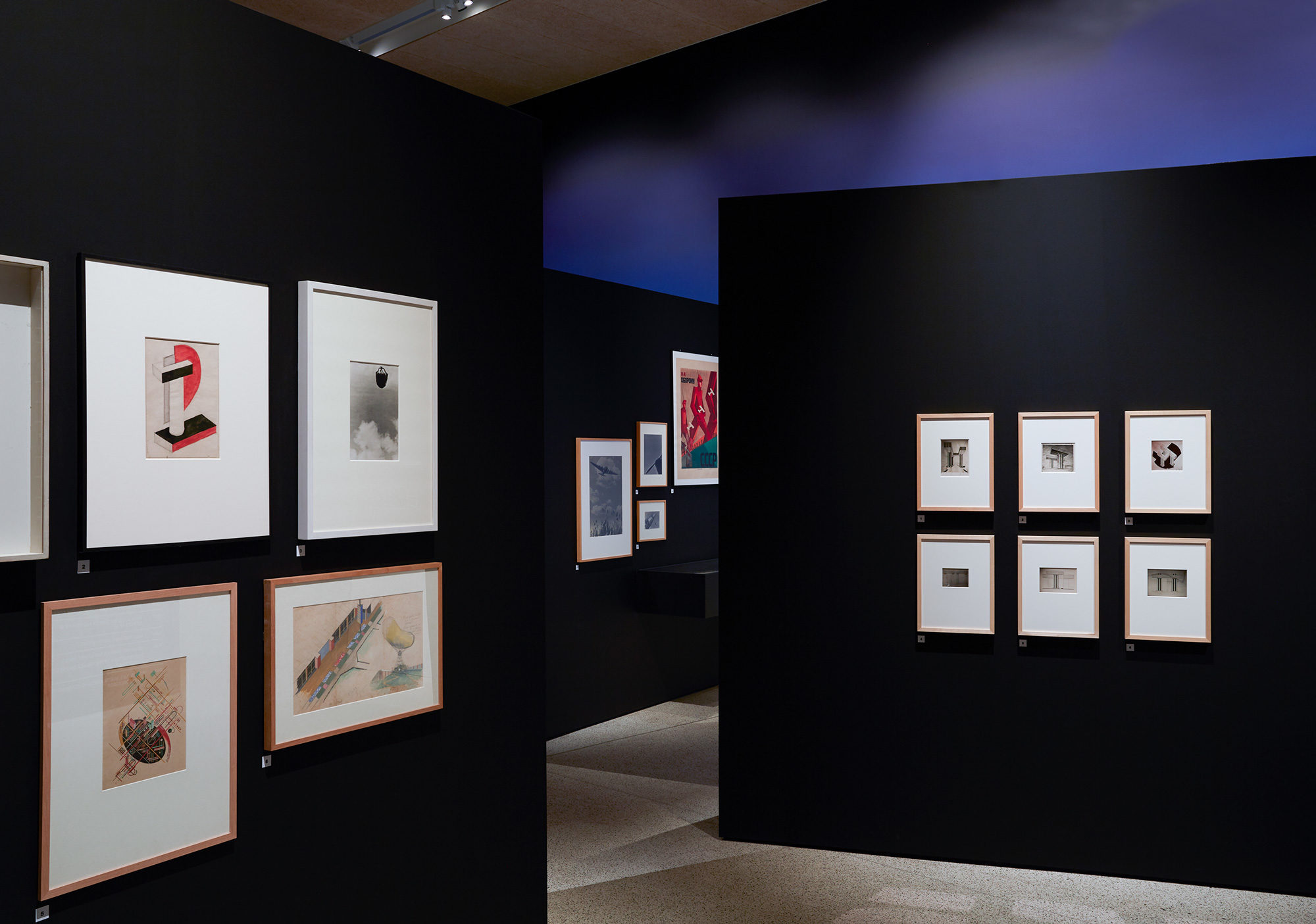 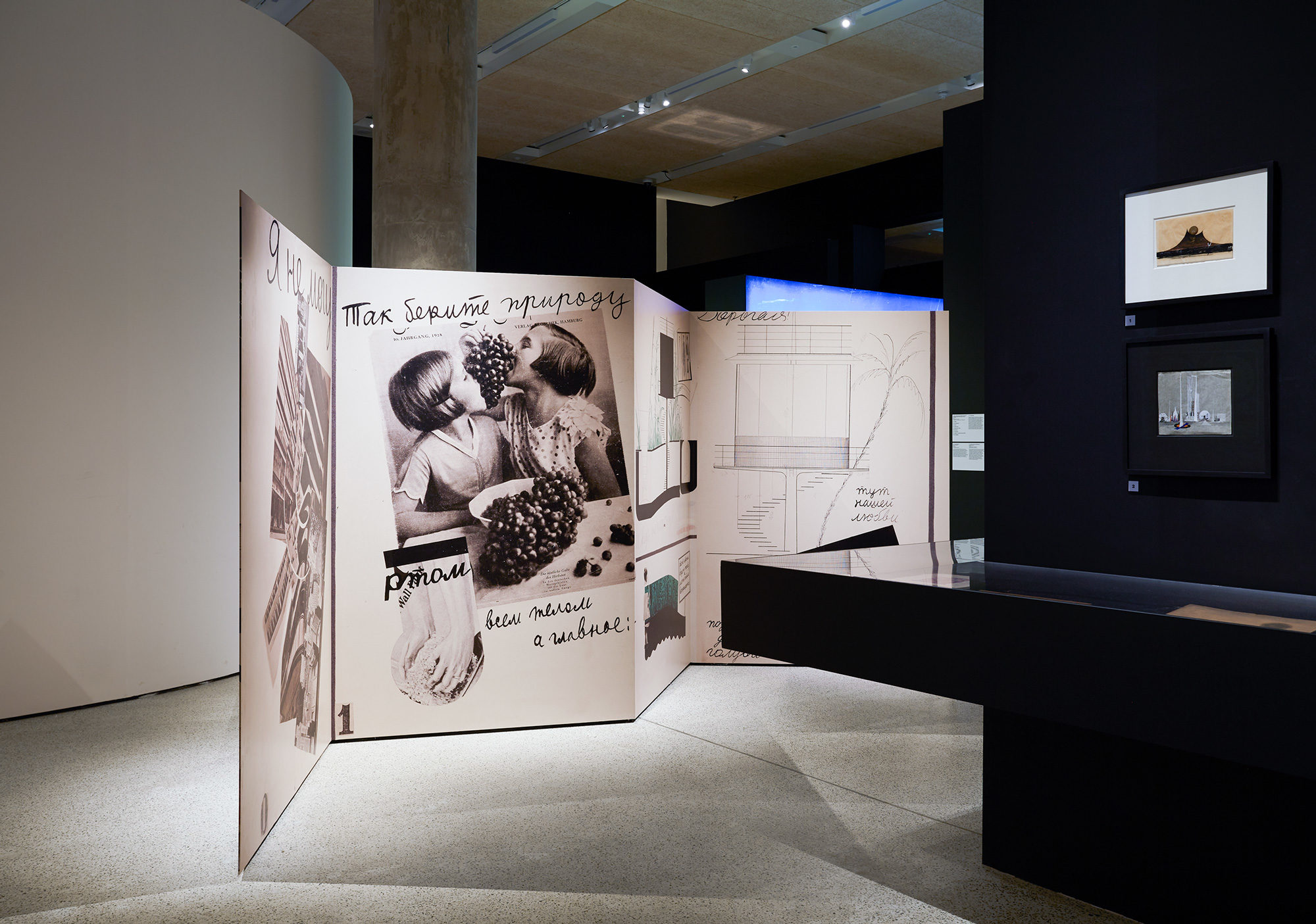 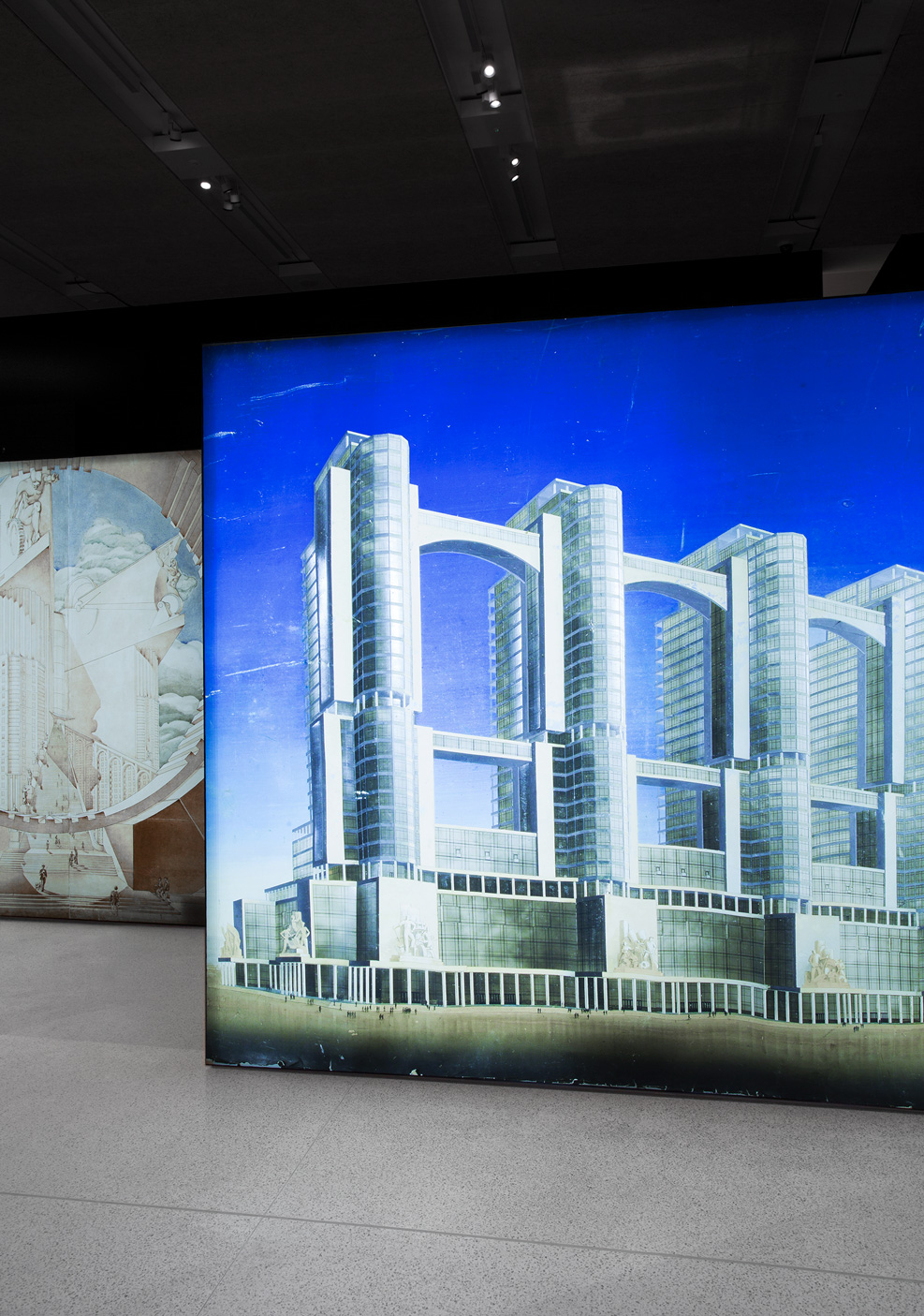 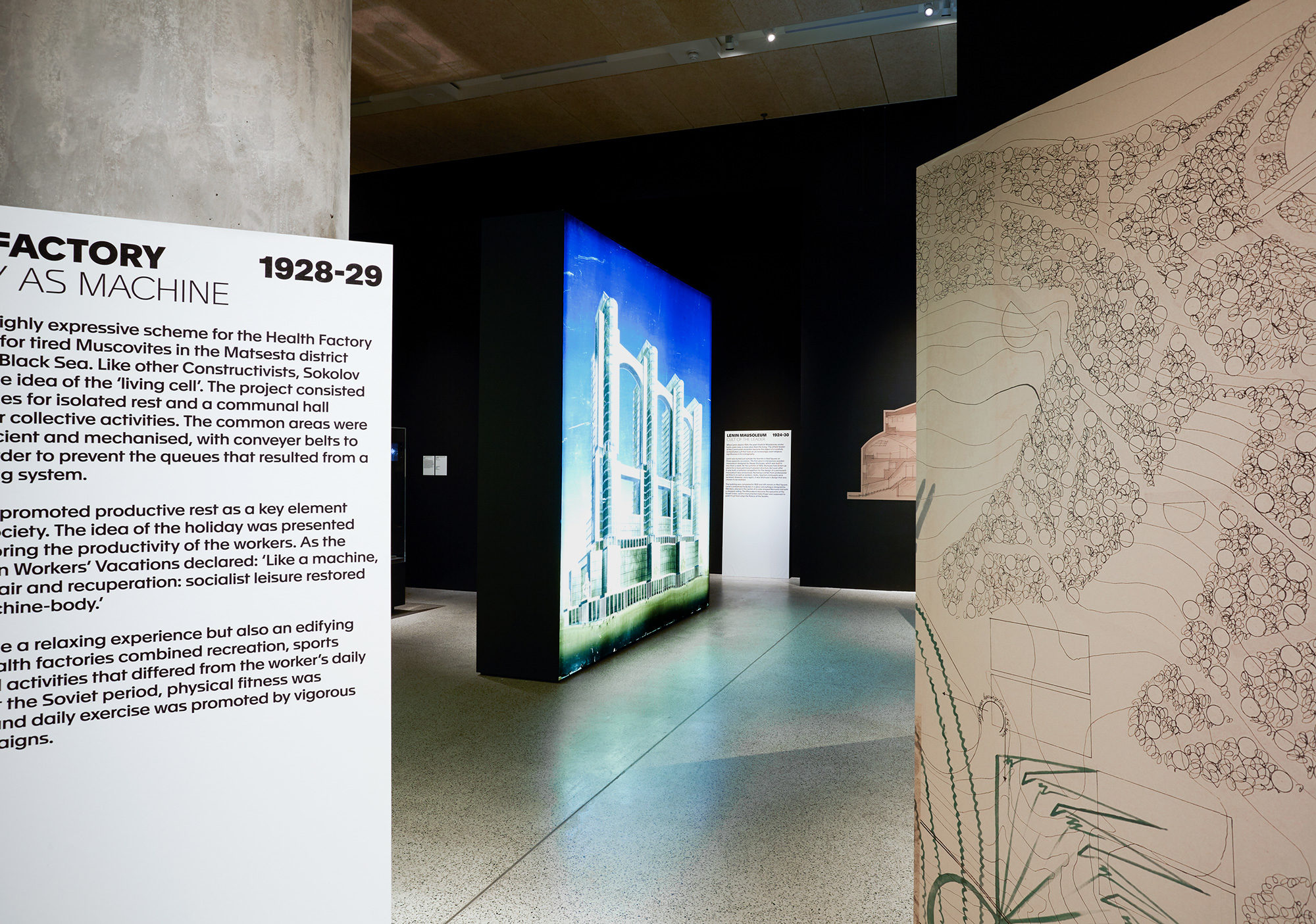 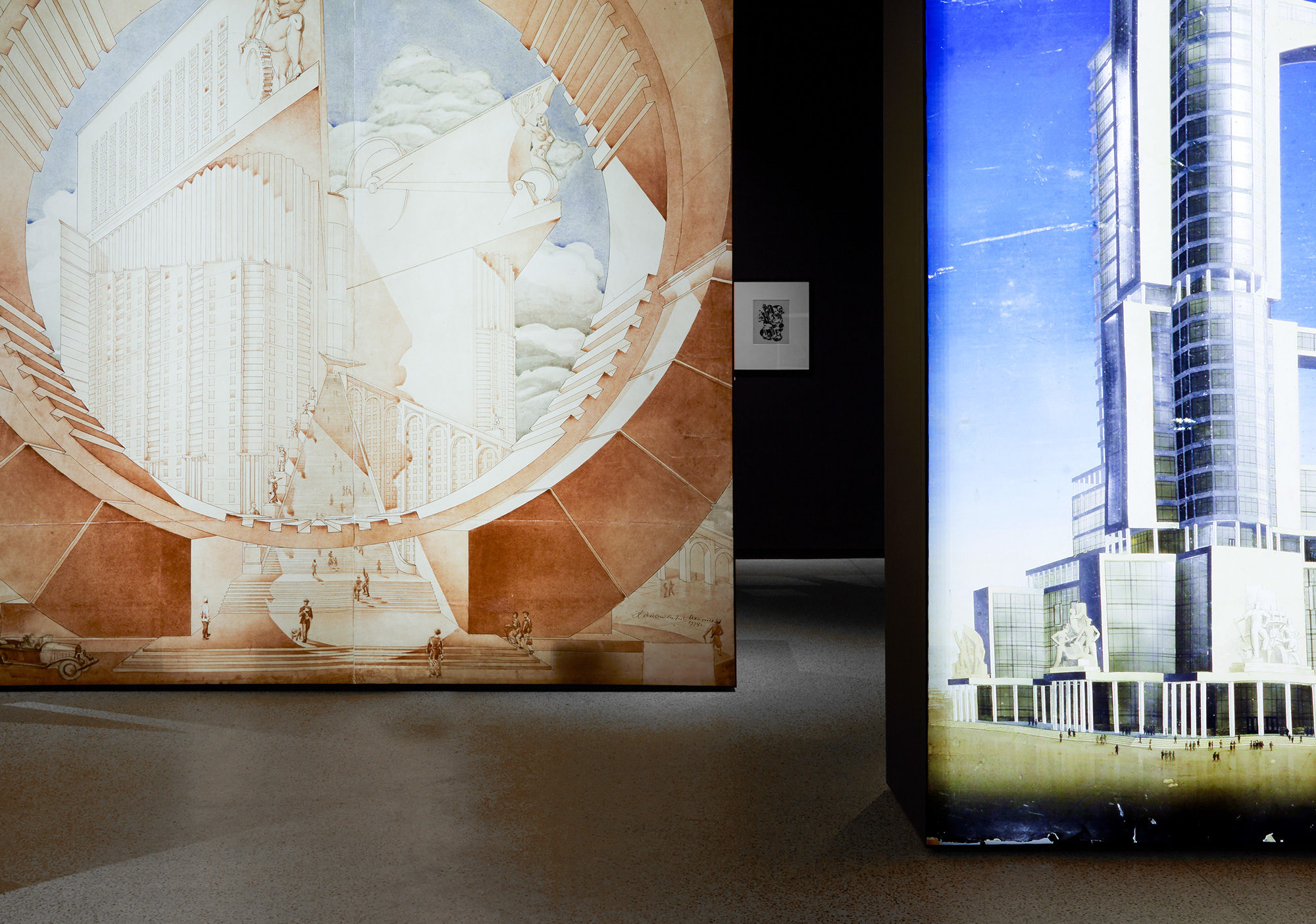 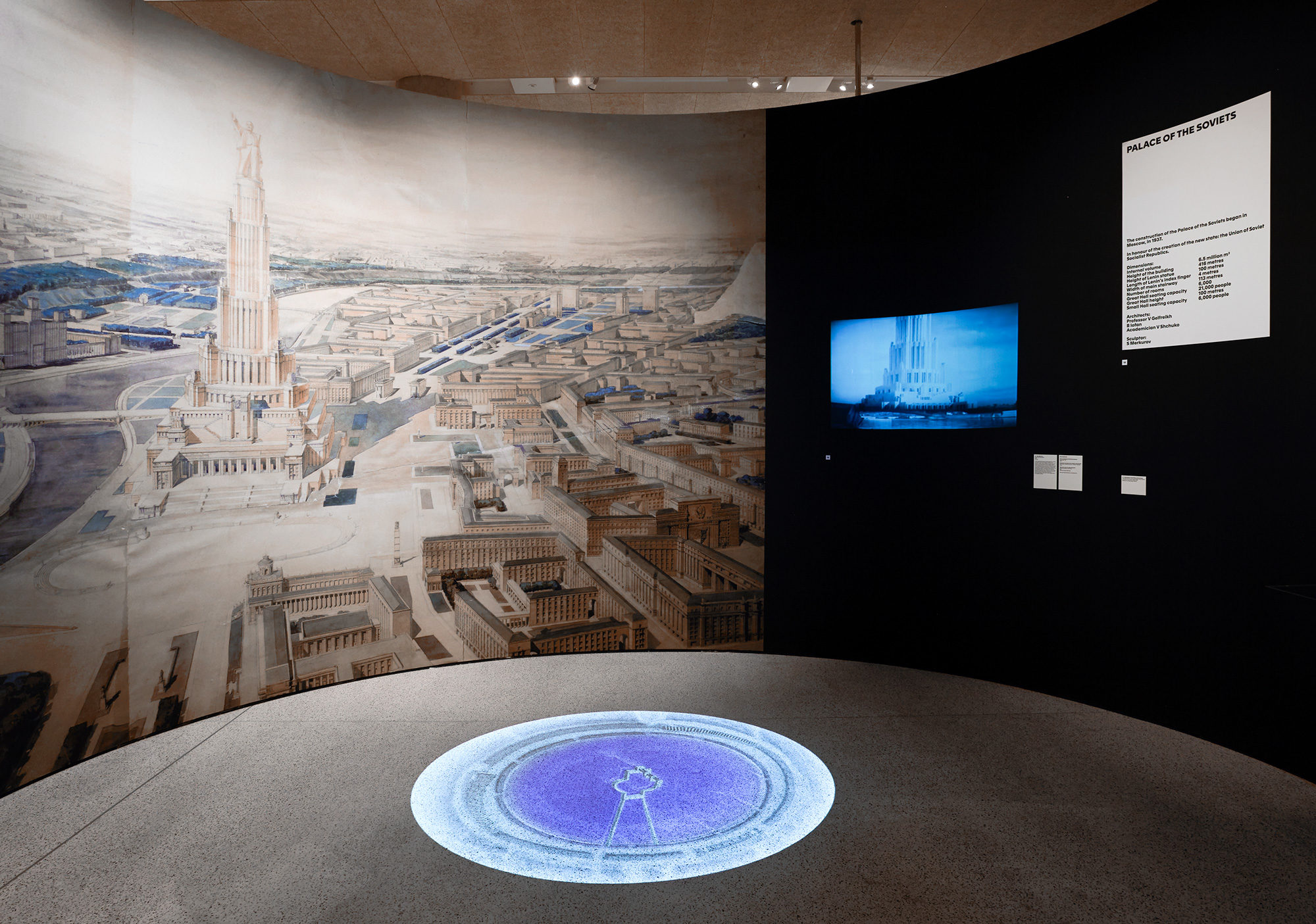 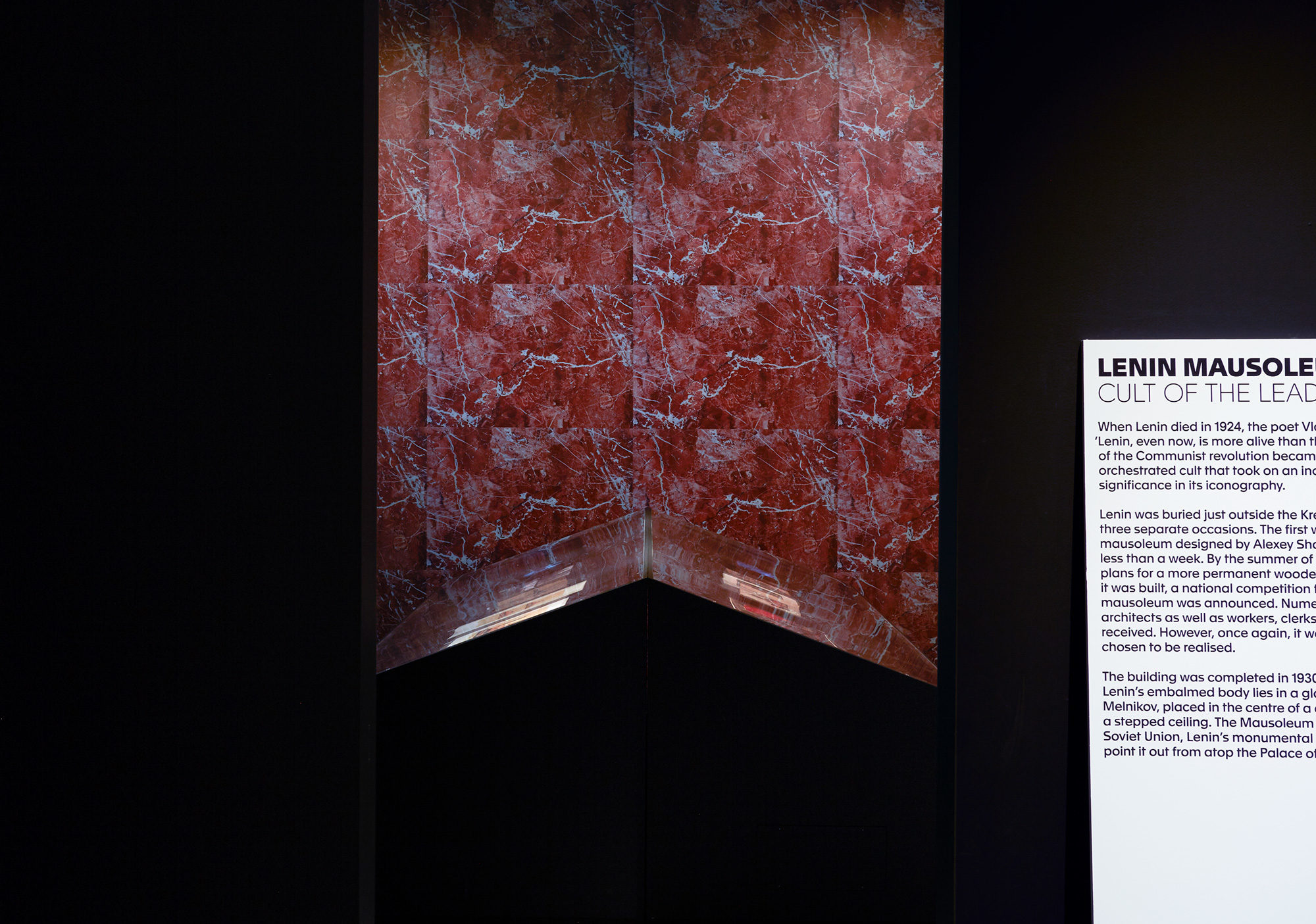 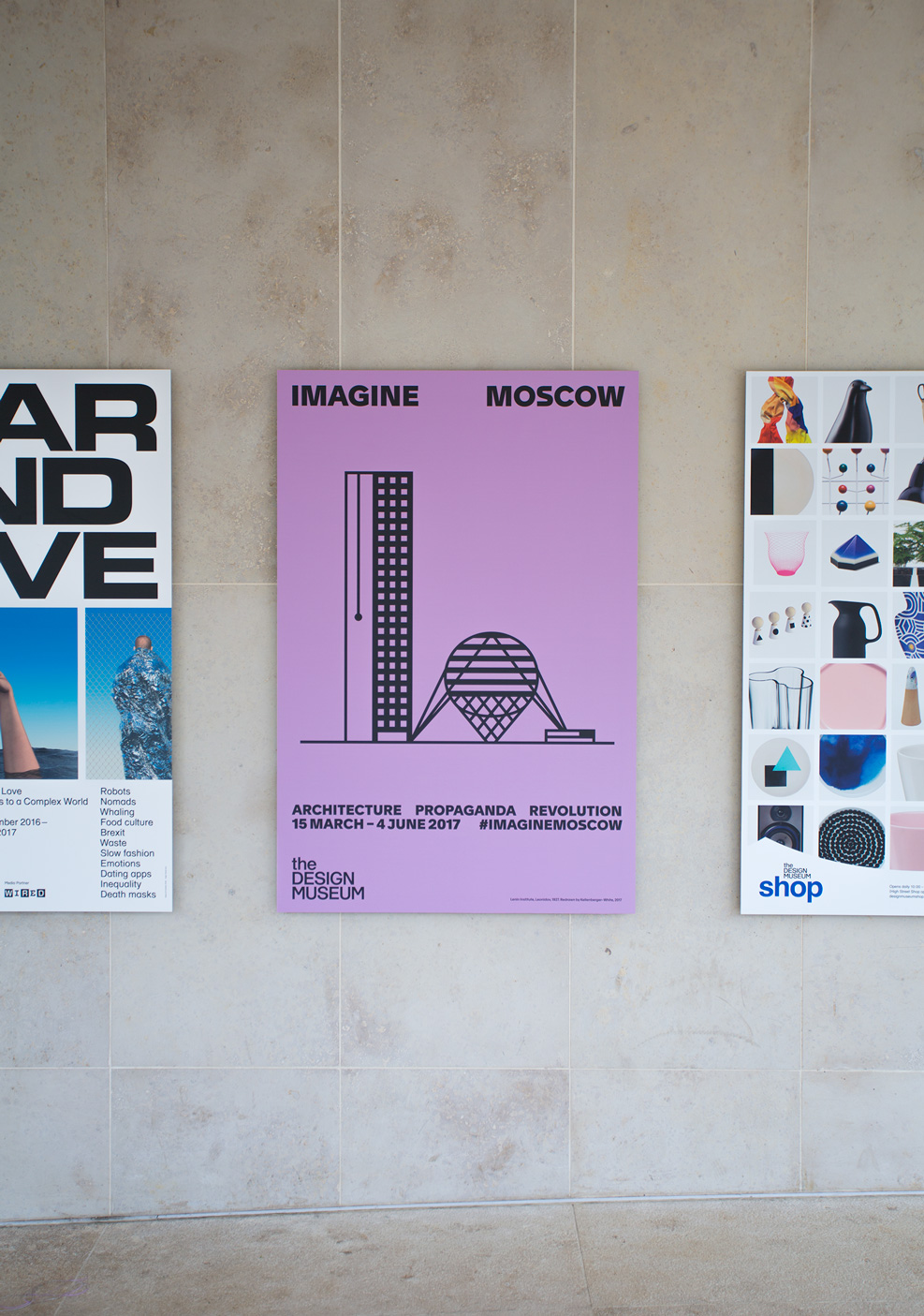 Marking the centenary of the Russian Revolution, the exhibition ‘Imagine Moscow’ at London’s Design Museum examined how architecture and design were used to envisage and communicate the new Soviet ideals.

Our challenge was to design graphics for an exhibition based largely around unrealised projects: six “phantom” buildings formed the core of the exhibition.

We drew an illustration to visualise each building. The resulting series of icons, combined with the font Apax – a Constructivist-inspired typeface with a contemporary twist – comprised the exhibition’s graphic language. We used the illustrations in many ways, scaling one up to occupy a ten-metre-long wall.

A large black spiralling wall – the spiral was a motif of utopian progress during the Soviet era – formed the exhibition’s chief display structure. For this, we designed an information system as well as posters, which the visitor encountered as they were on a city street. Text panels included exhibition text, the building illustration, a map indicating the building’s imagined location in Moscow and a biography of the building’s architect.

We also created feature walls as theatrical backdrops for the chiefly black exhibition environment. For example, a Prussian Blue gradient was chosen as a reference to the backgrounds of the detailed coloured architectural drawings produced by the Vesnin brothers, which were included in the exhibition. We also worked with a marble merchant in London to create a trompe l’oeil wall of red marble, evoking the monumentality of Lenin’s mausoleum, the only realised building in the exhibition.