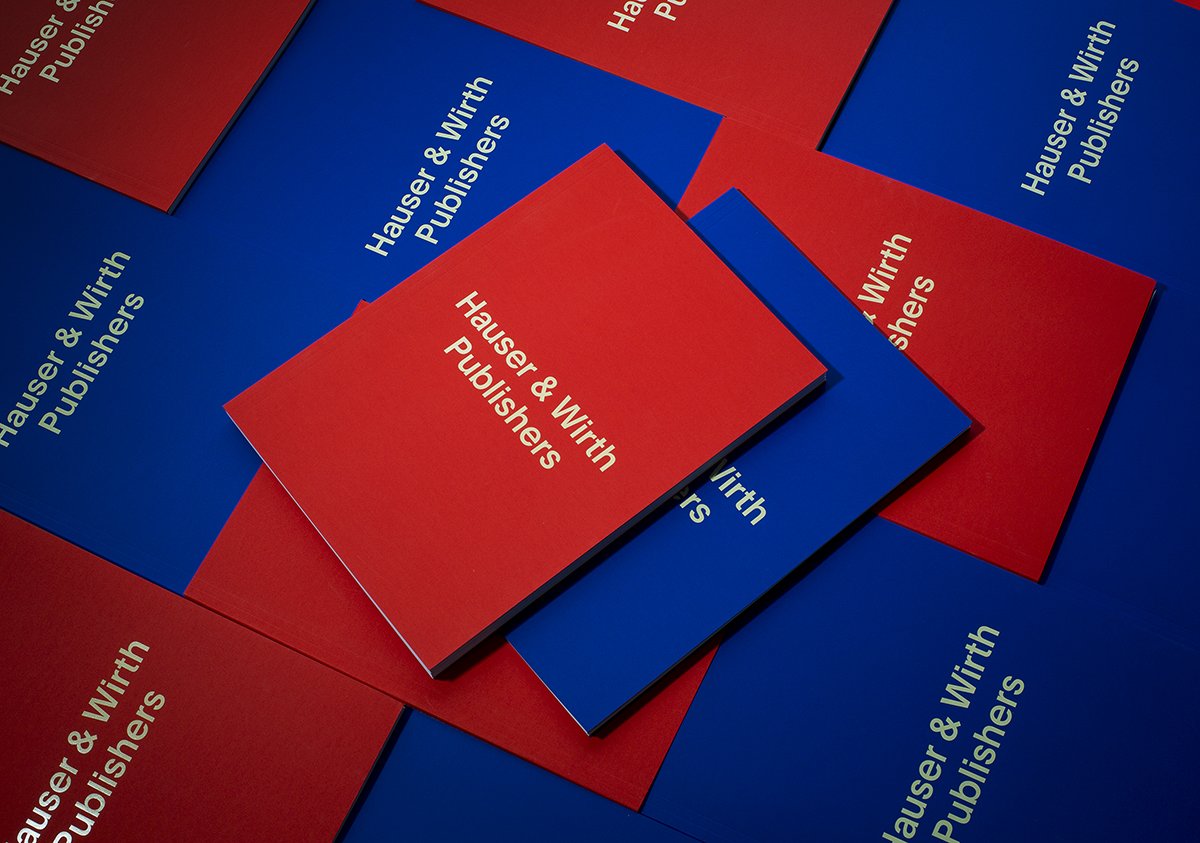 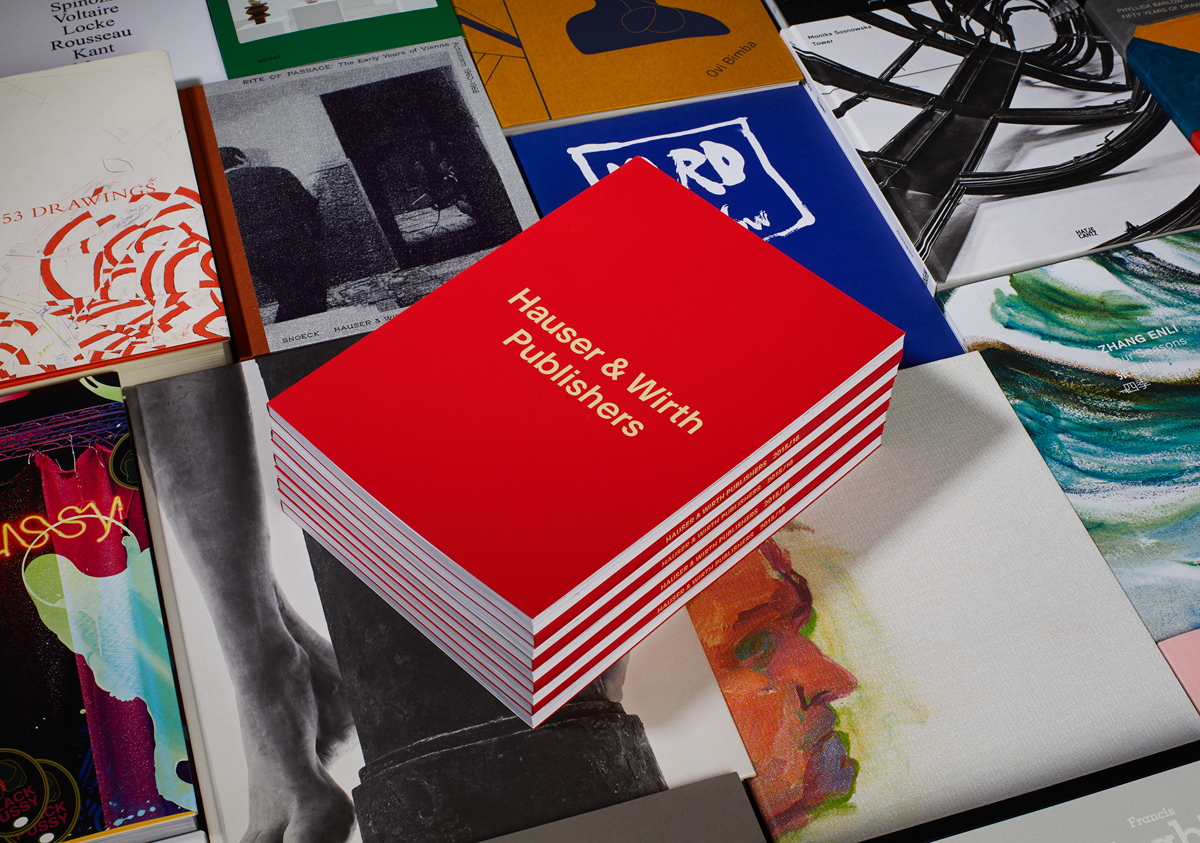 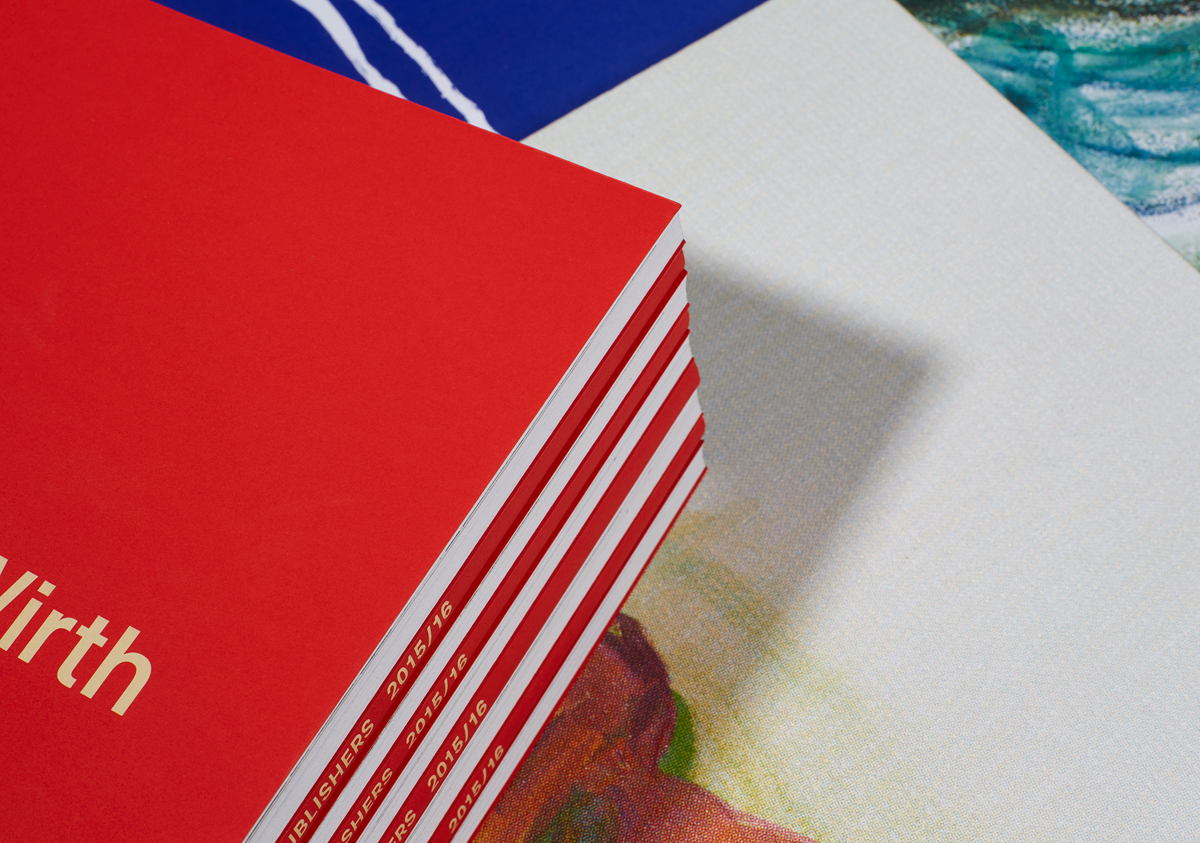 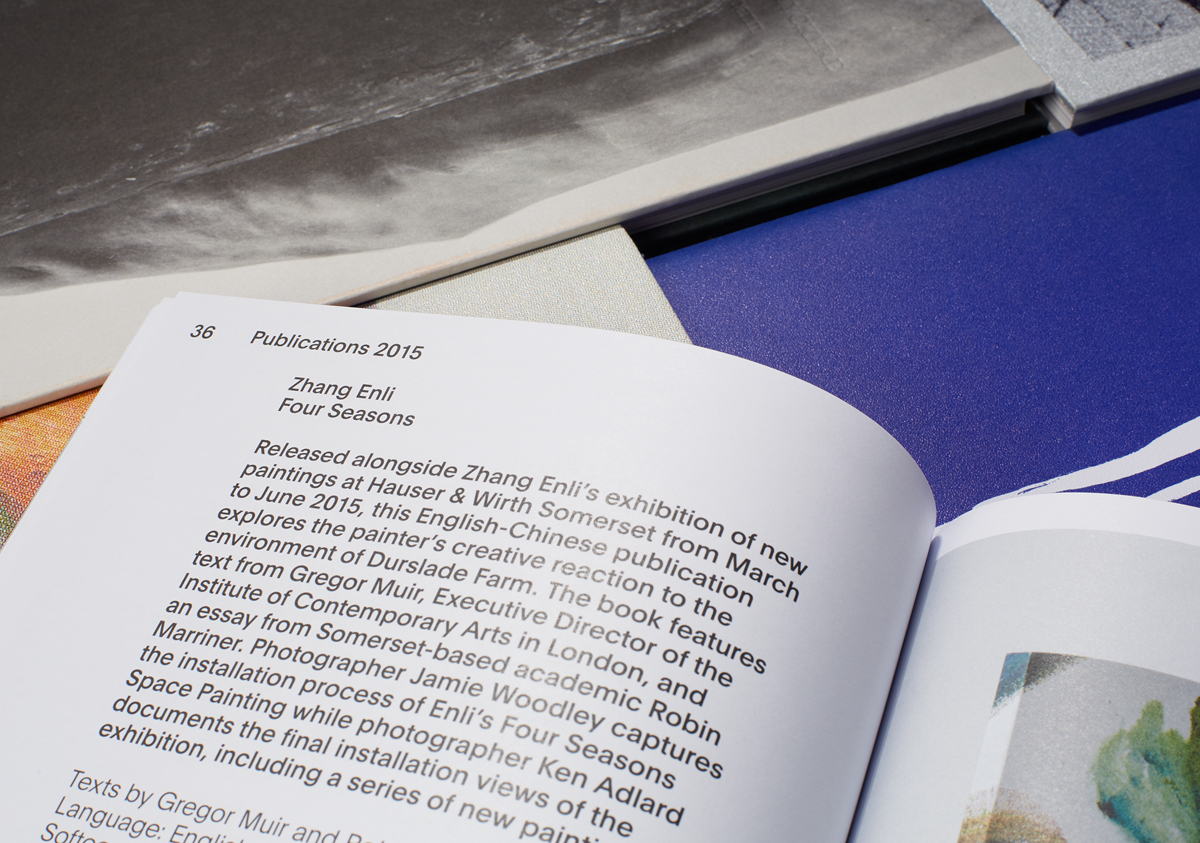 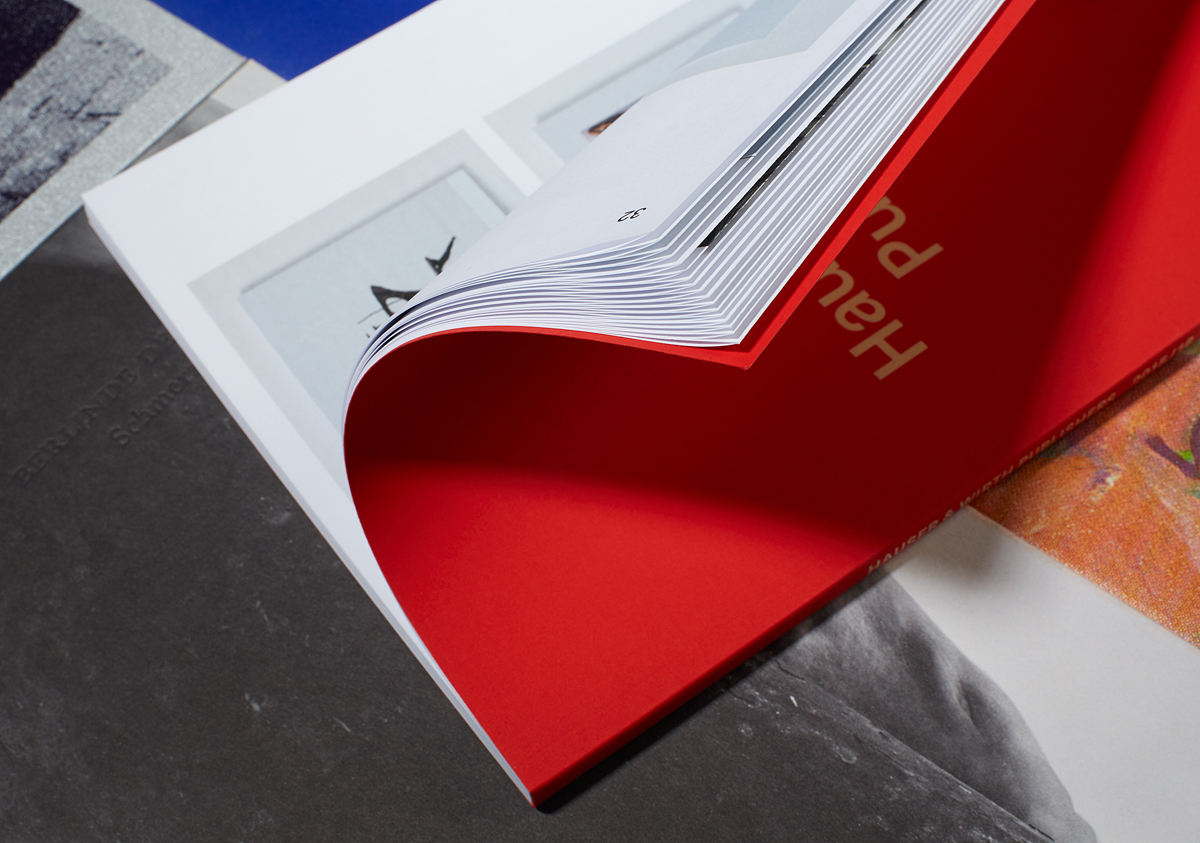 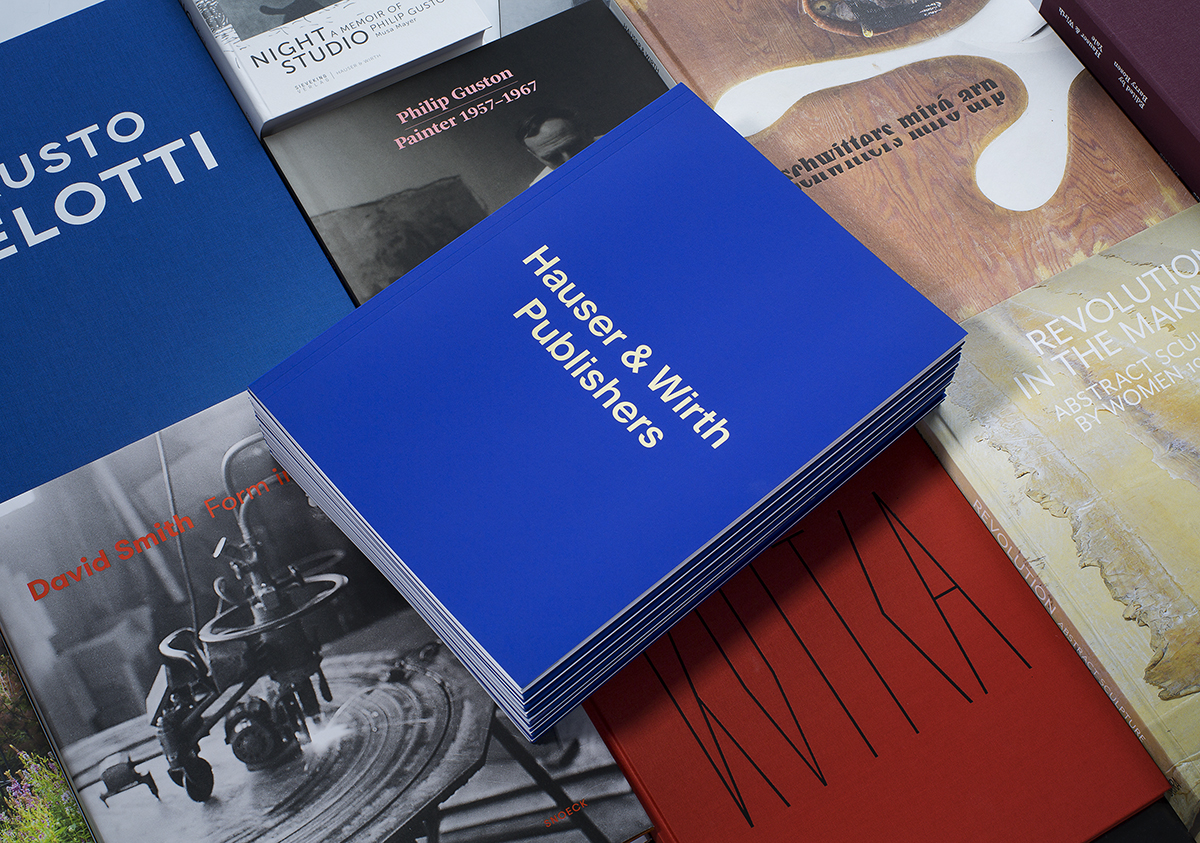 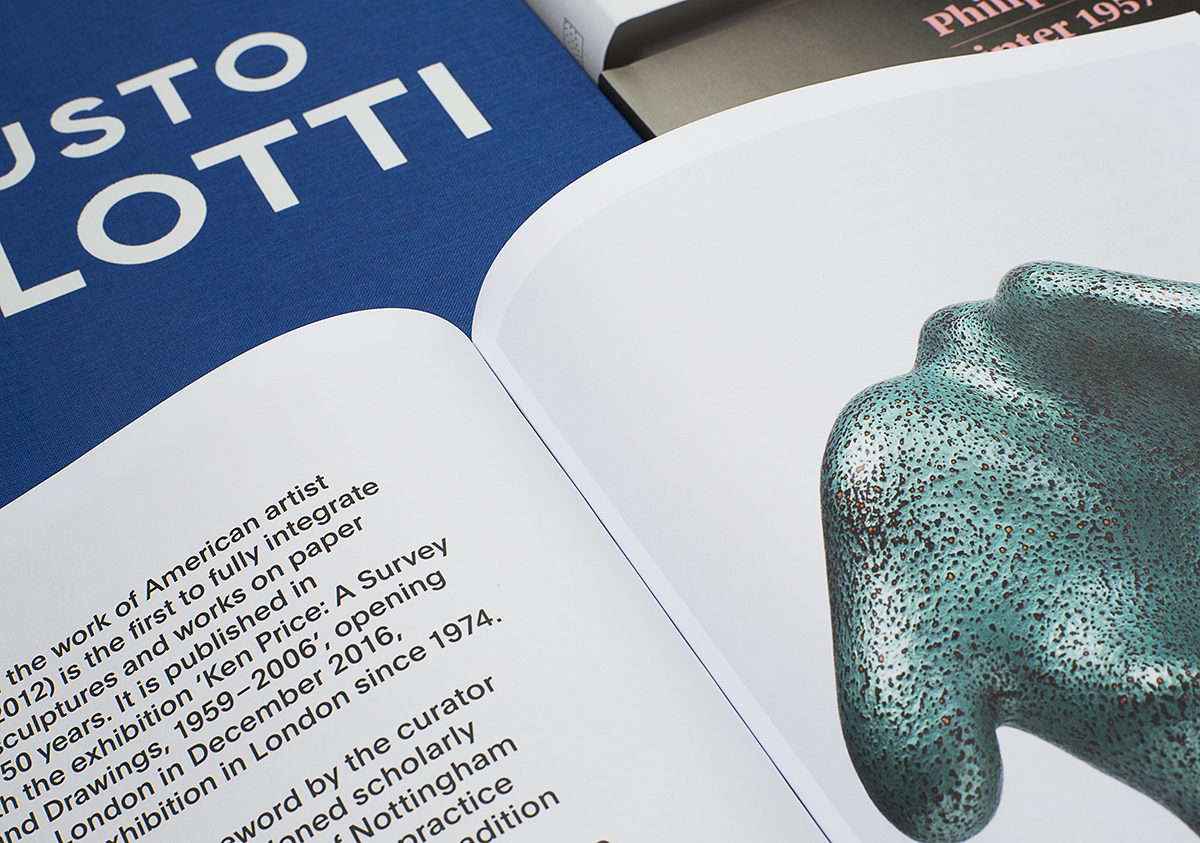 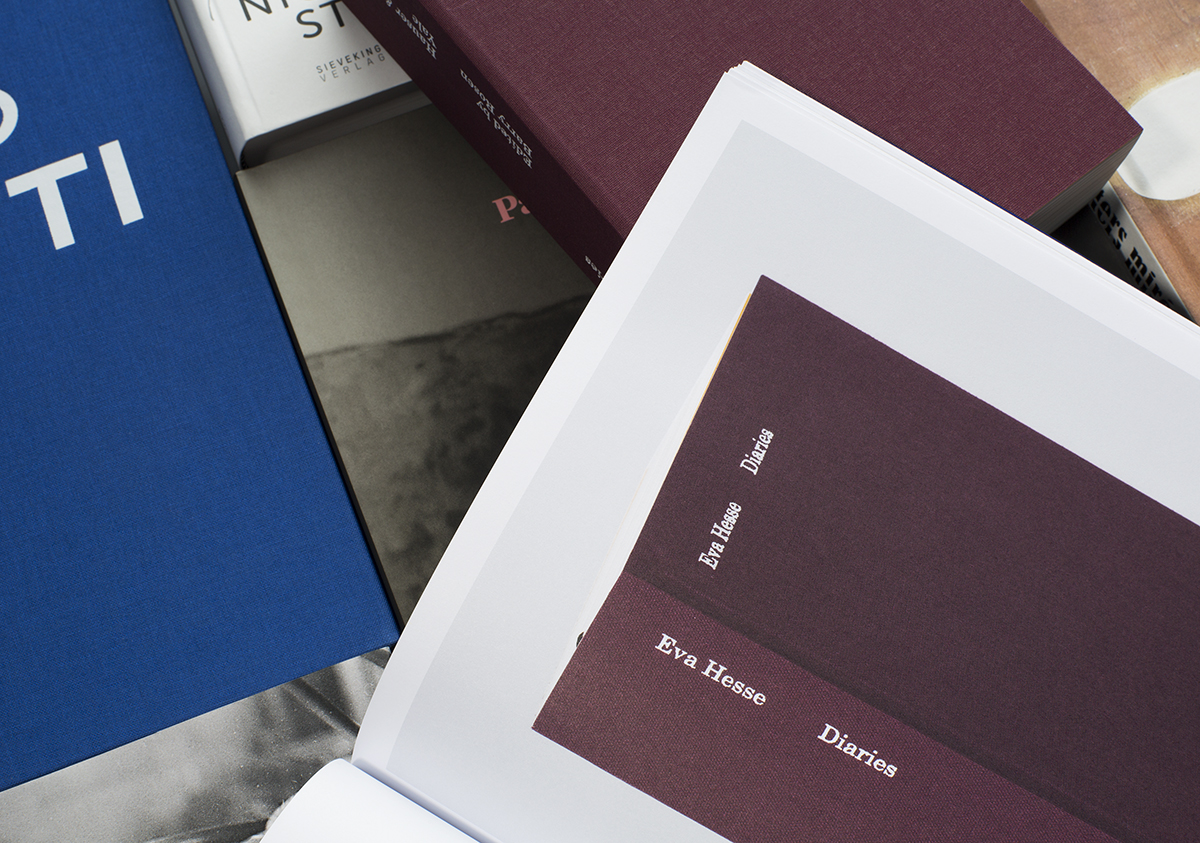 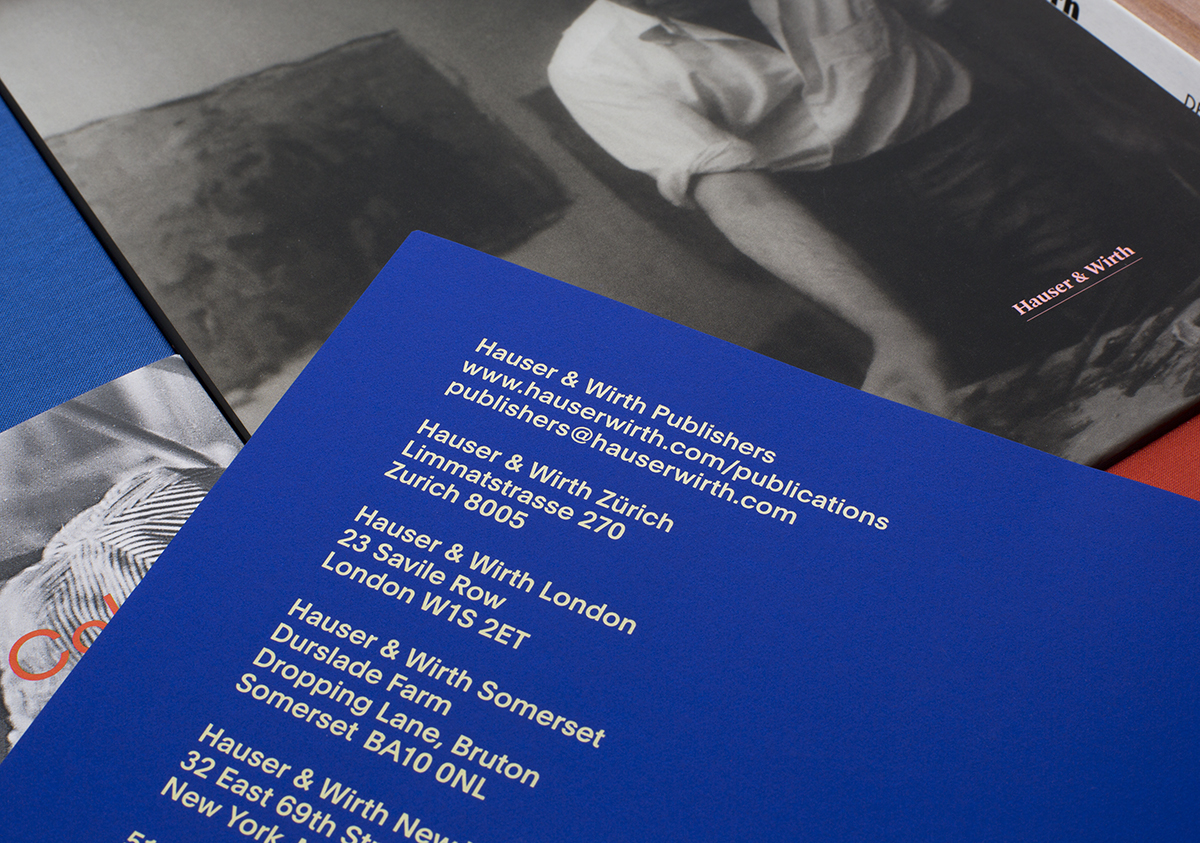 In January 2016, Hauser & Wirth participated for the first time in the LA Art Book Fair, which also coincided with the opening of their new gallery space in downtown Los Angeles.

Kellenberger–White were commissioned to design a catalogue that presented the new Spring listings, along with Hauser & Wirth’s extensive backlist of over 100 publications, issued since 1992, on contemporary art and modern masters.

Conceiving the catalogue as a book about books, our design was deceptively plain, simple and bold. Given a bright red cover to make it stand out, the catalogue ‘floated’ on top of the other books at the LAABF stand. Within, we took great care over the details: each page was French-folded – a technique developed several hundred years ago that gives an emphasis to paper and tactility – then crisply bound using the Otabind process. This process, invented in Finland by Mr Ota and offered by just a handful of binders in Europe, allows the catalogue to lie open.

Building on the success of our catalogue for LAABF 2016, Kellenberger–White were commissioned to design a second booklet for book fairs in both New York and Los Angeles, this time listing around a dozen publications that Hauser & Wirth published across 2016.