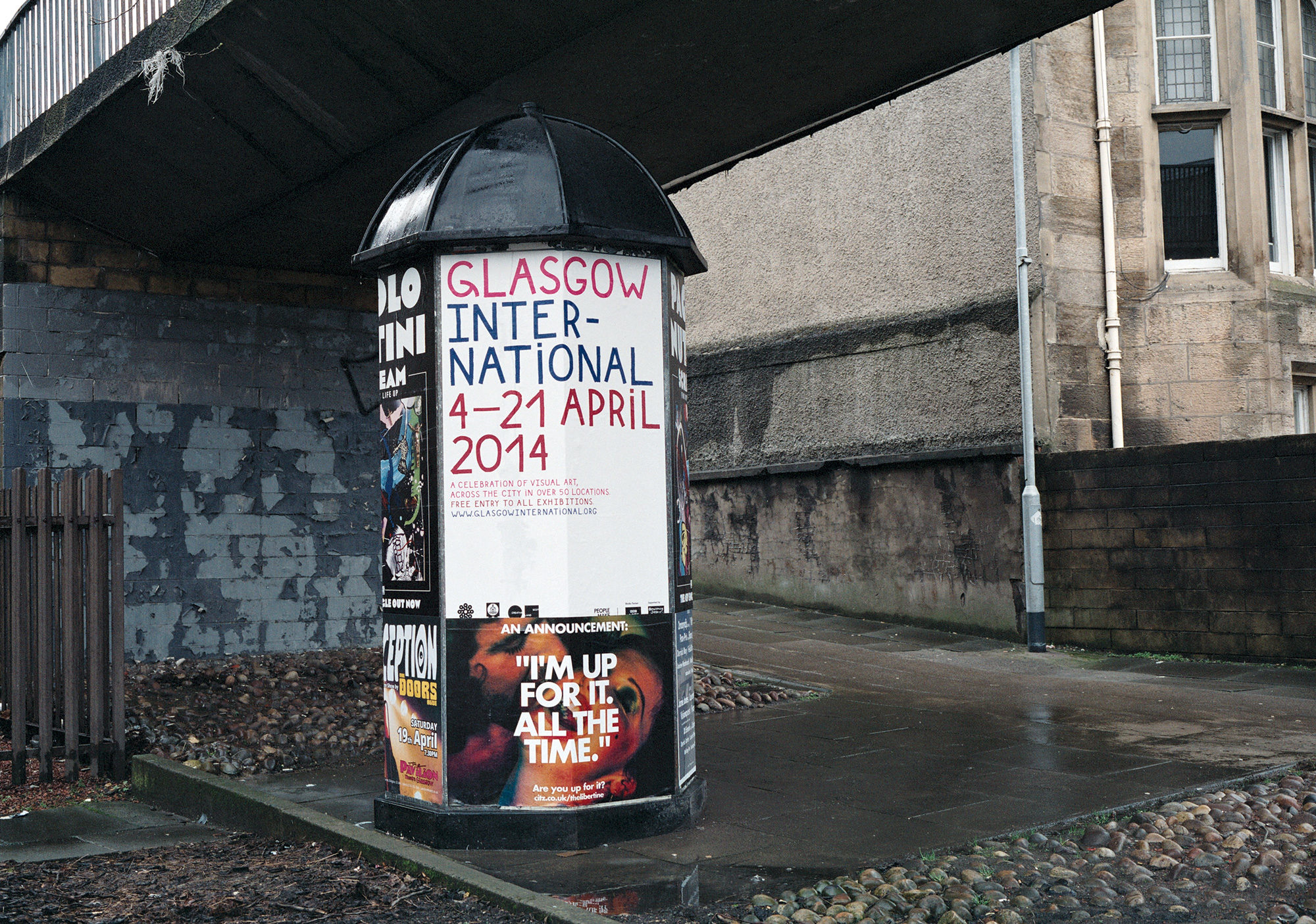 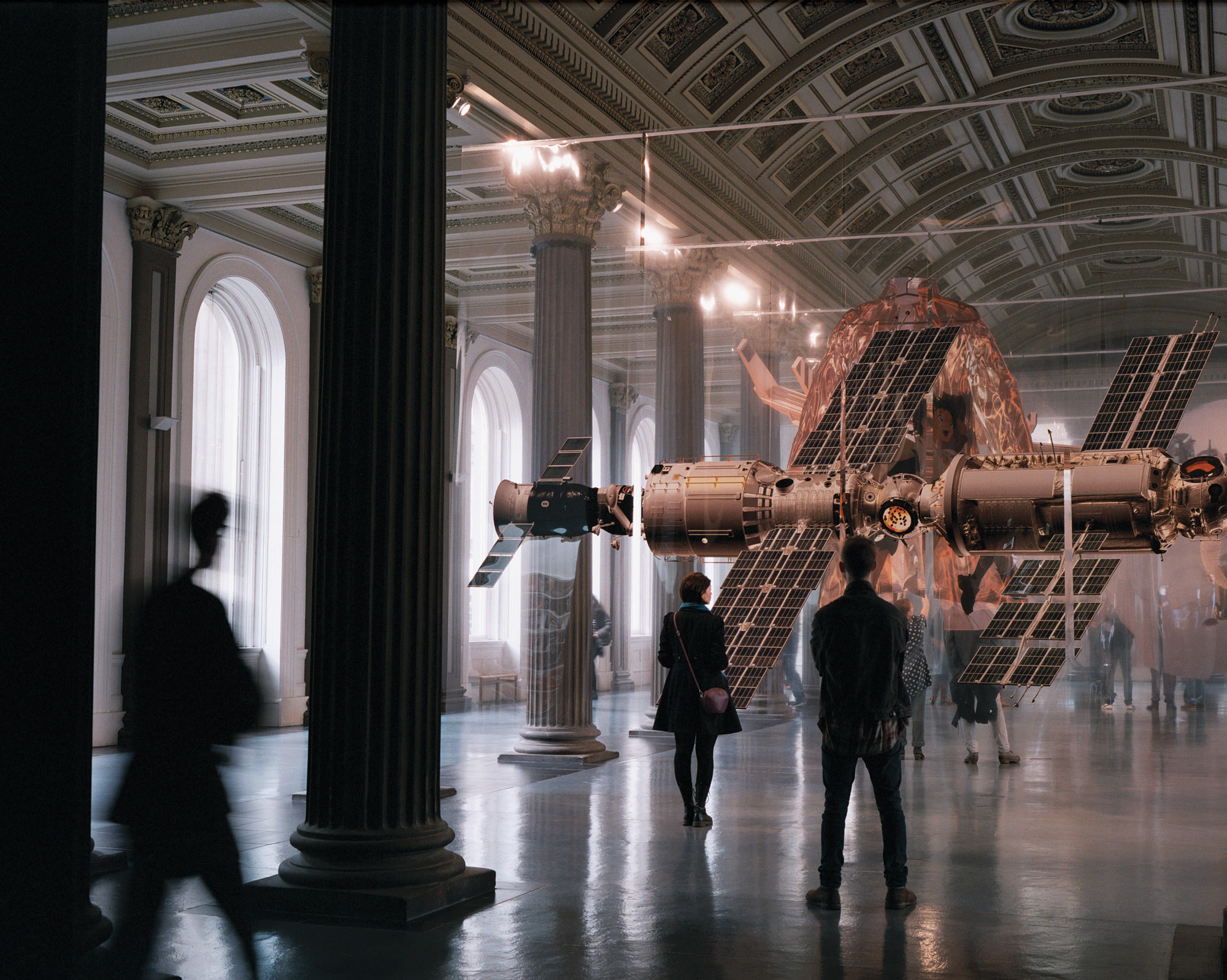 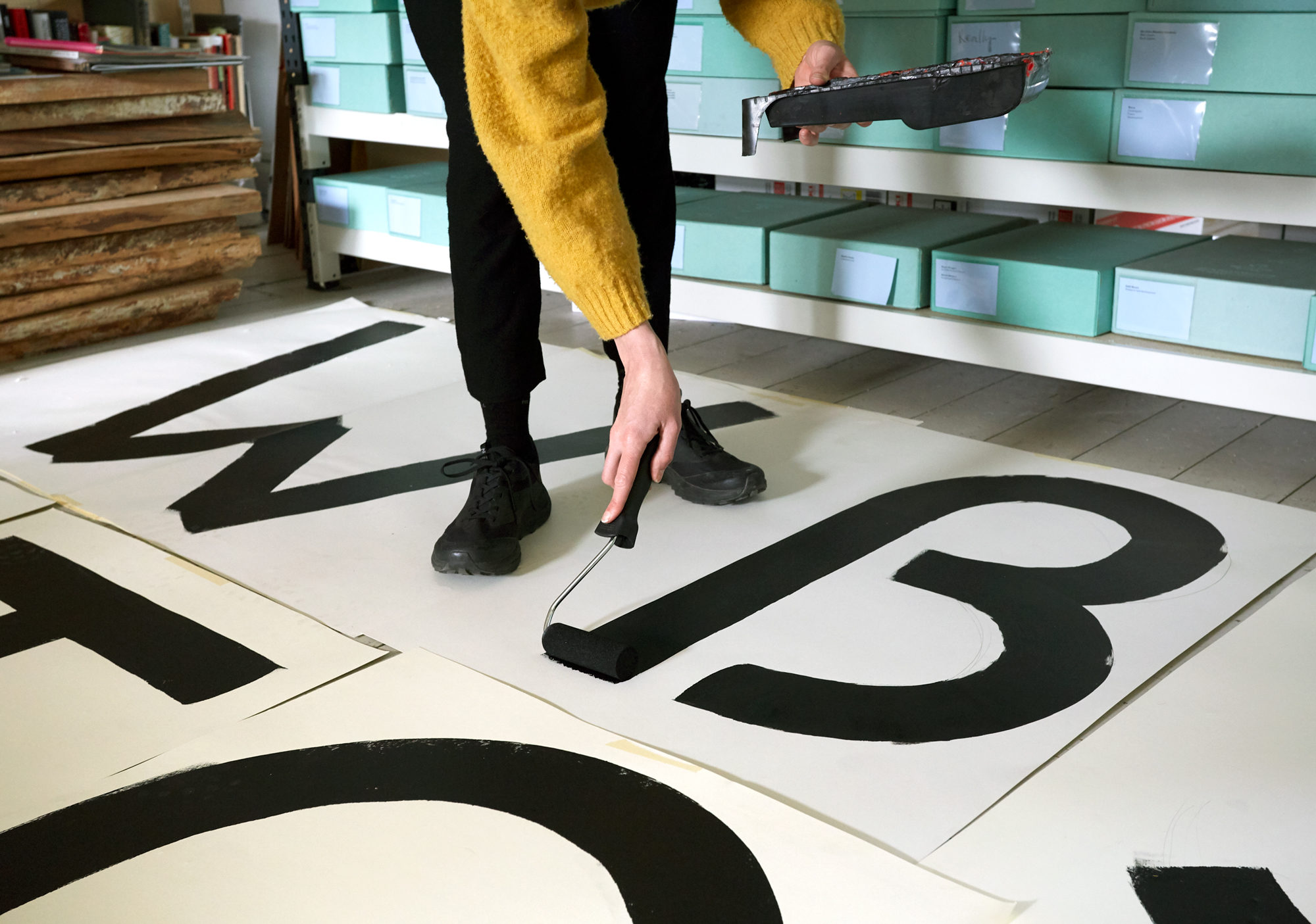 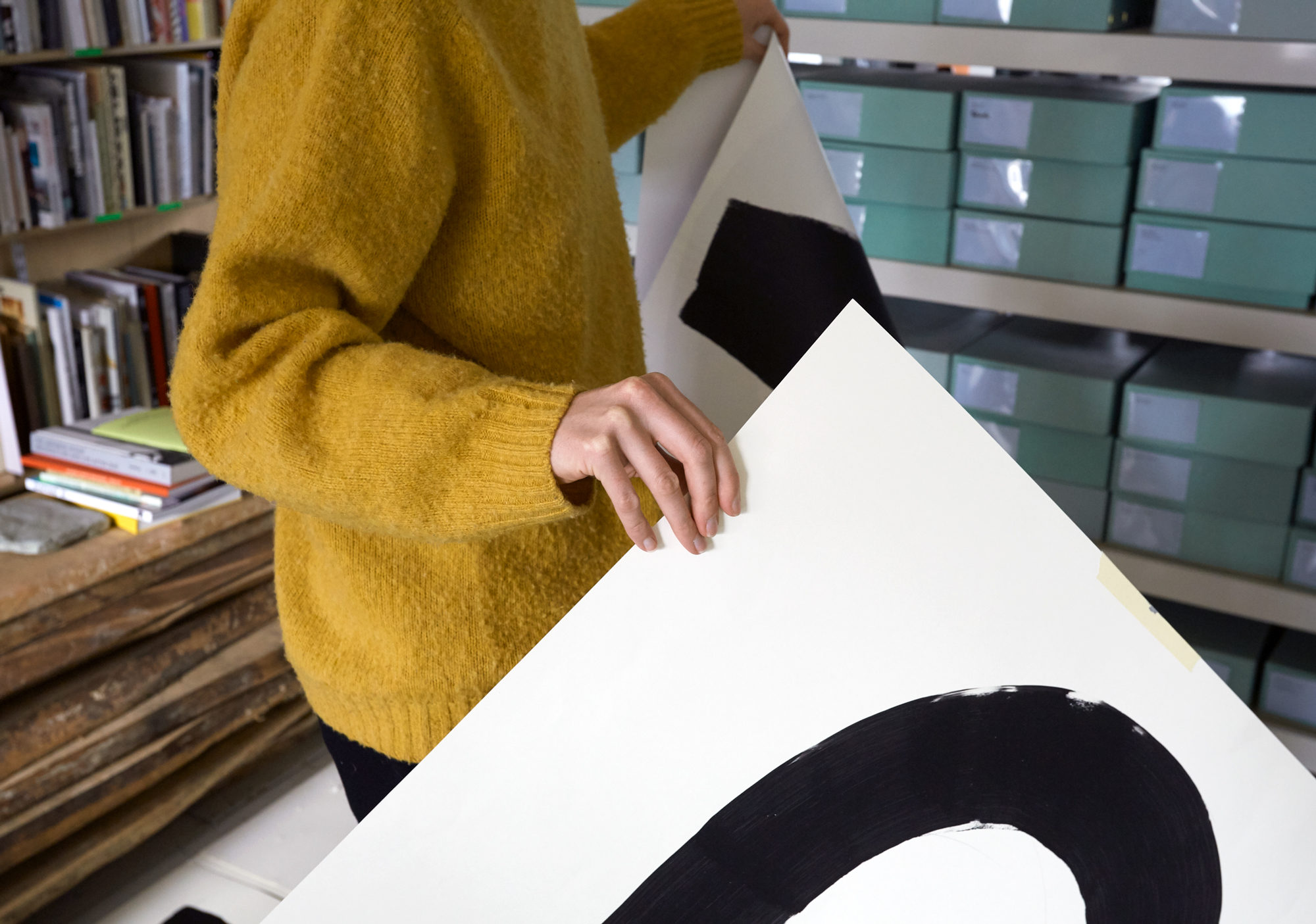 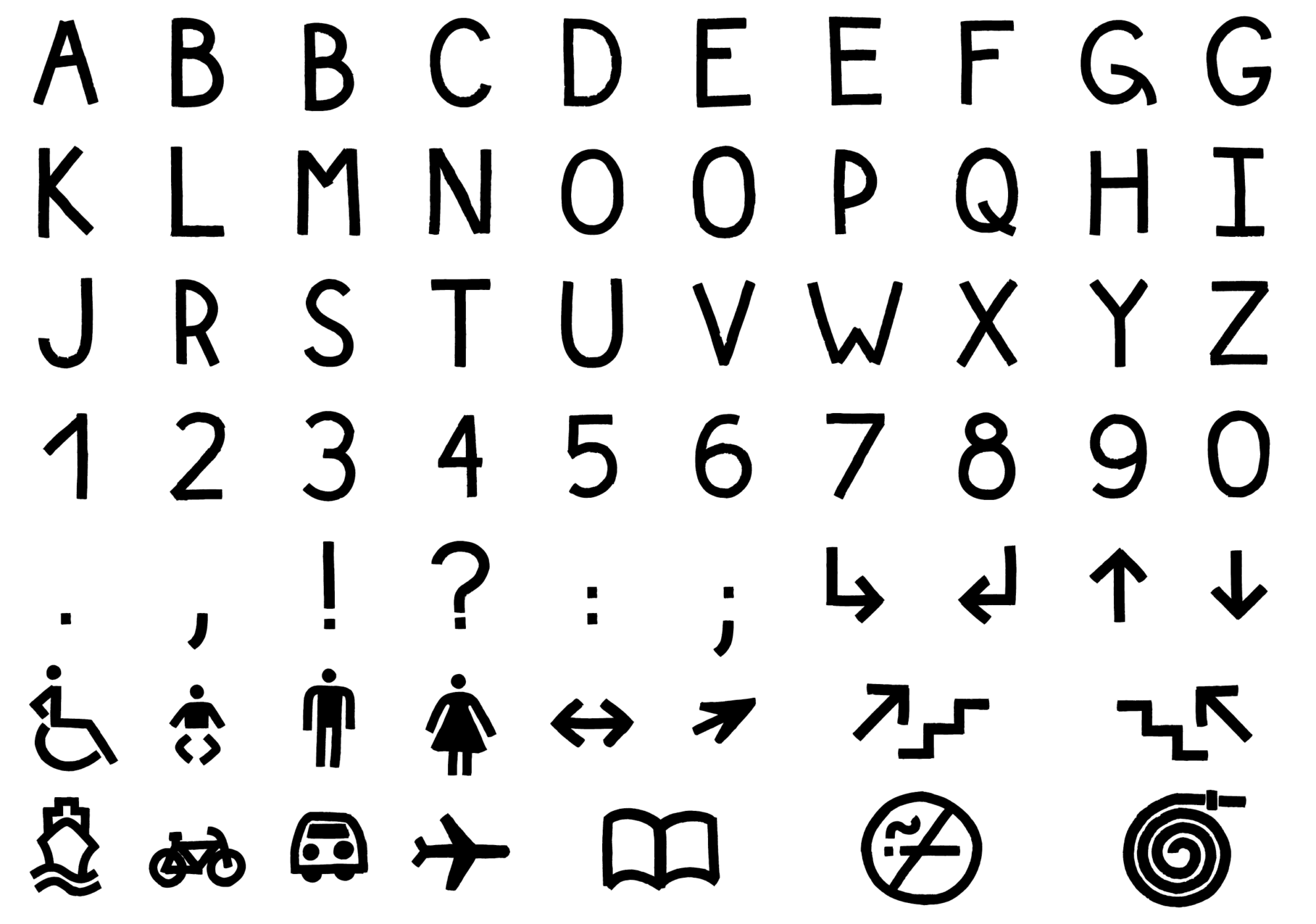 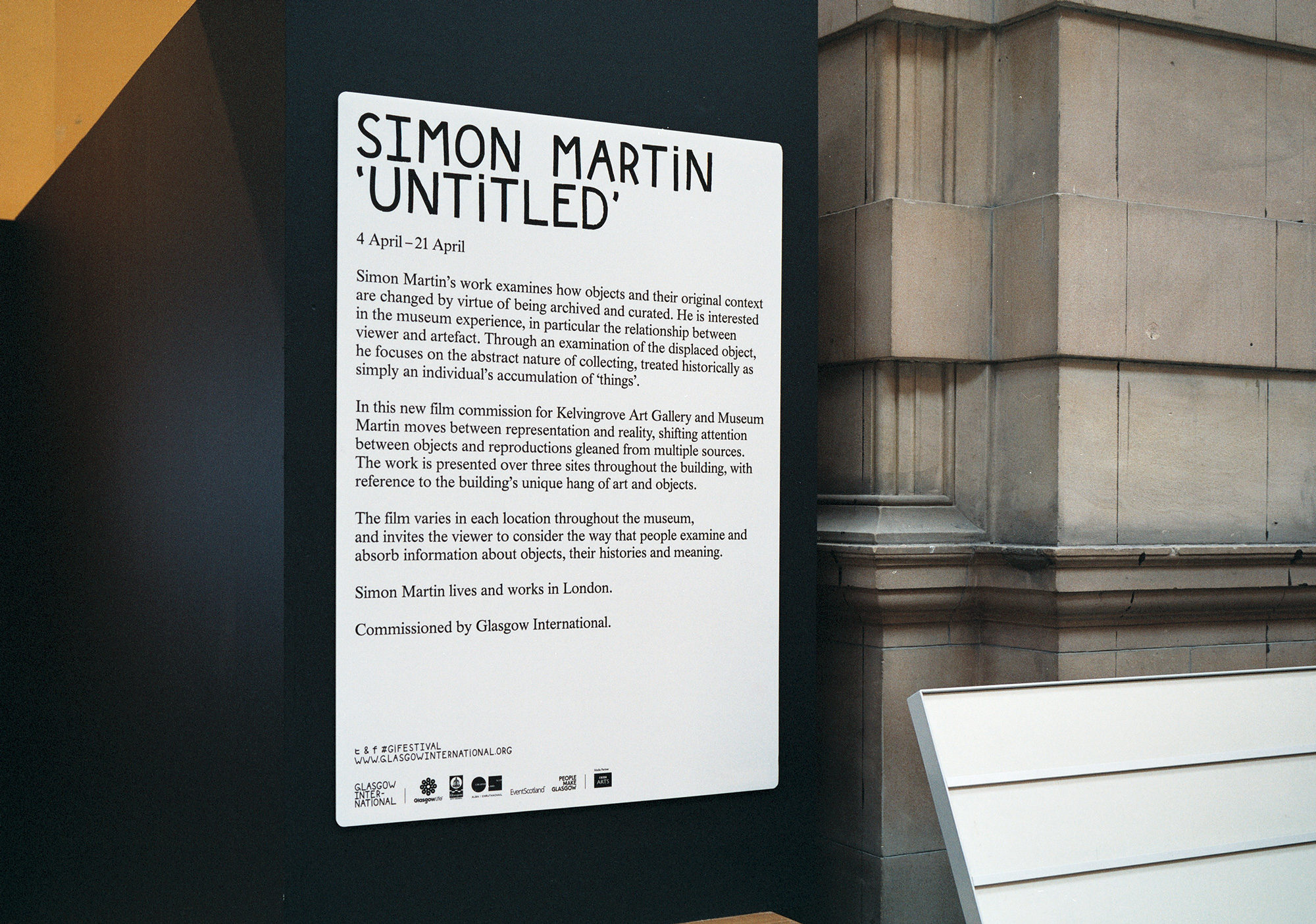 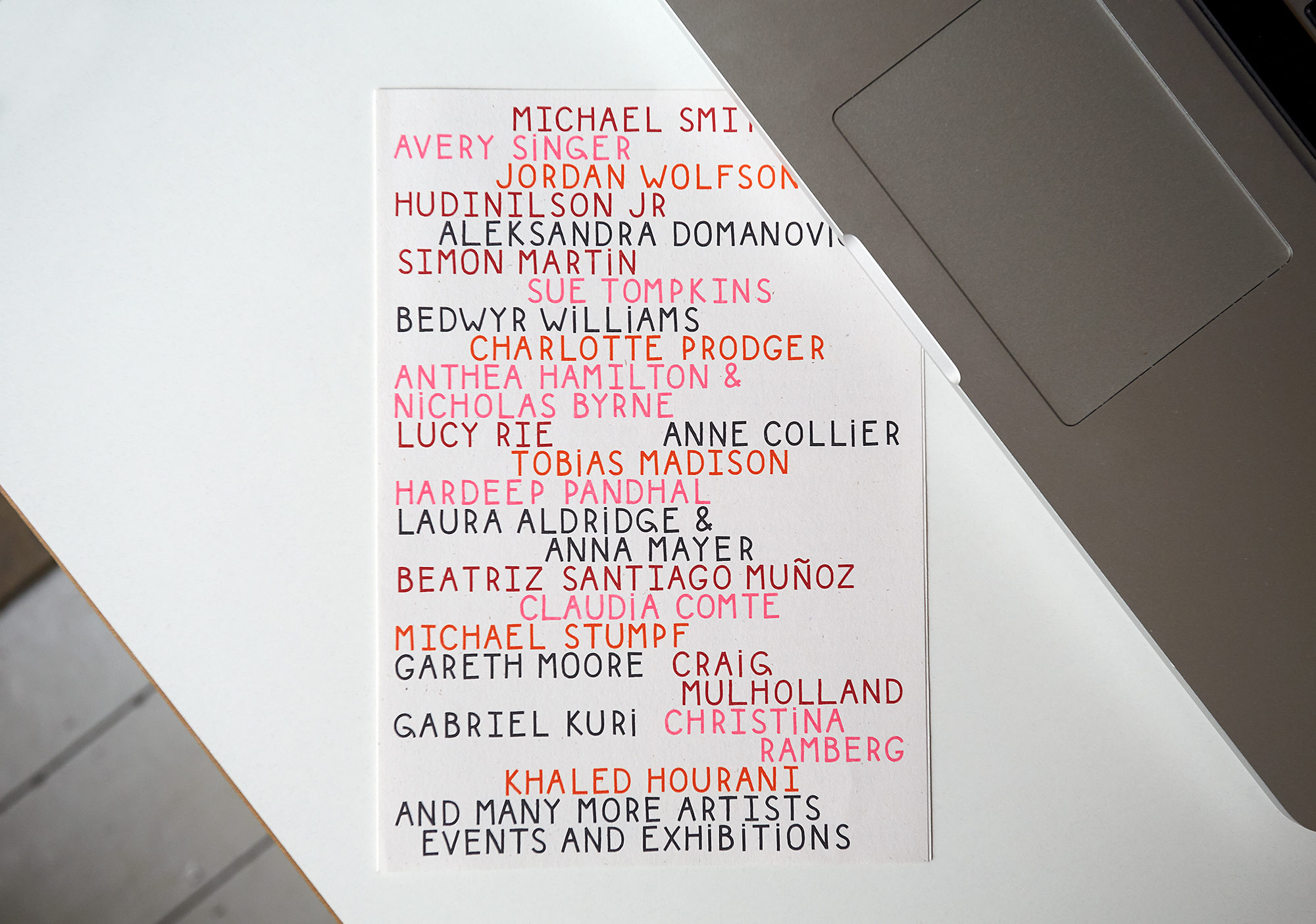 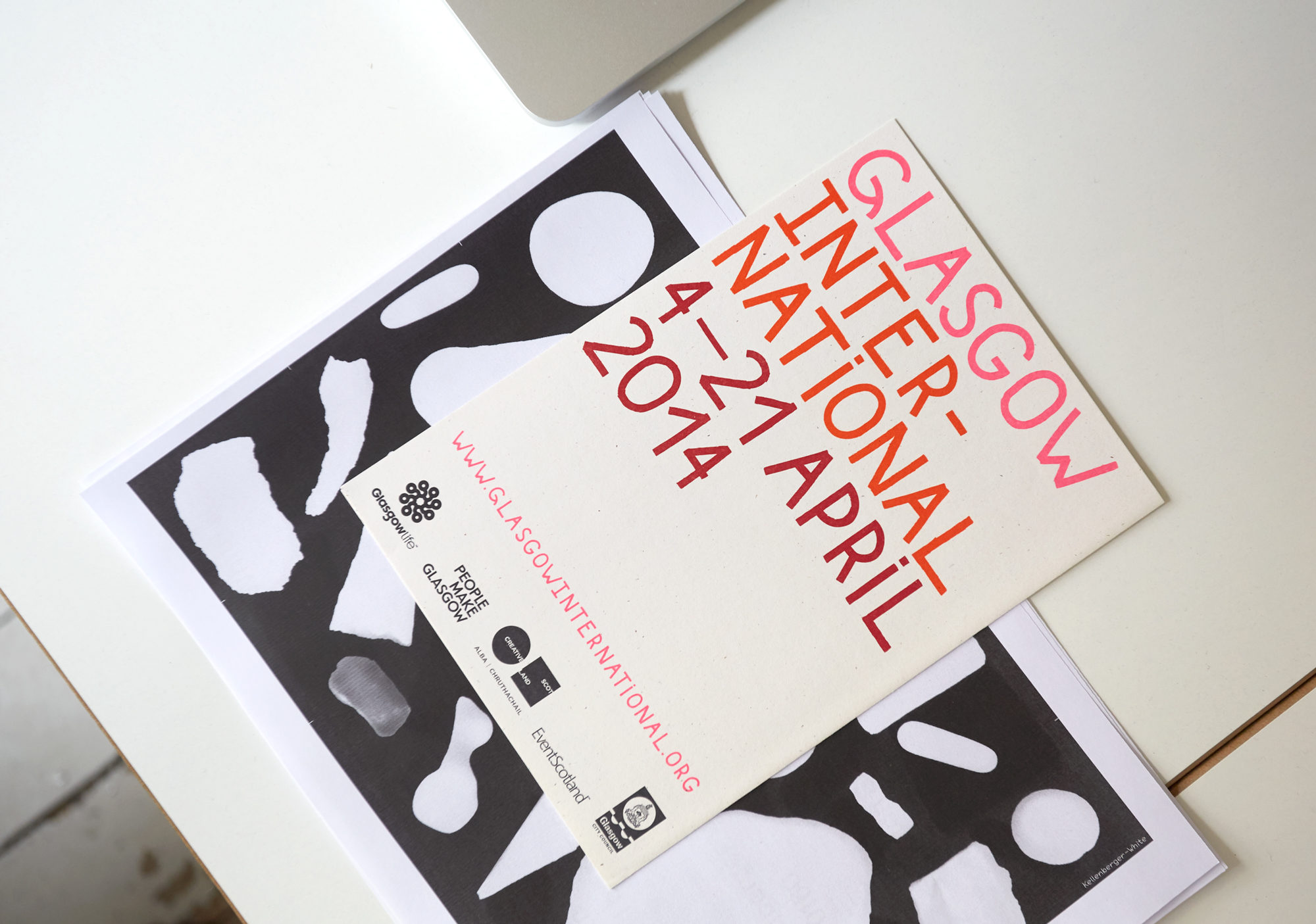 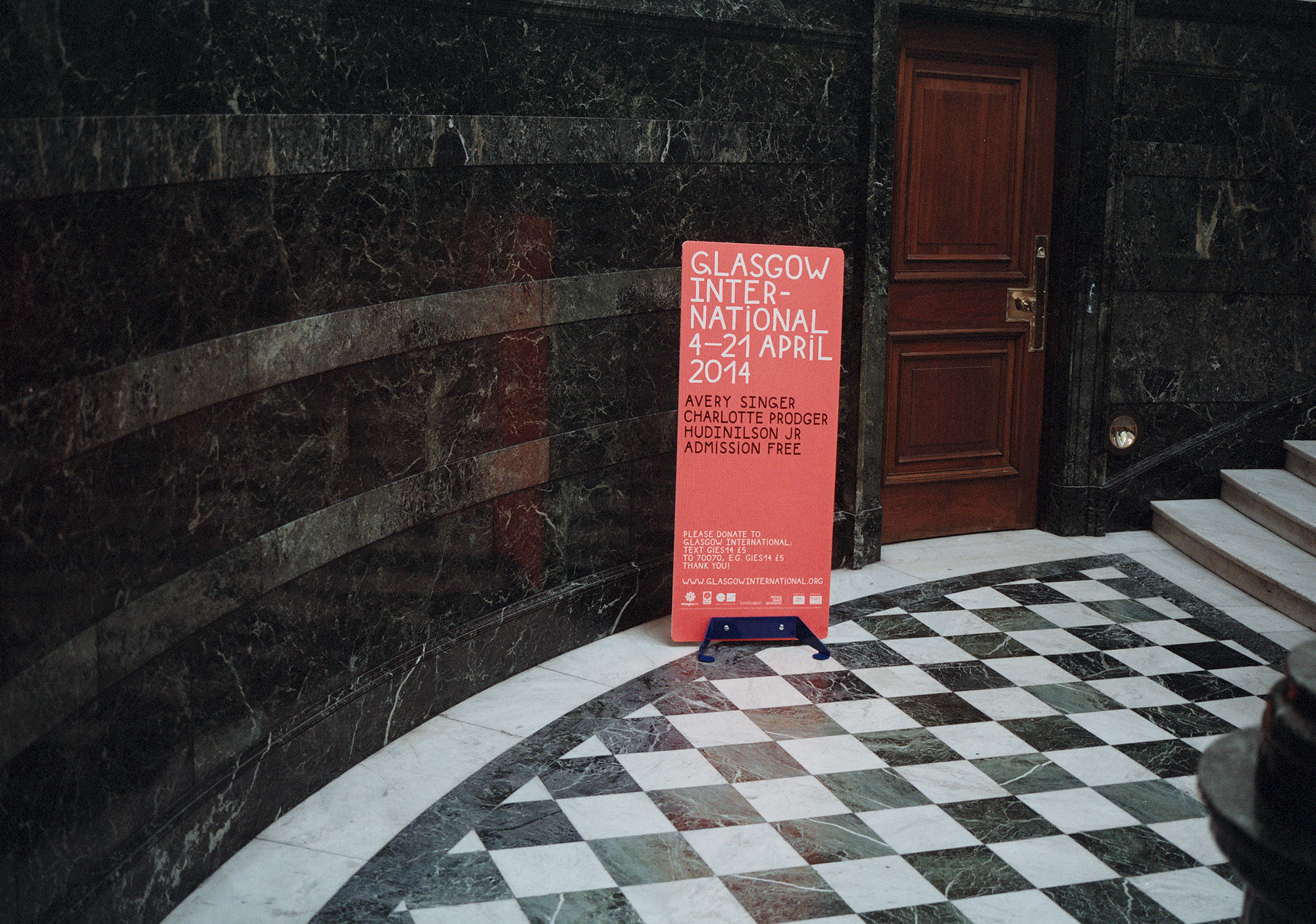 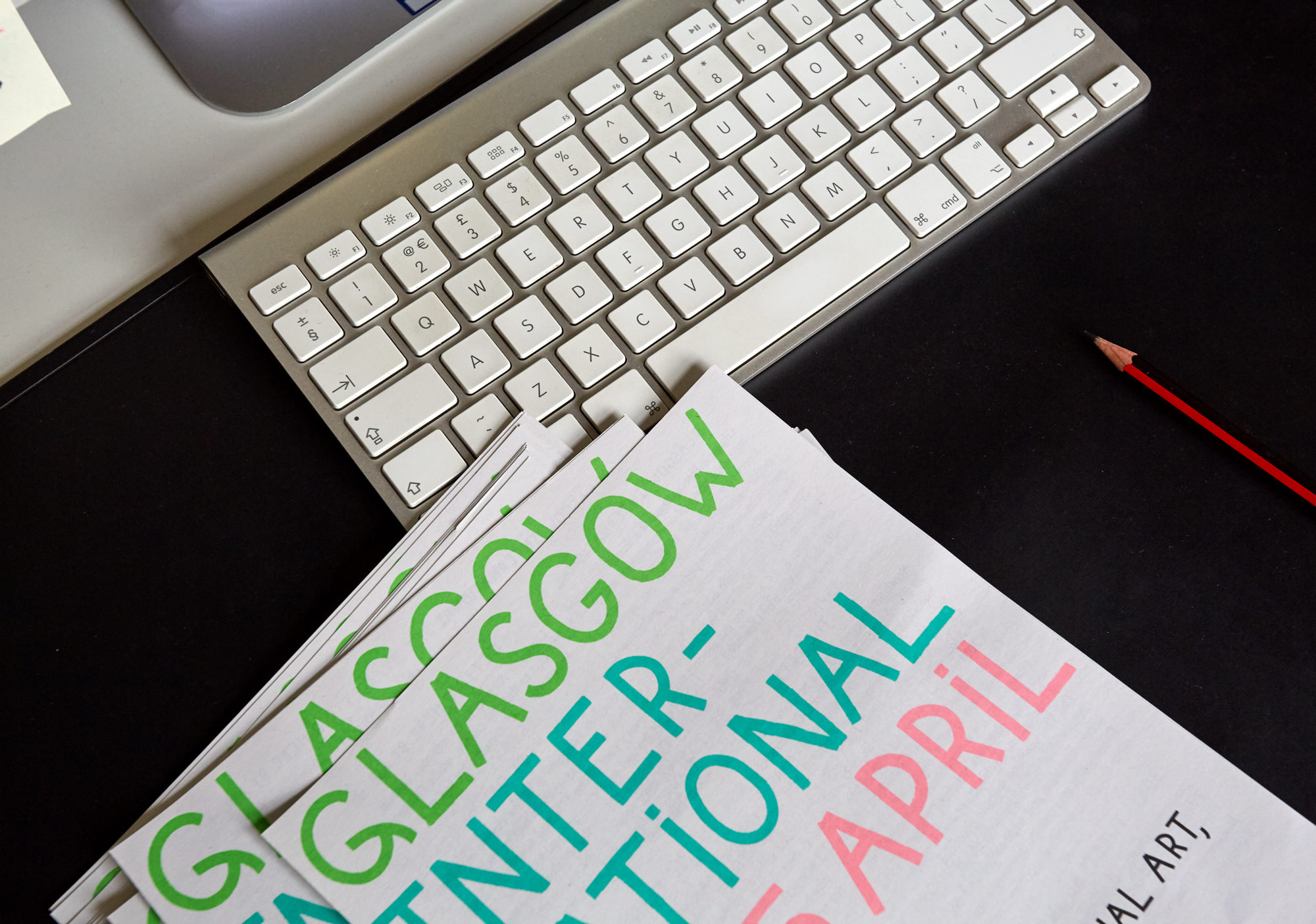 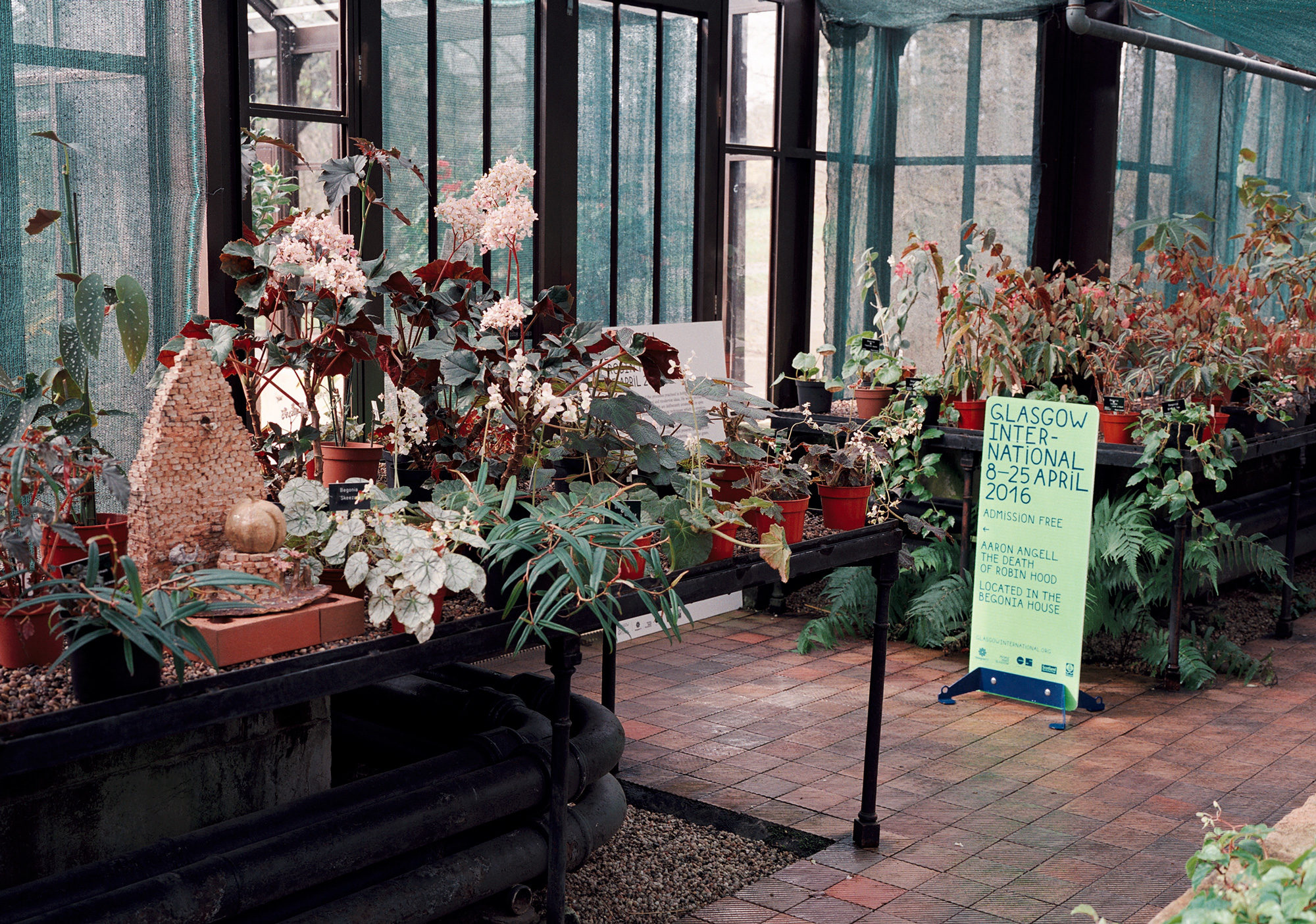 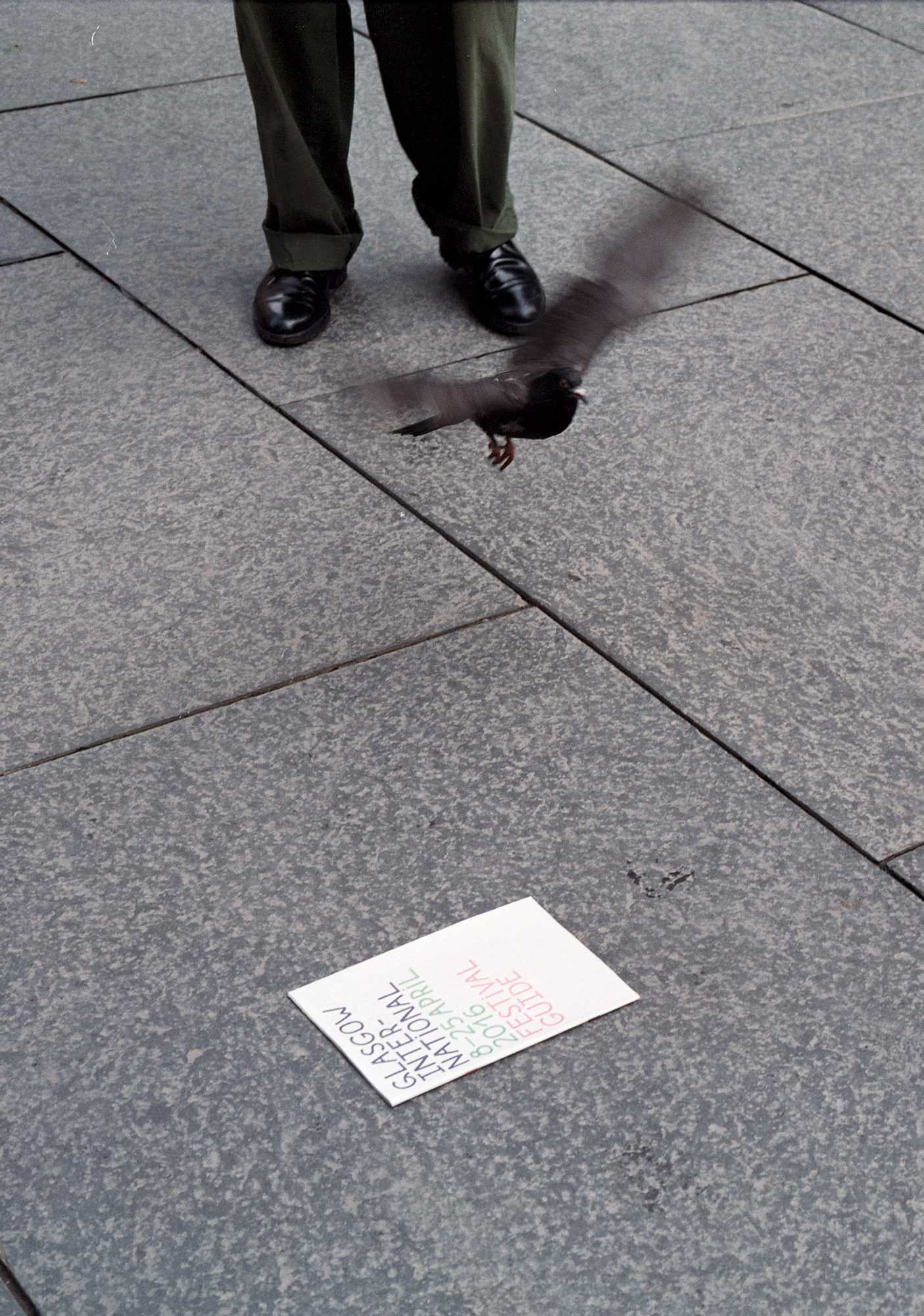 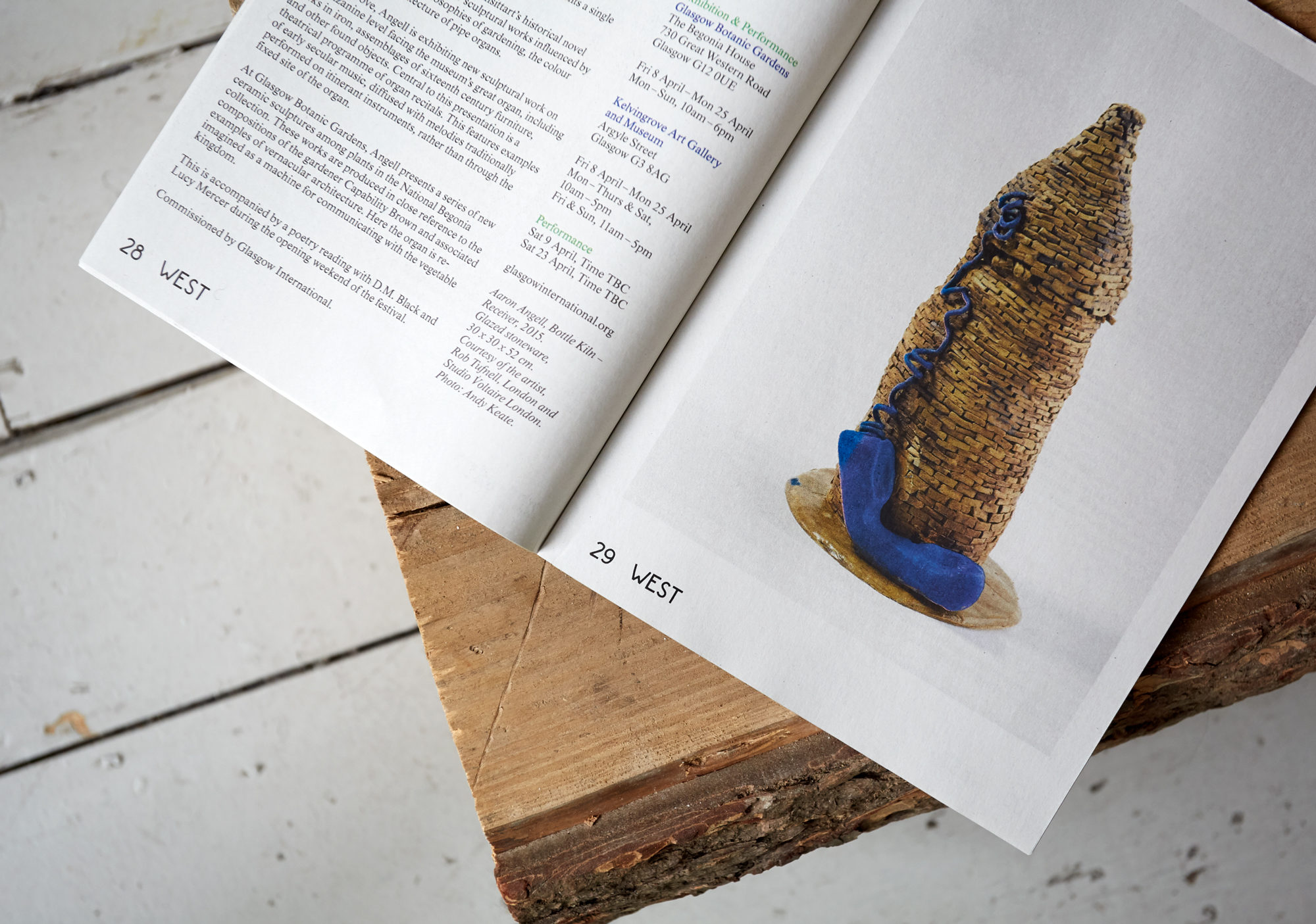 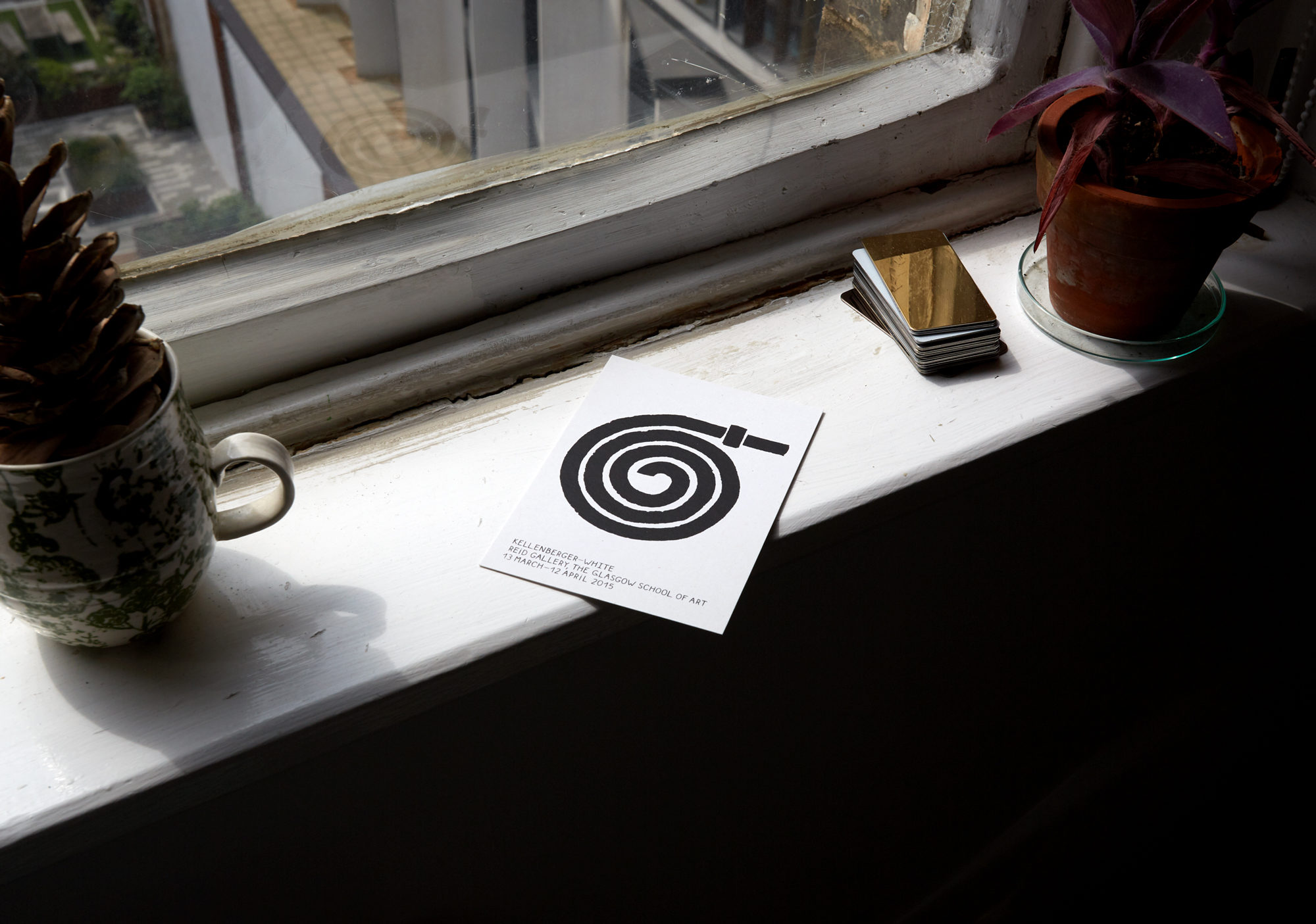 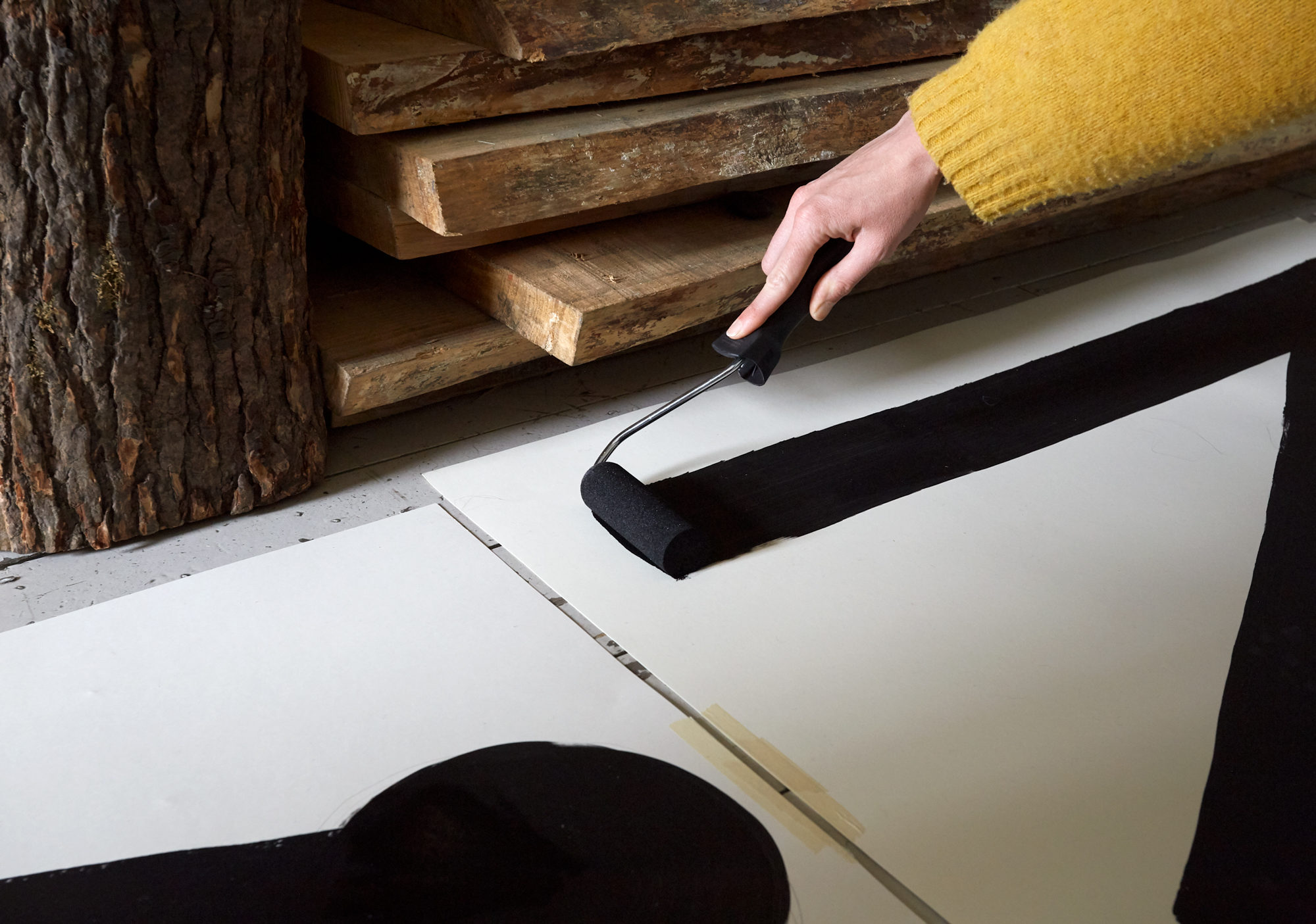 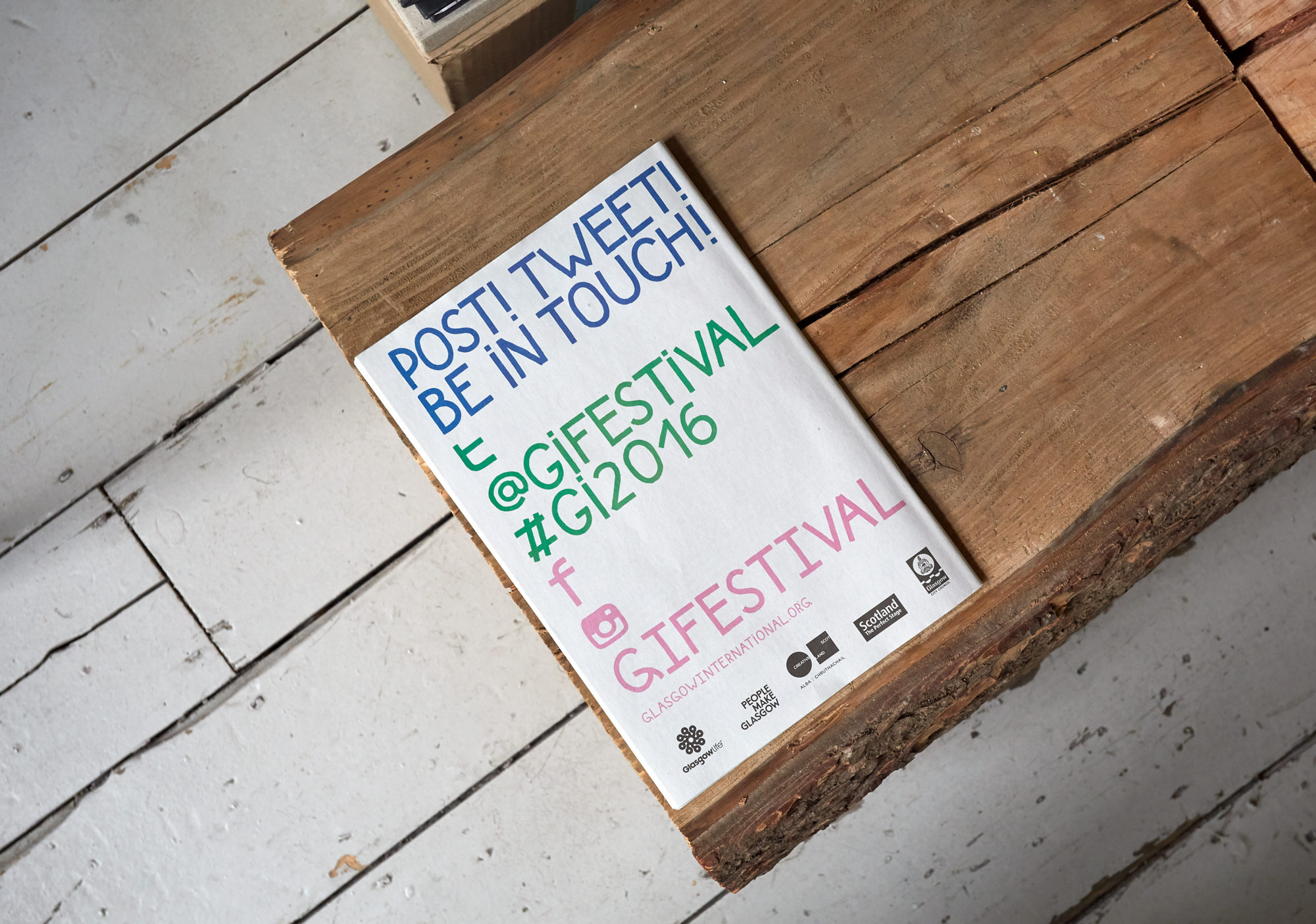 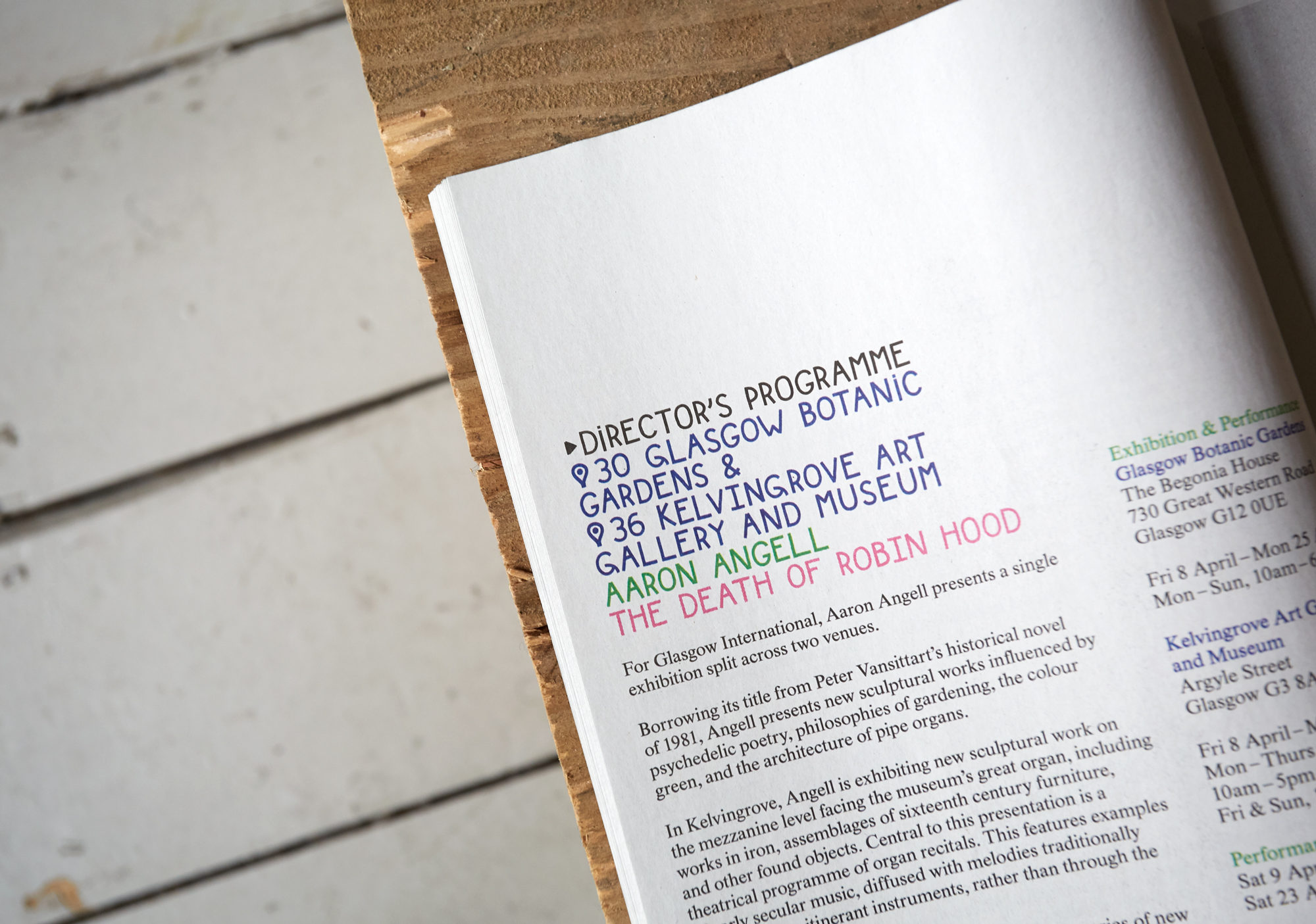 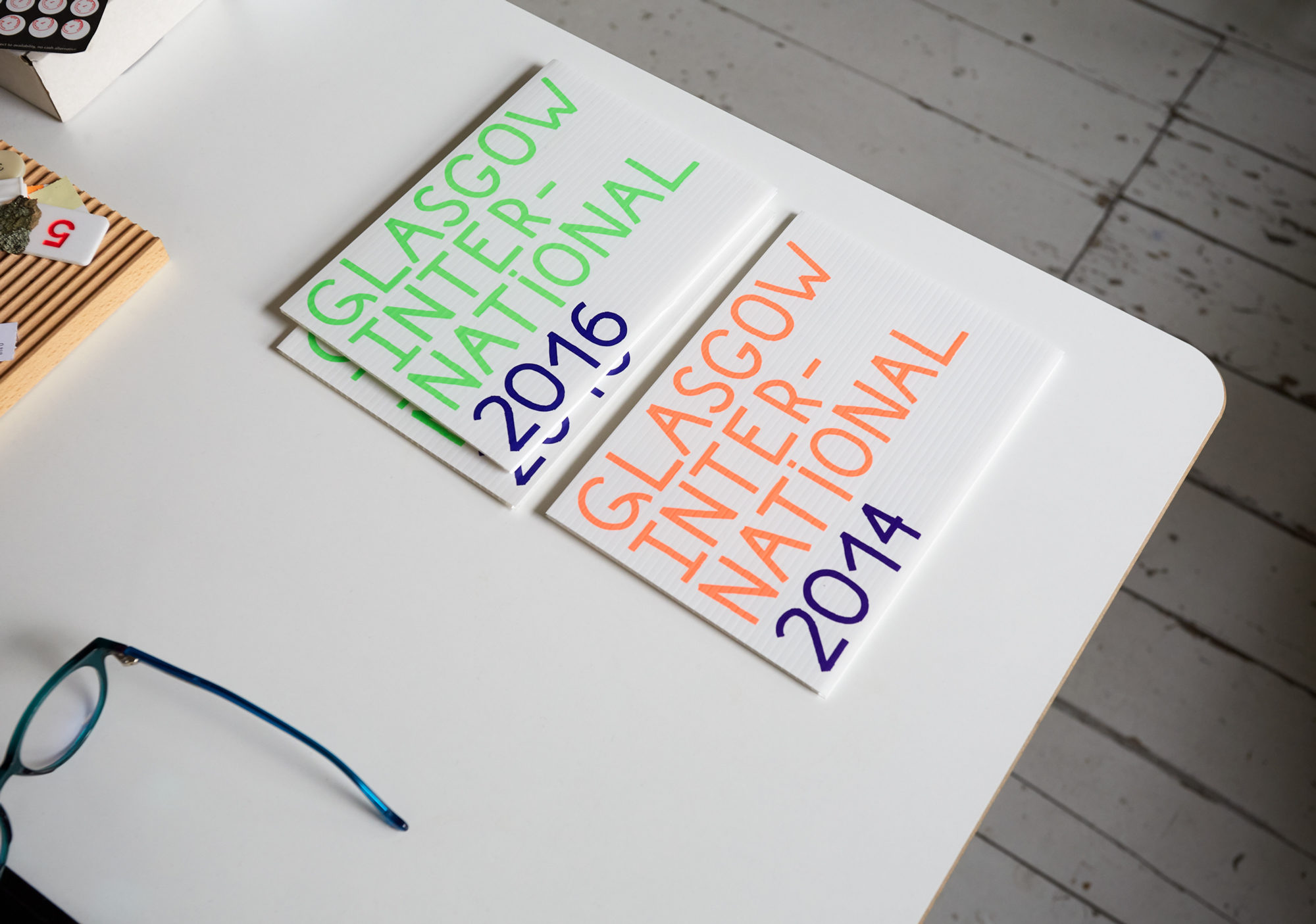 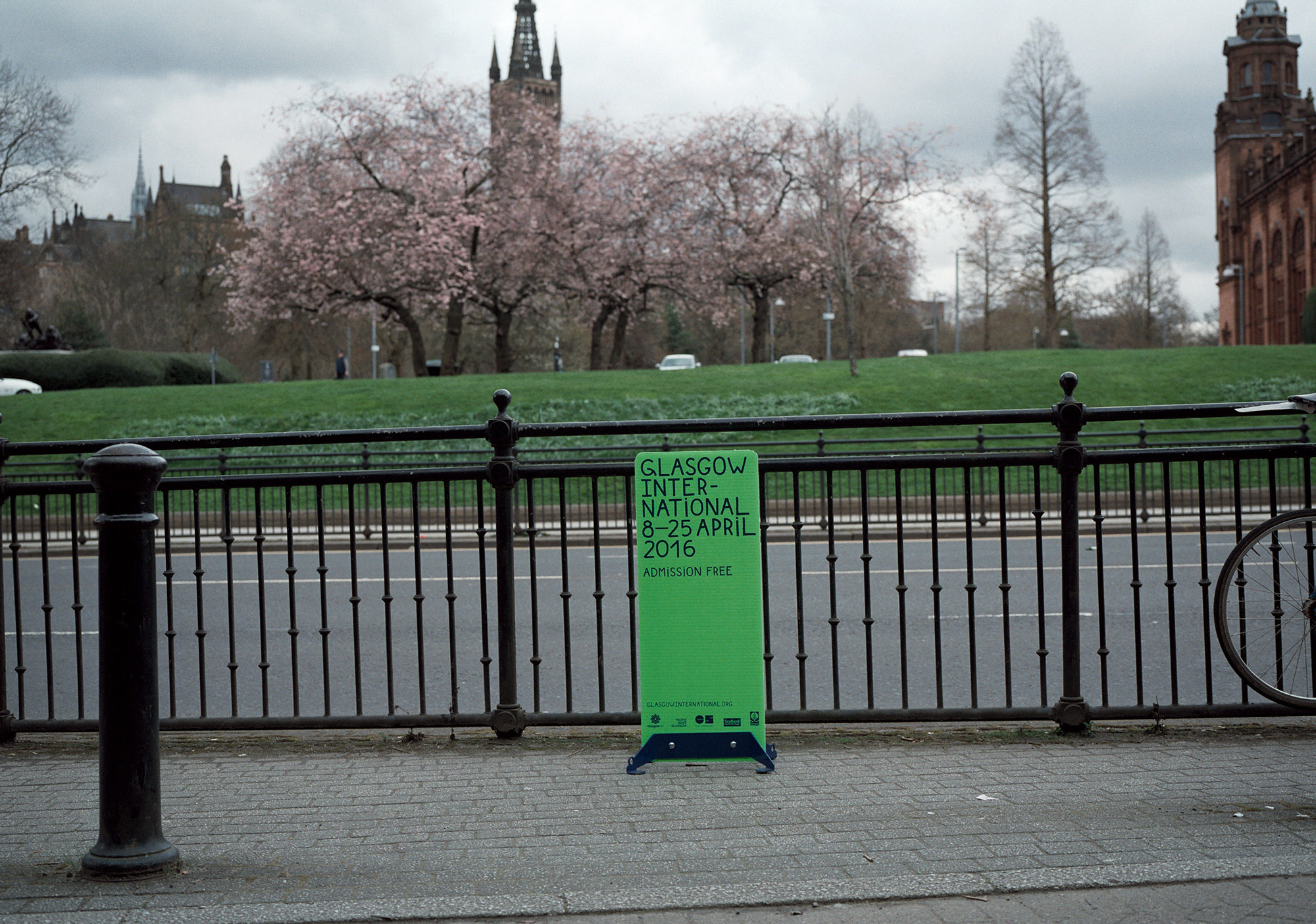 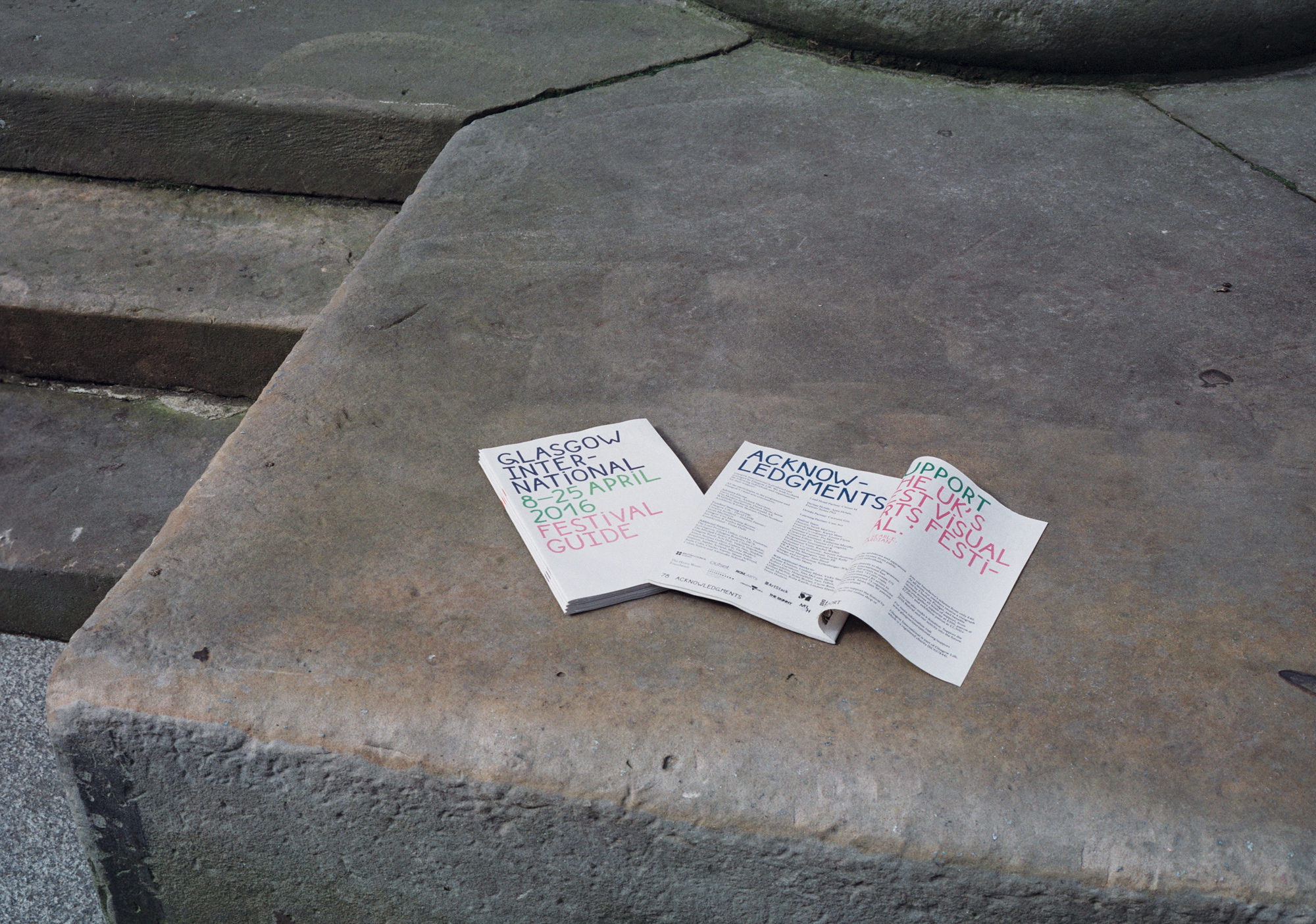 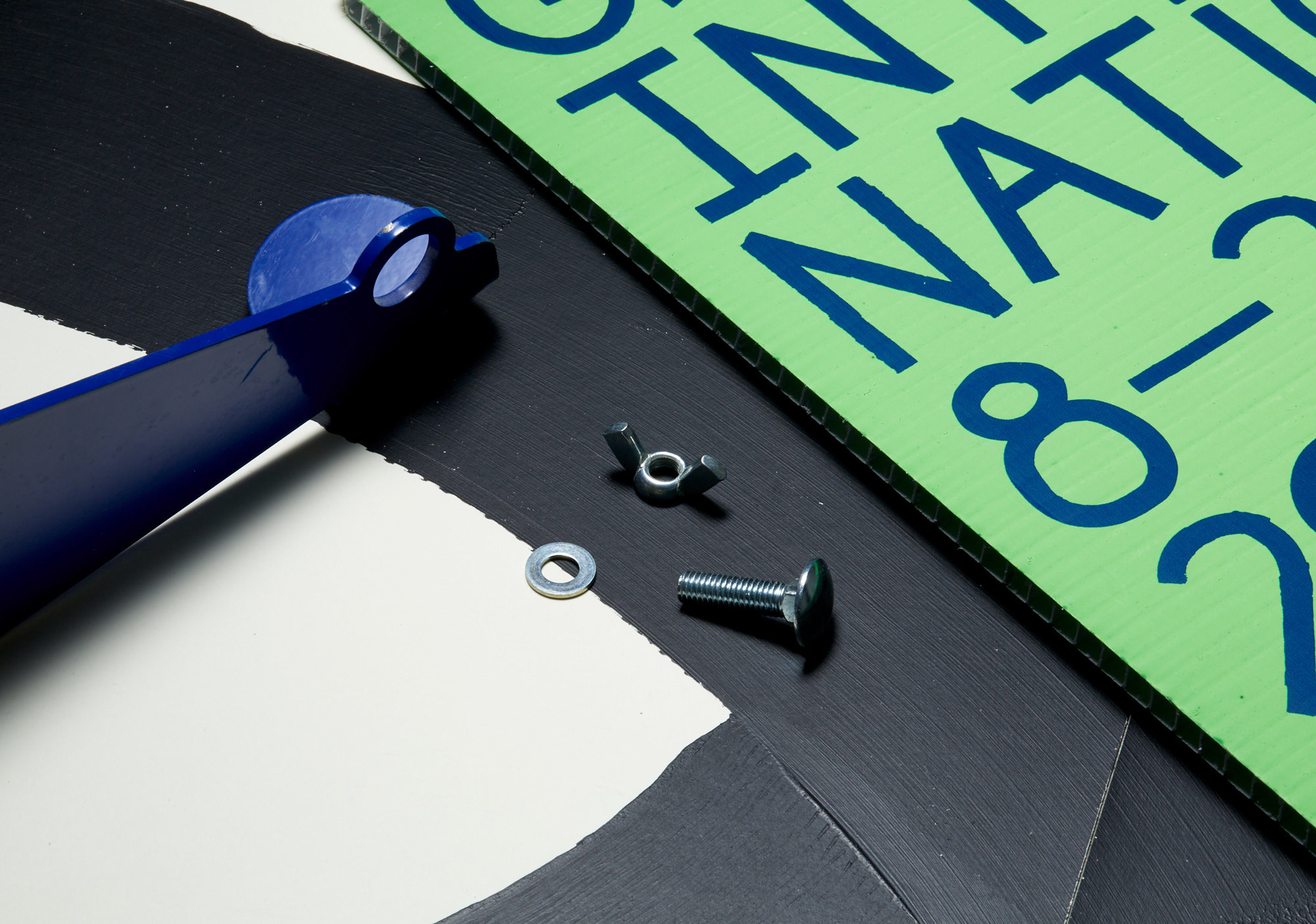 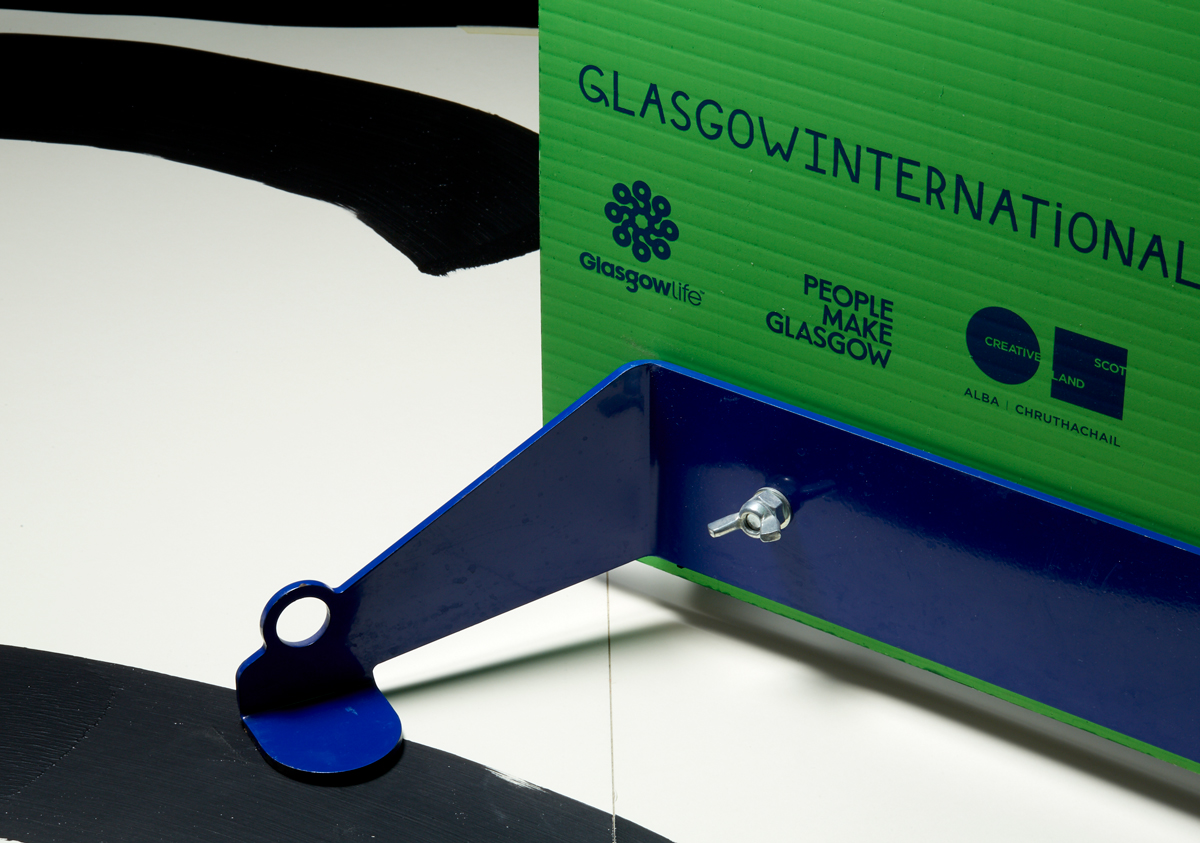 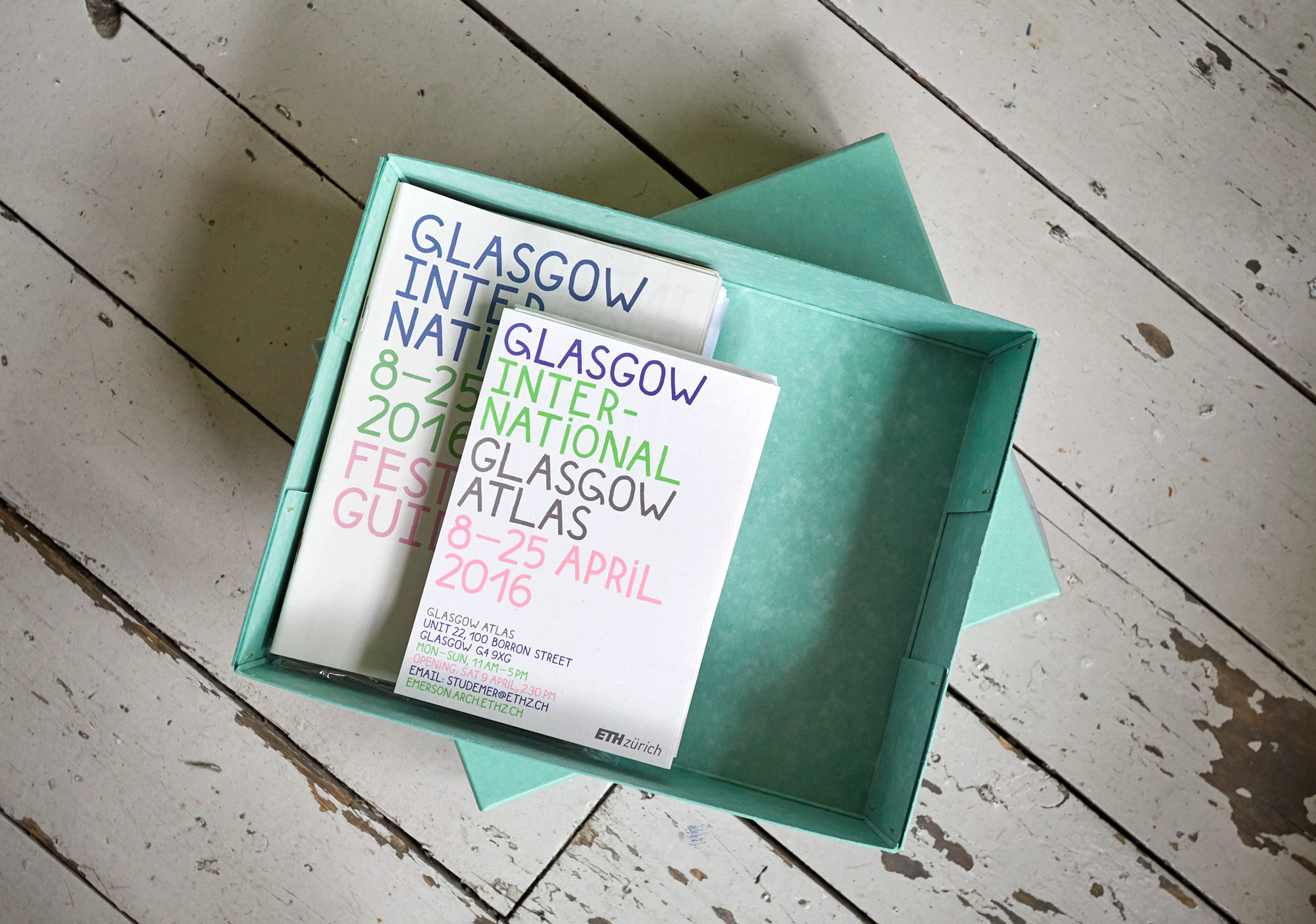 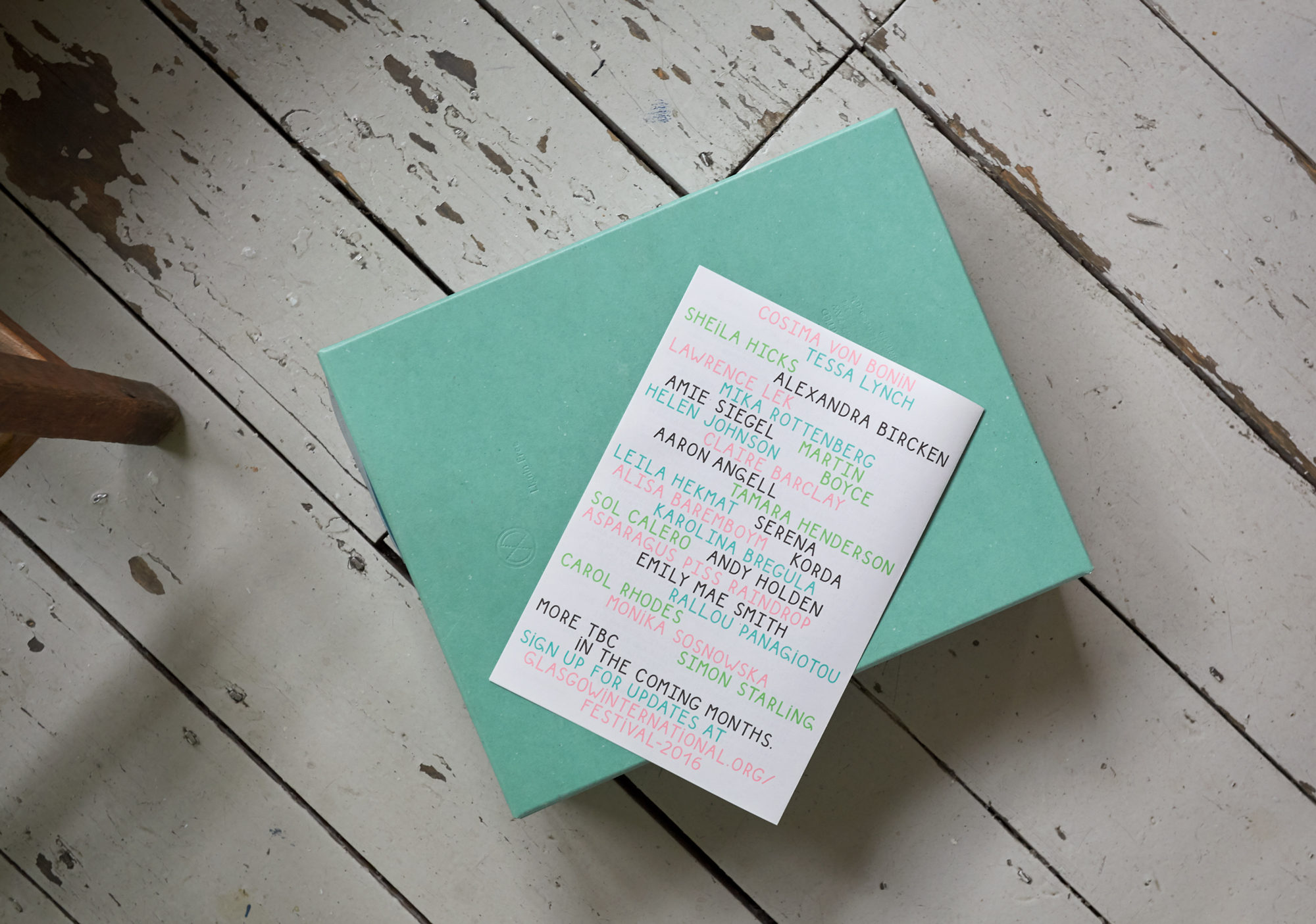 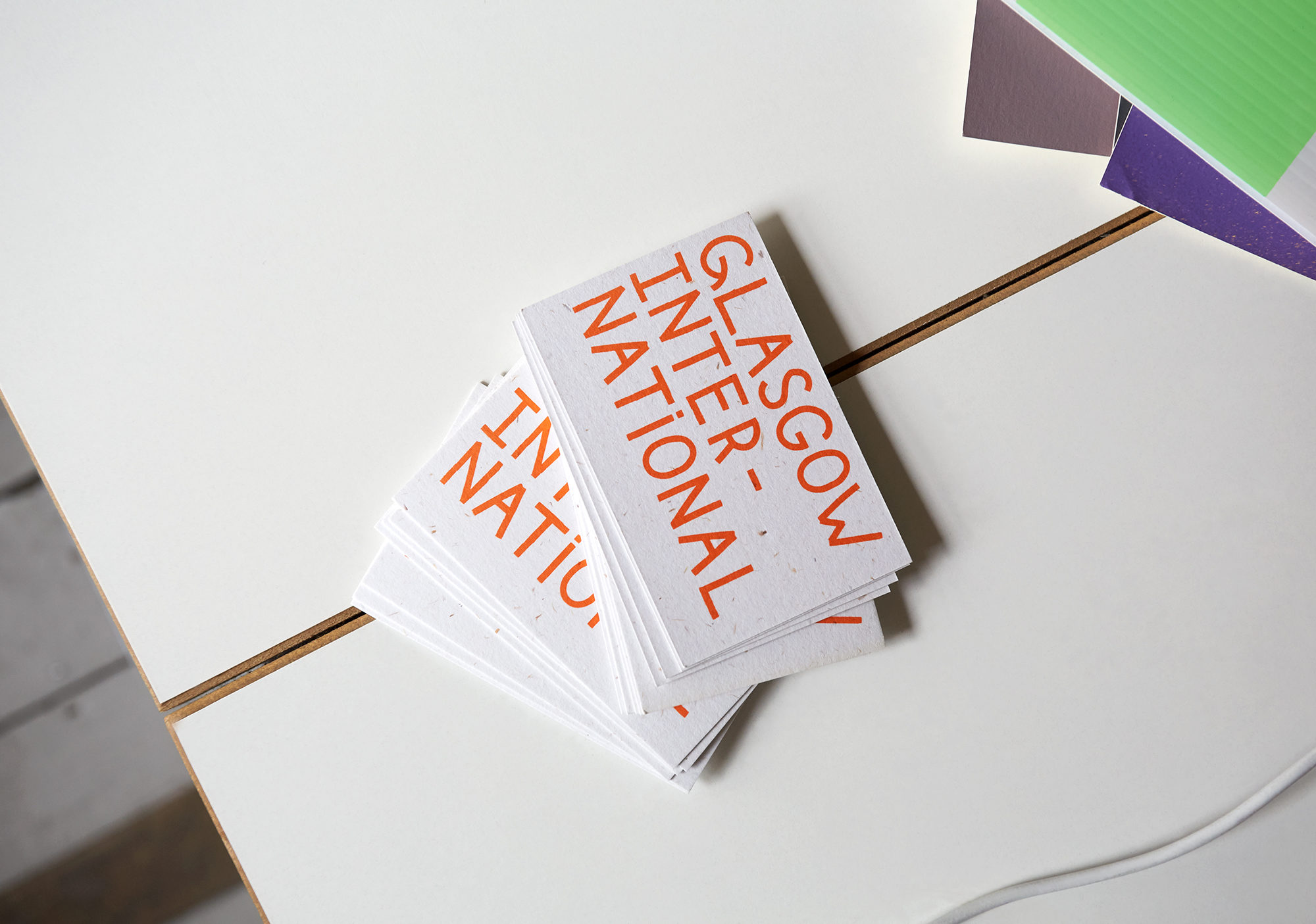 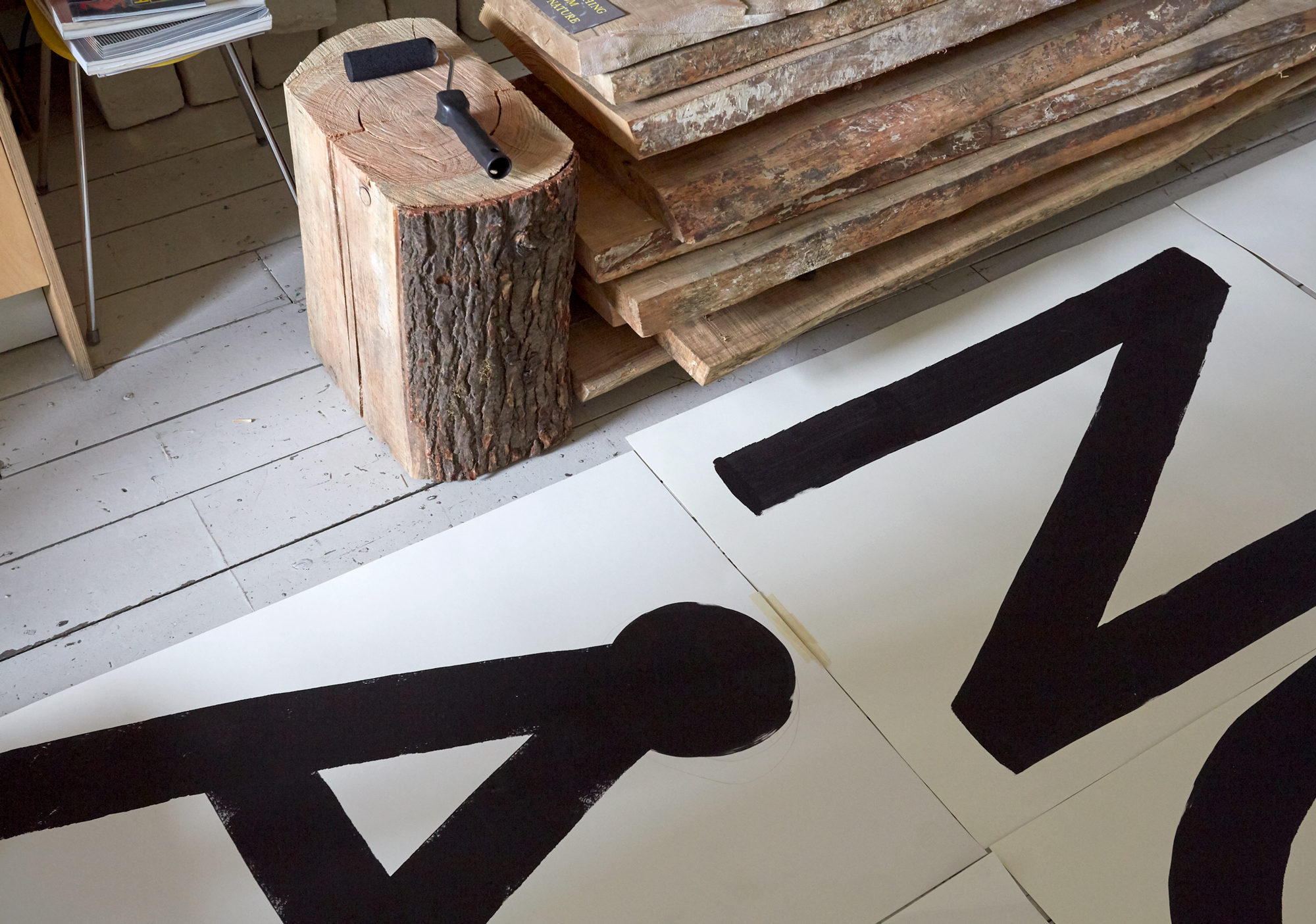 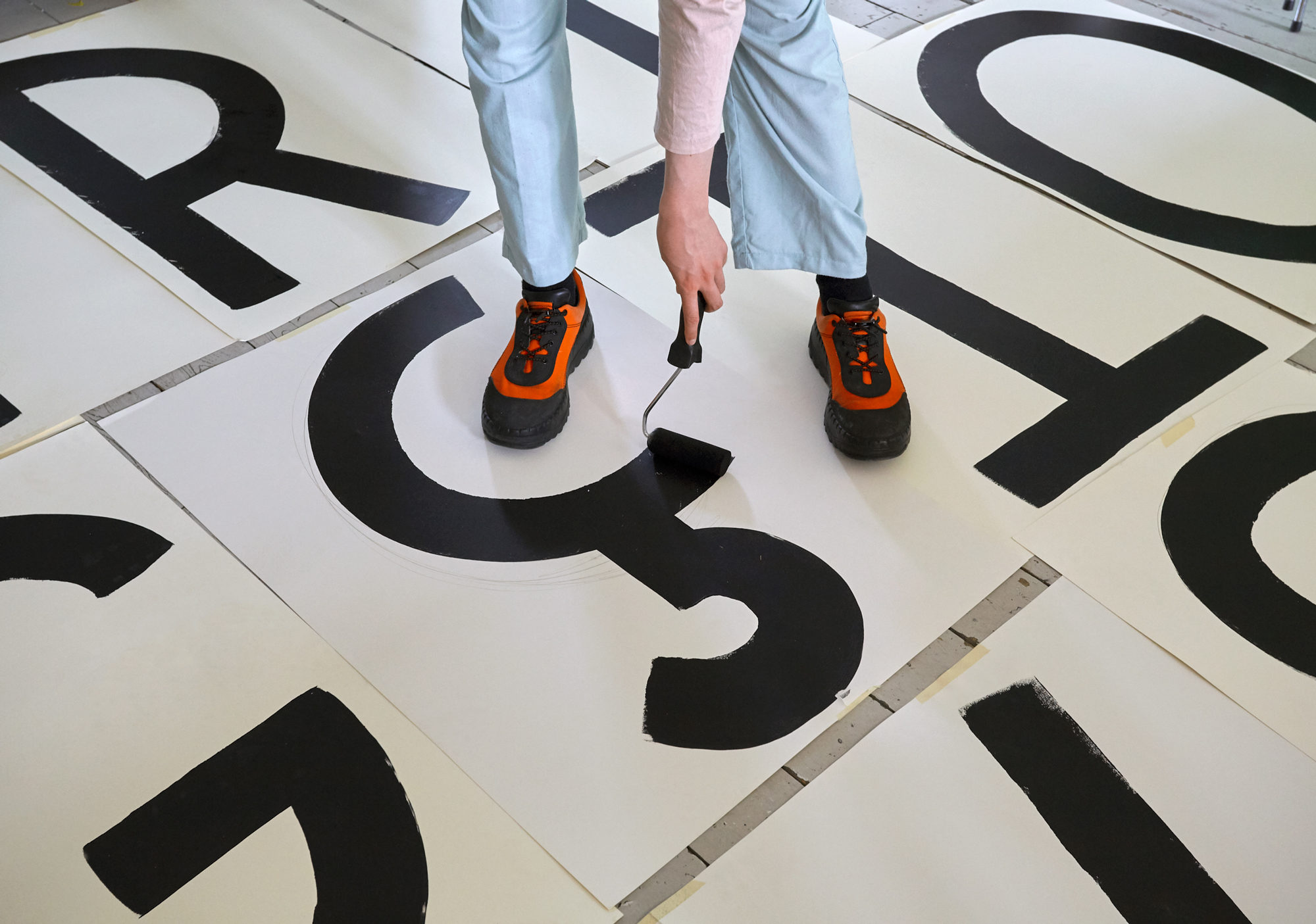 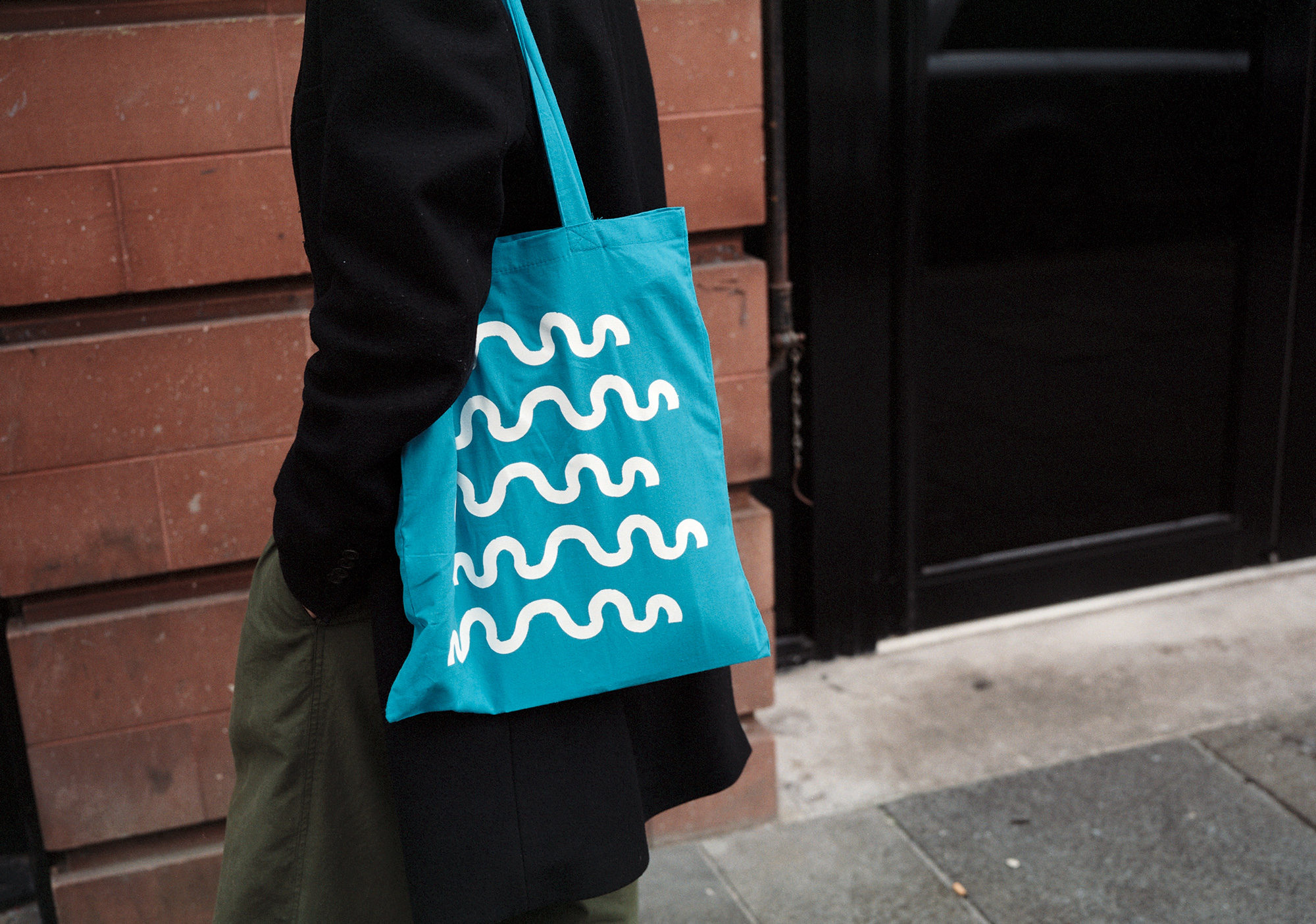 Awards: Nominee for Design Museum’s Designs of the Year 2015

The biennial Glasgow International (Festival of Visual Art) showcases the city as a unique and major centre for contemporary visual art. Its ambitious programme mixes exhibitions, events, talks, performances and projects by international and Glasgow-based artists, hosted in venues and locations across the city, including Glasgow’s major art spaces and cultural institutions.

Kellenberger–White first worked with Glasgow International in 2013, when we were commissioned to create the festival identity. Seeking inspiration in the industrial fabric of the city and its waterfront, we found painted warehouse signs and the lettering on large ships that were protesting against the nuclear submarines at nearby Faslane Bay. We recognised in this hastily painted lettering the same energy and urgency that animates the festival, so we used it as the inspiration for our characterful typeface.

Creating bold upper-case letters, we painted an alphabet using a roller on B1-sized sheets of paper. The components of each letter were set at one roller’s width and the radius of the curves and circles at the length of the painter’s arm. We also left the letters slightly rough at the edges. These were then scaled down for posters, signage, banners, festival publications and use online.

The visual identity was subsequently nominated by London’s Design Museum as one of their Designs of the Year for 2015, as well as being the subject of a Glasgow School of Art exhibition. We were invited back to extend the identity for Glasgow International 2016.