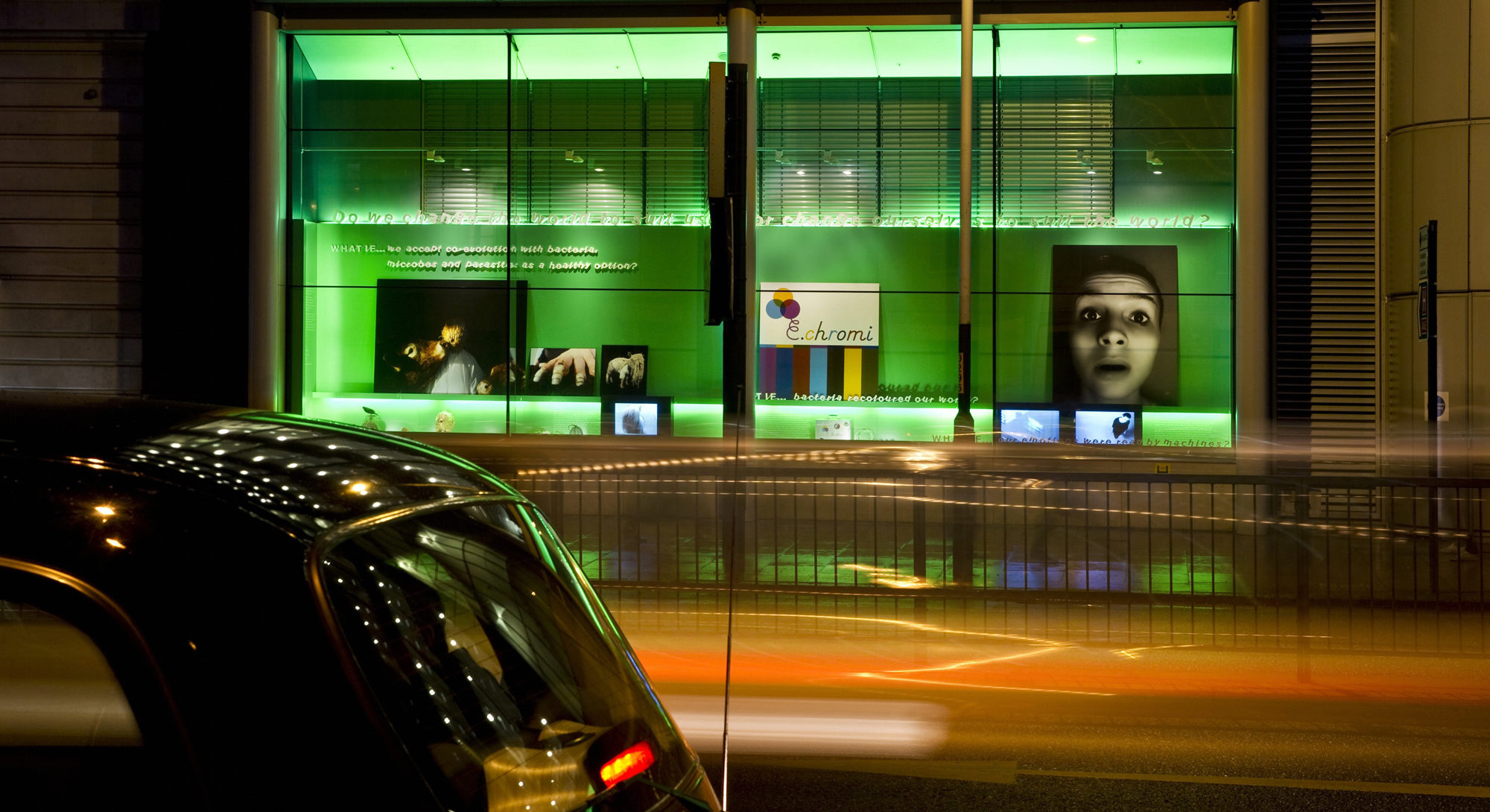 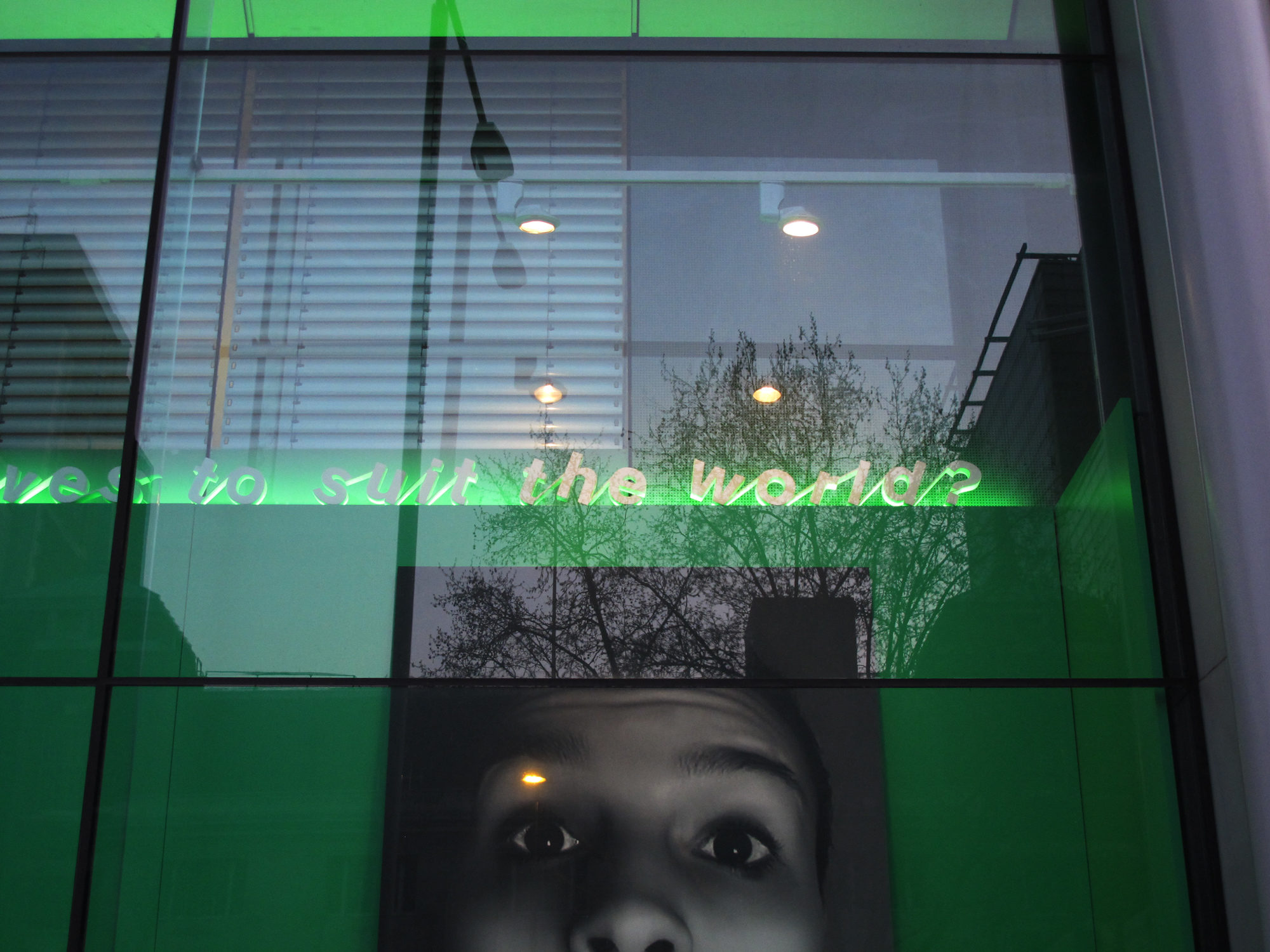 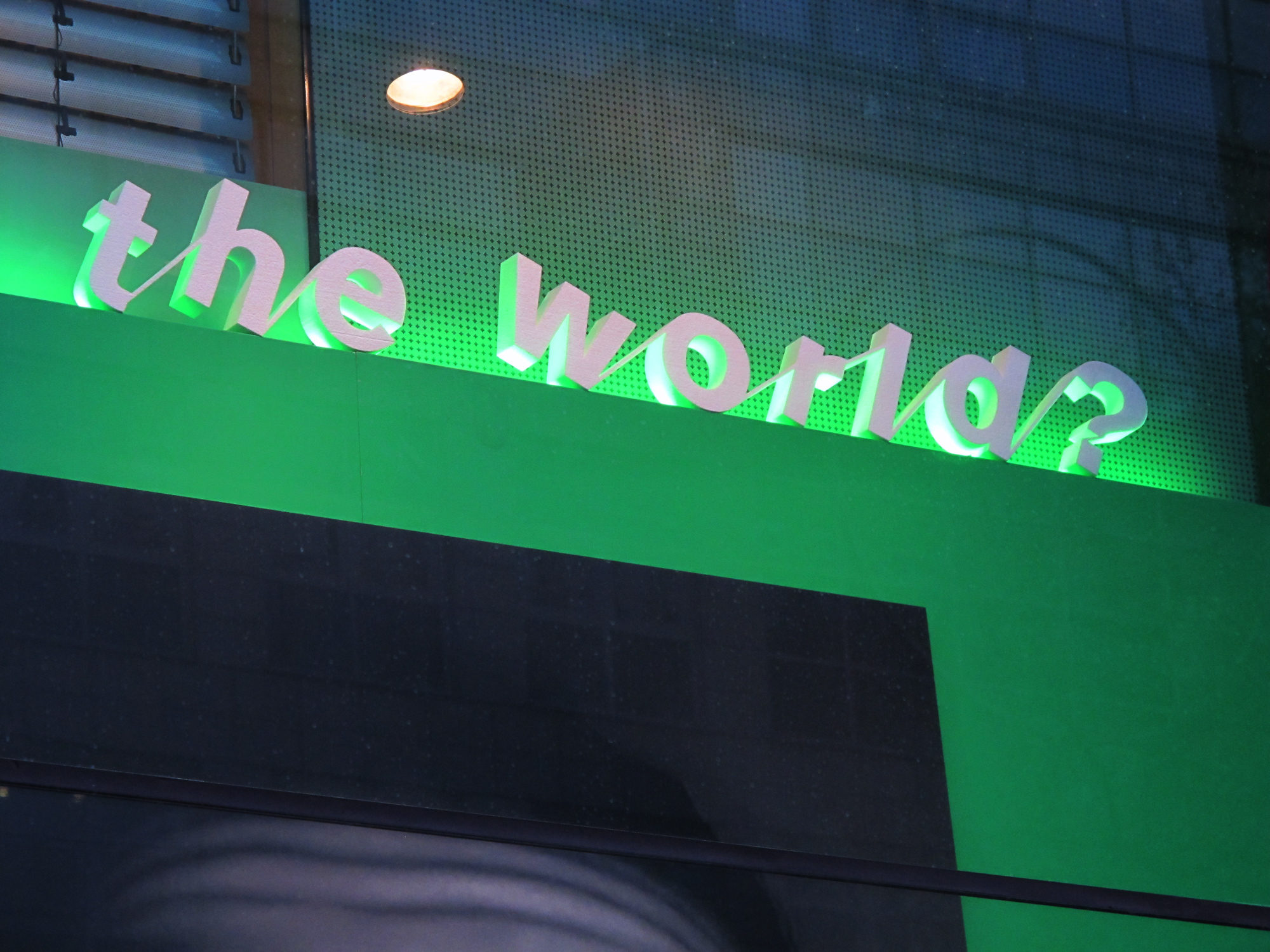 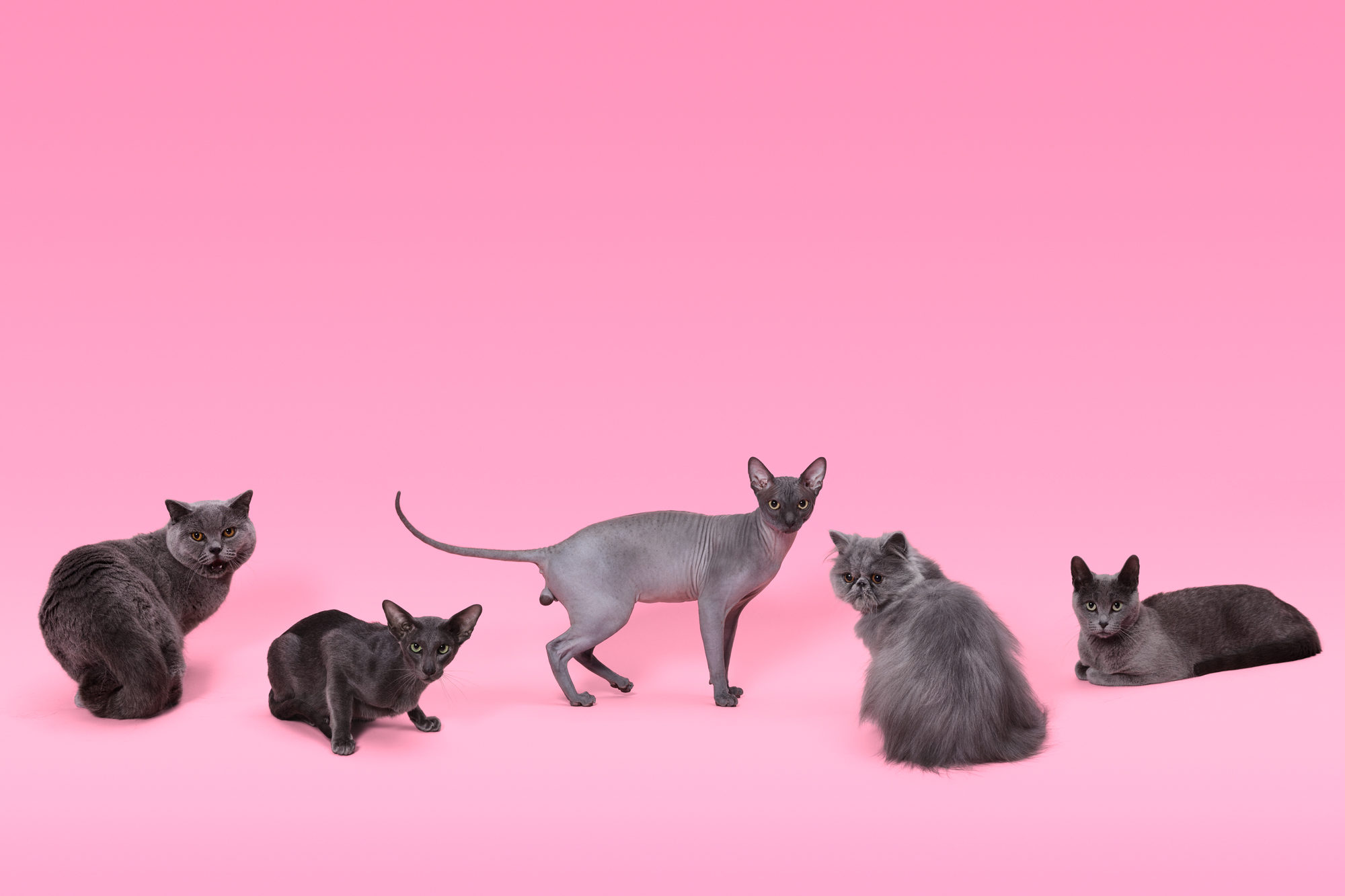 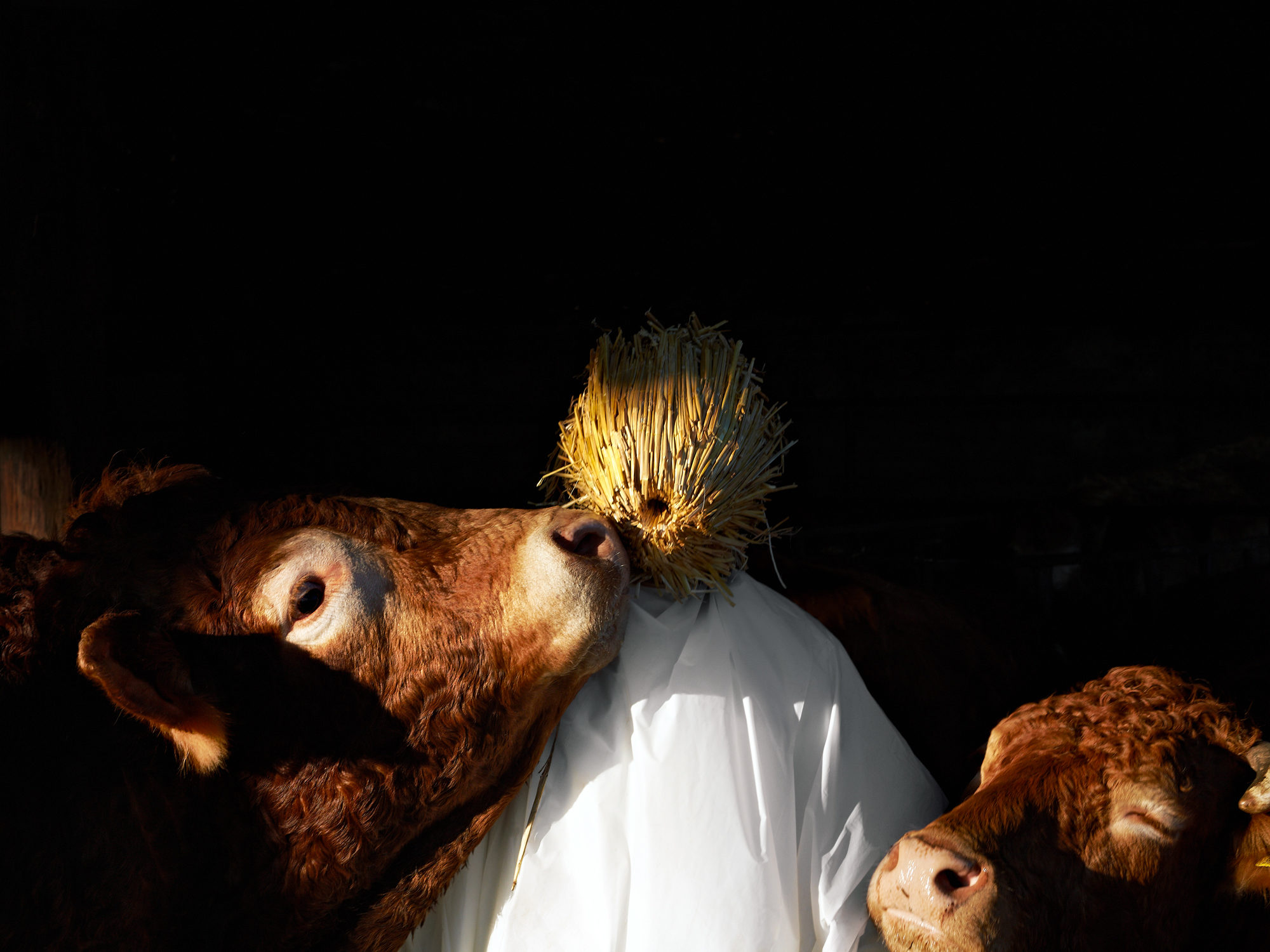 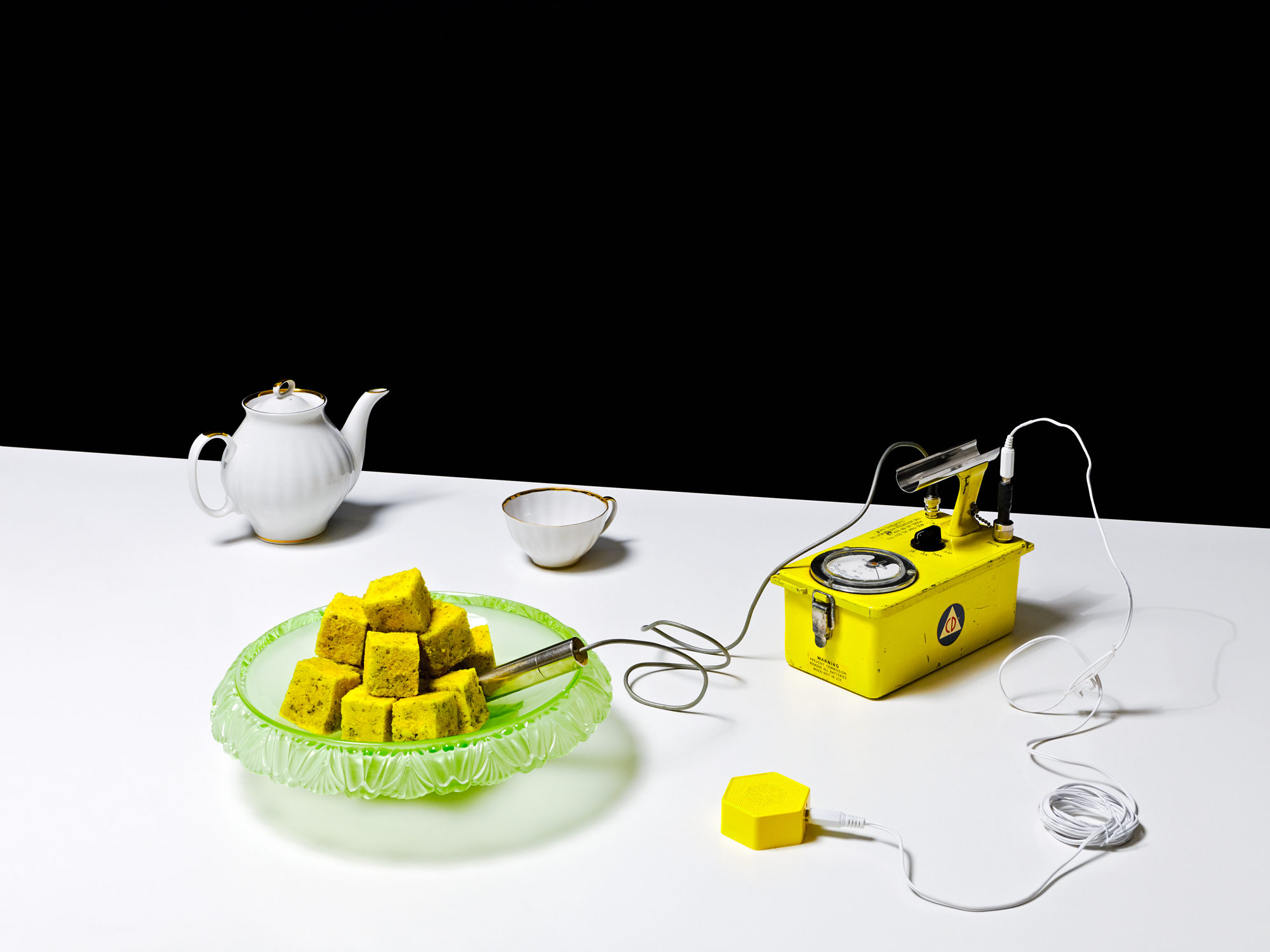 The Wellcome Trust is one of the most important funders of medical research in the world. ‘What if…’ was the 2010 window display in the Wellcome Trust’s London headquarters. Designed and curated by Dunne & Raby, it showcased a selection of the latest work from students and alumni of the Design Interactions department at the Royal College of Art, as well as work by Dunne & Raby themselves.

Kellenberger–White was commissioned to develop a flexible design and display system, as the content of the window exhibit was set to change four times throughout 2010.

Chroma key green was used as a backdrop to present the large images, monitors, objects and statements – making the window into a green-screen space of the kind familiar from film and TV production. The “What if…” texts were designed by reworking a modernist typeface into a rotated-italic, which was used to bring rhetorical emphasis to the statements. The leading “What if…” questions were produced as 3D, independently standing typographic forms. They were made from hot-wire cut polystyrene, a material selected for its lightness as well as its responsiveness to the green backlighting.