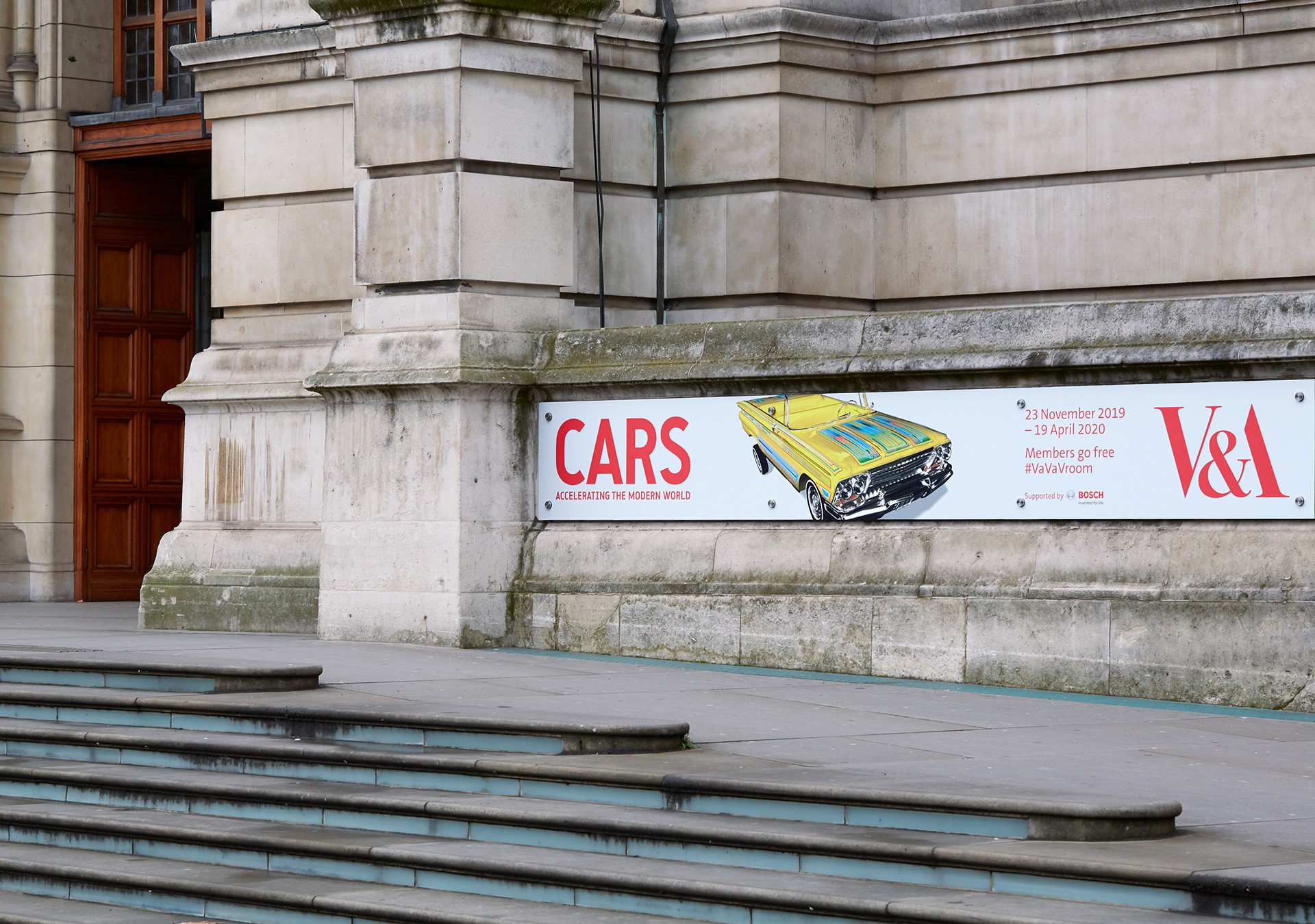 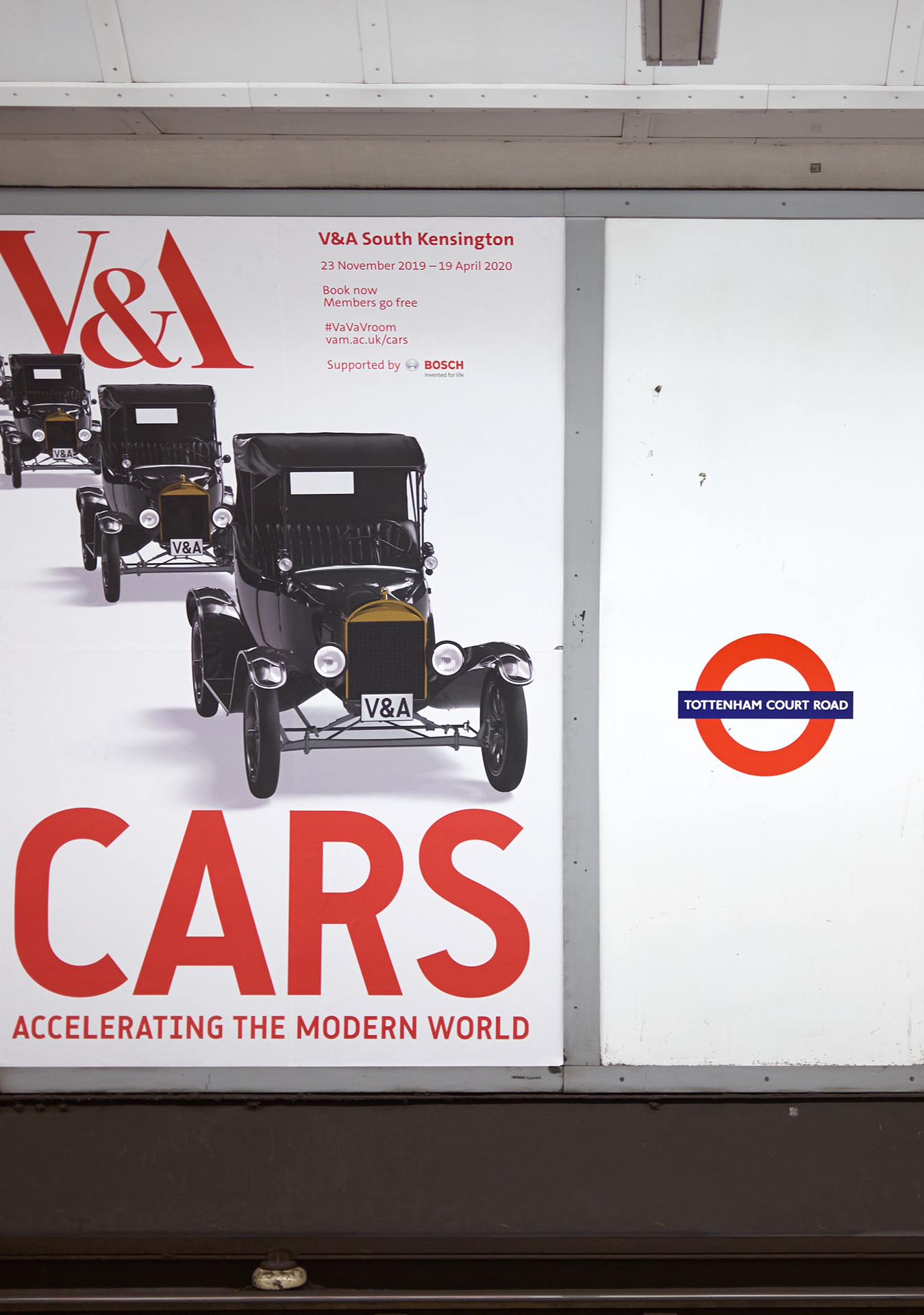 We built the marketing campaign for the V&A’s 2020 exhibition from three elements: the exhibition title, which we typeset in the number-plate inspired typeface KW Japan that we designed for the exhibition, a cut-out of an iconic car and the V&A’s Bodoni logotype designed by Alan Fletcher in 1989. By allocating the page space equally to text and image, by setting the type in traffic-code red and silhouetting the car against a white background to frame each one as a cultural artefact, we produced a stripped-back, straightforward campaign. The campaign included billboards, large-format banners, street signage, digital advertisements and animations for social media and invitations.

For the images we chose three cars emblematic of the exhibition’s themes of speed, mass-production and customisation: an aerodynamic General Motors Firebird, a standard Model T Ford and a pimped-up Cheviot Chevrolet Impala Convertible. These we had digitally rendered with the same 3D modeling techniques used in much car advertising today. The renders enabled a cohesive illustration style and allowed us to choose various angles for the different campaign formats.

We incorporated the cars into a series of short animations we art-directed. Each captured a feature of the car in one motion and culminated in a treatment of the V&A logotype: a string of Model T Fords roll off the production line preceding a column of assembling Vs and As; the yellow Chevy bounces along before the logotype peels off coloured layers; the Firebird whizzes past leaving a blurred ‘V&A’ in its wake.