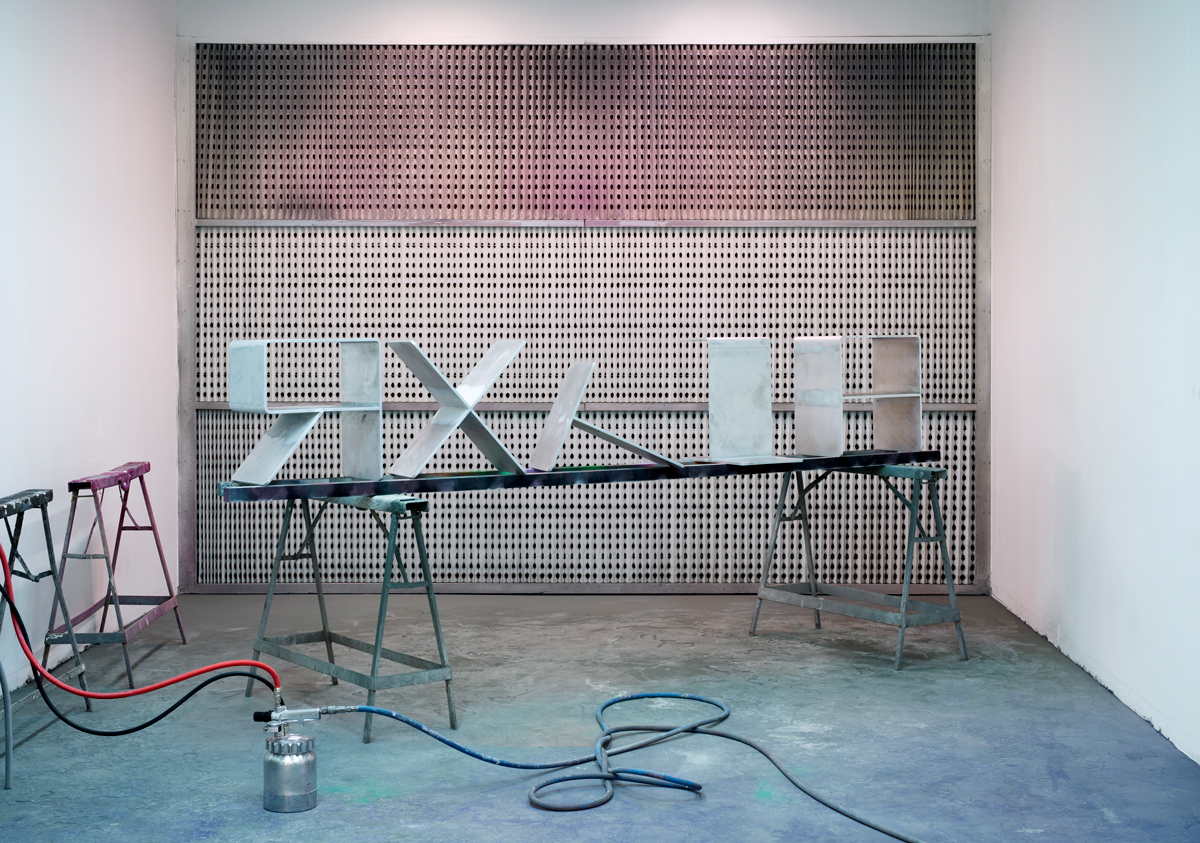 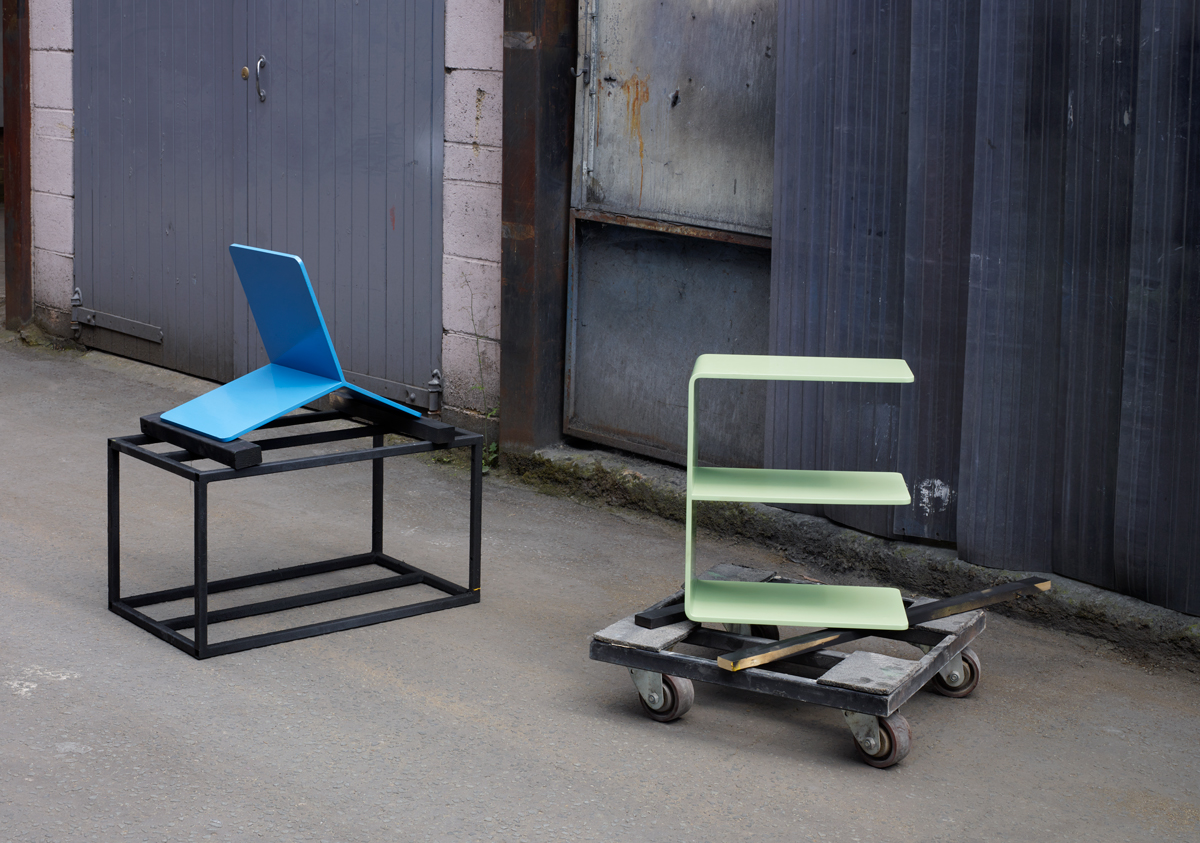 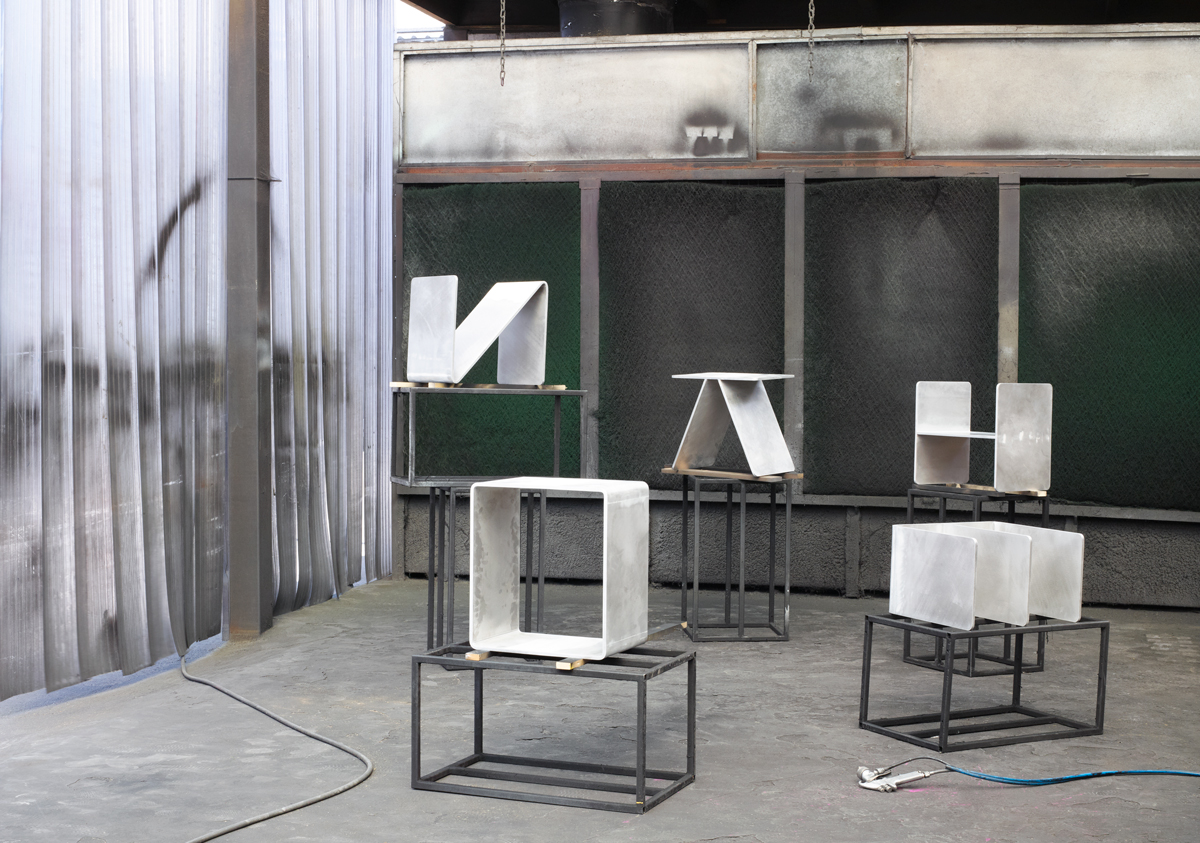 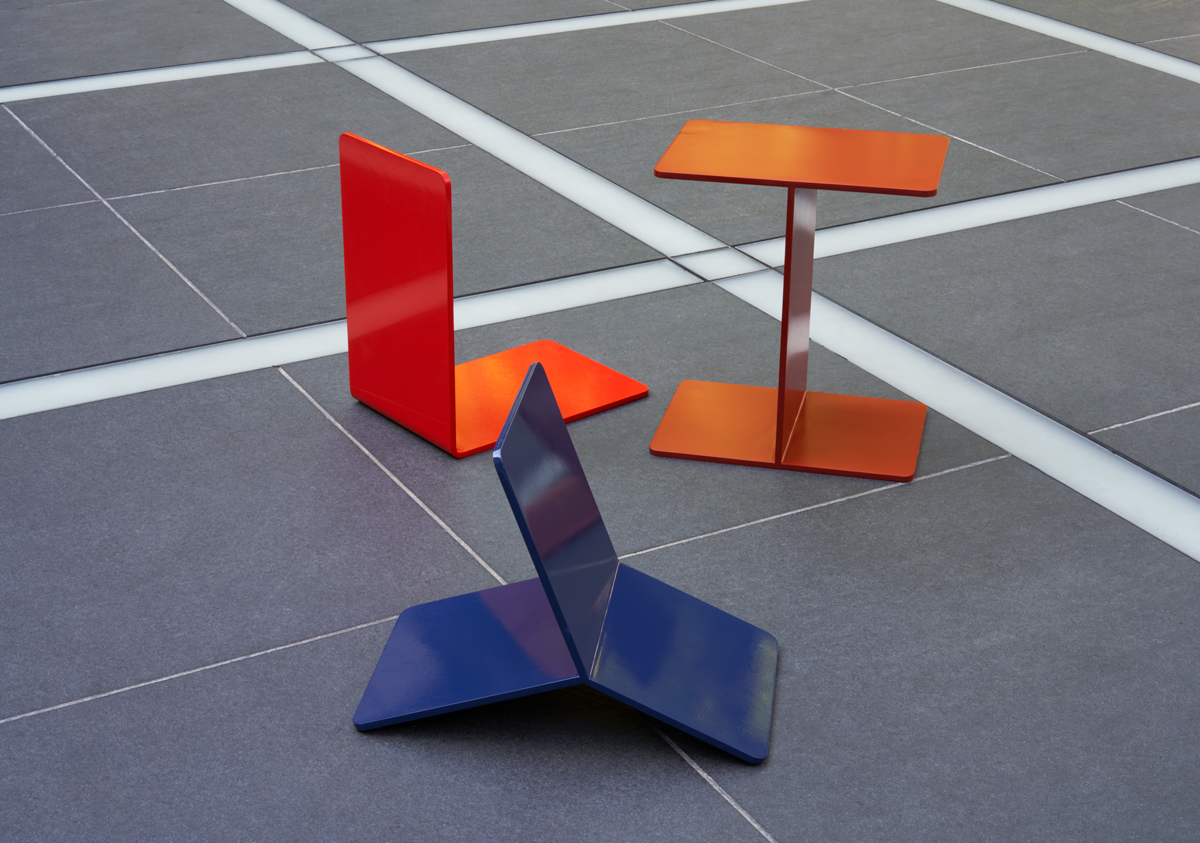 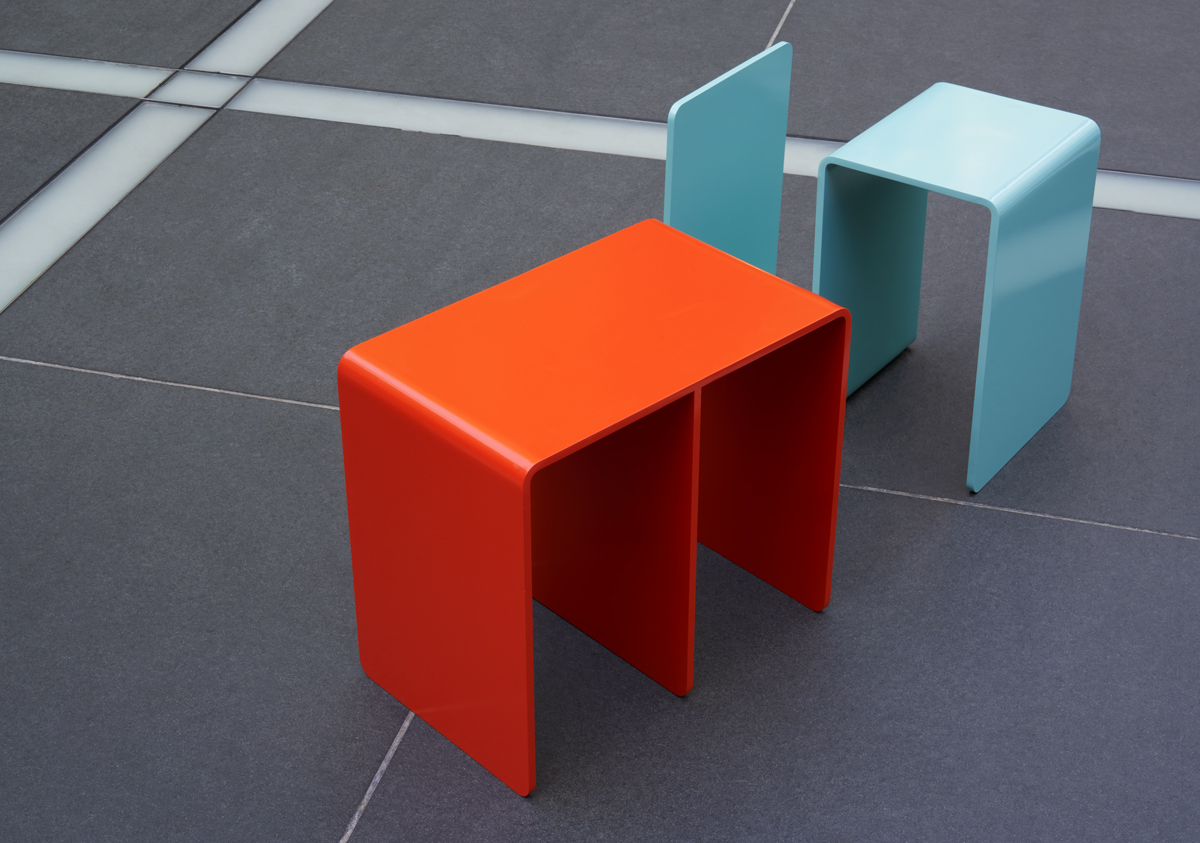 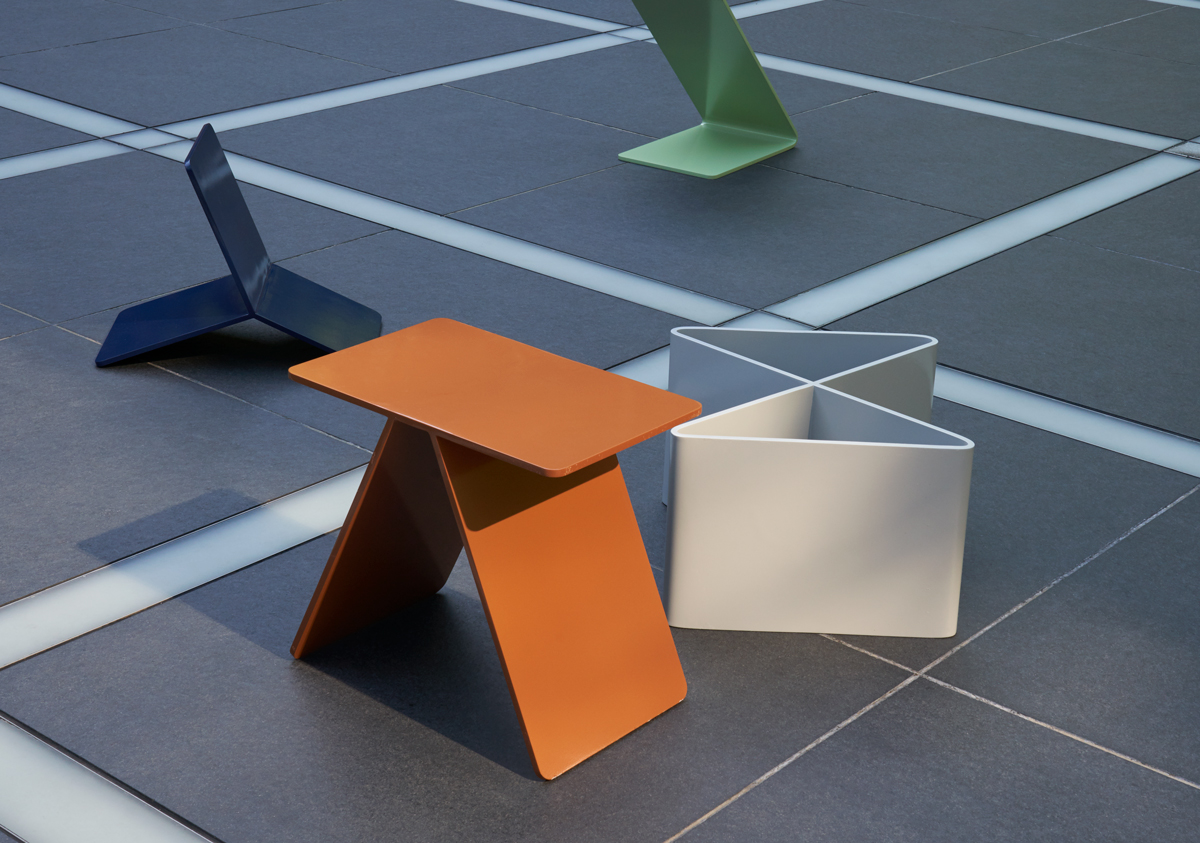 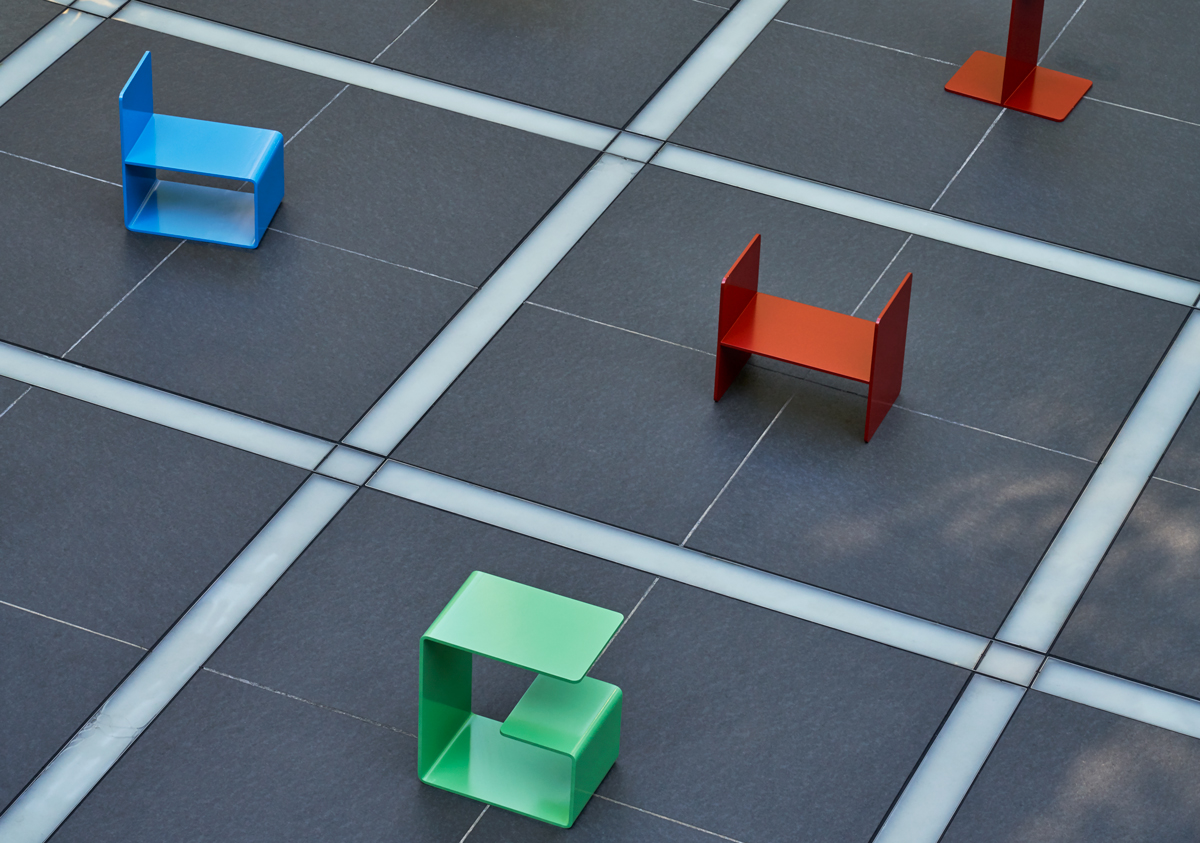 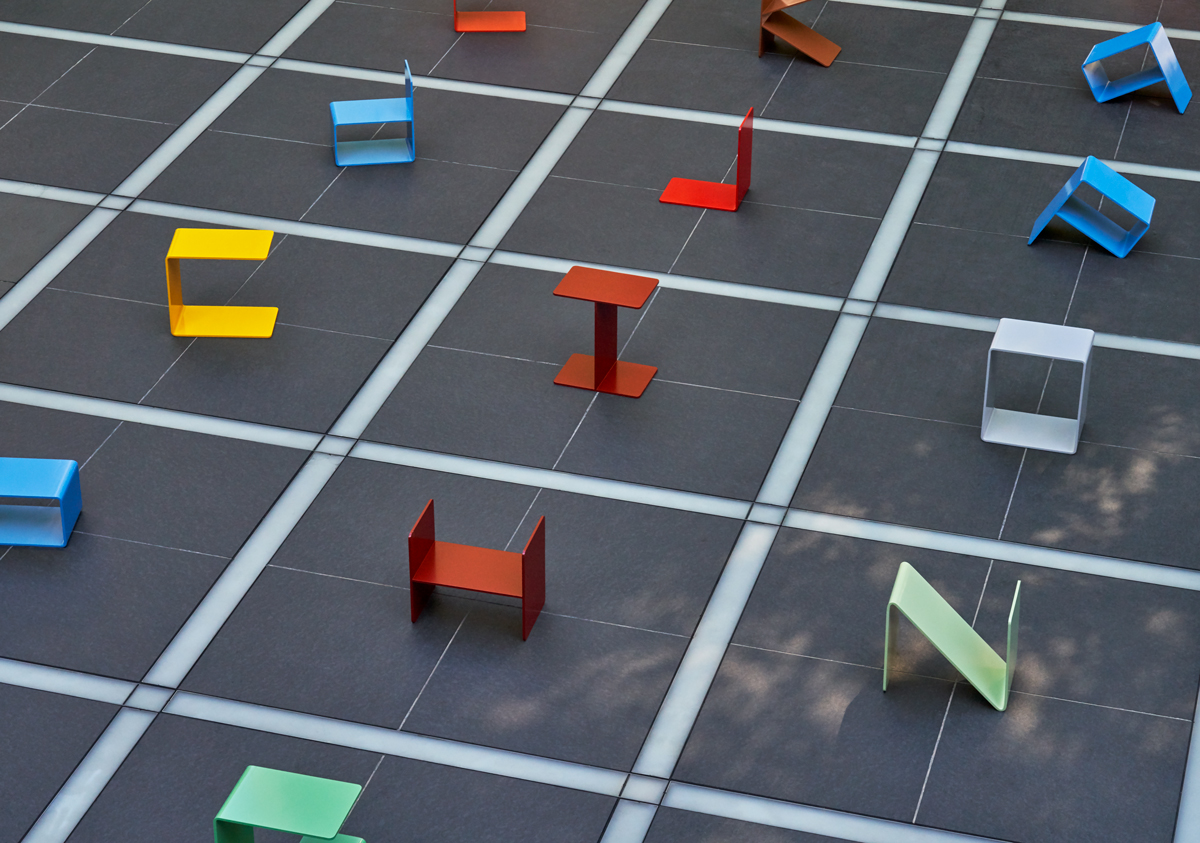 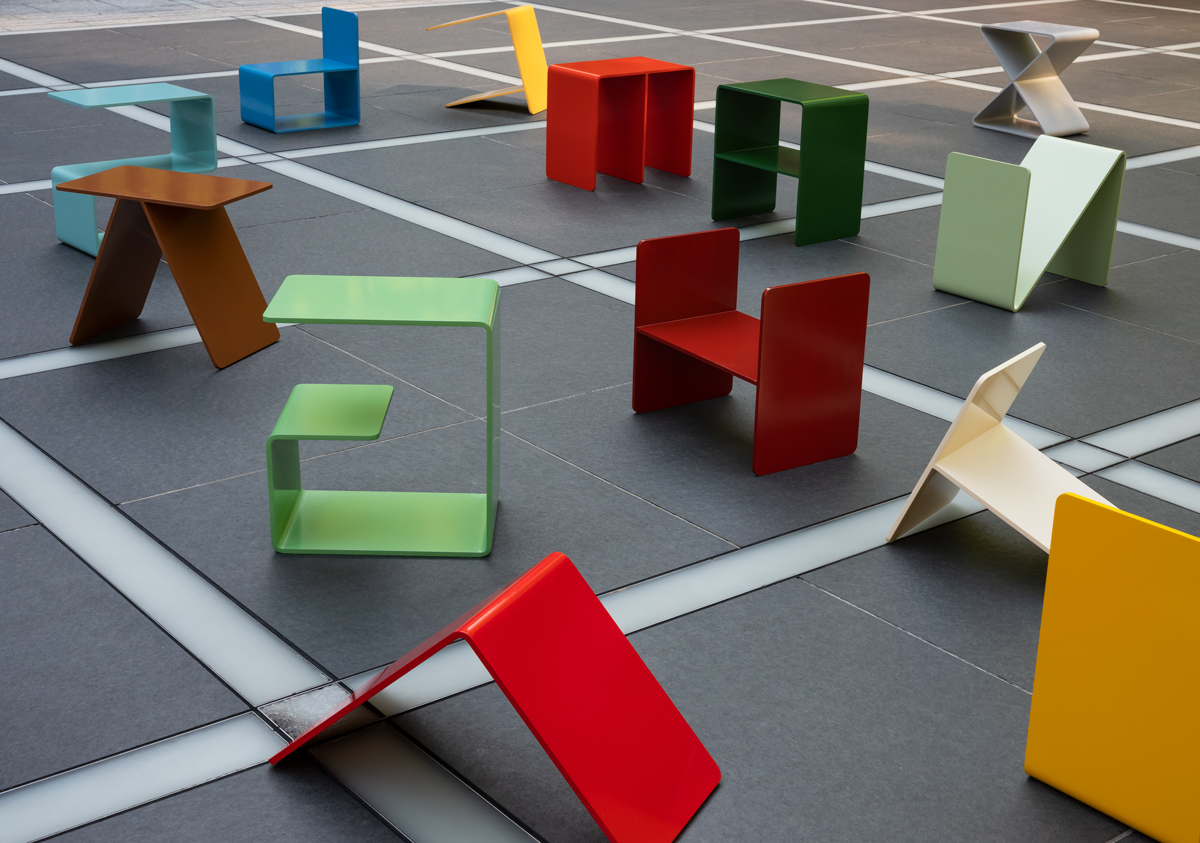 Every year, the London Design Festival commissions leading designers and architects to produce site-specific installations across the capital. For Finsbury Avenue Square in Broadgate, next to the Liverpool Street Station railyards and the exposed steel structure of Exchange House, we designed a playground of 26 coloured chairs, one for each letter of the alphabet.

We wanted to design an installation with which the public could interact. Italian designer Bruno Munari’s experimental ‘Seeking Comfort in an Uncomfortable Chair’ (1944) and artist Bruce McLean’s 1970s ‘Pose Works’ were important influences. Both explore unconventional relationships between the human body and the material environment.

Our “talking furniture” became an exercise in making the alphabet concrete. First we designed a typeface: each letter was made from two folding lines of two standard lengths. Accepting that the construction of some letters – such as the P – would inevitably make them unbalanced, we turned the typeface into three-dimensional drawings, based on human measurements, from which we made small-scale paper maquettes. We then worked with a production company, drawing on their knowledge of metal folding and welding, to transform the idea of folded paper into the reality of folded steel.

We were delighted to see people use our stools in all kinds of ways, with the verbal element allowing people to spell out words and names, much as you might write in freshly poured concrete or draw in the sand on a beach.